The United States has its share of incredible mountain ranges — the iconic Rockies, the misty Appalachians, the volcanic Cascades, the titans of the Hawaiian archipelago, the glacial massifs of Alaska — each with an allotment of high-profile peaks.

Yet not all mountains, even those with impressive stats, necessarily make photogenic subjects. Some are perpetually shrouded in clouds, or monochromatic and dull when viewed at a distance, or tarnished by a lackluster backdrop. Not so for the following. We’ve curated a gallery of some of the most picturesque mountains and mountain views in the US. 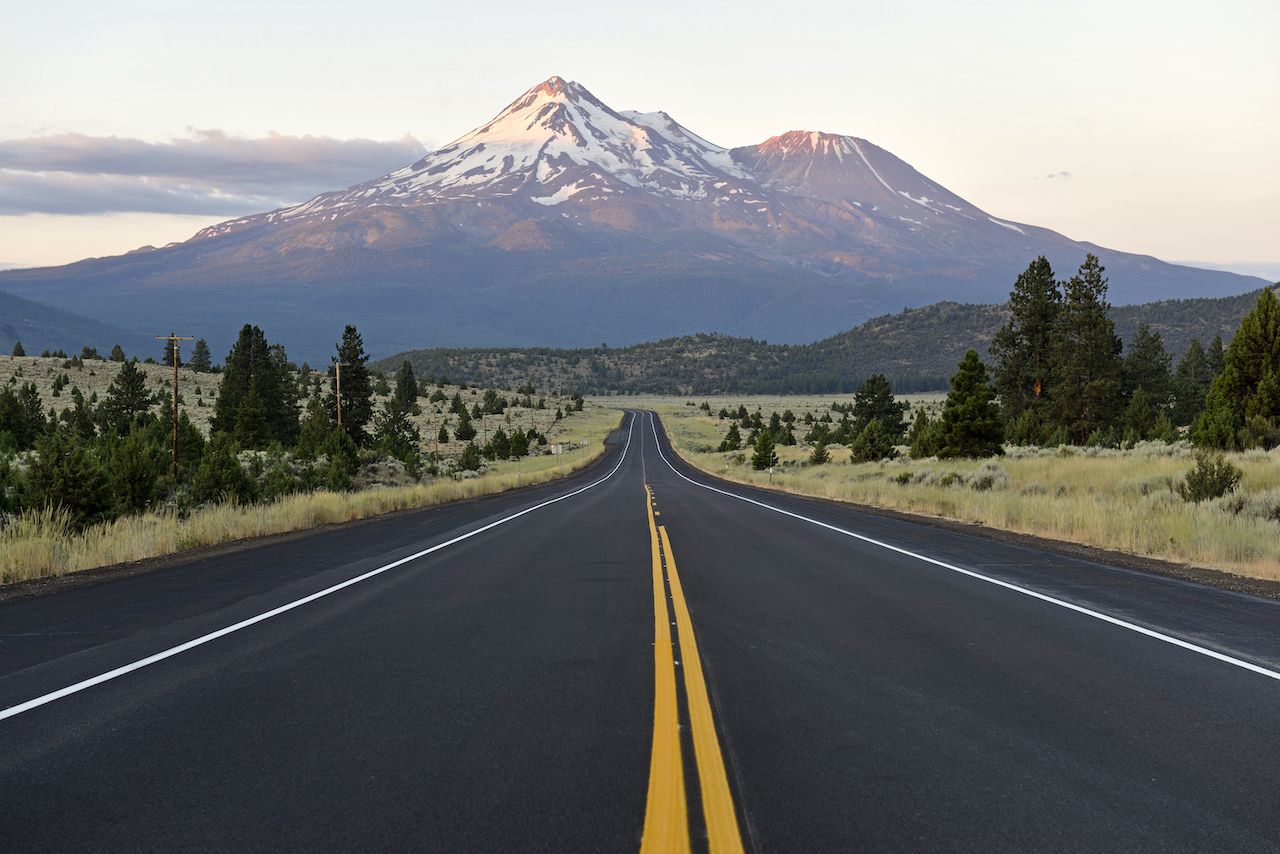 Mount Shasta is a volcano in Northern California near the border with Oregon. It’s picked up a reputation among New Agers as a global power center of harmonic convergence…which I’m sure is a very good thing. 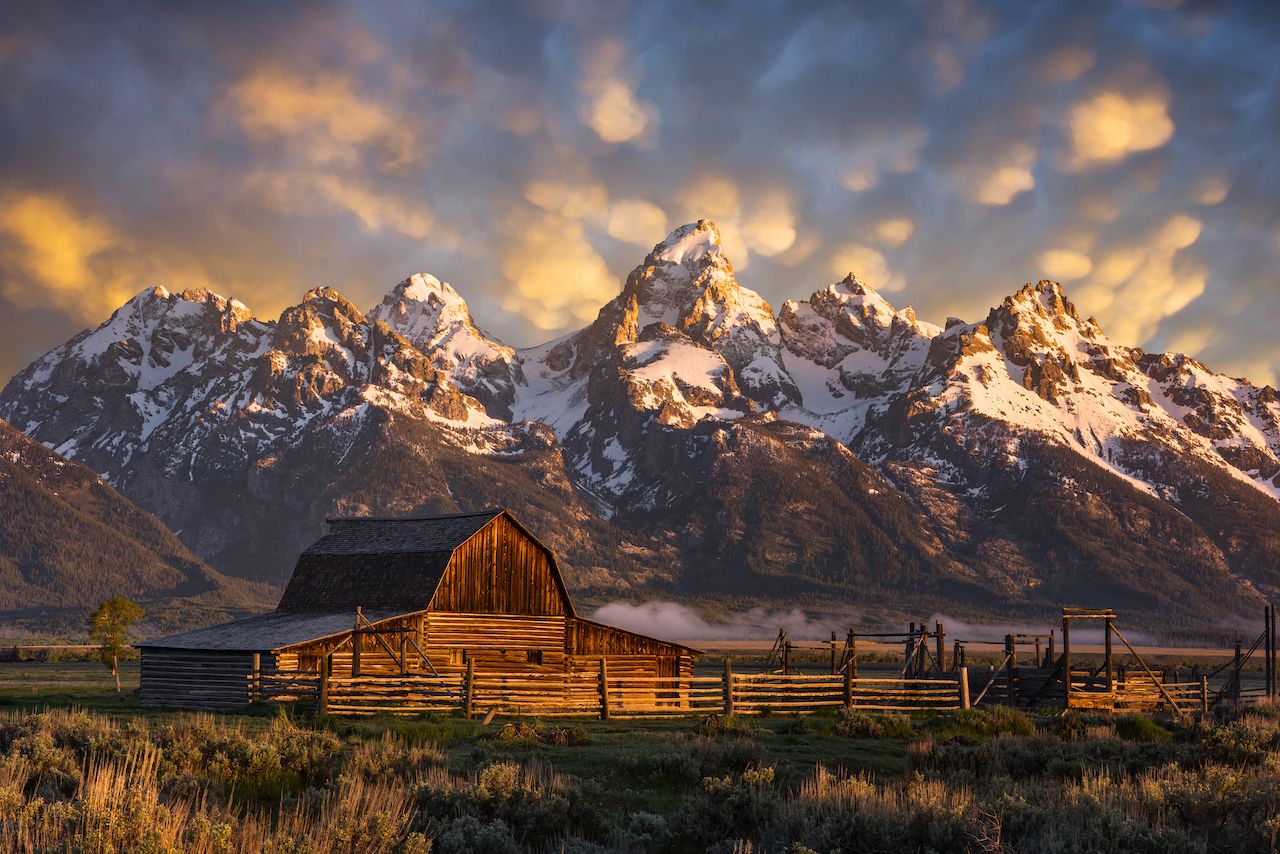 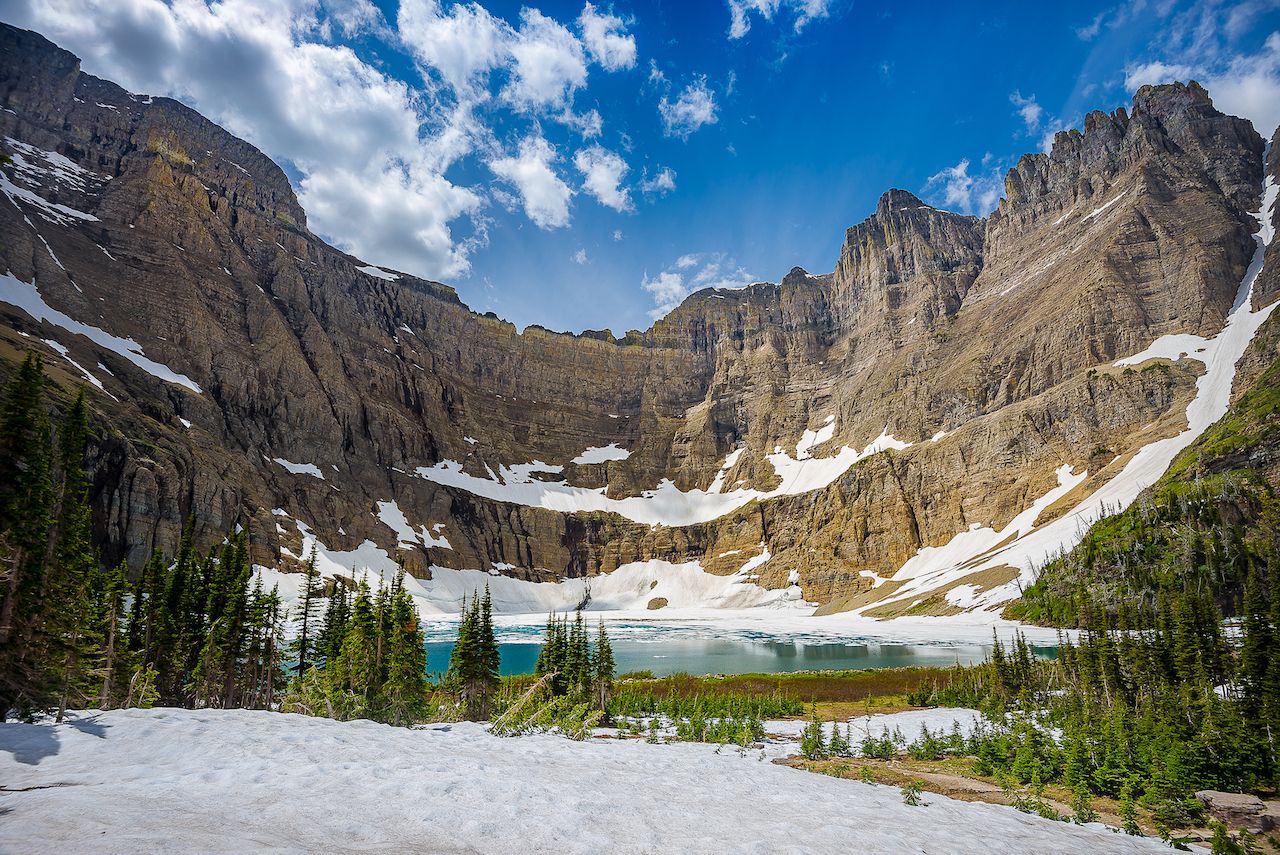 Glacier as a whole is one of the most scenic areas in the US. Sadly, the glaciers referred to in its name may all be gone by 2030 thanks to climate change. 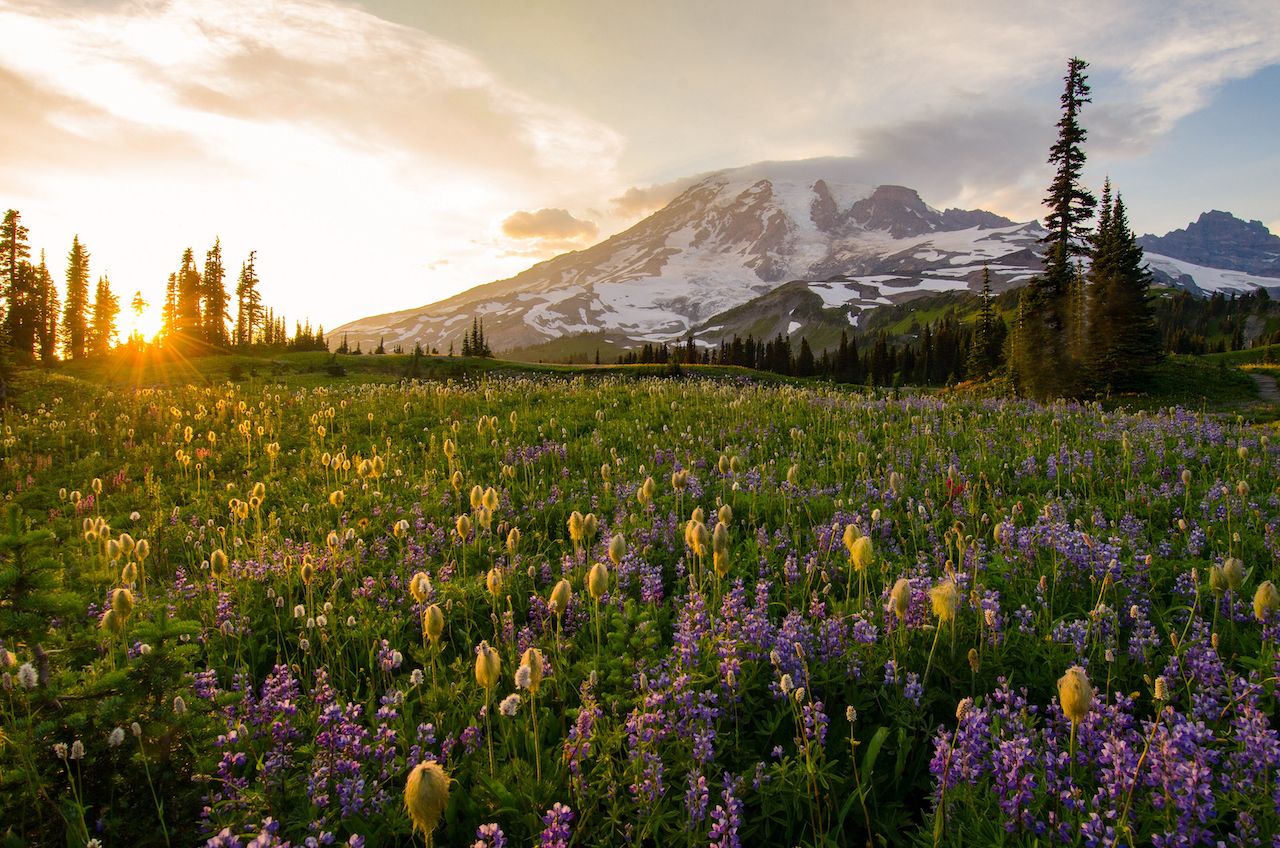 Just 54 miles from Seattle, Mount Rainier, an active volcano, has been deemed a “Decade Volcano,” which means it’s one of the 17 most potentially deadly volcanoes in the world. 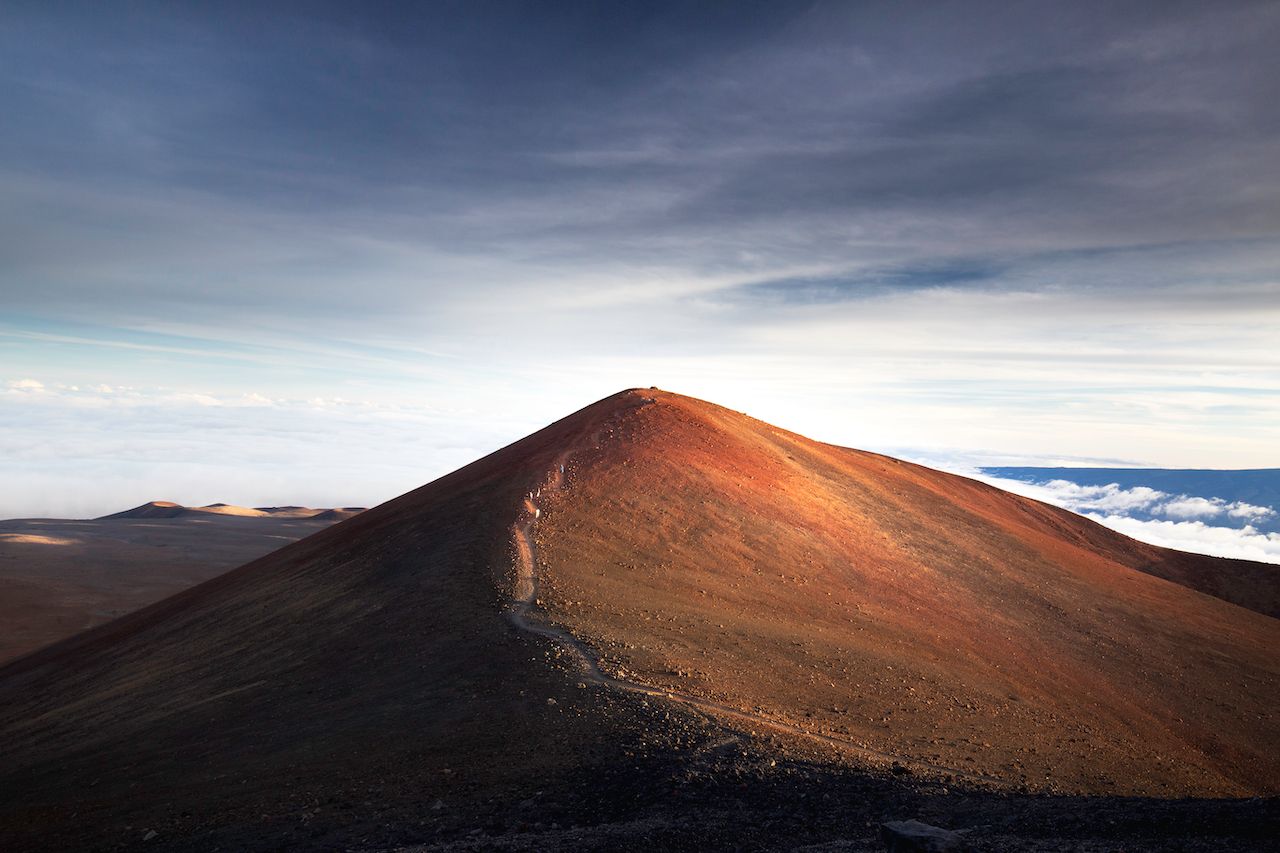 Mauna Kea is one of the five active volcanoes making up the Big Island of Hawaii, and the tallest. Technically speaking, from its base at the bottom of the ocean floor to its peak 4,200 meters above sea level, Mauna Kea’s taller than Everest. 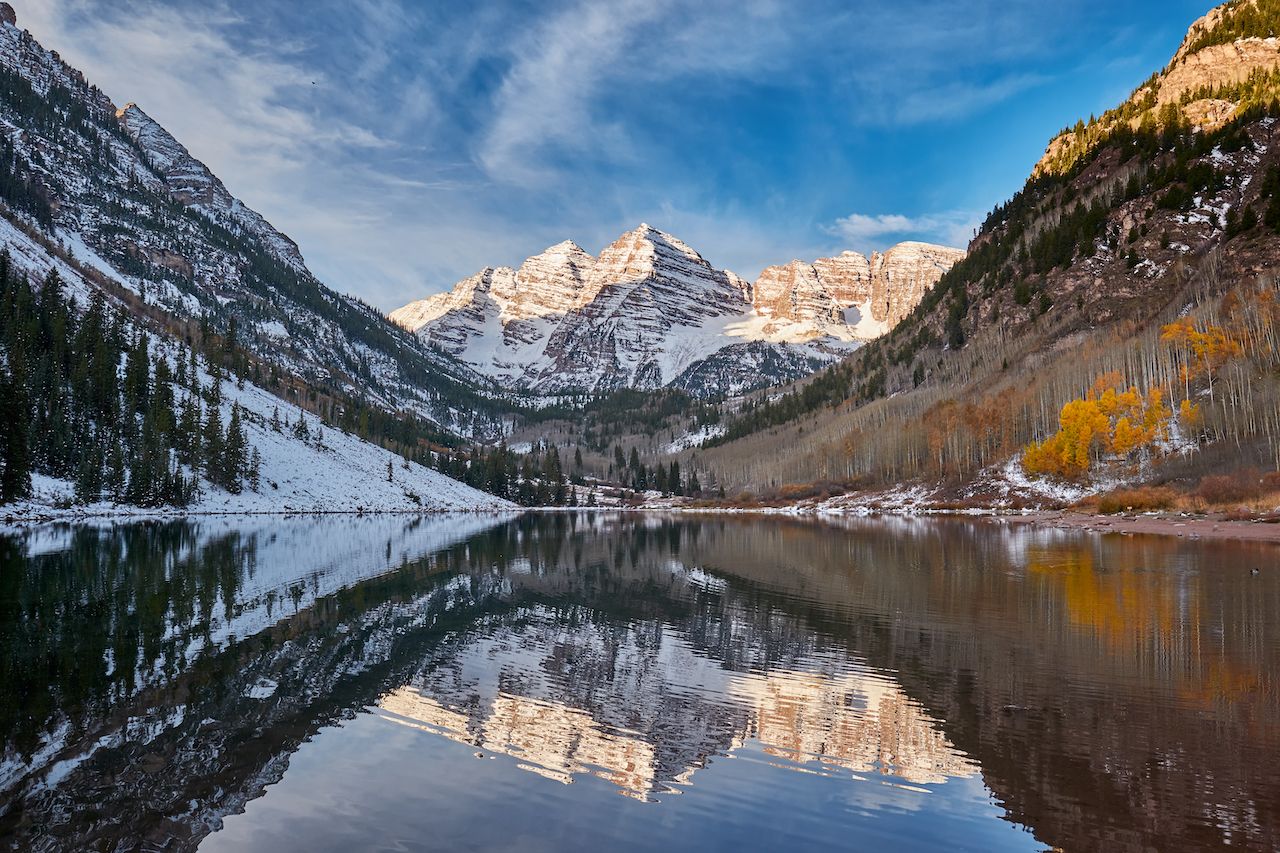 Though beautiful, the Maroon Bells near Aspen, Colorado have a secondary and less alluring moniker: the Deadly Bells. Climbers get into fatal accidents all too often attempting to summit these two peaks. 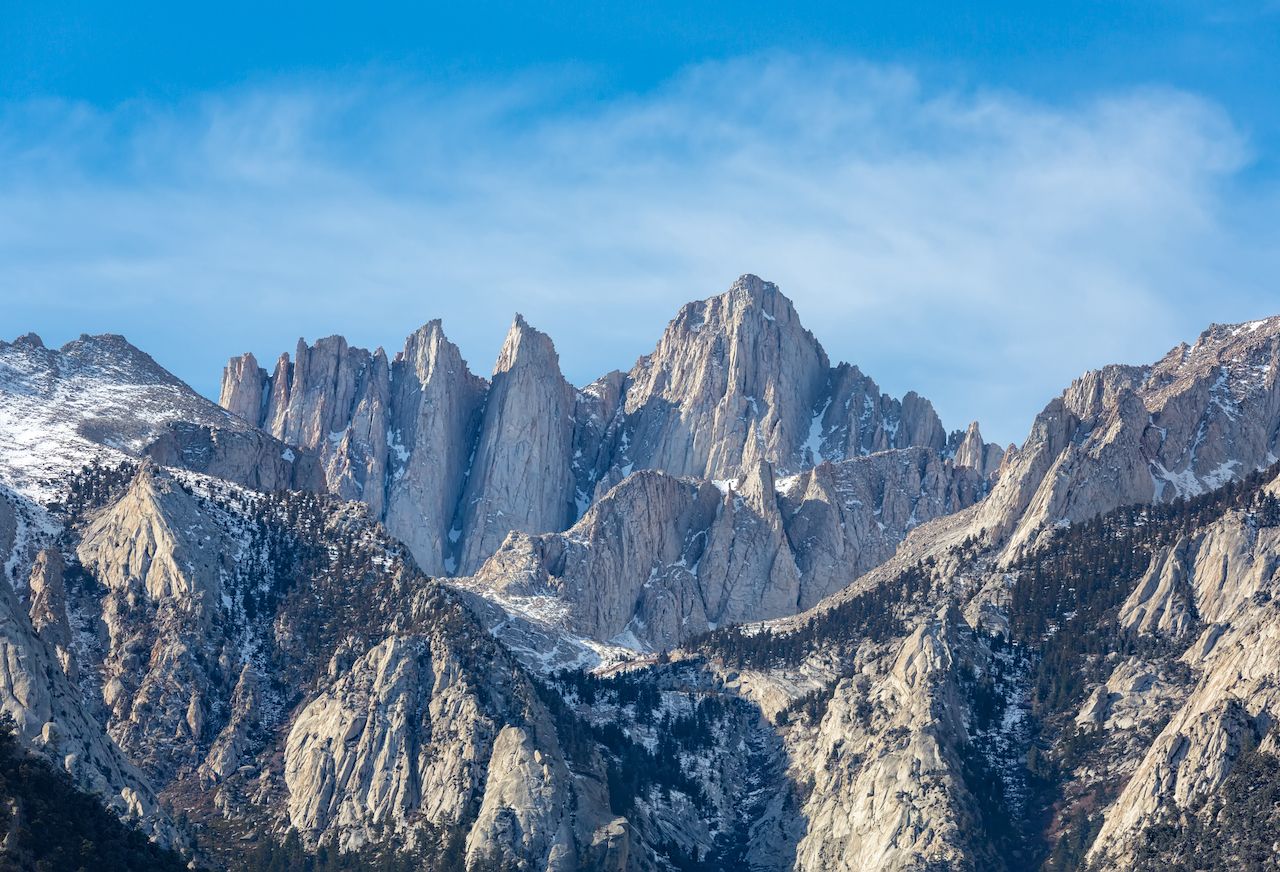 The highest mountain in the contiguous states, Mount Whitney practically adjoins the lowest point on the continent, just 84 miles away in Death Valley. It’s relatively easy to get to from the Bay Area or the SoCal sprawl and is one of the most-climbed mountains in the country. 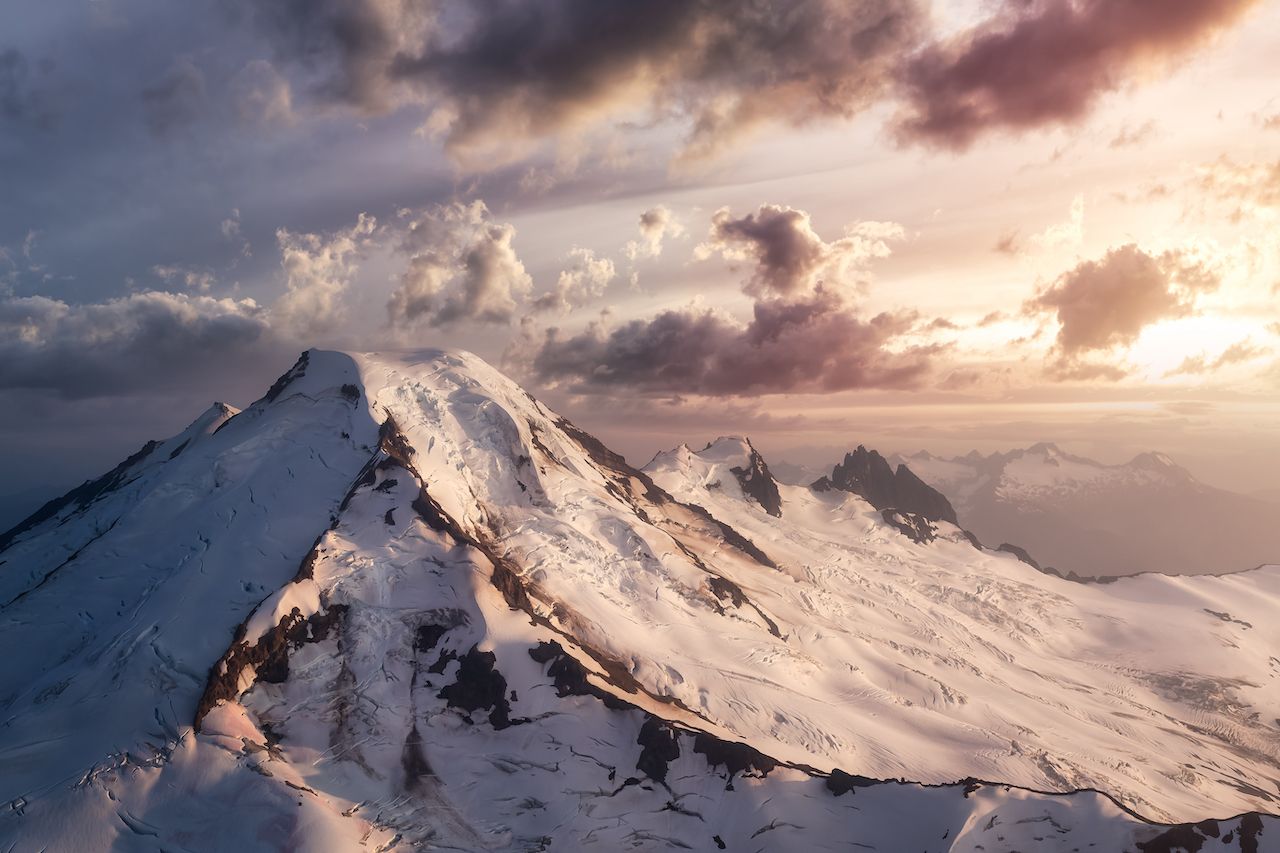 Mount Baker is in northern Washington near the Canada border and is one of the many volcanoes in the Cascade Range. It’s currently active, though it hasn’t appeared to be near eruption since 1975. It’s also one of the snowiest places in the world. 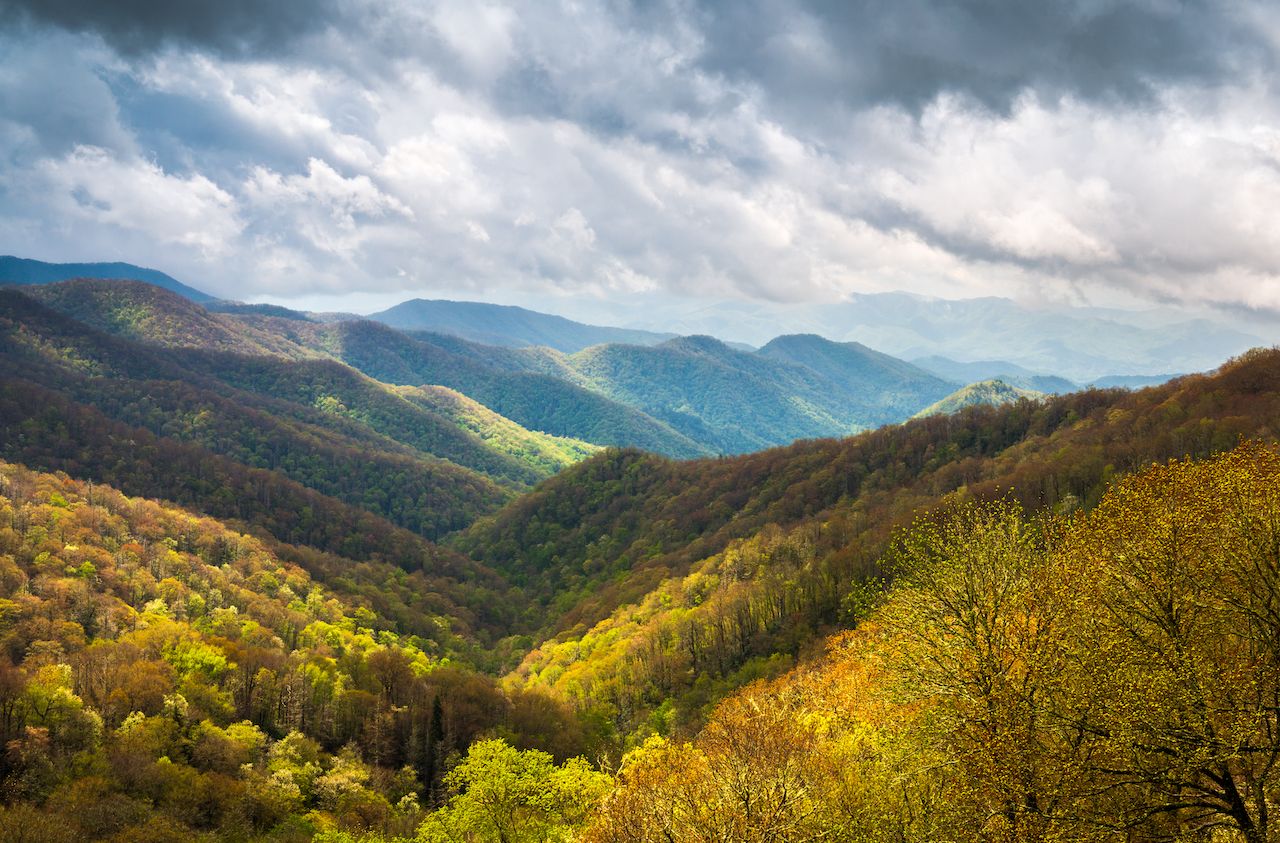 Most of the attention on America’s mountains gets placed (fairly) on the Rockies, Sierra Nevadas, and Cascades. They’re much taller out West, but the Appalachian Mountains are believed to have once been as tall as the Rockies or the Alps before they eroded down to their present heights. The Smokies are among the most picturesque of the Appalachians. 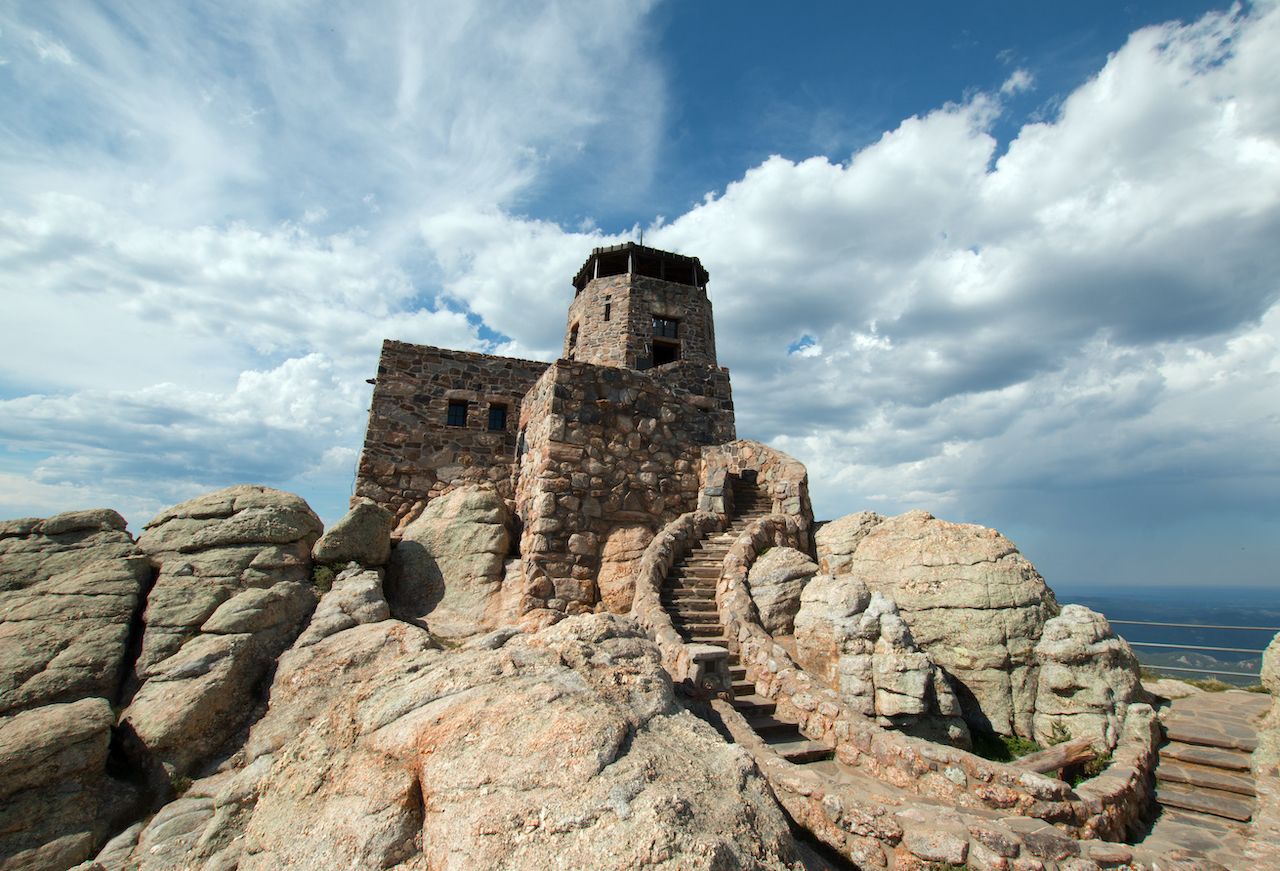 At 7,200 feet, Harney Peak is the tallest point in both the Black Hills of South Dakota and anywhere in the country east of the Rockies. 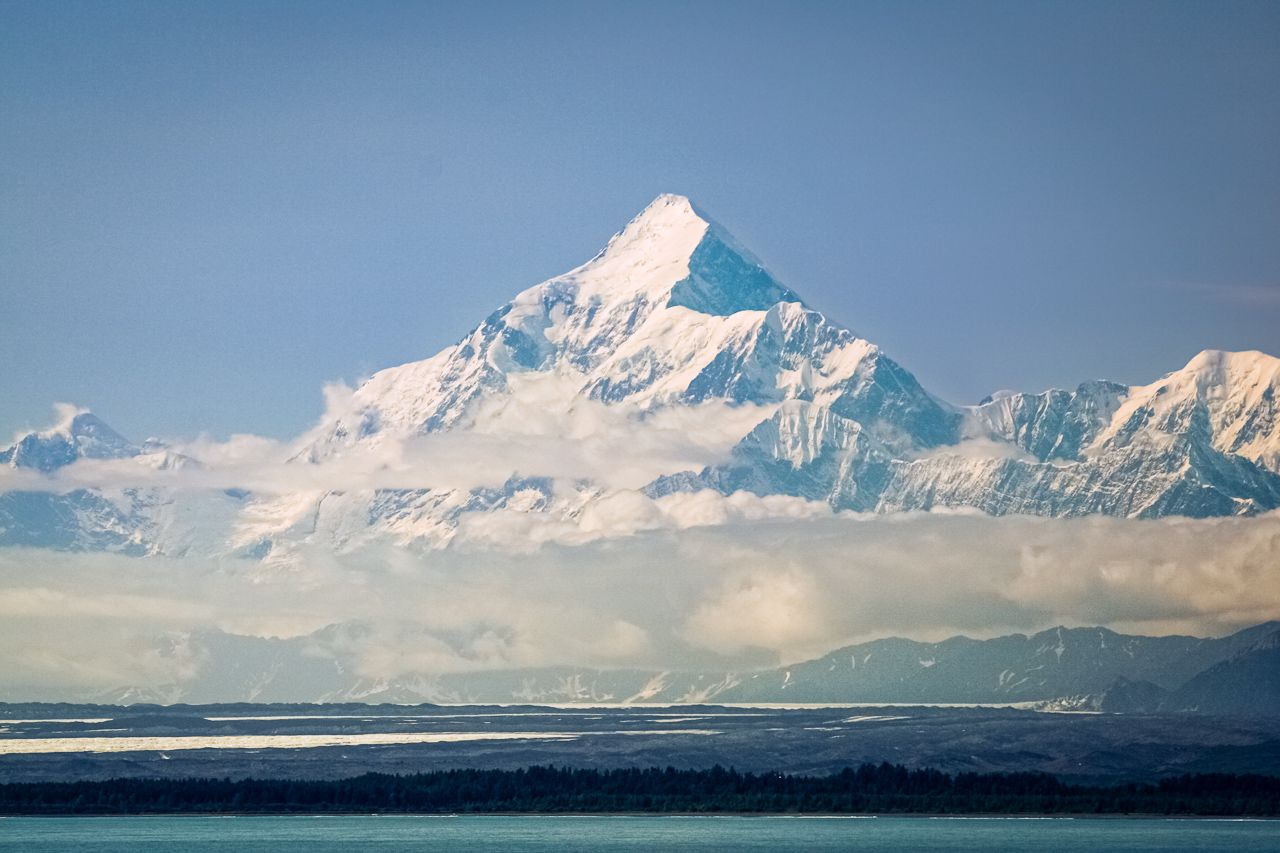 Mount Saint Elias has the dual distinction of being the second-tallest mountain in both Canada and the US, as it straddles the border. It’s not frequently climbed because it’s difficult to get to. 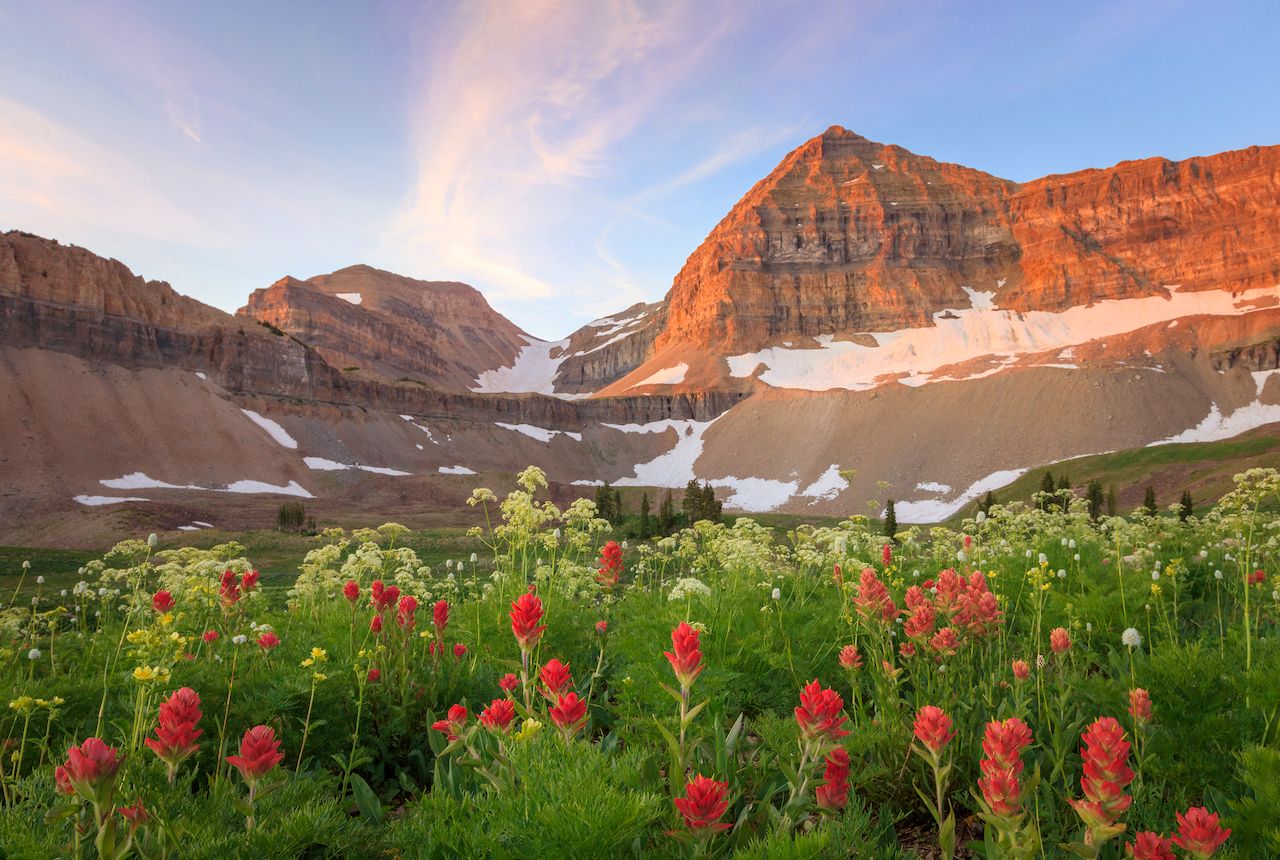 Mount Timpanogos in Utah’s Wasatch Range is fairly close to some of the largest population centers of the state, Salt Lake City and Provo. As such, it’s a very popular hiking spot. 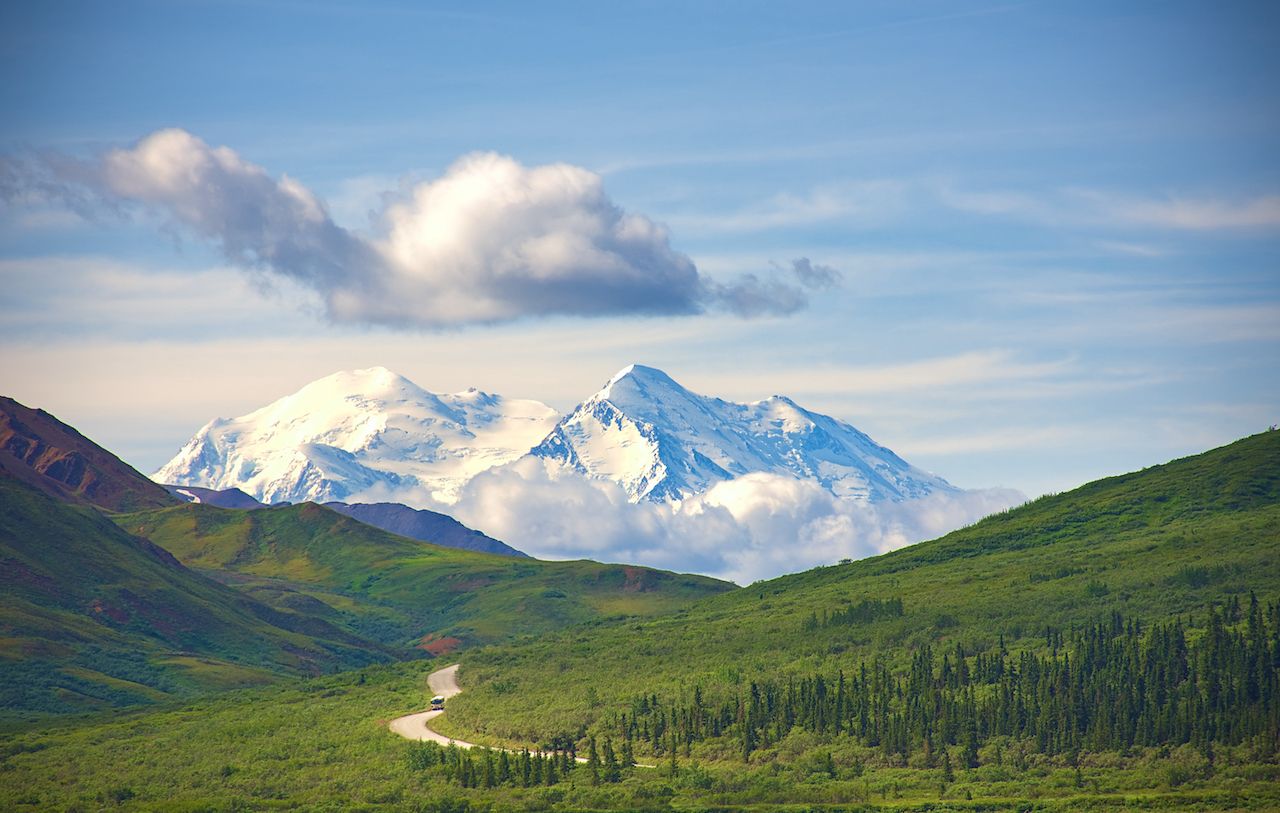 Also known as Mount McKinley, Denali is the tallest mountain in the US and on the North American continent. At a latitude of 63 degrees north, Denali’s severe winter conditions are analagous to those on the planet’s tallest peaks, so it’s ideal preparation for expeditions in the Himalayas. It takes two to four weeks to climb, with 58% of climbers reaching the top. 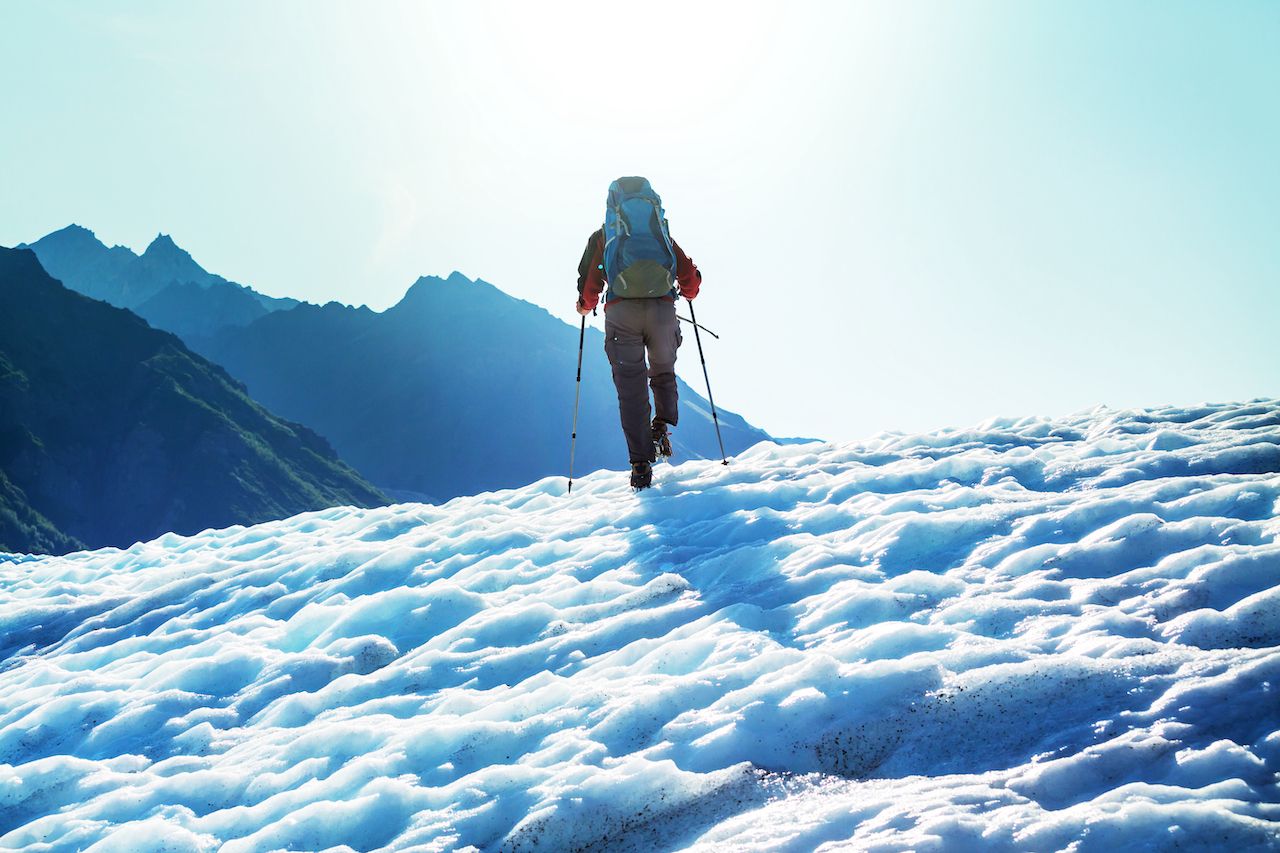 Wrangell-St. Elias National Park is the largest area administered by the US Parks Service, taking up a chunk of the territory where the Alaska Panhandle meets the rest of the state. Despite its incredible scope and beauty, the park only receives about 70,000 visitors a year. 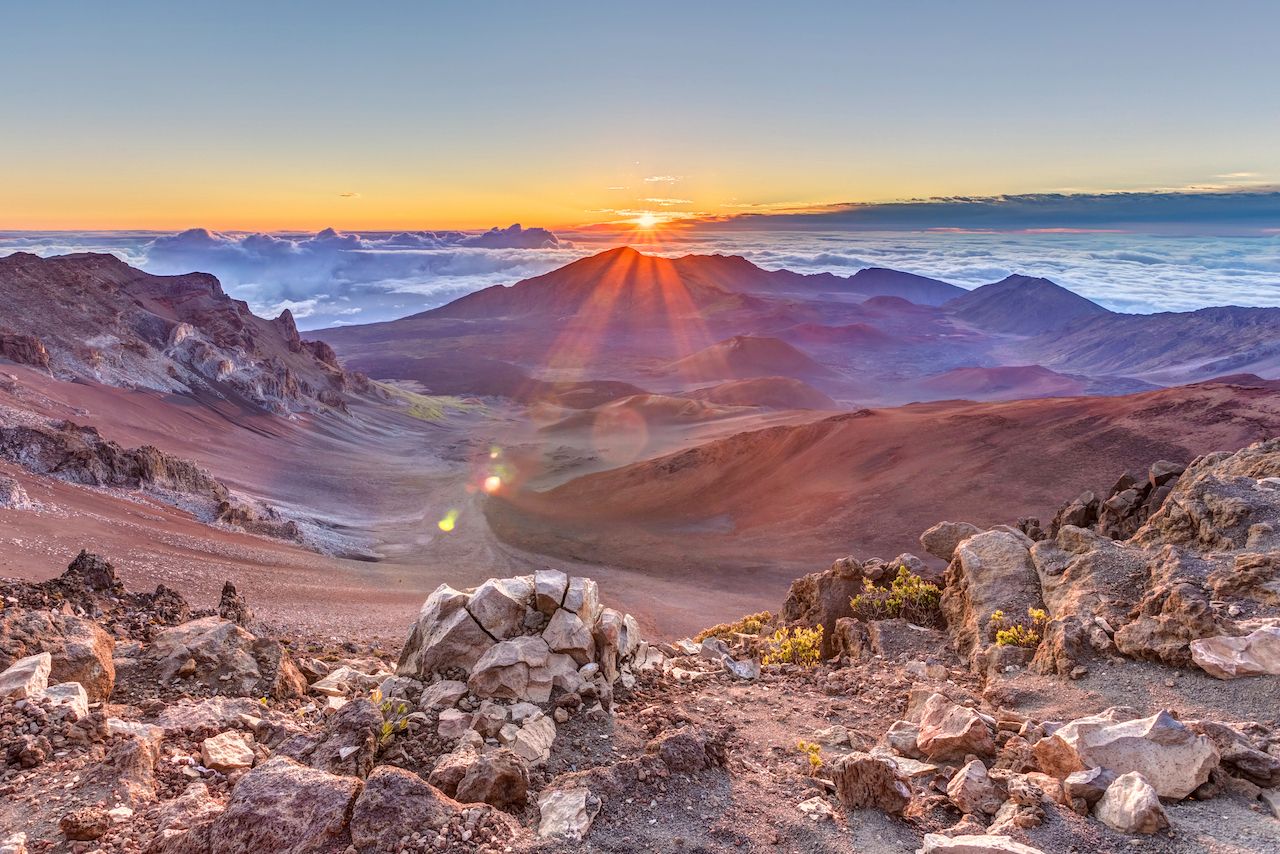 Haleakala is the volcano that makes up most of the island of Maui. It’s known among tourists for being a spectacular place to watch the sunrise. 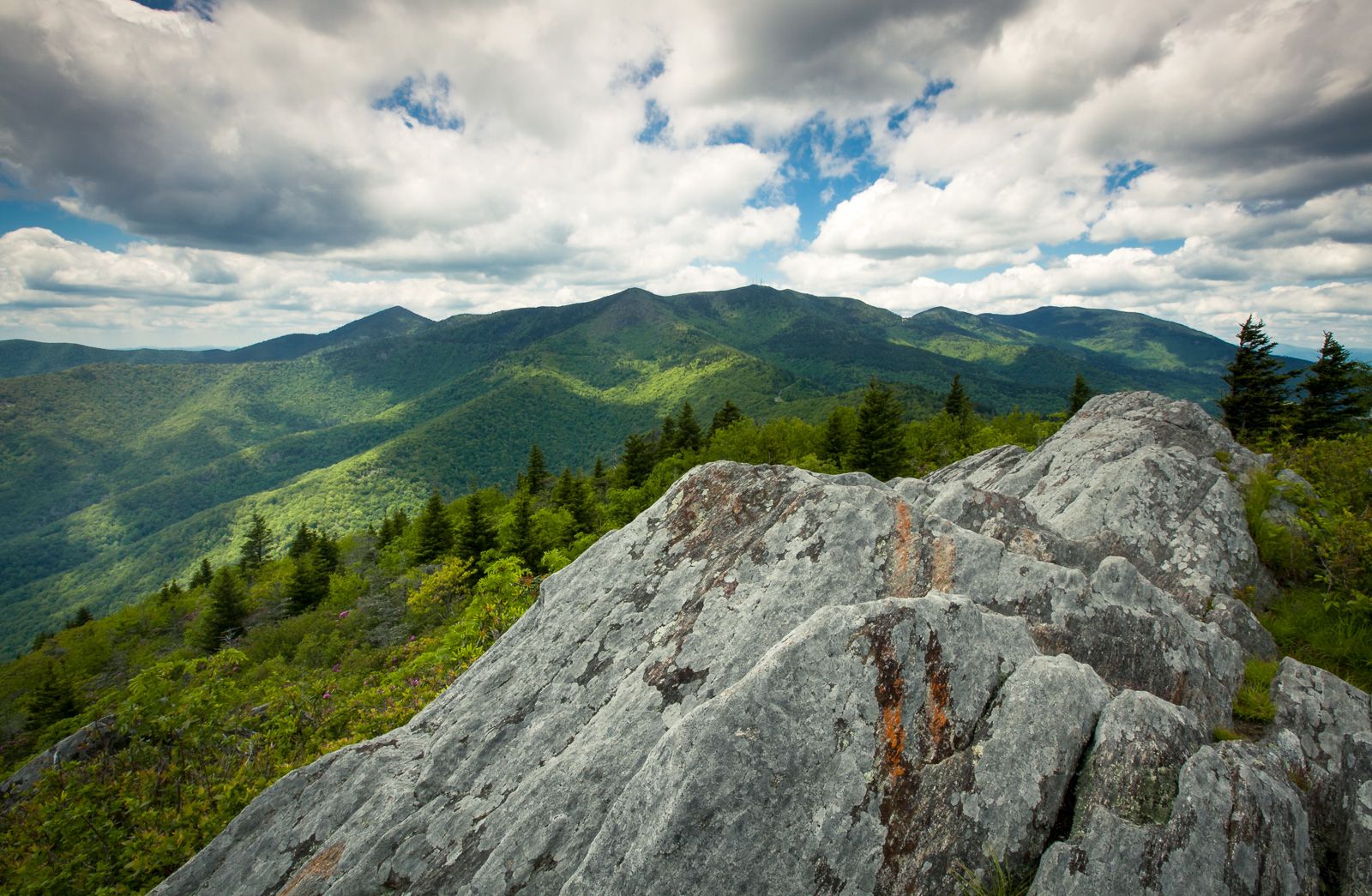 The highest peak in the Appalachians is Mount Mitchell, which makes it the highest mountain east of the Mississippi. It’s part of the Black Mountain Range in North Carolina. 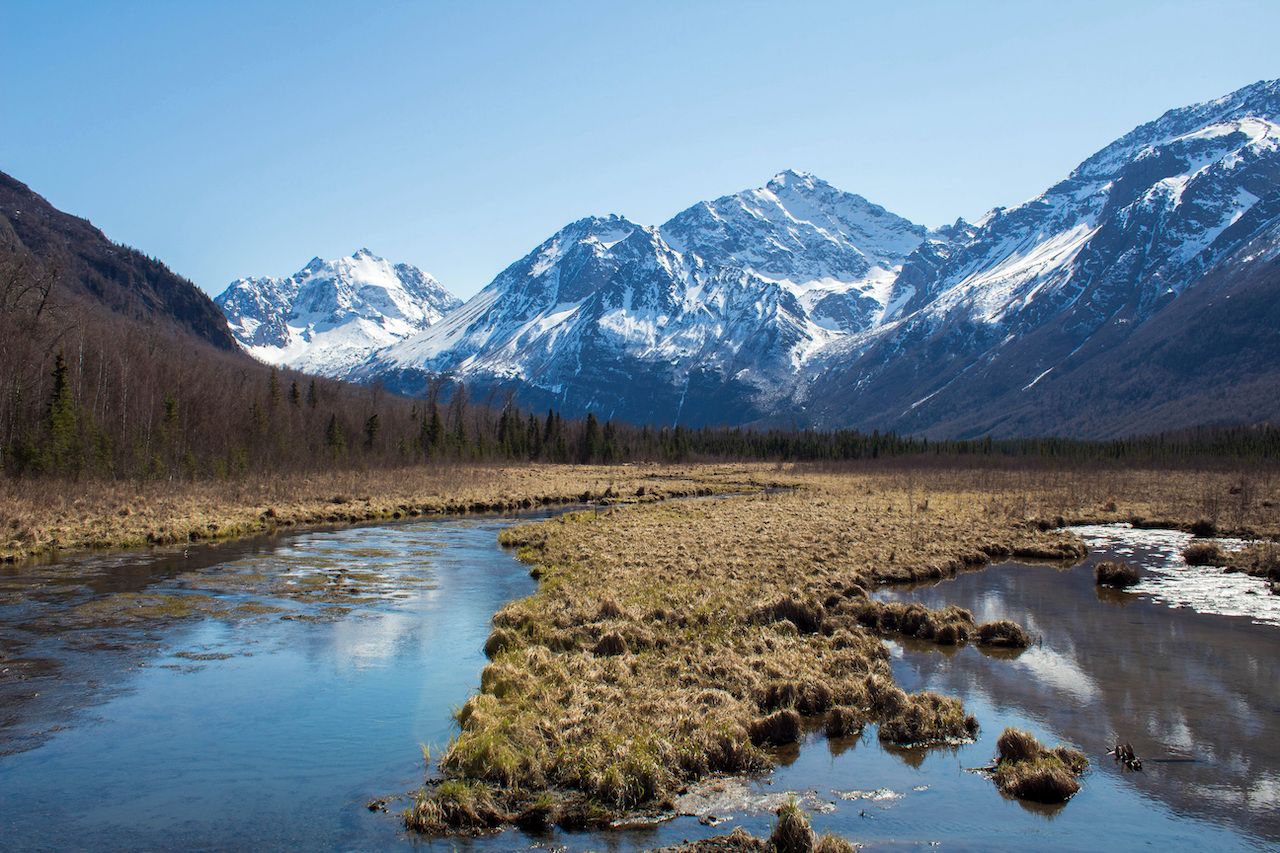 Hurdygurdy Peak is in the Chugach Mountains that skirt Anchorage. These are the mountains where the annual World Extreme Skiing Championships are held. 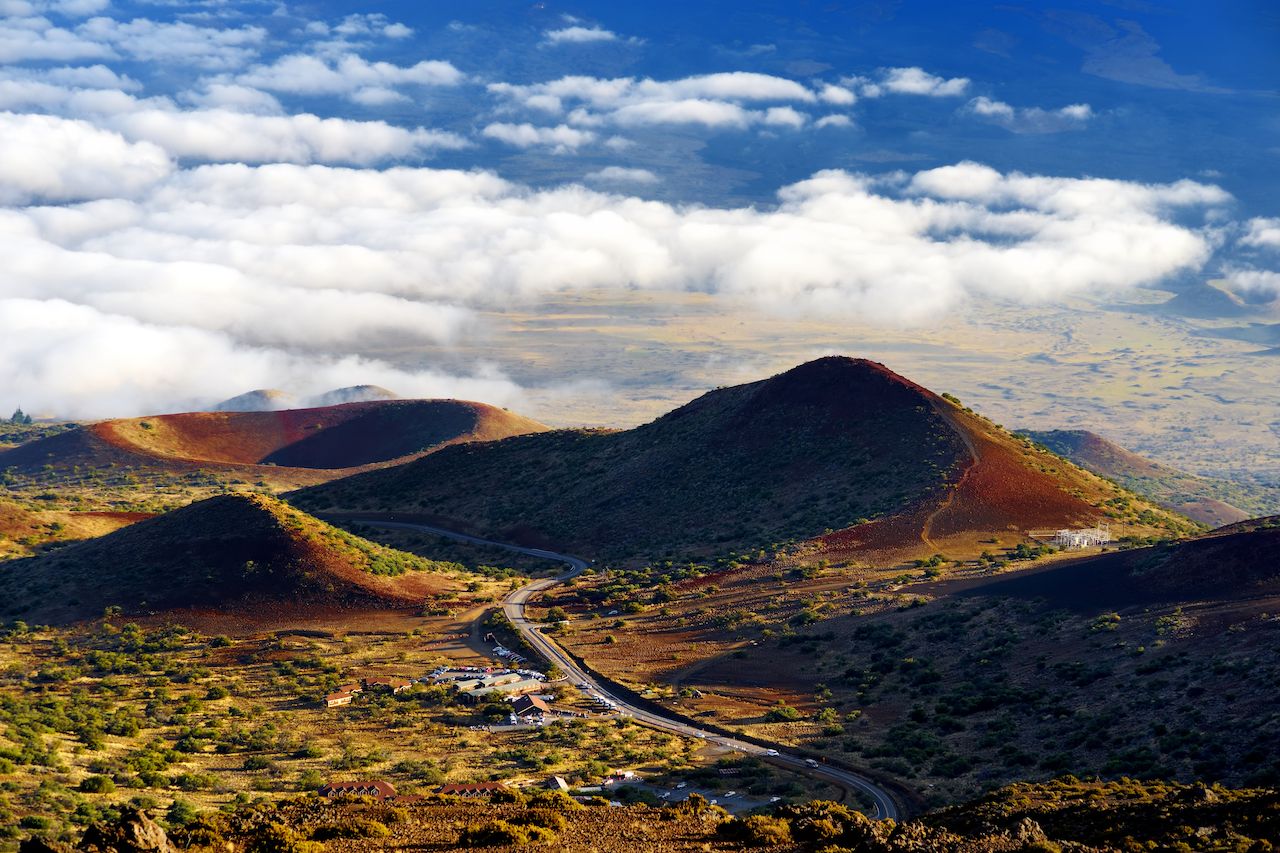 Mauna Loa, like Mauna Kea, is one of the volcanoes that makes up the Big Island of Hawaii. Although shorter, it outclasses its neighbor Mauna Kea by mass and volume. Plus, it’s probably better known because of the macadamia-nut brand. 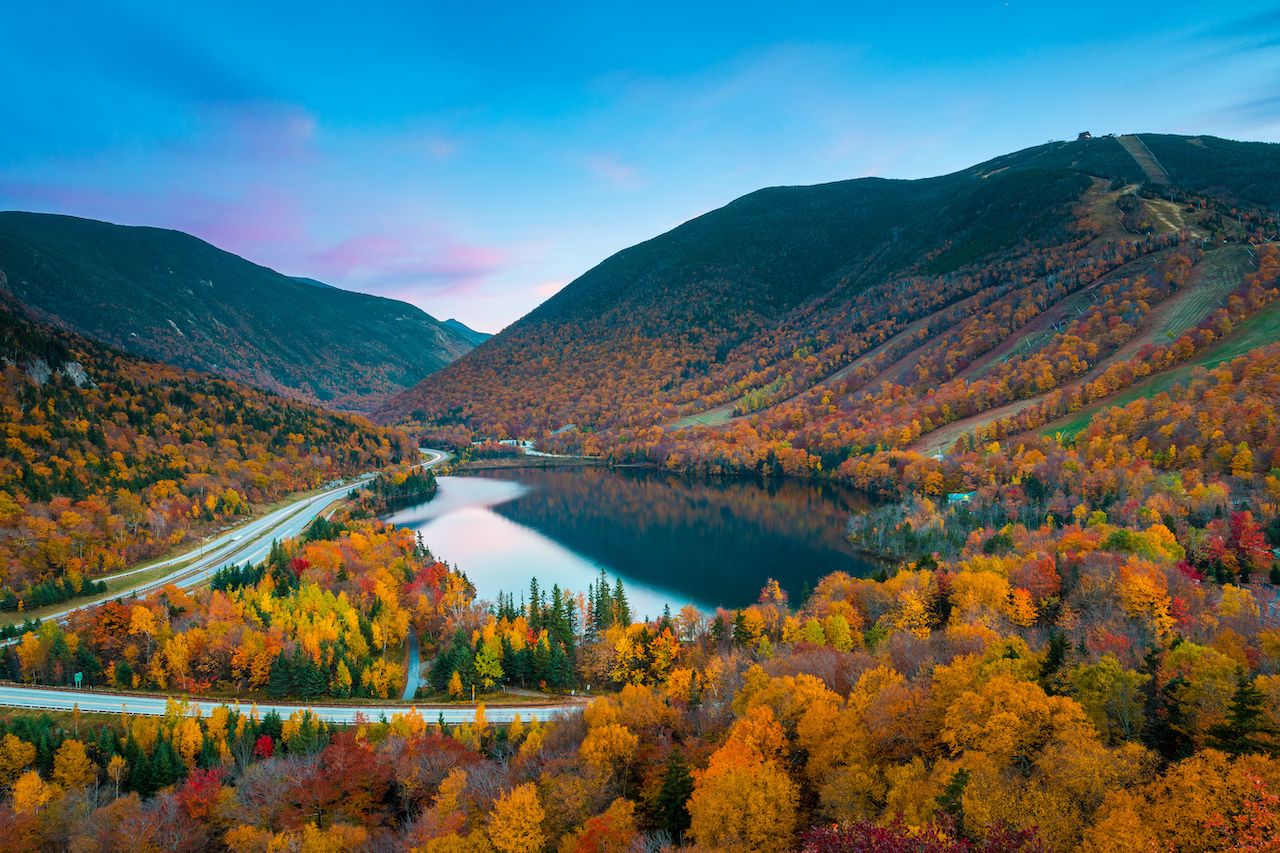 Covering a quarter of the state, the White Mountains shape the character of New Hampshire. The Appalachian Trail winds through the range, summitting 16 four-thousand-footers along the way. 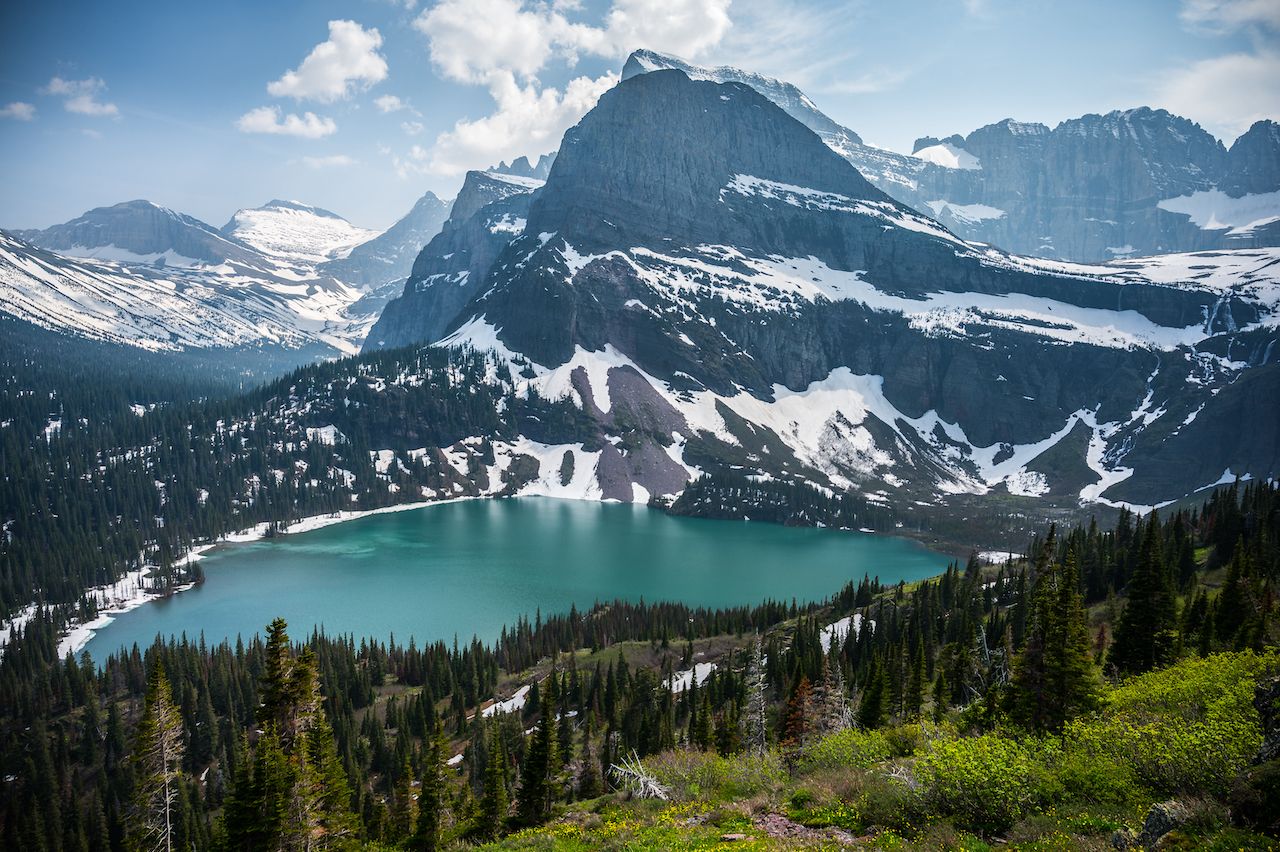 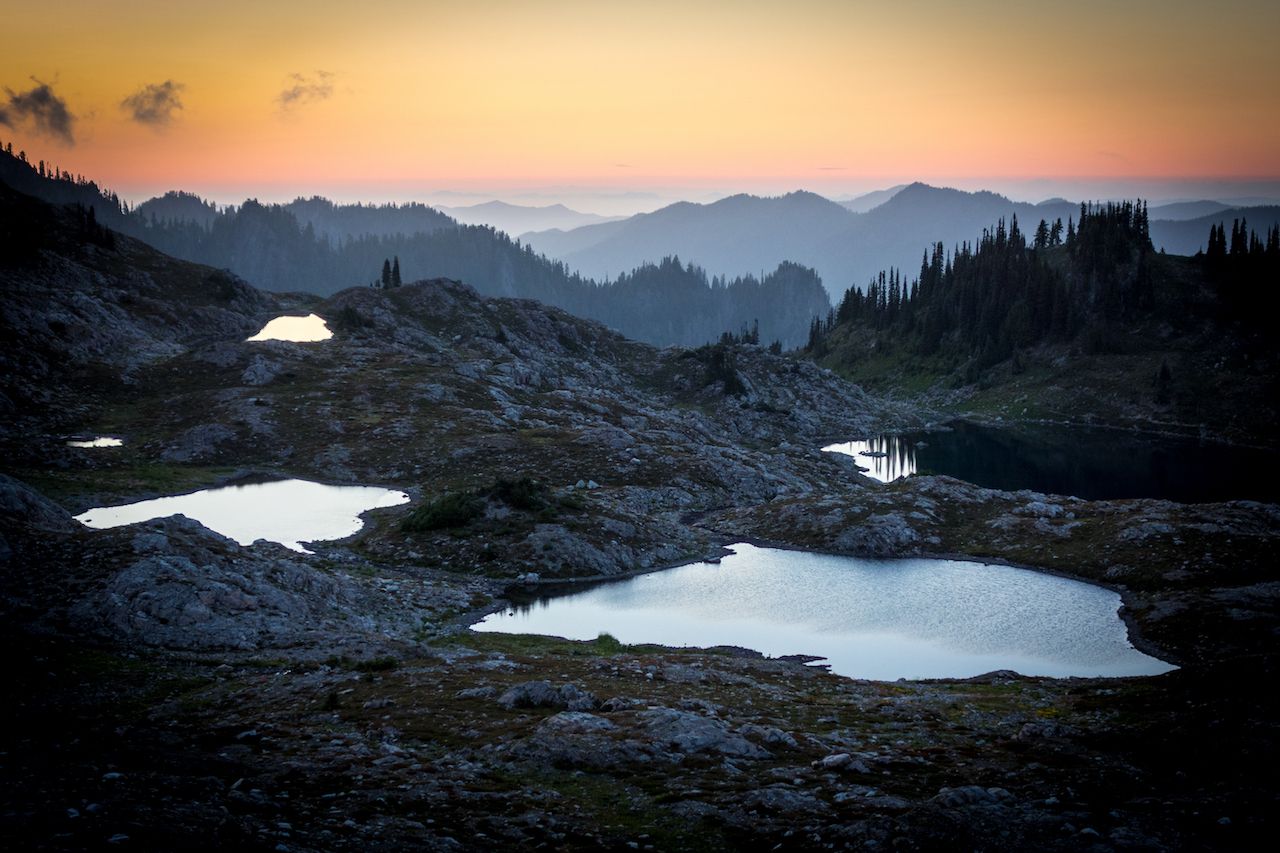 Washington’s Olympic Mountains aren’t particularly high—none of them are over 8,000 feet — but they sit dramatically on the Puget Sound and tower over the nearby cities. 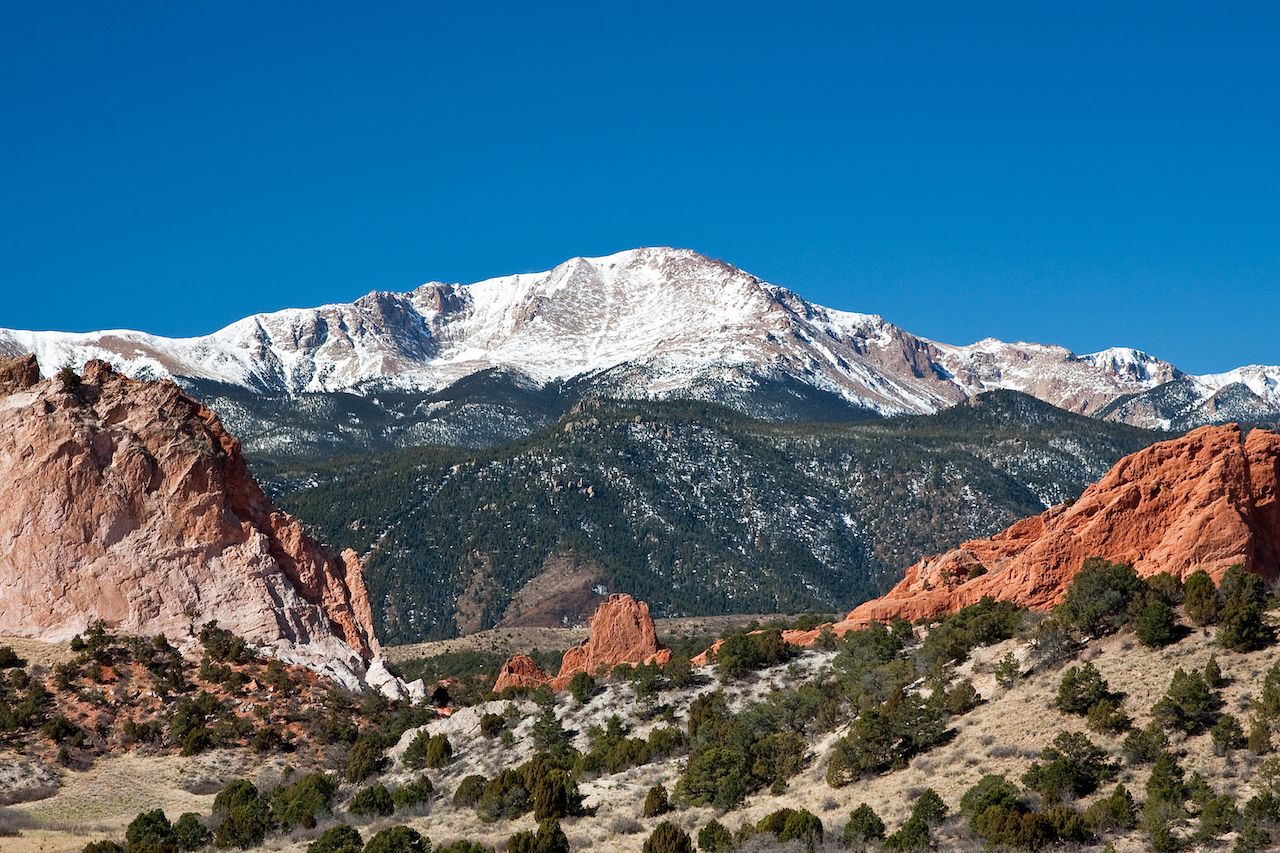 Pikes Peak is relatively close to Denver and you can drive to the summit, which is why you so frequently see bumper stickers bearing its name. Despite its ease of access, at 14,115 feet the summit’s a legitimate “14er.” 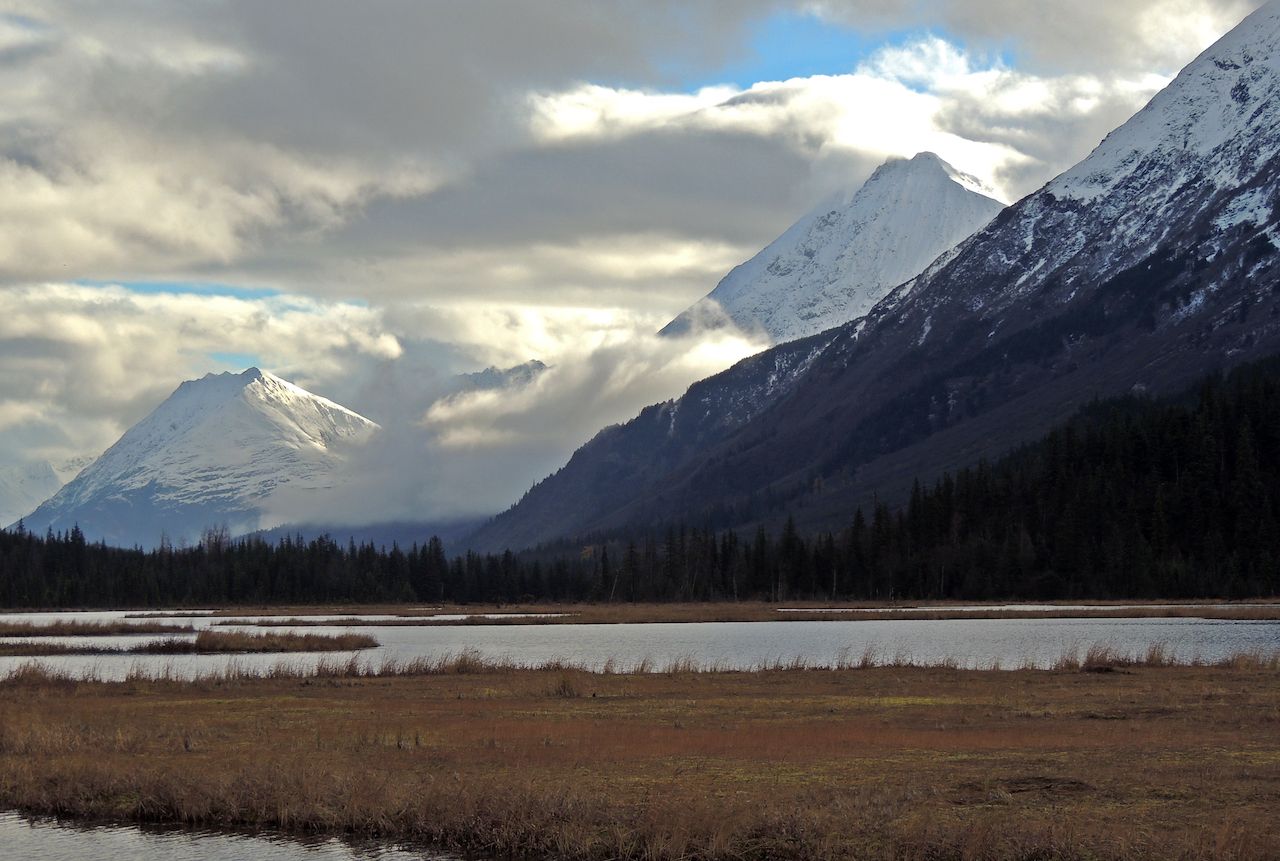 The Kenai Mountains extend from the Chugach Range down to the tip of the stunning Kenai Peninsula, where this photo was taken. The range is within easy driving distance of Anchorage.

Tagged
Galleries United States
What did you think of this story?
Meh
Good
Awesome