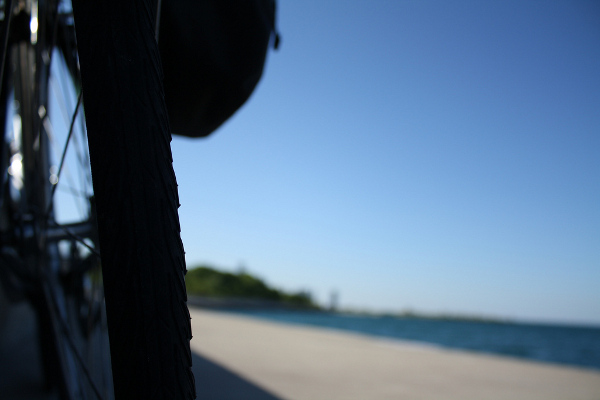 This past March, a new Google Maps bicycle feature was finally announced. It can be accessed within the “More” section at the top right of the page, or by clicking the bicycle icon in the “Get Directions” menu.

Turn it on and boom, your map becomes a spaghetti bowl of green lines. I noticed right off that there were three “degrees” of these lines, explained by the Official Google Blog thusly:

I used the feature to get directions from my house to a farmer’s market ~3 miles away. Supposedly, Maps crunches a “complex set of variables,” including hills and intersection busy-ness, to determine the best route.

This did appear to be the case with my directions — I got one route for the way there that took me down the big hill on Airport, then a different one on the way back to avoid it. Neither of these was my personally preferred route (why pass up a dedicated bike path through a nearby park just because it’s a little longer?), but I was able to drag and drop the line wherever I wanted.

Google Maps Biking is currently on line in 150 U.S. cities, plus 12,000 miles of trails, like those in the Rails-to-Trails Conservancy. Will we see international editions in the future? Hope so.

Jaunted.com has news that South Korea is considering turning part of the DMZ — the two-mile-wide demilitarized zone that cuts across the peninsula at the 38th parallel — into a mountain bike trail for tourist use. 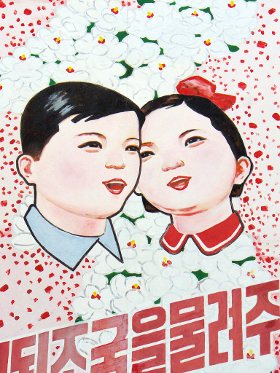 Sounds weird, but there are already hundreds of people that visit the DMZ daily. I took a tour when I was there in 2006. It included a lookout spot where we could check out the northern city of Kaesong through those pay-per-view binoculars, and a trip underground to one of the “infiltration tunnels” the North dug to move in invasion forces.

So maybe waeguks on bikes isn’t such a stretch. But I rather prefer an alternative fate for the DMZ — nature park. Already, the thin strip of totally uninhabited land is home to many endangered endemic species.

Also, I don’t want to get shot.

Not so much a development as a handy list, and possibly a reason to visit 5 cities that I might not have considered before. Top Five Urban Bike Paths in the U.S. comes from Men’s Journal:

I’ve pedaled urban trails in Burlington, VT, Seoul, and Austin, TX, but never in any of the five cities above. So I’ll have to leave it to readers to judge the validity of this list.

Need to take issue with the trails mentioned above, or anything else in this edition of bike travel news? Please do so in the COMMENTS below.

I ride a touring bike around town. Learn how to get your own in How to Choose a Touring Bicycle.

For the perfect day of hiking and Colombian coffee, head to Jardín
The 10 best US national forests to visit with a dog
The best places to camp in all 50 states
How Rob Lea invented and crushed the Ultimate World Triathlon
This epic new film ‘Breathtaking’ follows climbers on the world’s most dangerous mountain: K2