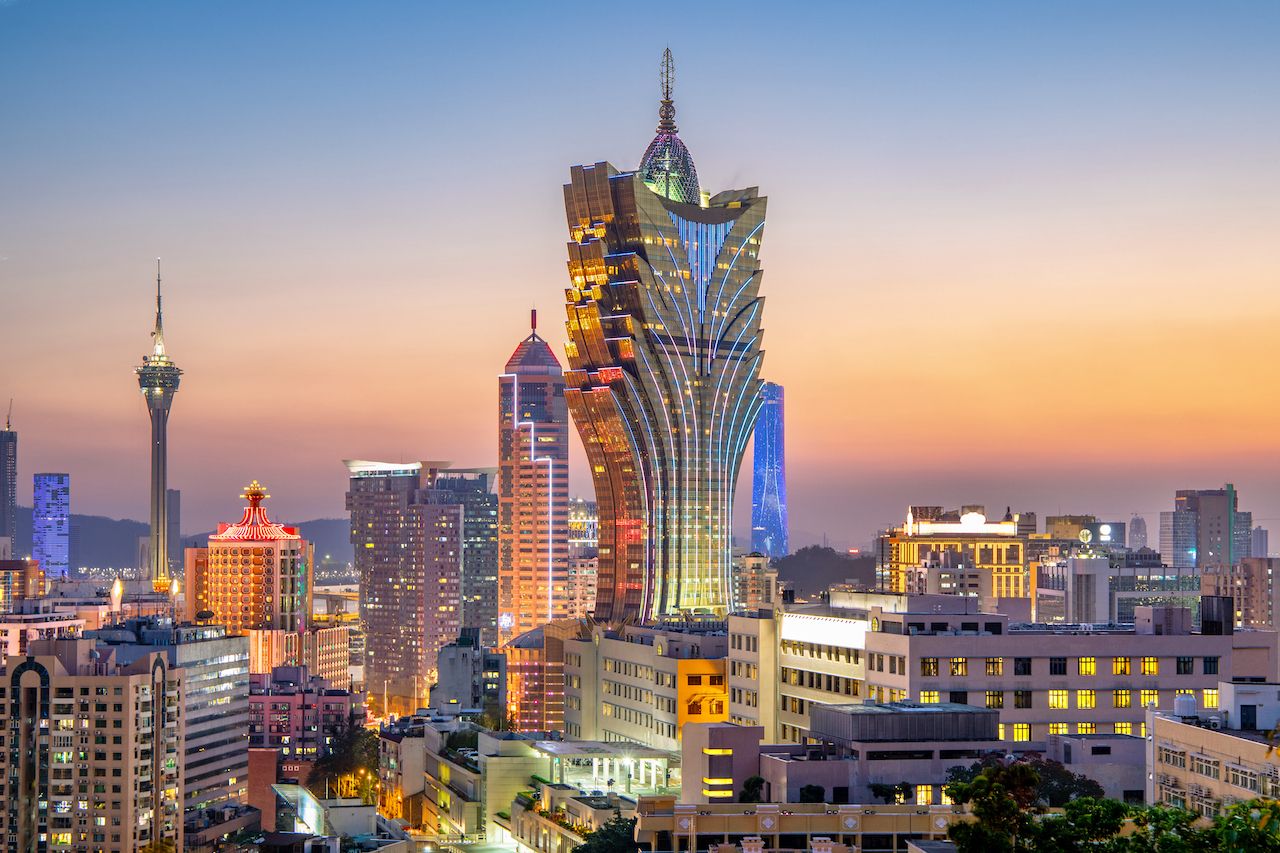 Located on three islands with a grand total of only 6,672 acres, Macau’s economy depends largely on tourism, and especially on gambling. Many of the big buildings in the skyline are sister casinos to the big names in Vegas — Wynn, Sands, MGM. By far the most impressive structure on the skyline (and probably one of the downright coolest buildings on this whole list) is the Grand Lisboa, a hotel/casino with a 47-story fan-shaped tower bursting out of a spherical podium. 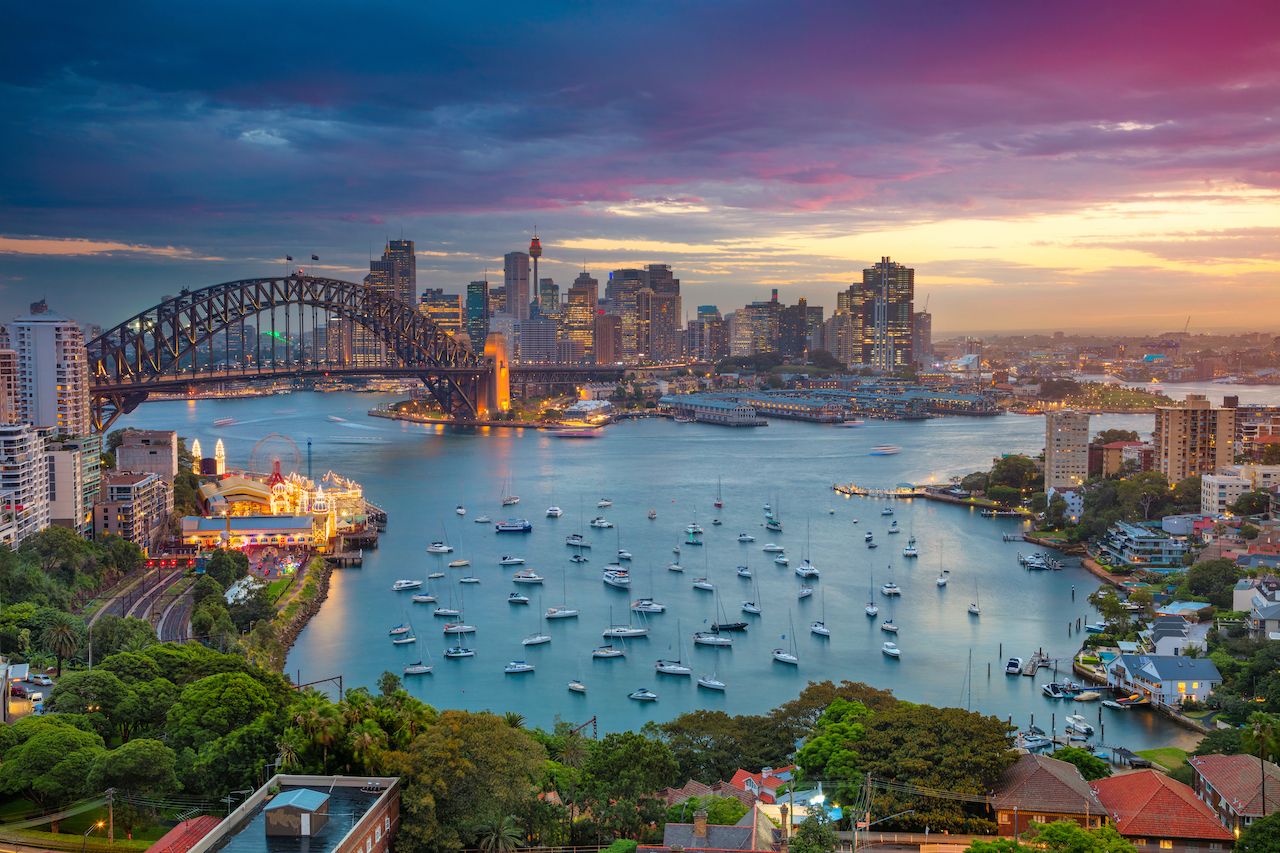 The skyline of the Sydney Harbor is iconic, in no small part due to the Sydney Opera House, which was built in 1973 by architect Jørn Utzon and has since been declared a UNESCO World Heritage Site. Aside from the harbor and the tall skyscrapers of the central business district, Sydney also boasts some historic architecture dating back to the early 1800s. 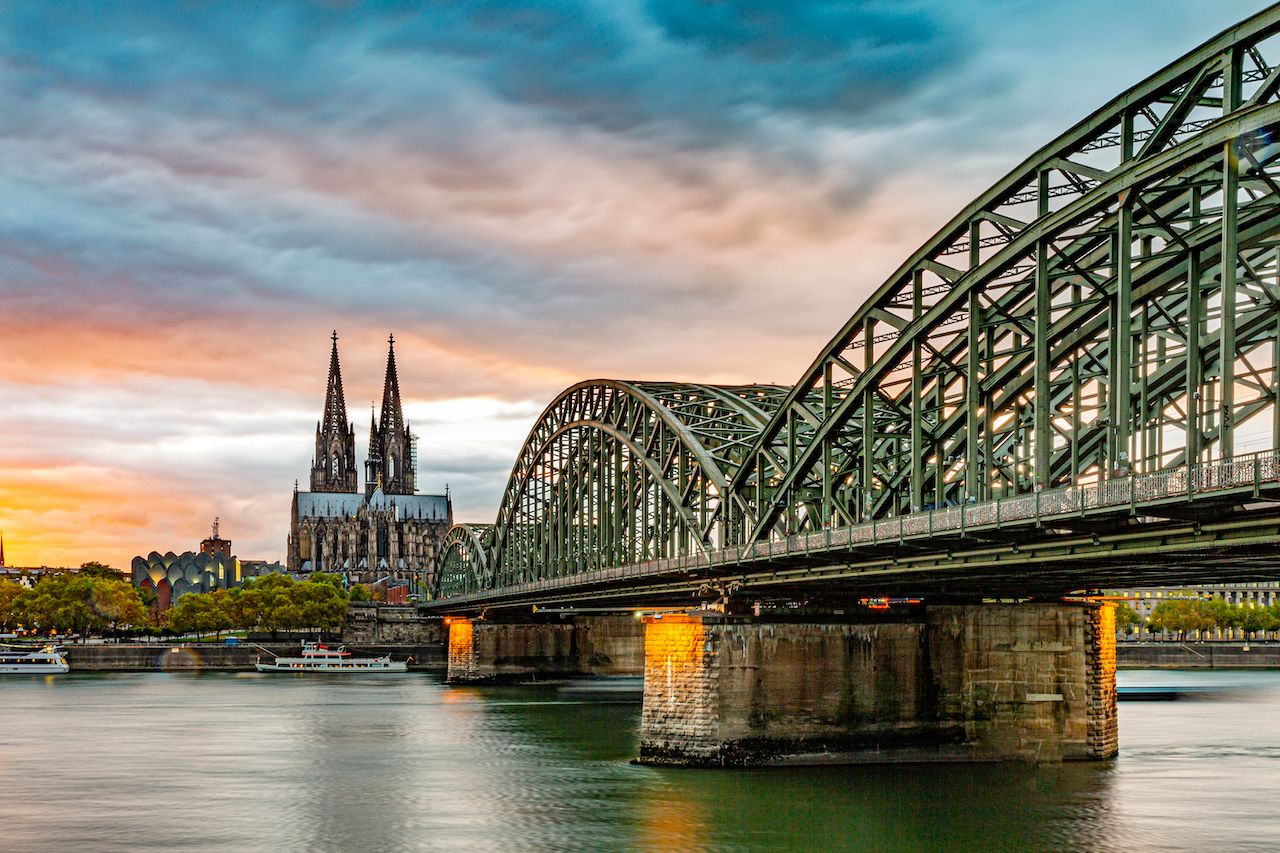 The fourth-largest city in Germany, Cologne (like London) lacks some of the behemoth towers of younger cities. But it makes up for this with its other architecture, most notably the Cologne Cathedral, a monstrous Gothic building on the shore of the Rhine. It lost most of its inner city during bombings in World War II, but many exemplary modern structures were built during the Wiederaufbauzeit (era of reconstruction) following the war. 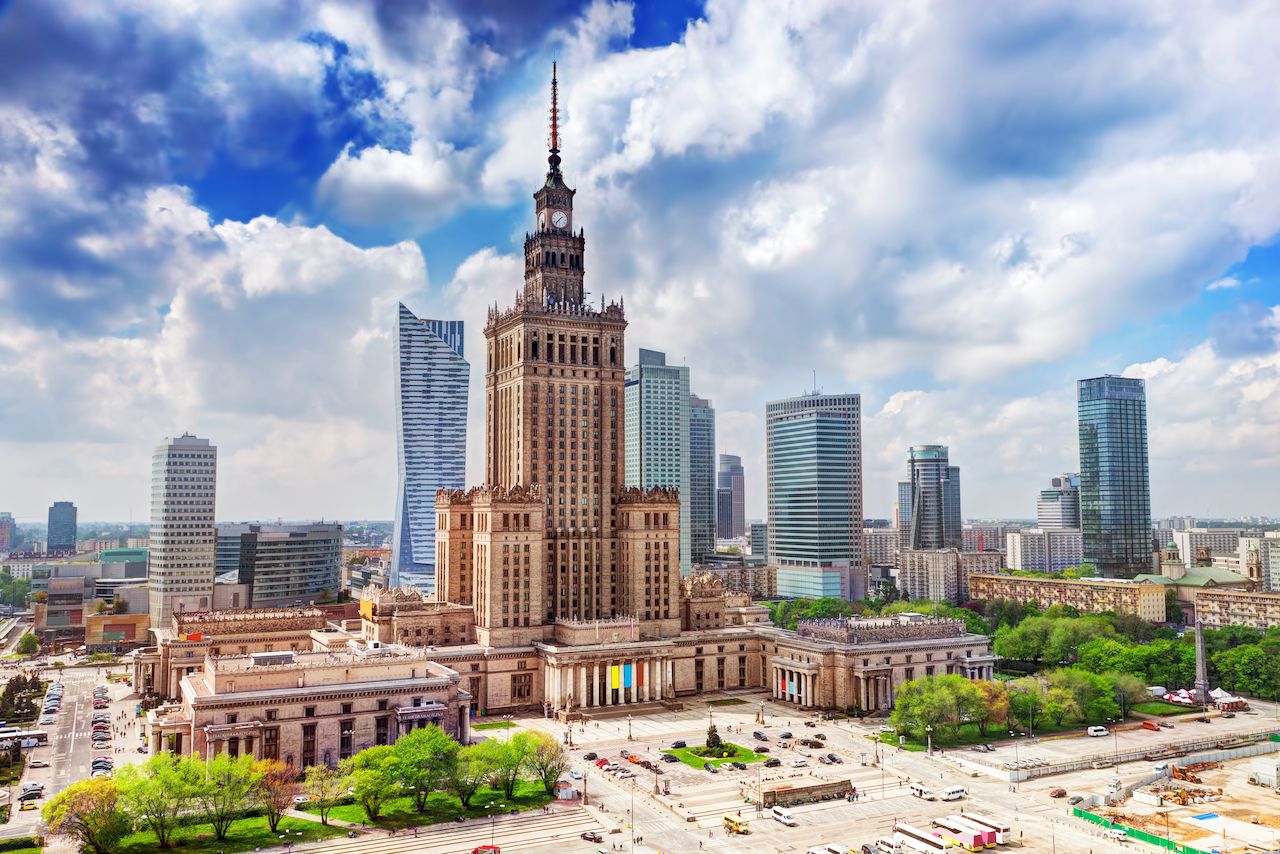 Poland’s turbulent history has led to a very interesting cityscape. Warsaw has been rebuilt and destroyed several times as the country changed hands, but the historical buildings have been largely reconstructed and preserved. The skyline’s stayed relatively low as the city’s spread outwards, and the tallest building in the city, the Palace of Culture and Science, has been around since 1955. 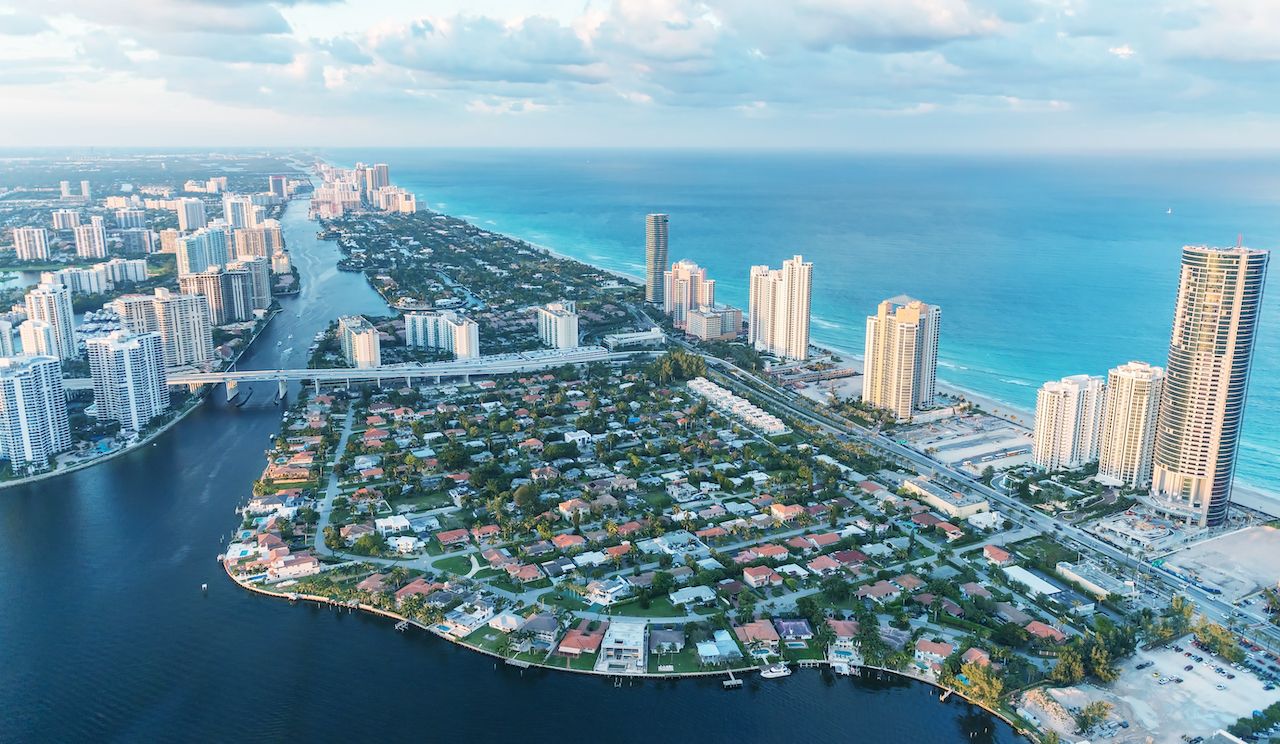 The Miami skyline is dominated by the 64-story Four Seasons Hotel, one of almost 60 highrise structures built in the city during a building boom in the late ‘90s and early 2000s. This year, however, construction is set to begin on an 80-story behemoth called One Bayfront Plaza (which is surprising given the city’s strict building height restrictions, as all flights coming to and going from Miami International pass right over downtown.) 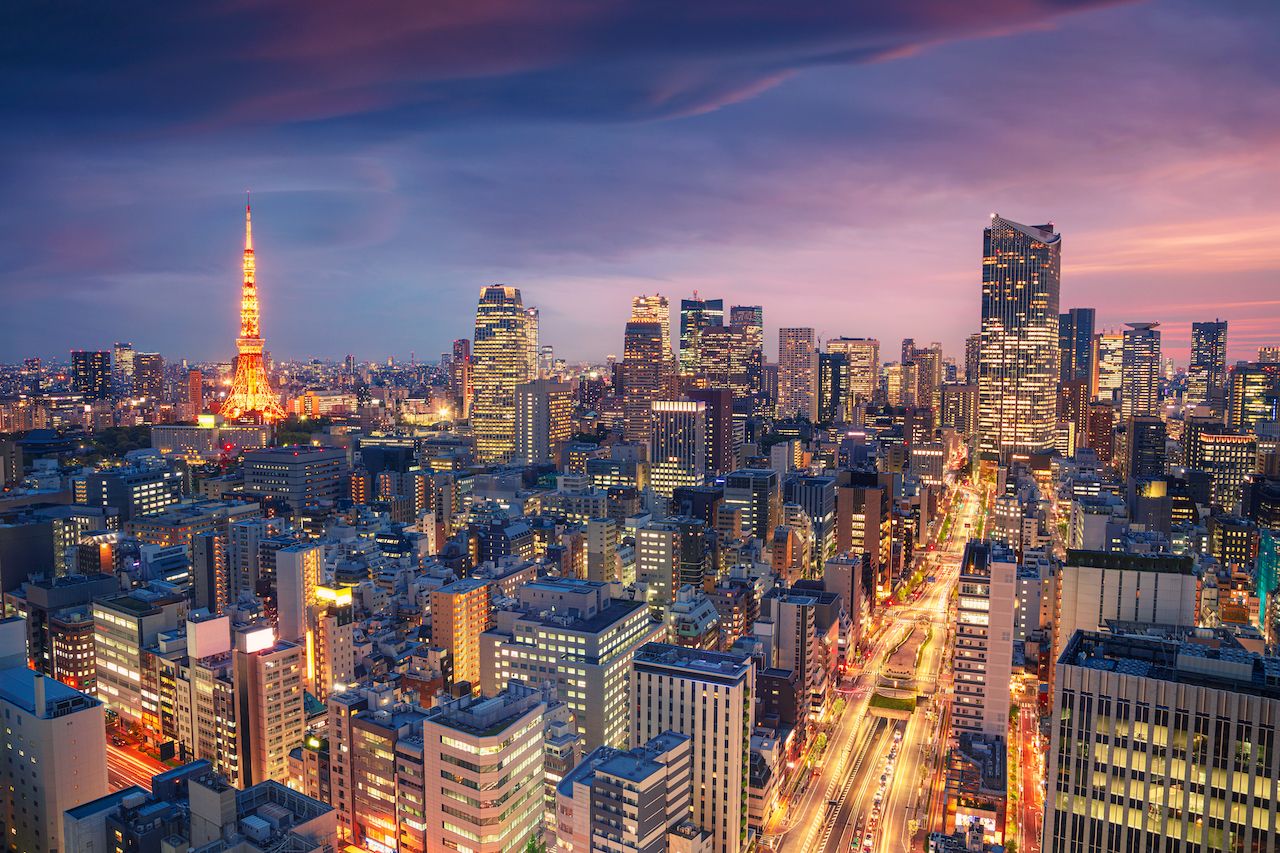 Tokyo is a city prone to earthquakes, which means it’s been built out rather than up, subsequently resulting in a much lower skyline than other major cities of its size. The focus of Tokyo’s skyscrapers tends more towards engineering than sheer size, and recent developments have allowed architects to build 40- and 50-story apartment buildings that were previously considered too dangerous. The tallest building in Tokyo is Toranomon Hills, at 52 stories, but the relatively new Tokyo Skytree (a broadcasting tower) is now the second-tallest structure in the world at a colossal 2,080ft. 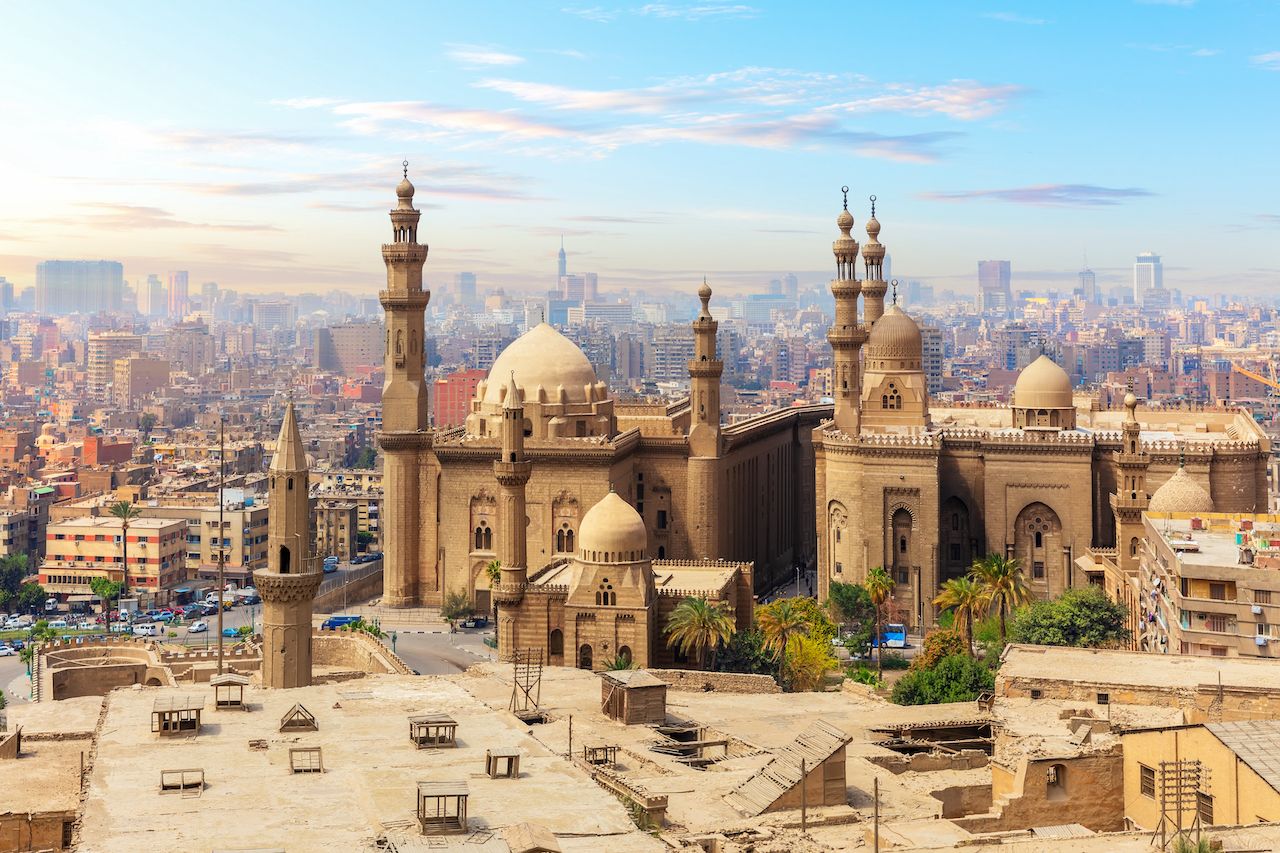 The largest city in Africa is renowned for its minarets and mosques, but even more so for the pyramids of Giza towering on the horizon, just visible through the notoriously noxious smog. A relatively low skyline, Cairo is dominated by the Cairo Tower, the largest all-concrete structure in the world, at 613ft. The largest actual building in Cairo, the Ministry of Foreign Affairs, clocks in at only 39 stories. 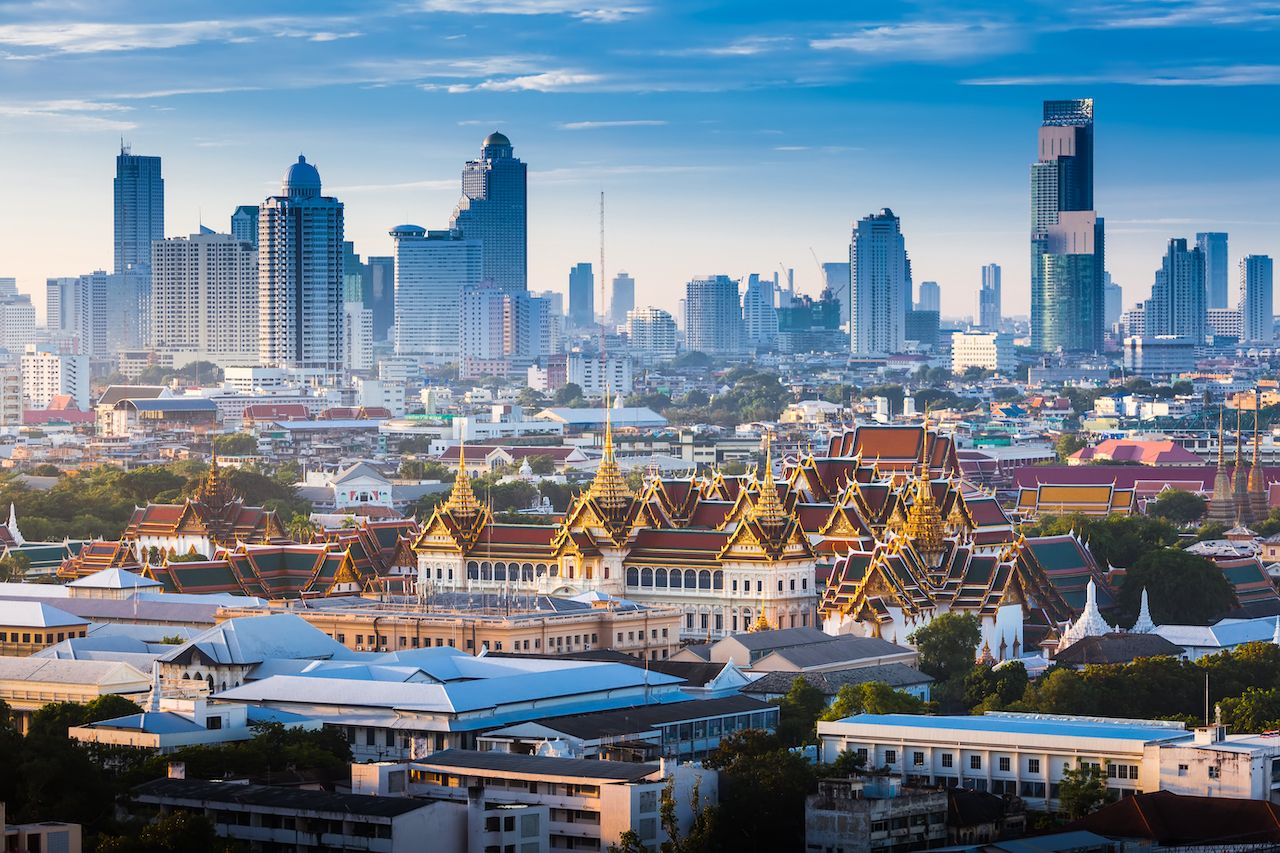 Now a megacity of over 50 districts, Bangkok has been around since 1782 and has grown to become the center of tourism for Southeast Asia. The tallest building in the megacityscape is Baiyoke Tower II, rising 85 stories over the Ratchathewi district. Aside from the giant skyscrapers of the financial districts, Bangkok boasts plenty of Eastern architecture, from the Grand Palace to its many Buddhist temples. 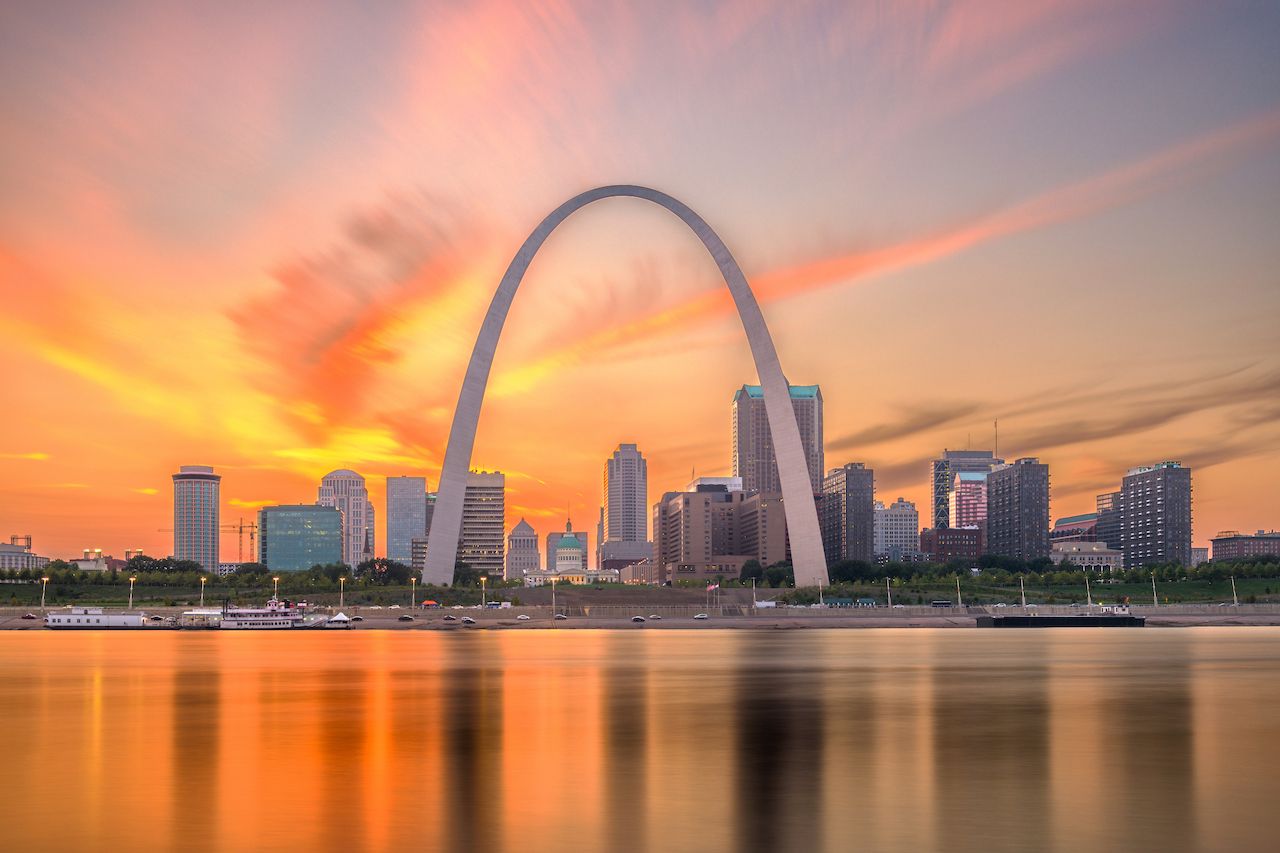 You always know when you’re looking at a photo of St. Louis. The square buildings, the haze in the distance, and, of course, the famous Gateway Arch. Completed in 1965, the 630ft structure stands almost 40ft above the One Metropolitan Square building, the next-tallest building and tallest habitable structure in St. Louis. 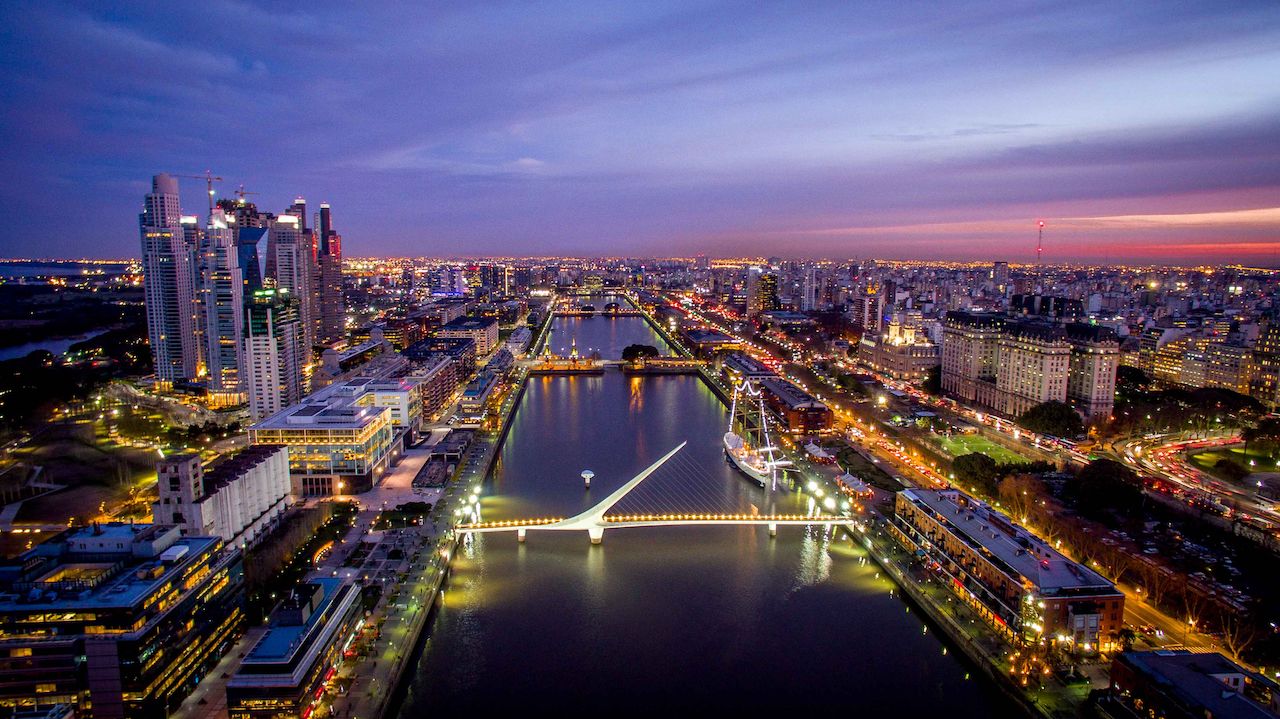 The architecture in Buenos Aires is heavily influenced by the traditional styles of Barcelona and Madrid. However, much of its impressive skyline is due to its massive population. Highrise apartments stretch as far as the eye can see to accommodate nearly 3 million people (12 million, if you include the rest of the metro area). Its tallest buildings are all residential, with Torre Cavia soaring above the rest at 44 stories. 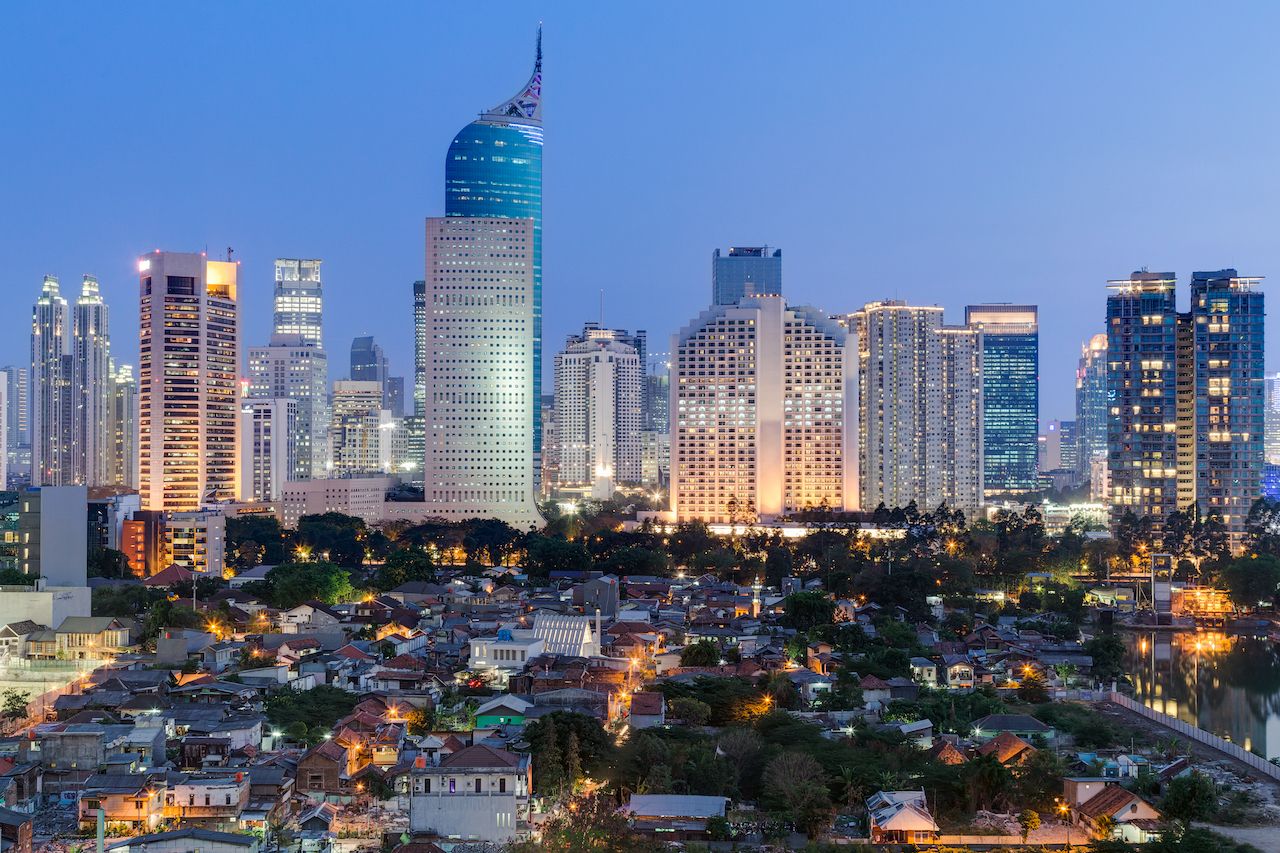 Jakarta is a city where Western-style skyscrapers exist side-by-side with traditional Indonesian culture. A recent tourism boom has produced a healthy crop of luxury hotels and nightclubs, the tallest of which is Ciputra World Hotel, built just last year. However, Wisma 46 is definitely the most beautiful, with its striking silver spire and turquoise blue facade. 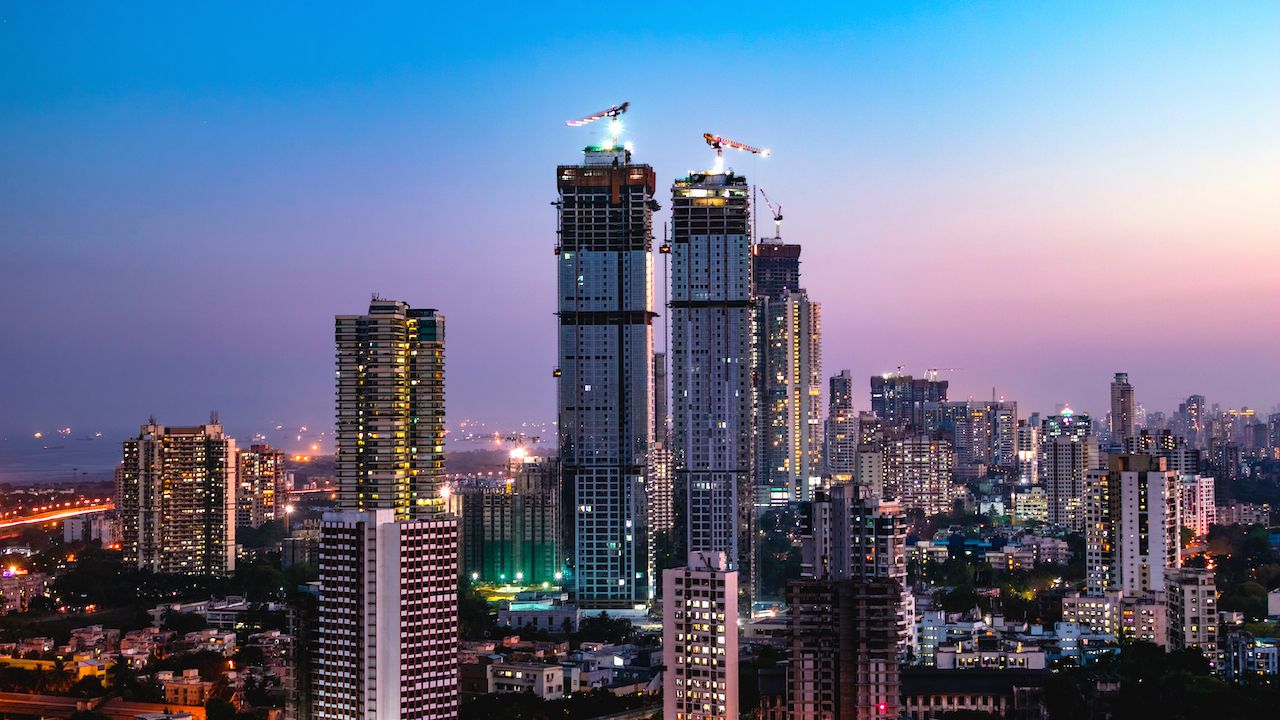 The city of Mumbai has gradually spread out over seven islands, supporting a HUGE population, as well as a film industry even bigger than Hollywood. Its tallest structures are the Imperials I and II, at 60 stories apiece, but there’s a huge disparity between the soaring skyscrapers and the slums (and there are more of each in Mumbai than anywhere else in South Asia). 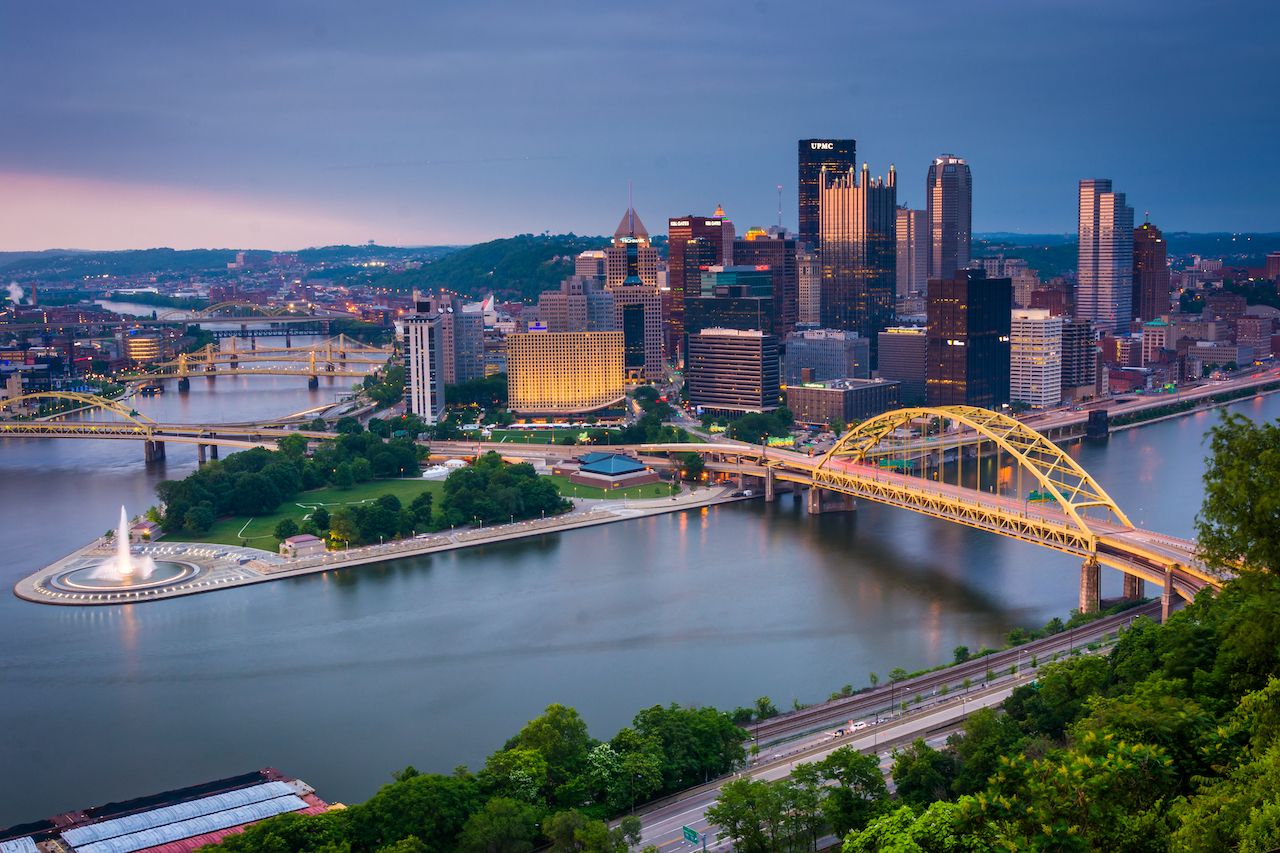 Pittsburgh doesn’t get as much attention as most of the skylines on this list. However, this Pennsylvania steel town strikes a pretty silhouette, with bridges spanning the three rivers that converge there. The tallest building in Pittsburgh is US Steel Tower, at 64 stories. 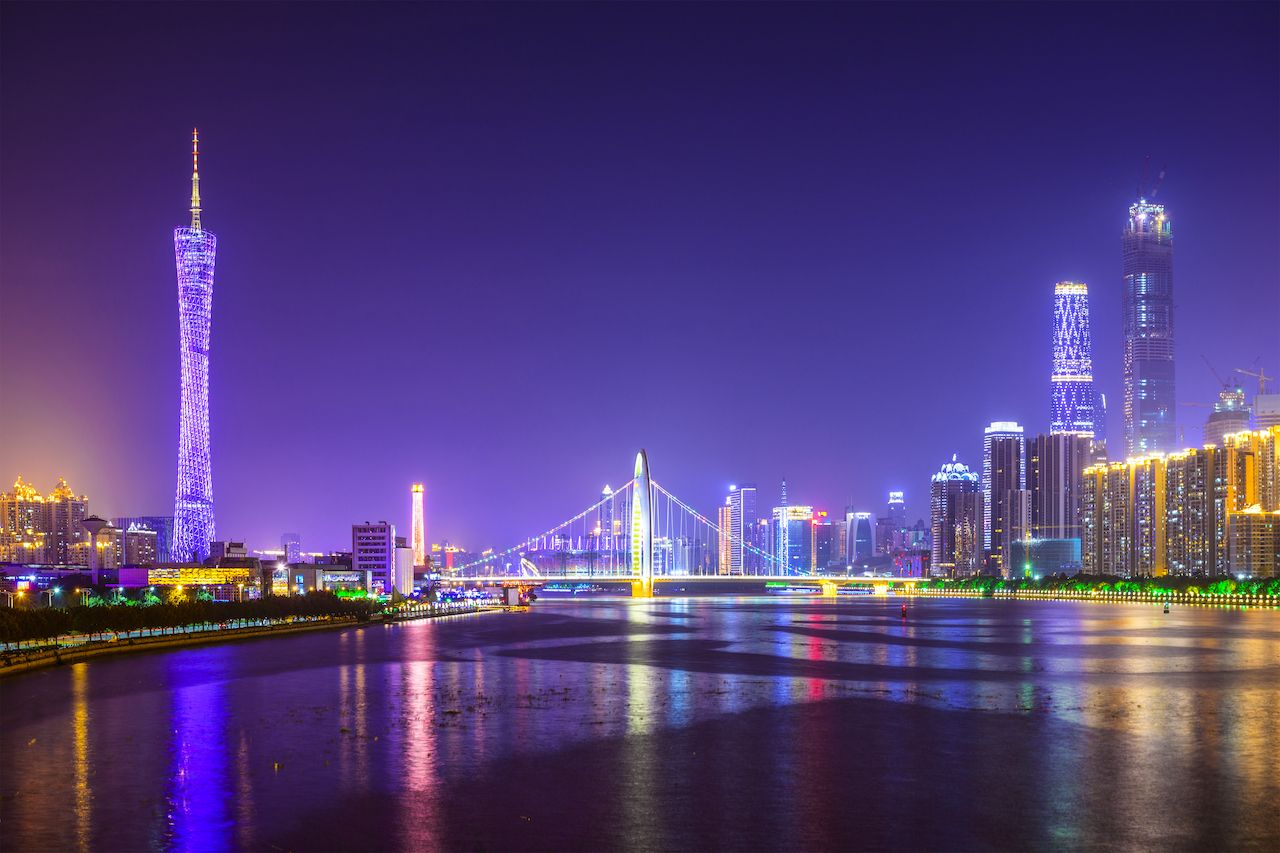 Guangzhou may be more recognizable by its historical name, Canton. As one of China’s most prosperous centers of trade, most of its largest buildings are commercial — Guangzhou International Finance Center dwarfs the rest at 103 stories. Even taller is the Canton Tower, a TV and observation tower standing almost 2,000ft high and illuminated by several thousand LED panels. 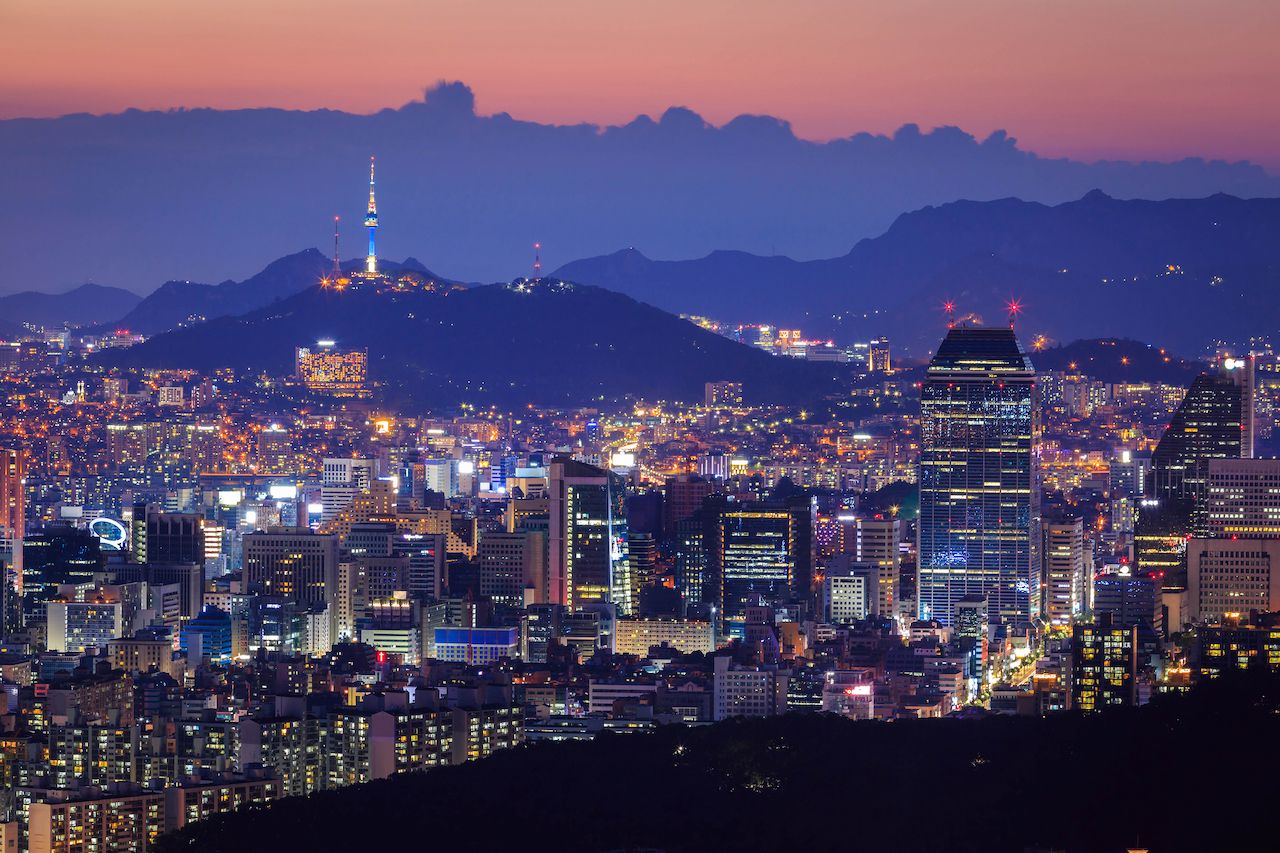 When I think of that futuristic, semi-post-apocalyptic Blade Runner type city, I always think of Seoul (though, admittedly, I’m not entirely sure why). Coming in as one of the largest cities in the world, Seoul exists as an incredibly diverse, colorful, and densely packed metropolis. The tallest building, at 935ft, is Three International Finance Center. 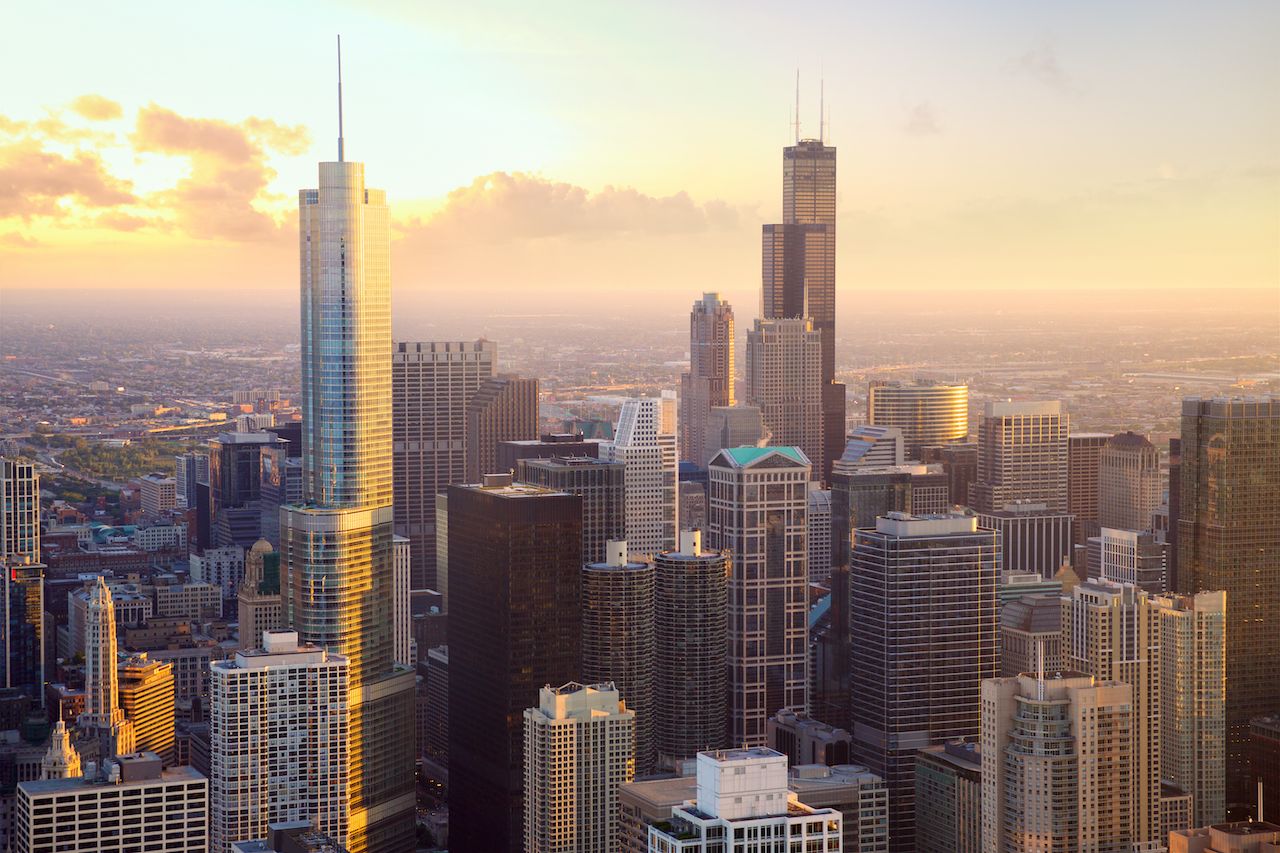 Another well-recognized megametropolis, Chicago was bound to make the list. Of course, it’s all about the Sears Tower, at 1,451ft the world’s tallest building at the time of its construction in 1974. The Chicago we see today is something of a reboot, however, as the Great Fire of Chicago decimated the original downtown skyline in 1871 (granted, it’s questionable how many of those original buildings would still be around today anyways). 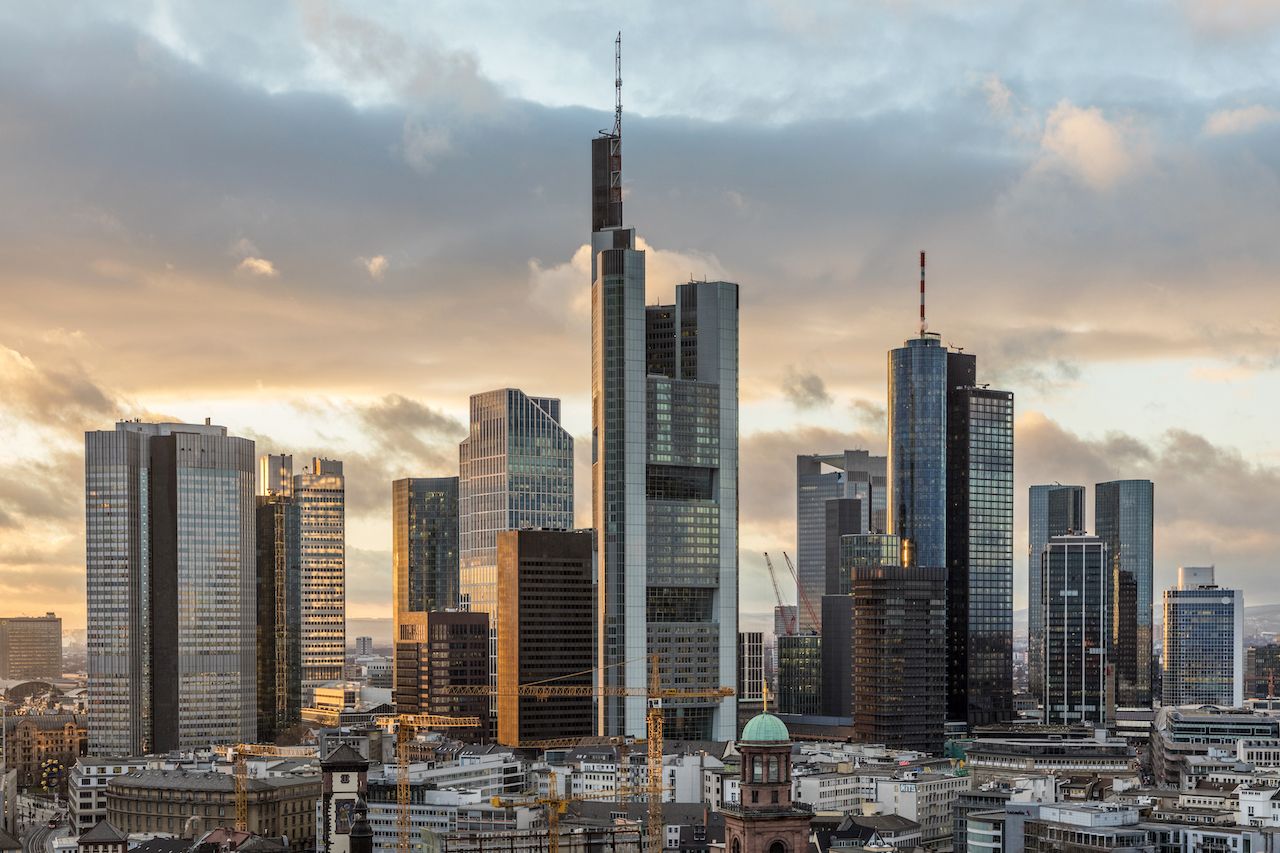 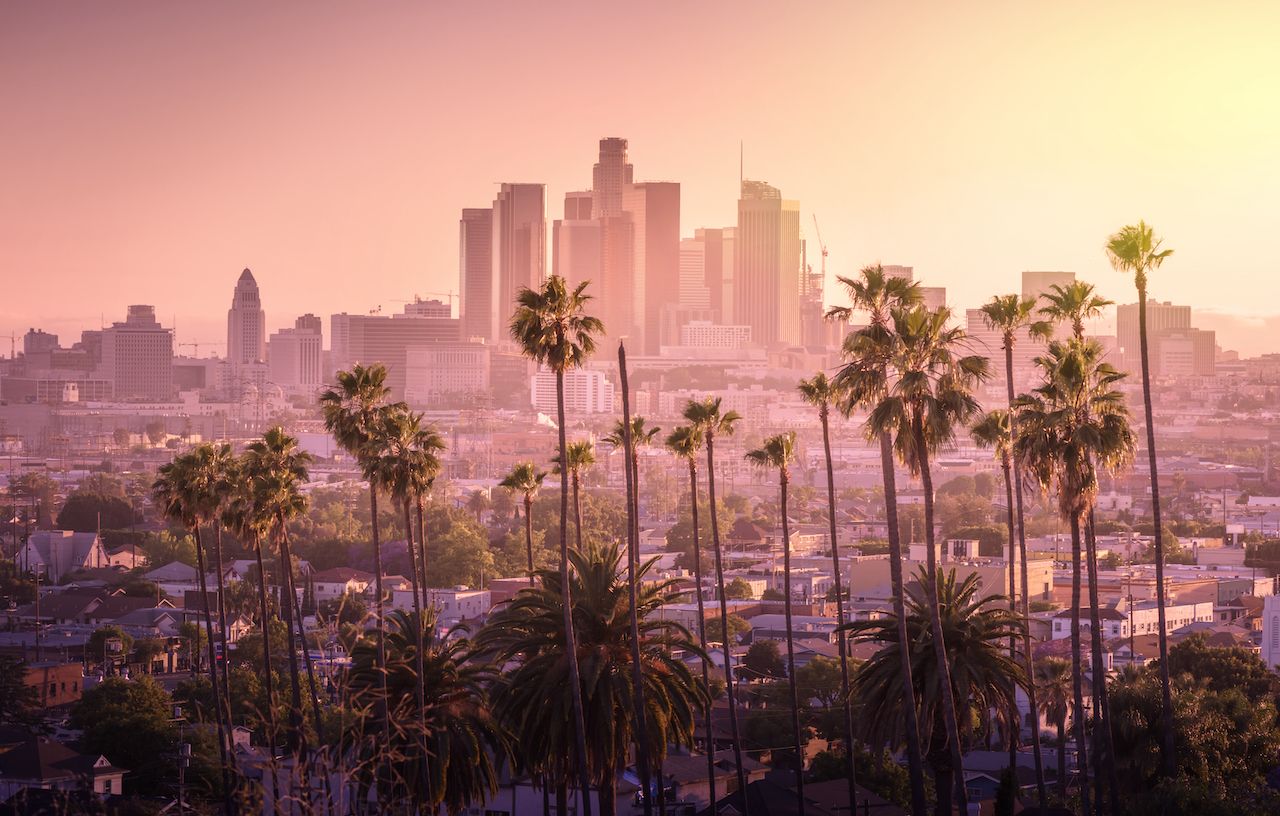 The skyline of one of my favorite cities of all time, Los Angeles, stands on a pillar of palm trees and perfect (smog-induced) sunsets. The actual skyline is a little lacking, and on those pseudo-scientific skyline-ranking sites Los Angeles tends to do fairly poorly, falling behind many significantly smaller cities. A hub of arts and music culture on the West Coast, the Capitol Records building, constructed in 1956 to resemble a stack of records, was the first circular office tower. Fun fact: LA’s skyline looks the way it does due to a law that mandates that all buildings be flat topped to incorporate a helipad. 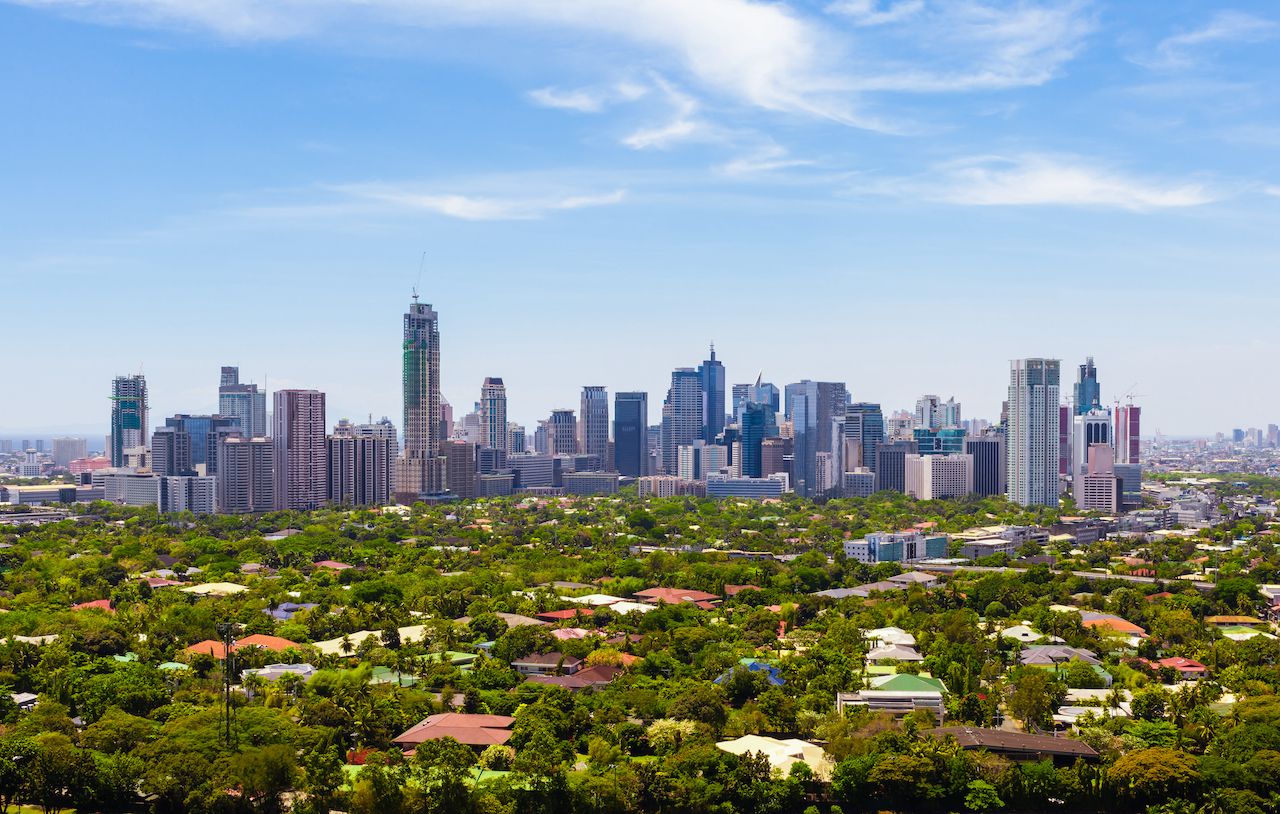 As one of the world’s most densely populated cities (with over 1,652,171 people crammed into 14.88 sq mi), it’s no surprise that Manila has an iconic skyline that regularly lands in ‘top X most beautiful skylines’ lists. Erected in 2000 and clocking in at 52 stories, PBCom Tower is the tallest building in Manila and the Philippines. 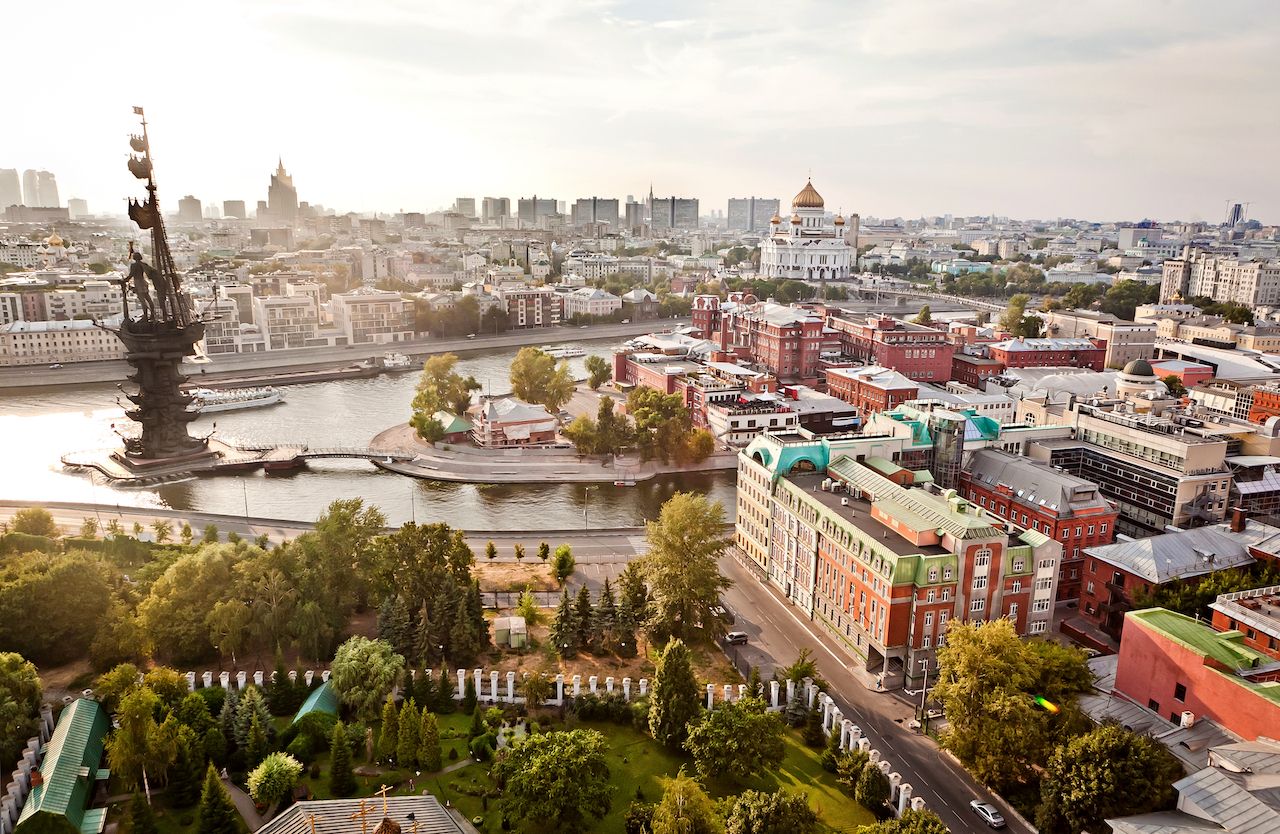 Moscow is a very, very old city, dating back to the 1100s. Therefore, its architecture spans centuries, with the famous Saint Basil’s Cathedral having been built in the 1550s. However, Moscow has been experiencing a recent building boom, with its top five tallest buildings erected in the past 10 years. Unfortunately, this boom has resulted in the destruction of many historical sites and structures, which has led to much criticism of the Russian government for not enforcing stricter preservation laws.

Prev Page
Tagged
Galleries
What did you think of this story?
Meh
Good
Awesome