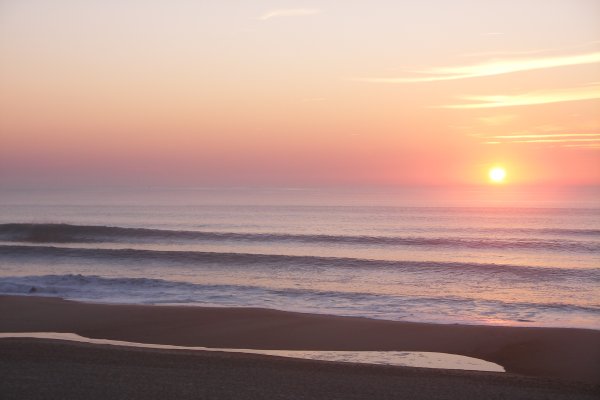 Europe’s Atlantic coast — from Brittany’s valleys to Sagres’s cliffs — offers an infinite number of sunset perspectives for the van-bound.

Park up, pour a glass of wine, and enjoy one of nature’s best shows.

Hossegor lies at the end of the Côte d’Argent, the longest uninterrupted stretch of sand in Europe — it seems to go on forever in both directions.

“The Gulf Stream ensures an unnaturally temperate sea, and thus climate — suited to both beach lazing and wine making — that make Hossegor an unbeatable spot to pull up and watch the sun go down.”

The beaches teem with young French and foreign surfers in the summer, capitalizing on the town’s waves and nightlife. The Gulf Stream ensures an unnaturally temperate sea, and thus climate — suited to both beach lazing and wine making — that make Hossegor an unbeatable spot to pull up and watch the sun go down.

The beach of Playa America sits just north of the border with Portugal. It’s the centrepiece of an authentic Spanish resort, peppered with tapas bars and seafood that makes it from crab-pot to plate within hours. The relaxed feel of the town stretches to the beach, where the long summer days mean extended sun basking.

As the Spanish don’t change their clocks for summertime — and you’re about as west as you get in Europe — afternoon slips into evening and the sun hangs on till eleven in June.

As it finally fades over the horizon, the sky takes on a rose-tinted glow.

The diverse selection of beaches around the old fishing town of Peniche makes it a perfect destination on any “North-South” European surf trip. Quite often, a “quick stop” becomes a longer stay.

The prime van spot overlooks the reef-break of Lagide; there’s usually a mini-village of 20 to 30 parked vans. You may have to wait an hour for someone to leave so you can snatch a prime front-row seat and watch surfers ride the left-hander.

The car park also has a cold-water shower — a genuine van-life treat — and a 300-degree perspective for sunset viewing as another day fades away. 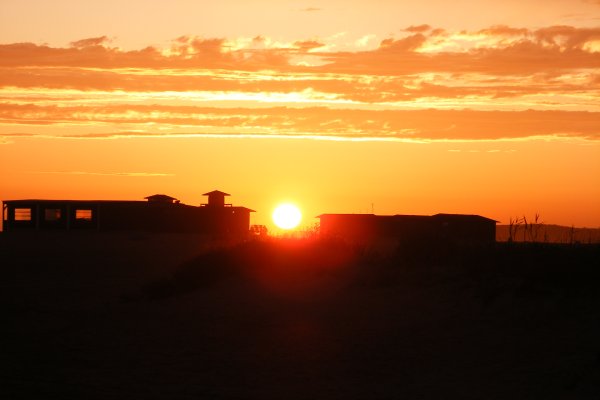 Almost squeezed through the Strait of Gibraltar by the unremitting Atlantic, Conil desperately hangs on and offers a final sanctuary before the package-holiday-hell that is the Spanish Mediterranean.

Less exposed than its western counterpart, the south coast of the Atlantic is a visually and physically mellower affair.

The historic fishing town of Conil is now a staple for Spanish tourists, and joining the masses for their late-afternoon promenade is an affirming communal experience. The scope of its beach is almost Saharan and the walk to the sea is a long but pleasant one.

The Med does offer Conil something: the sea is much warmer than farther west — you can surf here in boardshorts for much of the year — and on a clear evening you can make out the shores of Tangier and the Atlas Mountains far to the south.

The town itself stretches up behind you in a patchwork of whitewashed houses, providing an excellent screen on which to project the pinks and purples of Europe’s southernmost sunset.

Although not technically on the Atlantic, Rioja is an essential addition given wine’s important role in promoting a full sensory sunset experience.

Rioja is one of Europe’s most celebrated wine regions and, as with its fizzier northern cousin Champagne, provides a promise of some of the best vino around.

Vines drape over the region’s hills and late afternoon provides a deep and vibrant tableau — the sunlight plays on the hills, the wine stimulates your taste buds…and the sunsets: a full-stop falling off the page at the end of another chapter. 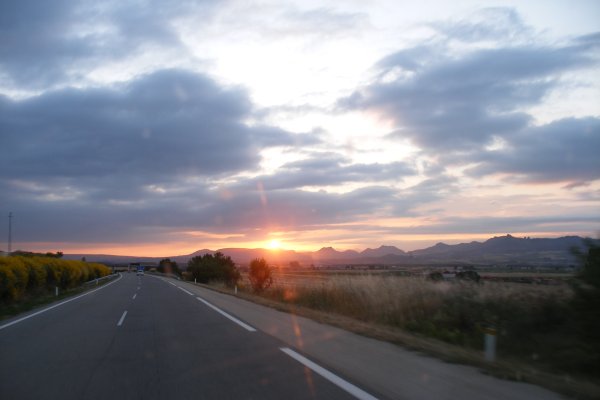 Matador also has info on how to camperize your ride, as well as converting it to run for free on vegetable oil. For more interesting discussion on customizing your van, check out this community forum post.

Tagged
Camping France
What did you think of this story?
Meh
Good
Awesome

The 20 Happiest Countries in the World, 2022
6 Silky, Salty, and Nutty French Butters That Will Elevate Your Cooking