I picked up Martin at the bus station. He’d flown a red-eye from Toronto to Edmonton and hopped on a Greyhound to Jasper. He looked exhausted, but I suggested an easy afternoon hike up Morro Peak anyway. I said it would take us three hours, maybe four depending on his pace. The way I emphasized ‘his’ didn’t go unnoticed. He knew I was making it a city-dweller-in-the-mountains challenge and he accepted.

The trail is easy to follow. It goes straight from the highway to the summit with few switchbacks. I set a brisk pace and dared him to follow. He couldn’t say anything as he gasped for breath. Later that night, I watched him doctor his fresh blisters.

But he’d kept up. 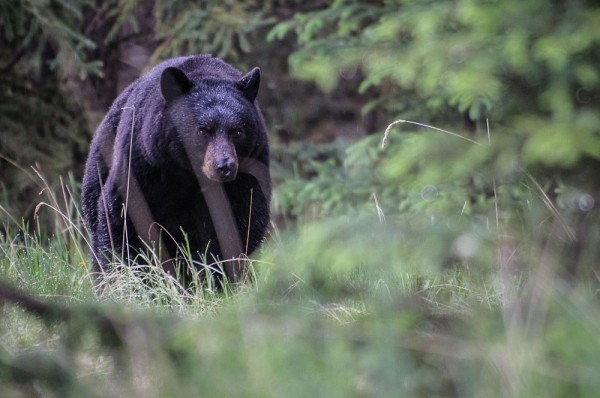 I decided to climb Roche Bonhomme, locally known as Old Man, on a whim. It starts from the same parking lot as Maligne Canyon, Jasper’s most popular hike. A friend who’d climbed Old Man only a few days earlier had told me about it. He said the trail was steep but deserted.

The SLR-toting Winnebago drivers all stuck to the canyon. Bears were common. I could believe it. The park wardens had just shut a nearby portion of a different trail because of frequent sightings.

I ignored the forecasted chance of showers and went for it. There were no switchbacks; the trail pointed like an arrow through the forest. It only took two hours to reach the treeline. Clouds blew in and shrouded the peak.

It didn’t rain. It snowed. 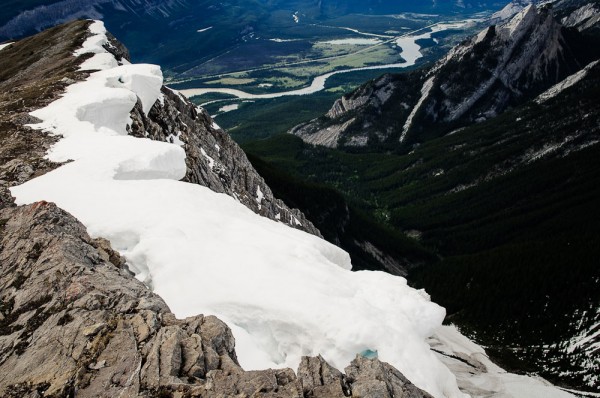 Edge of the World

3. Edge of the World

The Edge of the World is just a 20-minute drive and 15-minute hike from Jasper, but it’s hard to find because it isn’t on the map and nobody will tell you where it is.

I found it by chance. I’d spent the spring photographing wildlife along Highway 93A and the Edith Cavell Road. I decided to try the Marmot Road instead, which ends at the ski resort. I turned around in defeat, having not seen a single animal. On the way down, I noticed a trail that led into the forest. It looked well used but there wasn’t a sign. I decided to check it out.

Fifteen minutes later, I stood at the edge of the world. 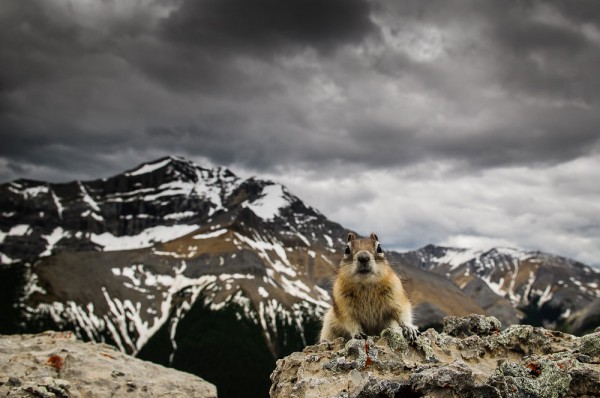 I’ve looked at Pyramid Mountain every morning since I moved to Jasper. It’s like somebody tacked it to the sky just west of town because it’s always visible. I’ve even kayaked on the lake at its base and photographed it from Pyramid Island. Over beers on his second to last night in town, my friend James talked me into climbing it.

We asked the bartender to map it out: It takes seven hours, maybe eight. We’d need bikes to reach the trailhead at the end of the Pyramid Lake fire road. The route follows the old tramline. 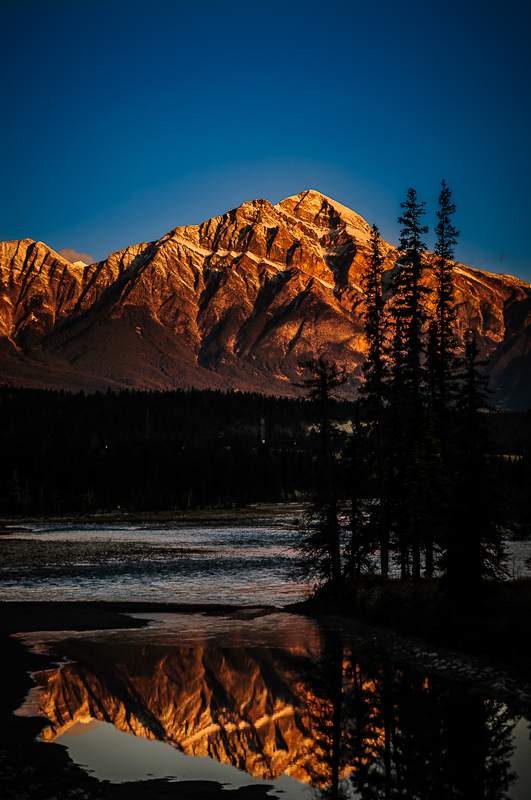 James set the alarm for eight. I cooked breakfast as he made lunches. At nine we pedaled out of town. Our progress was quick, and we stashed the bikes and started hiking within an hour. James summitted first but I was only a step behind. He joked about the people below, on Pyramid Island, who were snapping photos of the mountain. We could even see a tour bus, so we posed for them.

My wife wanted to spend the day at the Miette Hot Springs, but I told her she’d need to earn her relaxing soak with a hard climb. She argued but conceded.

For the first kilometer, the trail was flat and paved. My wife pointed out a young father pushing his daughter along in a stroller. The next kilometer climbed gradually until the pavement ended. We poked fun at a couple wearing matching Tartan jackets.

After three kilometers, the trail forked and while most people turned left onto the flat trail to Mystery Lake, I pointed us up the dirt path on the right. A mountain sheep walked past. After four kilometers, we reached the summit and began to retrace our steps. After eight, we dropped into the hot springs.