IN PATAGONIA, you don’t need a campground; here, rough camping (at campings agrestres, or campings libres) is a way of life. The region is safe, and Argentineans and Chileans are primitive campers themselves — they won’t be surprised to see you pitch your tent in some lonesome spot.

These five camping spots are among our favourites. You’ll have to bring your own camping equipment, food, and drinking water, and they can only be reached by private vehicle. 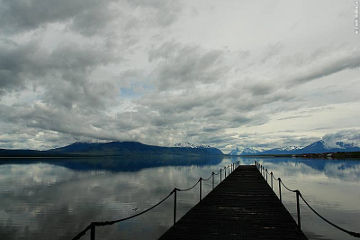 Preparation: The archipelago named “The Land of Fire” is the southernmost tip of the Americas. Ushuaia, located on the main island of Isla Grande Tierra del Fuego, is considered the world’s southernmost city and a springboard to Antarctica. It’s a good place to stock up on supplies and rent a vehicle.

Directions and campsite: A two-hour drive southeast, via Tolhuin on RN 3 and through waterlogged Andean foothills, brought us to Estancia Haberton. At this oldest farm (established 1886) on the Argentinean side of Tierra del Fuego, we obtained permission to camp on their 20,000 hectares of sheep ranching terrain.

Ripio (gravel road) follows the Beagle Channel over hills and through pasture, alternating with lenga forests and narrow waterways.

Activities: We filled our days with hiking, watching dolphins, beavers, and wild horses, and collecting dead wood for campfires. In the silent, windless nights we roasted meat over smouldering fires — it was easy to stay here longer than intended.

Preparation: Radman is the only overland border crossing from the Argentinean to the Chilean side of Tierra del Fuego (the others include long ferry rides). It does require a river crossing, so check with the customs officers if this is doable considering weather conditions.

Stock up in Ushuaia or, coming from the mainland, buy your supplies in Rio Grande (Argentina) or Punta Arenas (Chile). Note that you can’t bring any fresh fruit, vegetables, meat, or dairy products into Chile. 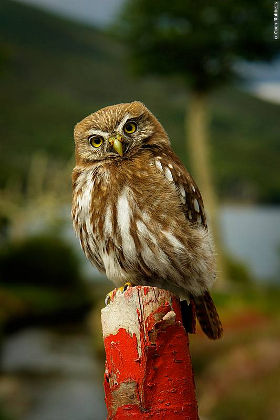 Directions and campsite: West from Radman, narrow roads lead to Lago Blanco and Lago Ofhidro, which are good options for camping and fishing. Our favourite was a dead-end track southwest of Radman that cuts through sheltered valleys with Fuegian forests draped in “old man’s beard.”

Activities: The wildlife was incredible here. From our camp on Lago Deseado, we watched a beaver splashing around between its lodge and the shore. Owls sat on the car roof, and condors soared above.

Although there are no signposted hiking trails, we enjoyed clambering to the top of some hills to take in the views.

Preparation and directions: El Calafate is a good place to stock up on supplies and rent a vehicle to explore this region of the Andes.

The still growing Perito Moreno Glacier is Patagonia’s most accessible and the region’s largest tourist attraction. Instead of doing one of the popular glacier treks or boat trips on Lago Argentino — travel agencies in El Calafate offer these tours — we drove 30km west along RP 15 to Lago Roca.

Campsite: This little-visited countryside forms the southern part of Los Glaciares National Park. During the weekends, Argentineans tended to show up with barbecues and radios, but otherwise we found the surroundings tranquilo.

Activities: There are various trails, including a 3.5-hour hike to Cerro Cristal that starts right behind the camping libre. Campfires are permitted, but you have to bring your own firewood.

Preparation: The Carretera Austral is a 1200km, mainly unpaved road that connects Puerto Montt and Villa O’Higgings in Chile. Due to limited ferry services, the entire stretch can only be driven during the Southern Hemisphere summer, from mid-December through February.

When driving north to south, stock up in Puerto Montt or farther down in Chaitén; when driving the other way, Los Antiguos in Argentina would be your best option.

To rent a vehicle, however, you’ll definitely need a bigger city such as El Calafate (Argentina) or Puerto Montt (Chile). Check with the rental agency about crossing borders with the vehicle. In general this is no problem, but it has to be mentioned specifically in the agreement. 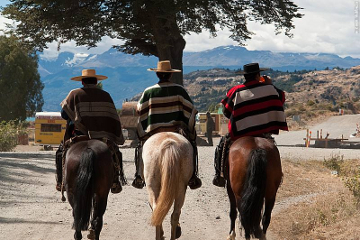 Campsites: Near the village of Puerto Rio Tranquilo, a dirt track leads into the Valle Explorados. It’s a dead-end road that took us to our most splendid camping spot along the Carretera Austral.

With views of hanging glaciers, we camped next to humongous rhubarb called nalca, which locals eat raw with a bit of salt. No five-star hotel could beat the comfort of a roaring campfire after having bathed in glacial waters.

Another favourite spot was Santa Barbara, 10km north of Chaitén, where we camped on a beach that was frequented daily by dolphins. We also found it a good base from which to explore the adjacent Pumalin Park.

Activities: In January and February, there are rodeos all along the Carretera Austral. In Puerto Rio Tranquilo, we saw one in which huasos (cowboys) had to corner a young bull against a particular spot of the fence. During others, such as the three-day rodeo in Coihaique, huasos showed their skill in catching wild horses.

There’s no proper calendar listing these events; check with locals or count yourself lucky when stumbling upon them.

Preparation and directions: At the northeastern corner of Patagonia lies Puerto Madryn, which is the best place to stock up on supplies and rent a vehicle. The wildlife reserve on Peninsula Valdes is 100km northeast of town.

RNs 3 and 2 take you to Puerto Piramides, the gateway to the peninsula (entrance fee 45 pesos, about 25 US dollars). 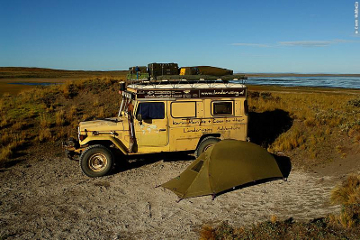 Campsite: Don’t bother trying to camp anywhere near the viewpoints along the coast. The peninsula is flat with hardly any trees, and hiding your car or tent is impossible. The rangers have learned where visitors try to hide for the night and will most likely find you.

It’s within the Latin American way of laws and logic, however, that there’s a place to camp. This is Punta Pardelas, southwest of Puerto Piramides, on the sheltered Golfo Nuevo. It’s signposted.

Take note where you pitch your tent. The tides fluctuate enormously, so keep away from the vertical mountain wall that surrounds the bay; it’s best to stay near the grassy area. Note that, contrary to the campsites listed above, there’s no freshwater source here for washing or rinsing — you’ll need to bring more than just drinking water.

Activities: Golfo Nuevo is a popular spot for Southern Right whales to mate and give birth (high season is June-December), and they’re especially visible during high tide.

During day trips we explored the other viewpoints on the peninsula to watch orcas, sea lions, penguins, and elephant seals.

Tagged
Camping National Parks
What did you think of this story?
Meh
Good
Awesome

Pitch Your Tent at These 10 Rad West Coast BLM Camping Spots
New York Has 180 State Parks, but These Are the 10 Best
This New Campground Site Helps You Find the Best Spot No Matter What You’re Looking For