SOMETIMES I ARRIVE AT A SUNSET spot thinking I’ll have it all to myself, only to discover that I’m one of 20 people walking up with a tripod. With the explosion of social media and the advancements in camera technology, more and more individuals have taken up photography as both a hobby and a career. Unfortunately a lot of photographers don’t seem to have the same skill with people that they have with Lightroom, and they could use a refresher course on how to share a space — and socialize. 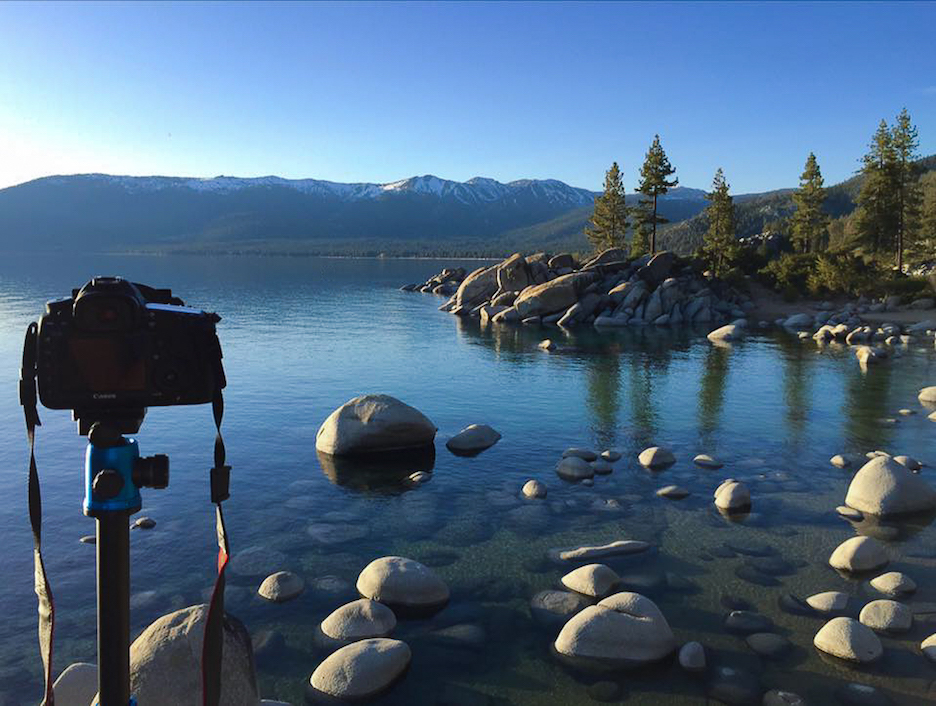 If you want to guarantee yourself a good spot, be one of the first people there. This allows you to test out a few different angles and return to your original post without worrying about someone else snatching it up. If someone arrives later and sets up in front of you, it’s an unspoken rule that they’re in the wrong, and other photographers will generally have your back.

I shouldn’t have to list this, but I am. Isn’t the whole point of exploring new places meeting new people? I always say hi to the photographers around me, and 95 percent of the time it makes for a great conversation. You never know when you might find an awesome adventure partner, and at the very least, if you’ve struck up a temporary friendship with someone, they’ll be far more likely to let you sidle up next to them or even borrow a lens if you need it. 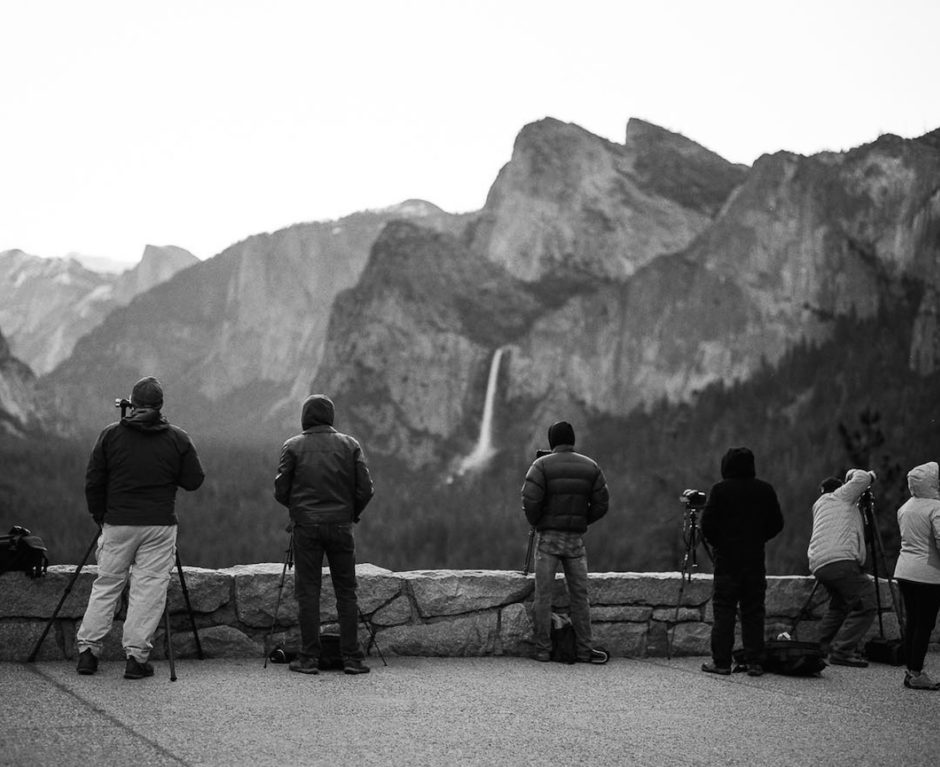 I prefer rolling solo, but sometimes there are very clear advantages to bringing a few friends if you’re shooting at a popular spot. If things get tense, you have strength in numbers, and if you want to switch spots with your pal or scoot in right next to them, it makes moving around a lot less stressful.

4. Give others a chance to get their photos. 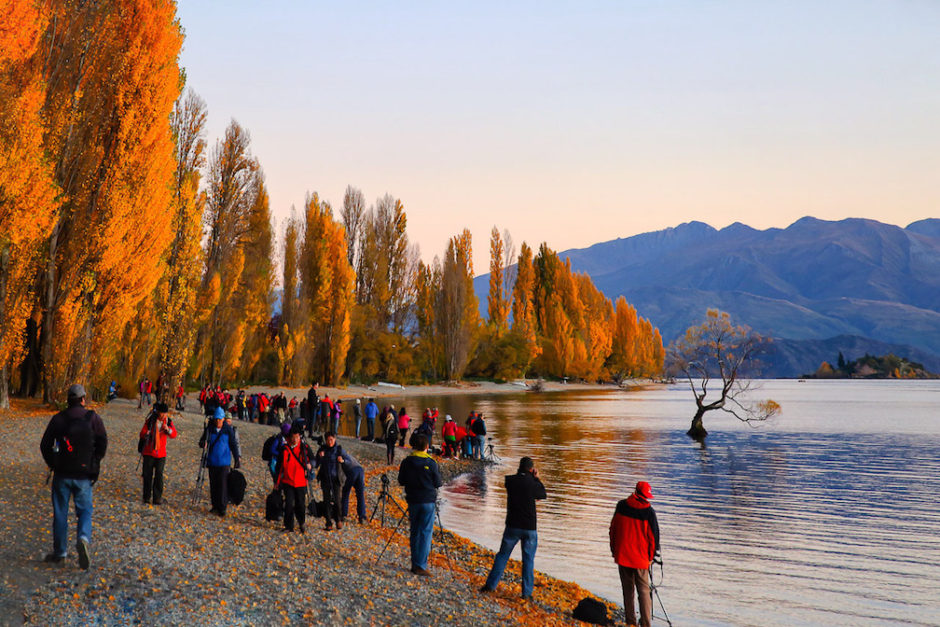 If someone asks nicely if they can fire off a few shots in front of you or come set up next to you, let them. It’s good karma, and wouldn’t you want someone to do the same for you? If you ask politely, you’d be amazed at what people will do to help you out. 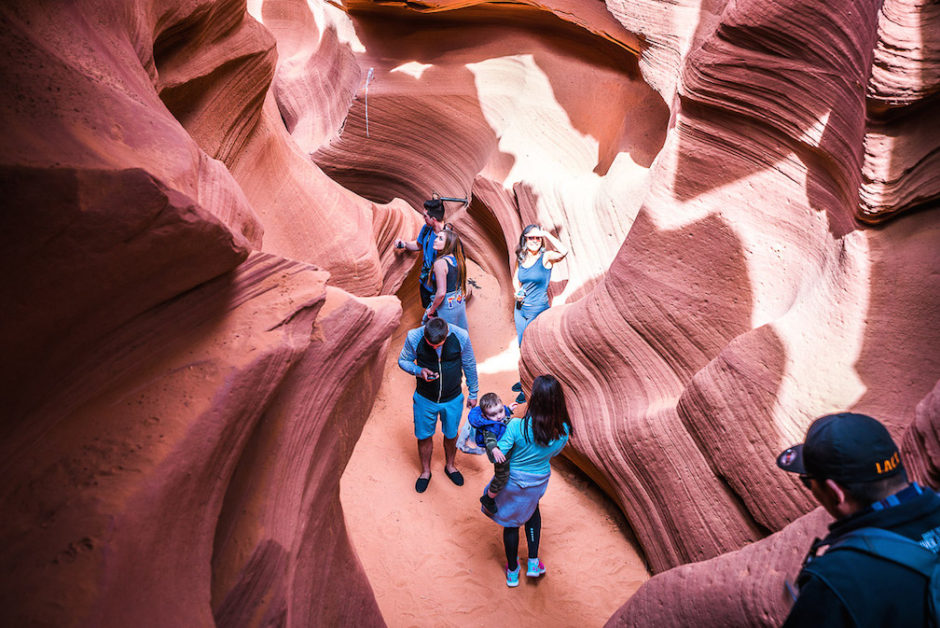 Find new ways to shoot the location and/or become a master at using the clone stamp tool in Photoshop. Unless you dress up in a very realistic bear suit at Tunnel View, you’ll never be able to scare off all the tourists gathered there, so you better learn to adapt. The only way to truly avoid hordes of people is to visit destinations during the offseason or the middle of the week, but even then, you won’t be alone.

6. Don’t be afraid to speak up if someone is being rude.

If someone’s tripod leg is in the corner of my frame, I won’t make a big stink out of it. However, if someone hops directly in front of me or tries to move my gear (this actually happened at Lake Wanaka in New Zealand), I will call them out. And you should too. No one should ever touch your camera equipment or force you to move, so if you’re being blatantly disrespected, it’s important to stand up for yourself.