Normally, the sight of this wolf bounding toward you would scare the crap out of you. But not at Aventuraid, located in the Boreal Forest in the Saguenay-Lac-Saint-Jean region. It is at this sanctuary, also known as Parc Mahikan, where guests and wolves live and play together. Founder Gilles Granal first encountered these wild animals in 2004 and has since opened three huge enclosures housing 38 of these prowling beasts.

Those who make the journey to Gilles’s solitary camp can stay overnight in one of three heated wooden cabins, or sleep in a yurt. A chorus of howling wakes guests up before dawn, then Gilles (a Tommy Lee Jones lookalike) invites everyone into the enclosure. The excited grey wolves greet you by jumping up and licking your face. But don’t fret, you’ll soon be rolling around, playing in the snow and wishing you could take one home.

2. Catch your lunch at an ice-fishing village 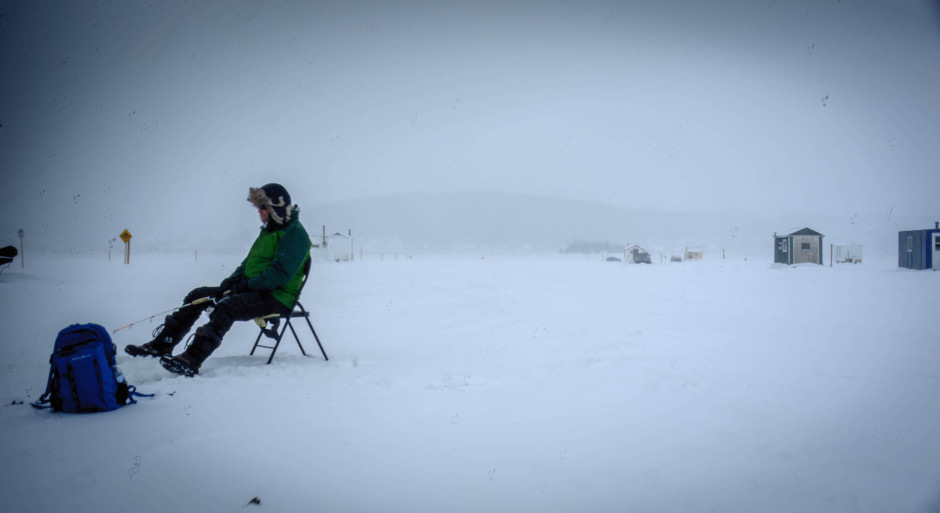 For someone who gets cold looking at a glass of ice tea, I was surprised to find myself sitting on a frozen fjord, fishing in -30 celsius. The Saguenay locals have a way of inspiring even the most mollycoddled of visitors like myself. Their La Baie fishing village — the largest on the Saguenay Fjord — hosts more than 1,000 cabins, sprawling in front of the forest-covered mountains. Join the locals by renting a cabin, stocking up on beer, chips and poutine and dangling a few lines into drilled holes in the ice. Rainbow smelt should be easy to hook while cod and red fish are more challenging.

At nightfall, look out for the illuminated cabins welcoming neighbours for intimate, late-night parties.

3. Fly on skis on a frozen fjord

Between stints of ice fishing and driving snowmobiles around the Saguenay Fjord, visitors to La Baie ice-fishing village can fly high with kite skiing. Simply, grab onto the kite handle and let the wind pull you along the snow-covered ice as you carve turns. As the wind picks up, rise from the surface and float through the crisp air like the locals. 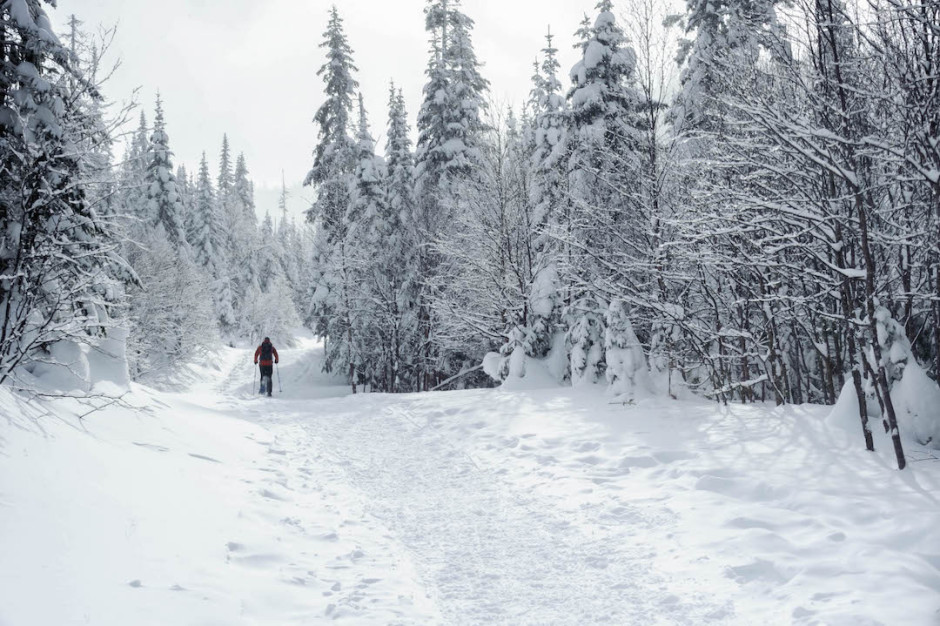 Snowshoeing into the deserted Parc national des Monts-Valin is one of the most solitary day trips you could wish for. You’ll encounter no-one else but the ghostly shapes formed by snow drifts piling upon spruce and fir trees. You’ll hear nothing but your crampons crunching over the fluffy crust of the compact snow.

Just four years ago, parts of the national park, such as the Valley of Phantoms, were inaccessible to anything but snowshoes and snowmobiles. Now, Parc national des Monts-Valin transports guests from the visitor centre to pure white valleys and astonishing views. From here, several trails no wider than a 10-pin bowling lane wind past dramatic snow structures shaped like mummies. The trail then opens up to a view of endless snow-sprinkled forests and frozen rivers. It’s worth the trek for those looking to escape civilization for a while.

5. Explore Saguenay on a snowmobile 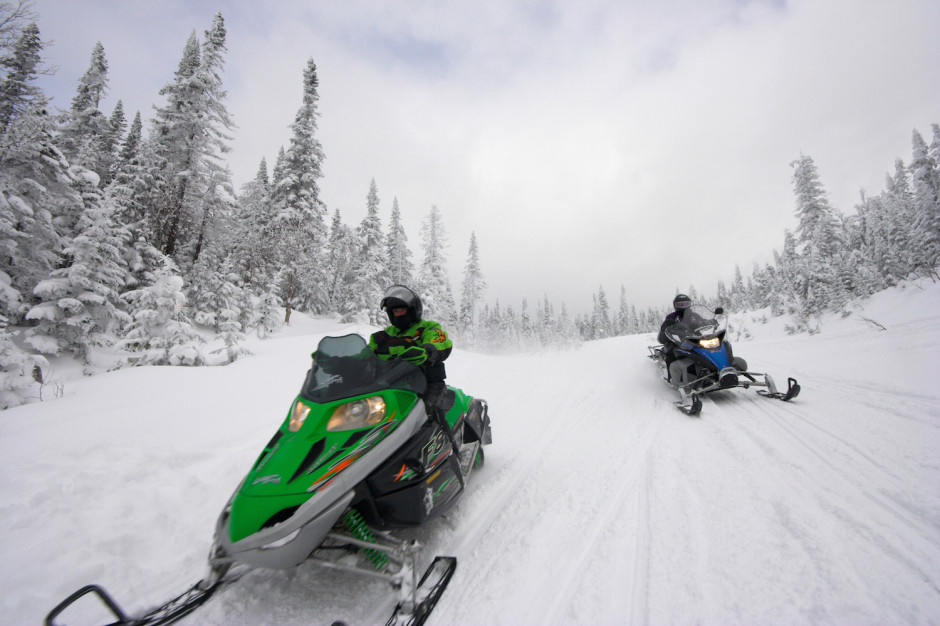 The varied landscape, a long and snow-guaranteed season, along with 3,500km of groomed trails (about the distance from the UK to Russia) make Saguenay the ideal spot for snowmobiles. Fjords, rivers, mountains, lakes and forests are all part of the ever-changing terrain that holds snow for 22 weeks of the year. Hotels and restaurants dot the trails, offering riders ideal rest bites.

6. Immerse yourself into the culture of a unique ice village 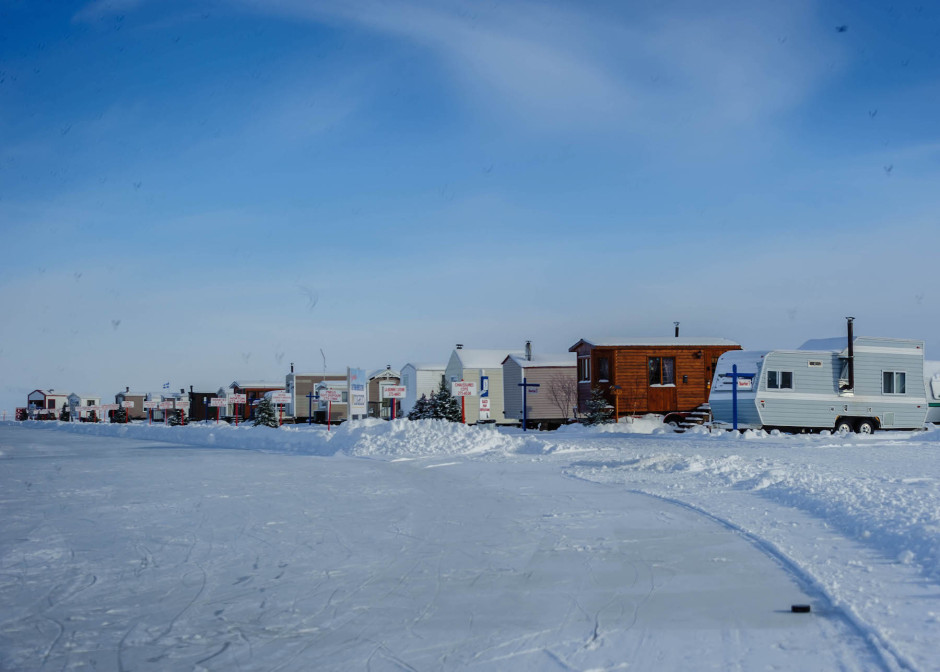 At first glance, Roberval may seem like any other town in northern Quebec. But, head to its frozen lake to find a unique ice village with rows of cabins puffing smoke from their chimneys. Created in 2003, Village sur glace de Roberval hosts a 1km ice-skating track (free to use), a hockey rink, a cafe as well as weekend parties and live events. The ice village — which hosted Hockeyville (an annual ice hockey competition) in 2008 — is the only one of its kind to feature its own postal service. Visitors can rent heated cabins and decorate them as elaborately as they wish.

What better way to explore the pure-white backcountry and vast frozen lakes than in the control of six beautiful huskies. At Aventuraid, Girardville, guests help pick their team of panting, howling sled dogs before saddling up and heading out into the heart of the boreal forest.

Multi-day tours take you, and these magnificent animals, through the backcountry of birch, fir, larch and spruce forests. You can learn the ways of the Canadian musher by sleeping alongside the dogs, brushing their fur, feeding them and checking their paws.