SEEING THE WORLD from below the water is a perspective not many, turtles excepted, are used to. Capturing coastlines and cities from the water is a project I developed over the past 12 months. Using a dome housing for my camera it splits the image into two worlds, above and below the water line. From fountains to lagoons, seas and lakes, take a peek below at my adventures photographing “The World from The Water.” 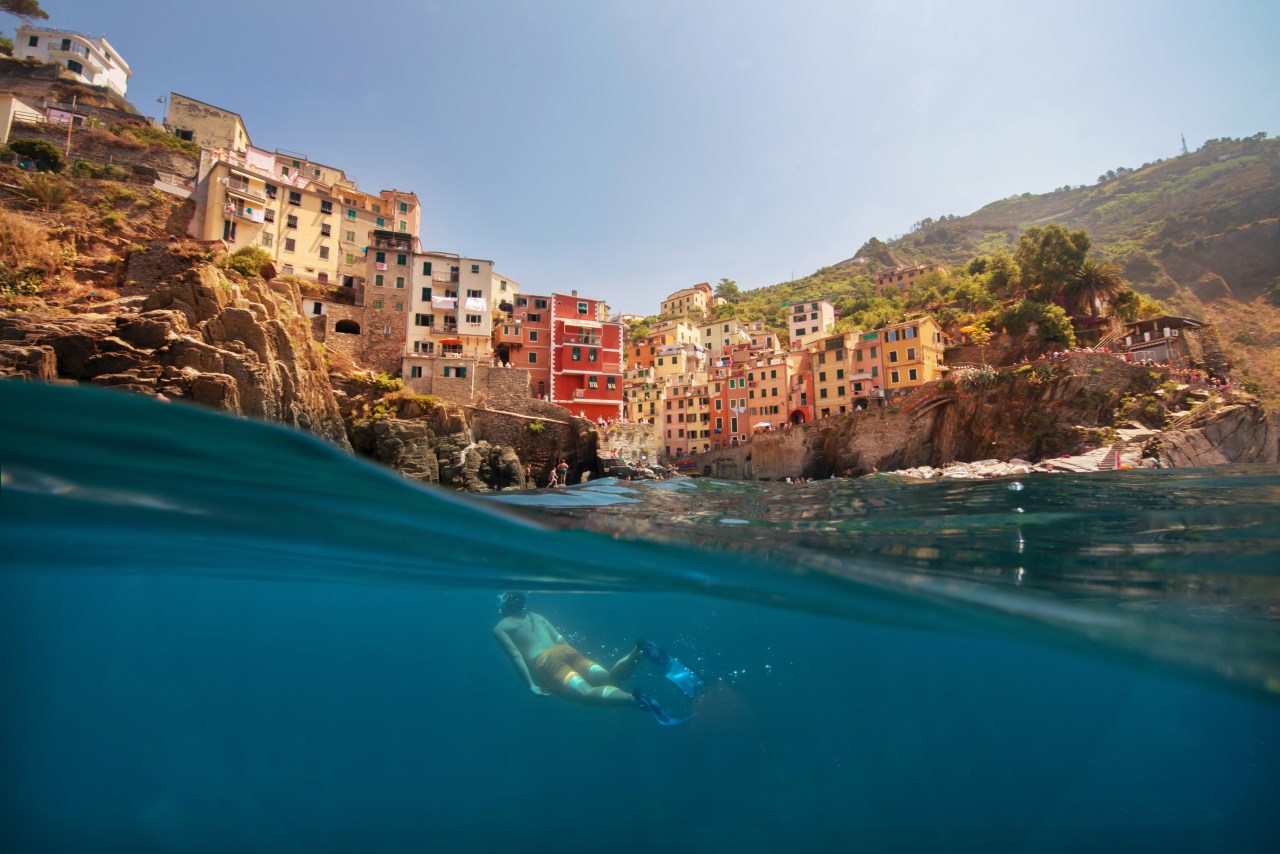 All photos by Lisa Michele Burns, The Wandering Lens

If love at first sight was a village, Riomaggiore would be it. Dating back to the thirteenth century, this little village on the Italian coast of Cinque Terre is like watching a rainbow appear from the sea. 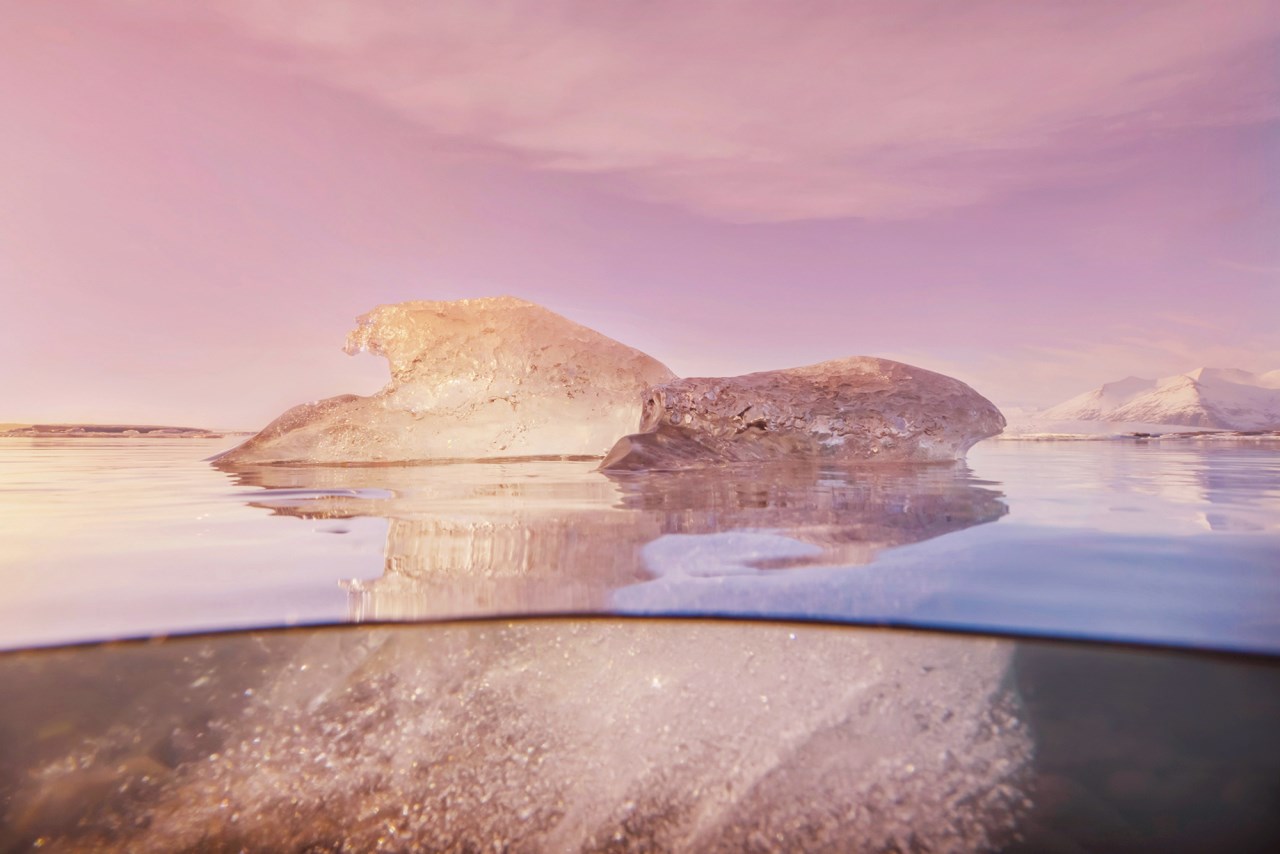 Jökulsárlón Lagoon is home to floating chunks of ice that break off from the Breidamerkurjokull Glacier in Iceland’s Vatnajökull National Park. Some of the flat icebergs are used by the local seal colony as day beds for soaking up the sunshine! 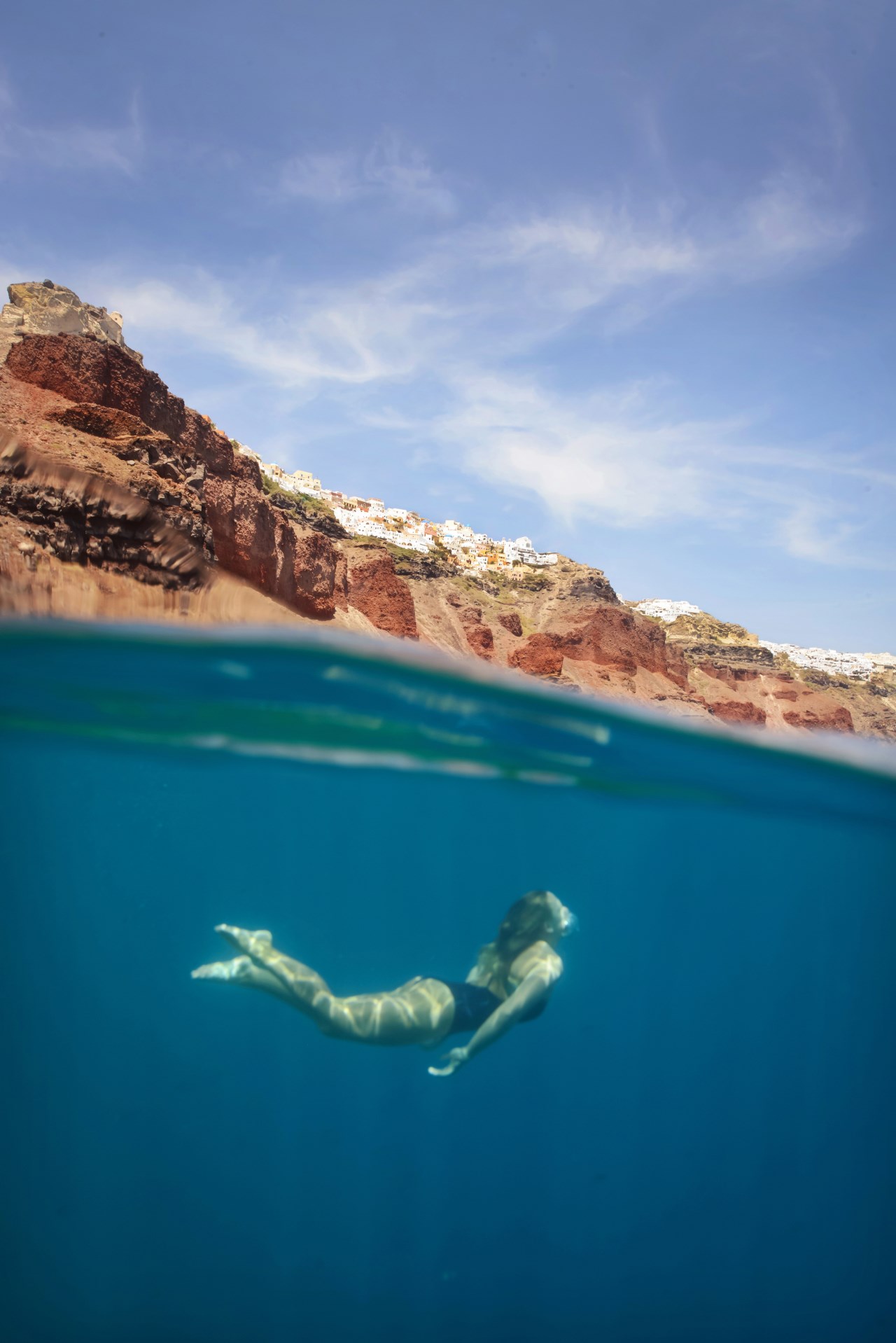 White-washed villages built into rugged cliffs that were forged in 16th century BC by a devastating volcanic eruption have given Santorini its drawcard. Wandering along the coastal path from Ammoudi will lead you to this spot where you can search for Atlantis and swim in the clear water of the caldera. 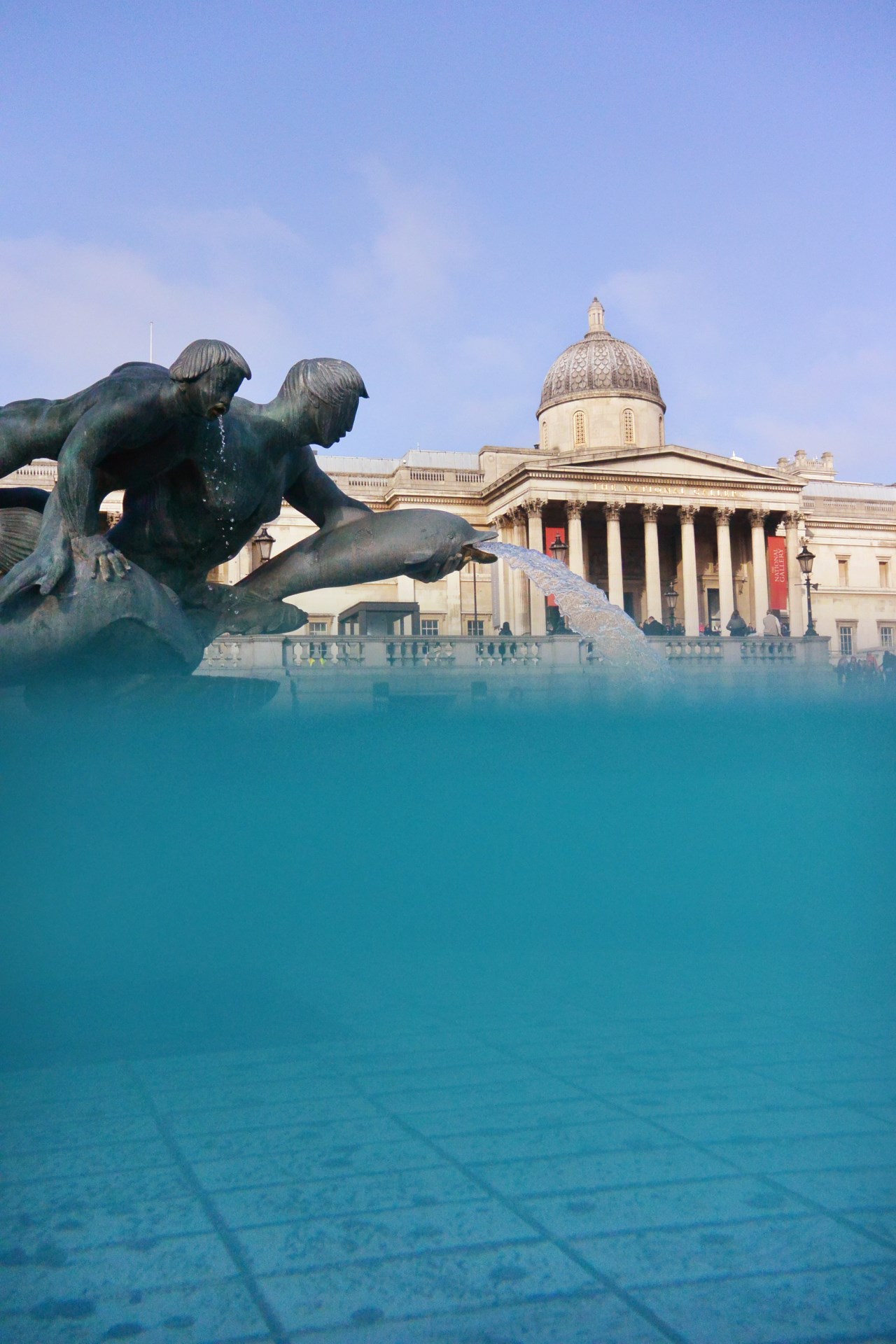 London isn’t the first place that comes to mind when you think of clear blue water but that’s exactly what you’ll find in Trafalgar Square. As people look on, dip an underwater camera in for a unique view of the city. 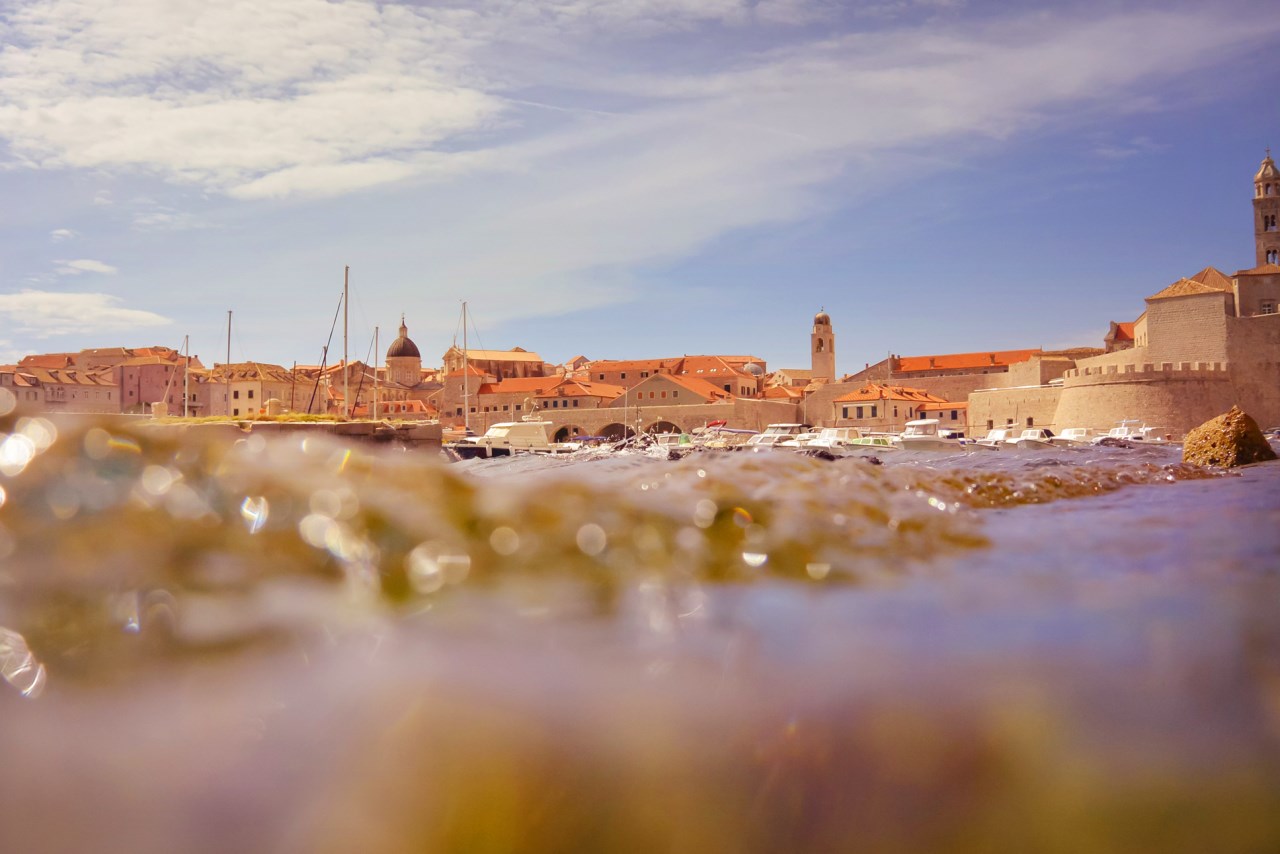 Under siege as recent as 1992, Dubrovnik is now one of the most popular stops for sun-loving tourists. The walled city has a number of tunnels that lead through to the sparkling Adriatic but this spot offers views from the sea toward the old town and harbour. You’ll find it by walking over the rocks to the south of Banje Beach. 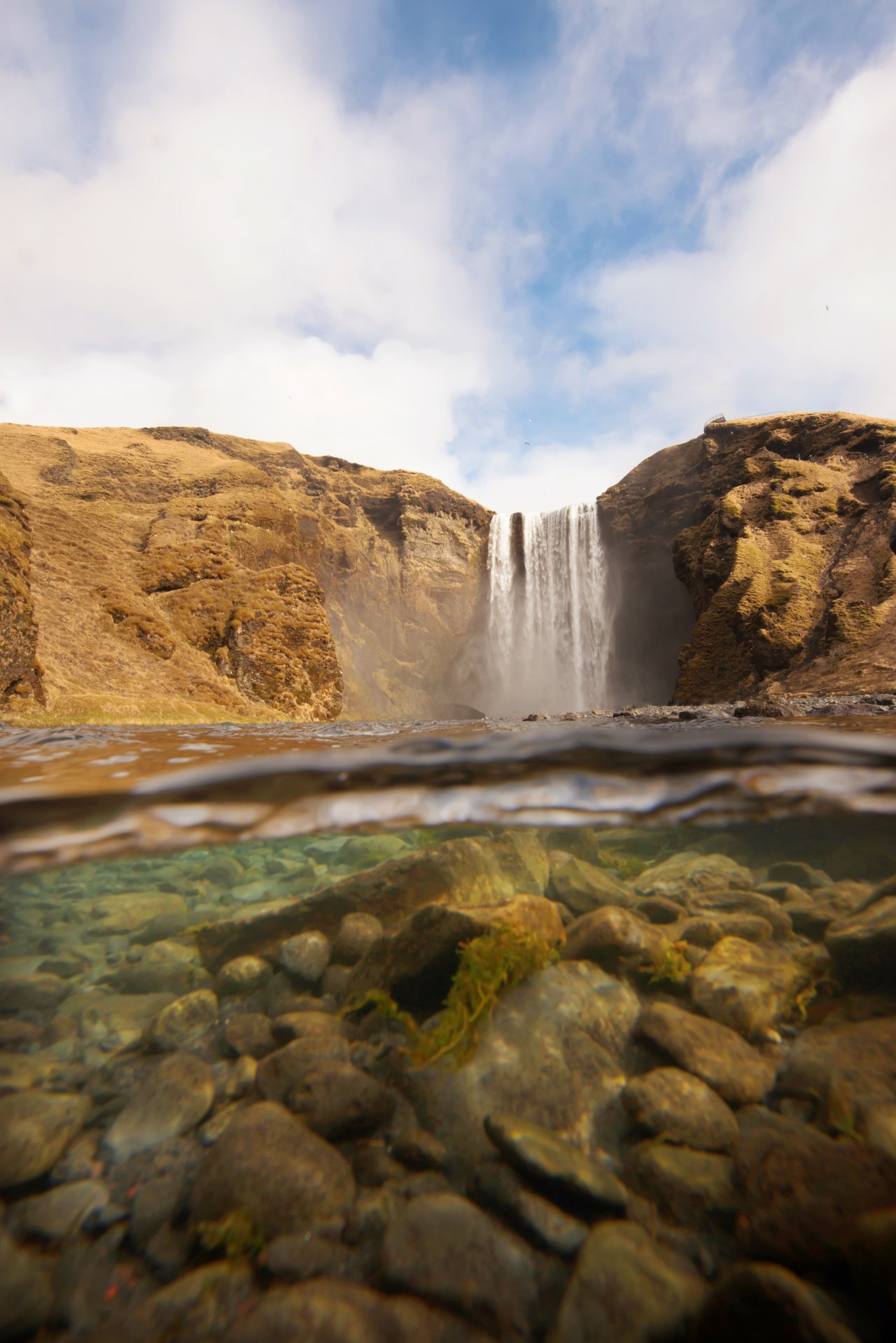 Iceland’s mighty Skogafoss is actually a reminder of where the Atlantic coastline once was. Now some 4-5km from the shore, the waterfall is rumoured to be the location of Viking treasure, hidden by the first Viking settler Þrasi Þórólfsson in a cave. 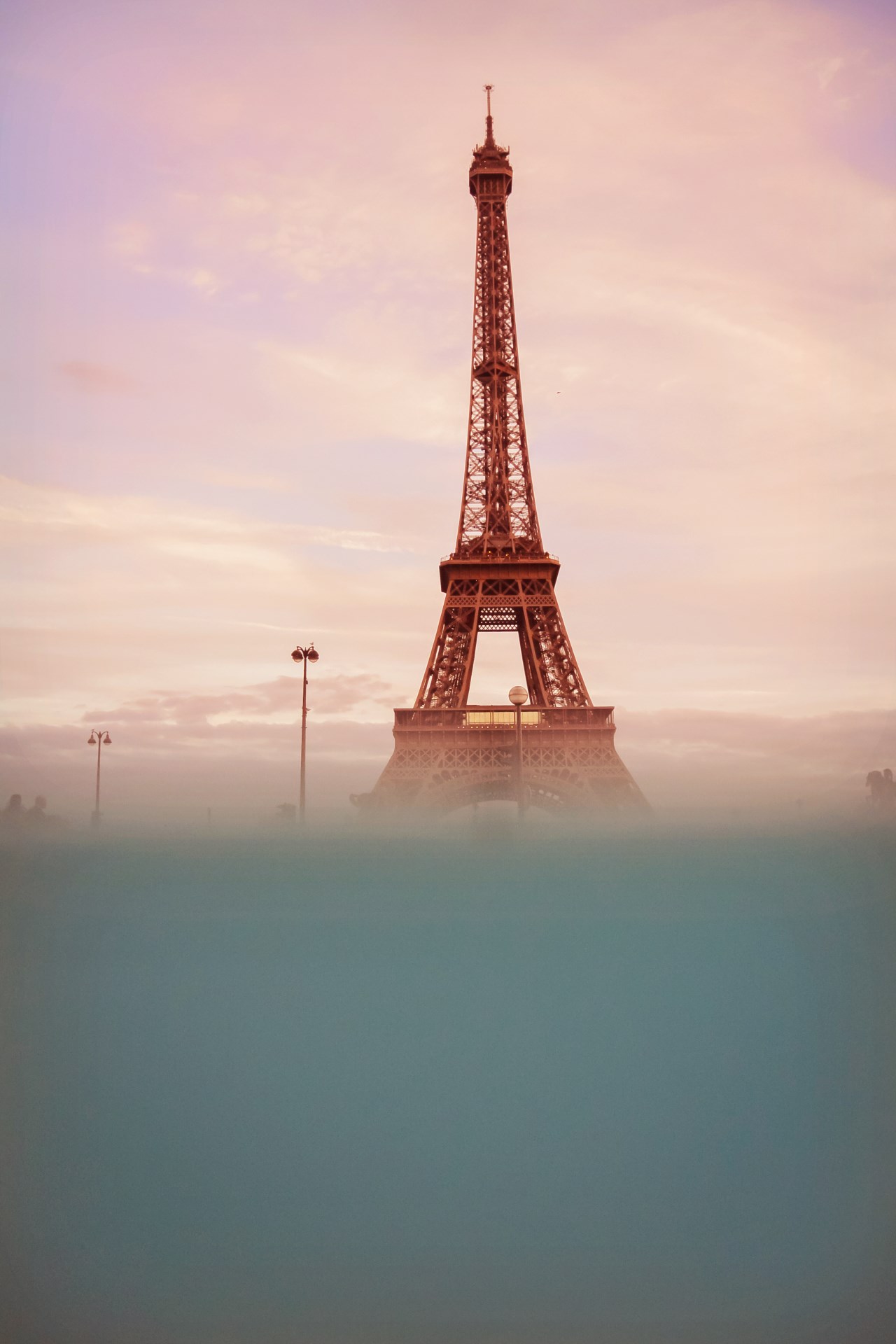 The Warsaw Fountains and its 20 water cannons shoot aquatic displays towards the Eiffel Tower from the Jardins du Trocadéro every hour in summer. In between displays you can take a turtle eye view of one of the world’s most famous monuments. 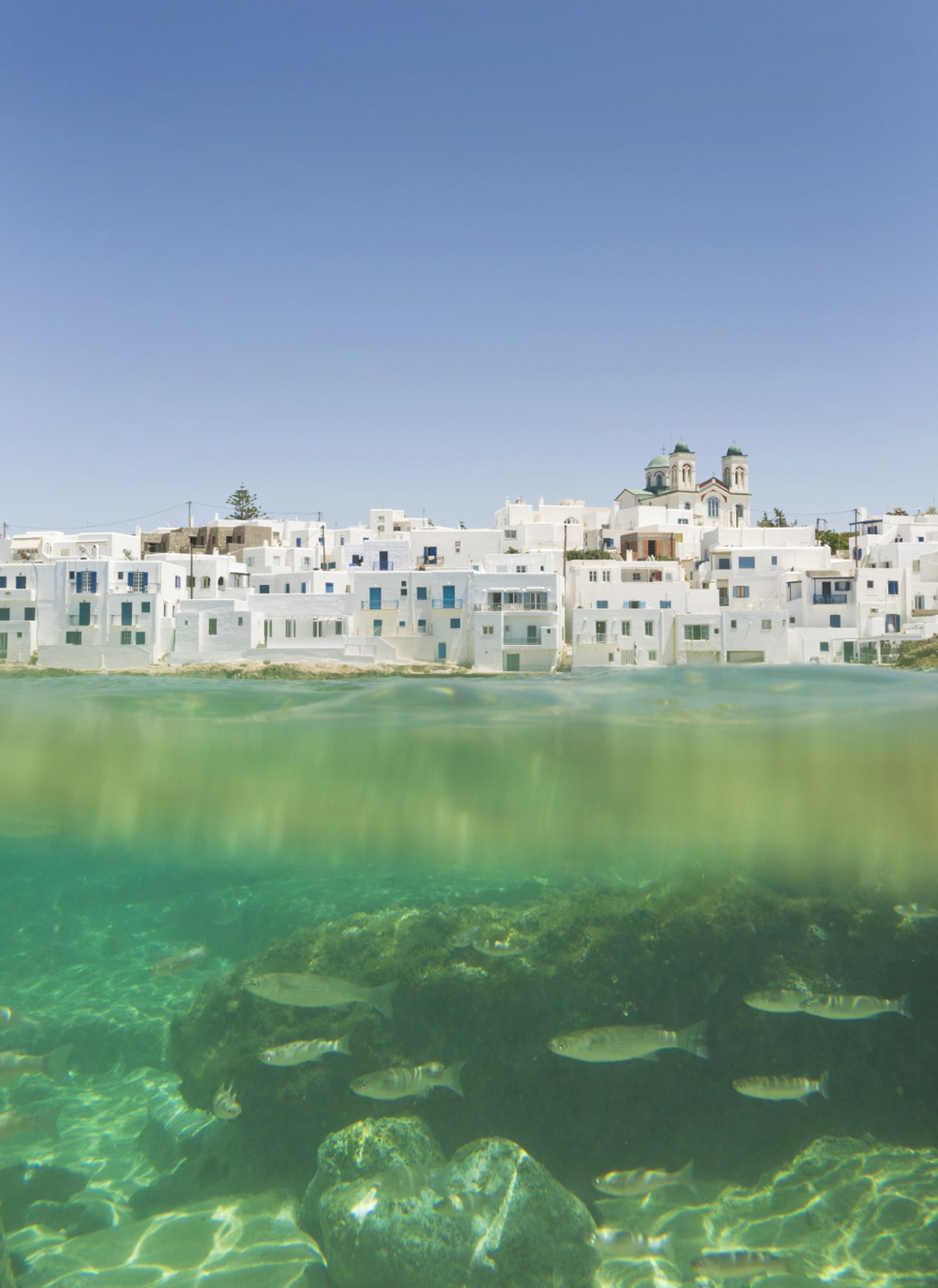 On the Greek Island of Paros you’ll find the white washed fishing village of Naoussa on the northern coast. While this moment might look intentionally captured, I actually had no idea the fish were in the shot until afterward. Local fisherman seem to have more luck though and head out to sea at sunrise bringing back nets filled for the seafood restaurants scattered around the tiny port. 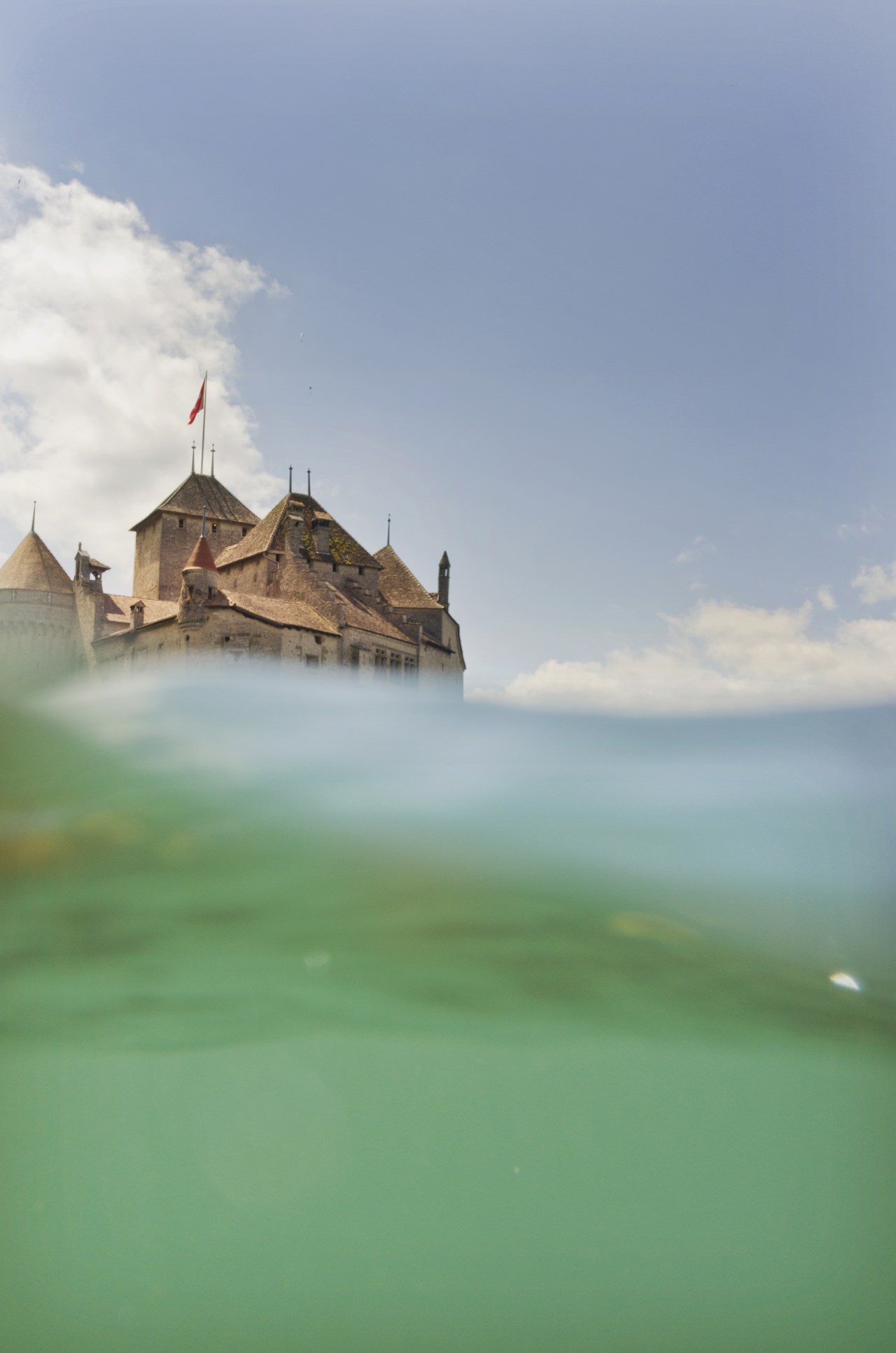 The Counts of Savoy once called this watery castle on the banks of Lake Geneva home. With snow-capped Alps as a backdrop and resident swans floating around the perimeter, the castle is now the most visited historic building in Switzerland.