THOSE CLASSIC SHOTS you’ve seen of the California coast? We’re willing to bet they were taken right here. Rugged shorelines, rolling vineyards, a legitimate castle, trails, trails, and more trails — it’s practically bragging just stating the facts. And while it’s easy to relax and soak in those California vibes, or kick back with a glass of some of the best wine in the world, San Luis Obispo is also awesome for getting outdoors.

Here are nine reasons why San Luis Obispo should top your list for adventure.

1. There are endless opportunities for hiking,… 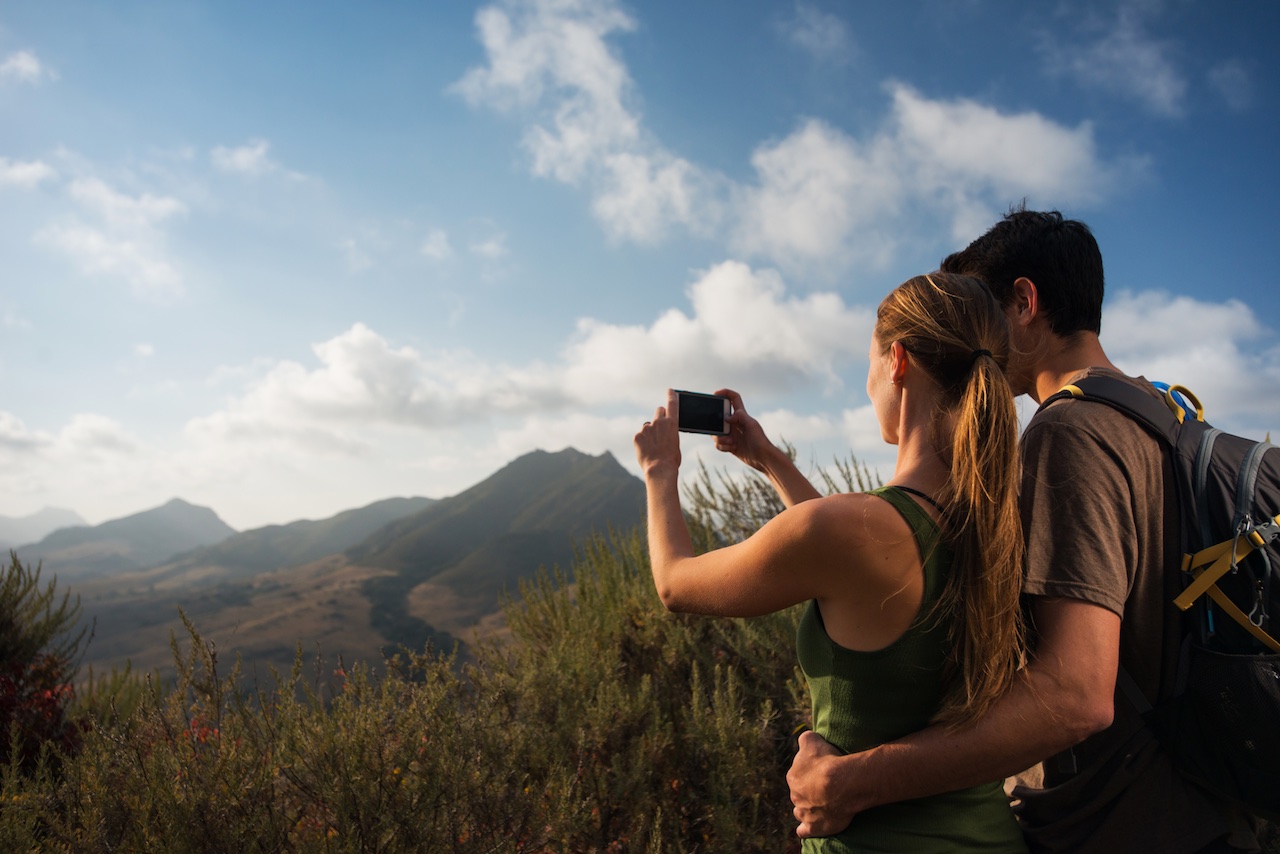 Getting up at the break of dawn to take a walk is somewhat of an ordeal in San Luis Obispo. Not because the sun isn’t yet shining on the Pacific, or because the coffee hasn’t been brewed, but because there are tough decisions to be made — namely, which of the city’s trails to take on today.

Do you put on your hiking boots for a trek through the Irish Hills Natural Reserve and its eight miles of looping trails, or trek to the top of the South Hills Open Space near downtown to watch the sunrise over the city? Or do you go all out and climb Cerro San Luis (aka Madonna Mountain), just west of downtown? The main trail there is a four-mile round trip where you can work up a healthy appetite (there’s over 1,000 feet of elevation to be gained) and catch glimpses of San Luis Obispo and the Edna Valley while making your way to the summit. There’s also a short-and-sweet version: the Lemon Grove Trail, which is a quicker loop through the same area.

With over 30 miles of hiking and biking trails within the San Luis Obispo city limits, what’ll it be? 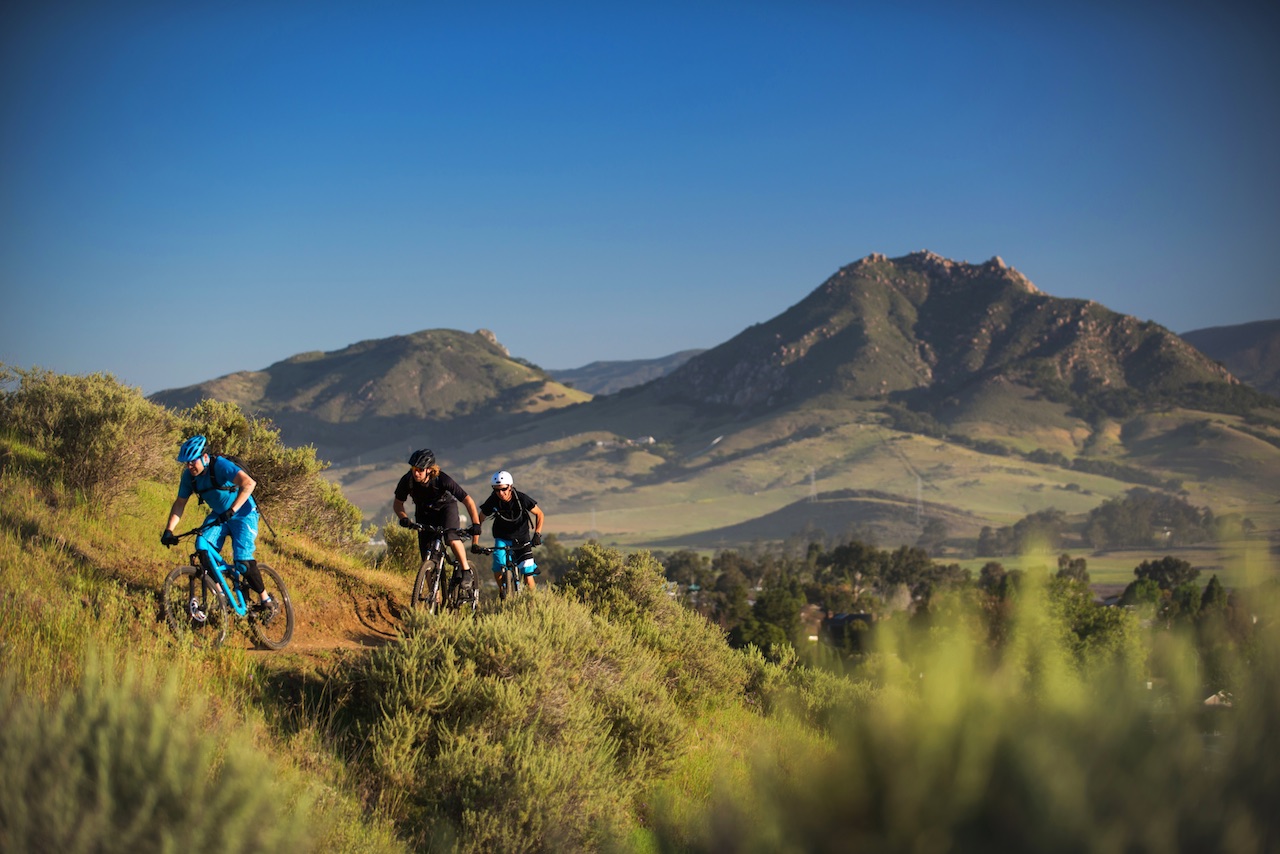 There are plenty of biking options, ranging in difficulty, in this neck of the woods. Here are just a few: Johnson Ranch, south of downtown, is a moderate course with a trail that connects to Froom Canyon in the Irish Hills. Madonna Mountain’s infamous Rock Garden is aptly named — with sizable obstacles to avoid while careening downhill (don’t forget to pause for a moment to catch your breath and take in the view).

To the north of the city is the Poly Canyon Loop, a 7.1-mile trail through rolling hills. Here, you’ll pedal past the “Architectural Graveyard,” where hobbit-like projects from California Polytechnic University architecture students from days-gone-by still stand today. Technically, it’s the “Poly Canyon Design Village,” but old, grown-over projects have given it the more descriptive name. Note: There are rumors of a revival in the works.

3. …and some serious city cycling. 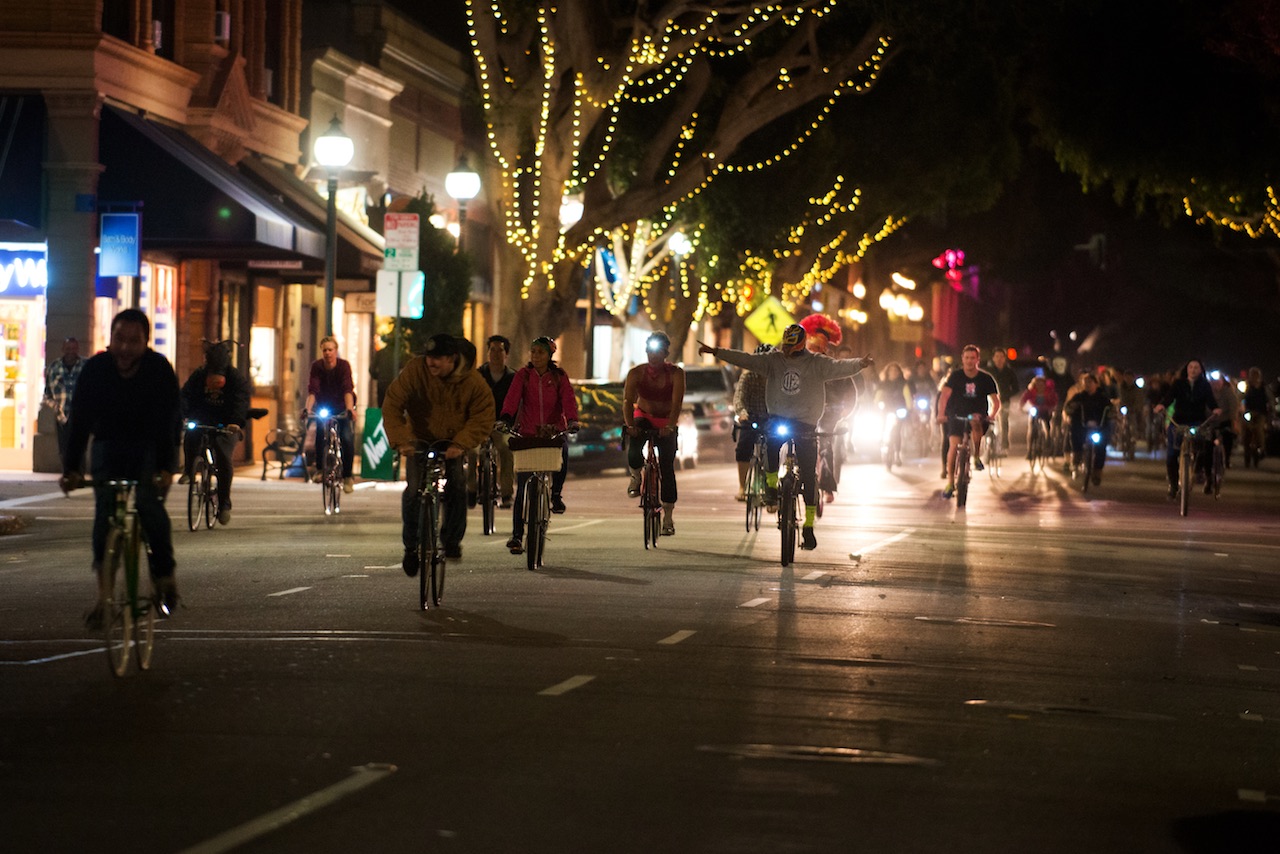 There’s a reason the AMGEN Tour of California passes through San Luis Obispo: This city feels like it was made for cyclists. You can get pretty much anywhere using routes specifically designed with two-wheeled transit in mind. Cases in point: Bill Roalman Bike Boulevard, which connects downtown to the train station, is decidedly pro-cyclist; the Railroad Bicycle Trail connects Cal Poly University to downtown and beyond; and the Madonna Inn bike trail brings guests right into the city.

There’s no better place to see just how serious San Luis Obispo takes its cycling than at the monthly Bike Night, where dozens of almost-always-costumed cyclists gather at Mission San Luis Obispo at 9:30pm on the first Thursday of each month, before heading out on a ride around the city, sharing bike-love as they go.

4. The farmers markets include farm-to-table dinners. 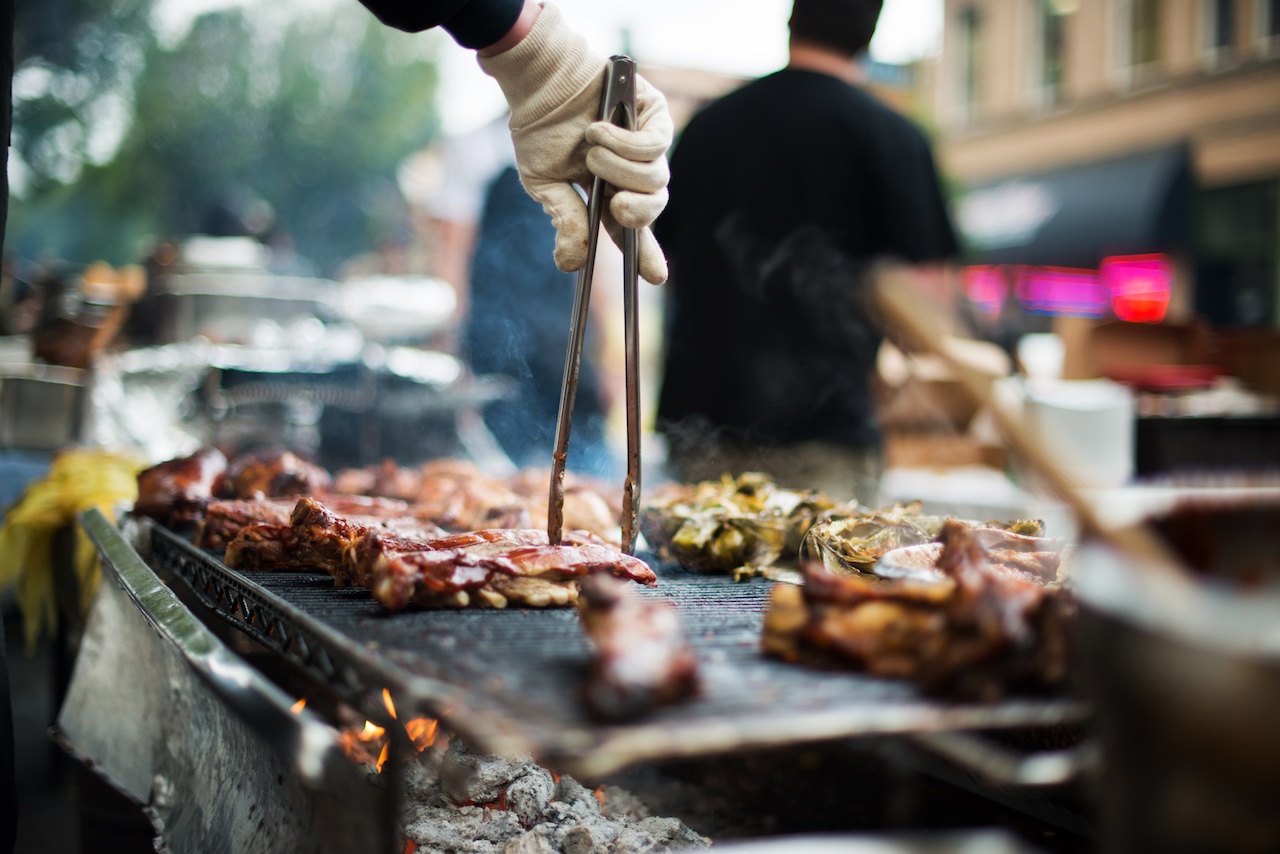 Spending all day on the trails is good and all, but it also works up an appetite. Head into town on a Thursday evening and you’ll be met with a massive reward: From 6 to 9, Higuera Street becomes a pedestrian market, with more than 120 vendors selling locally grown and sourced fresh fruit, veggies, artisanal bread, honey, and other products. For around $10, you can grab yourself a plate of farm-to-table goodness — think barbecued ribs, sausages, and tri-tip. A local go-to is F.McLintocks Bar-B-Q on the south side of the market.

Wash it all down with a pint of locally brewed beer (you can’t go wrong with anything from SLO Brew), and stretch out those trail legs under the stars, with some live music to boot.

5. Trekking between vineyards is a San Luis Obispo pastime. 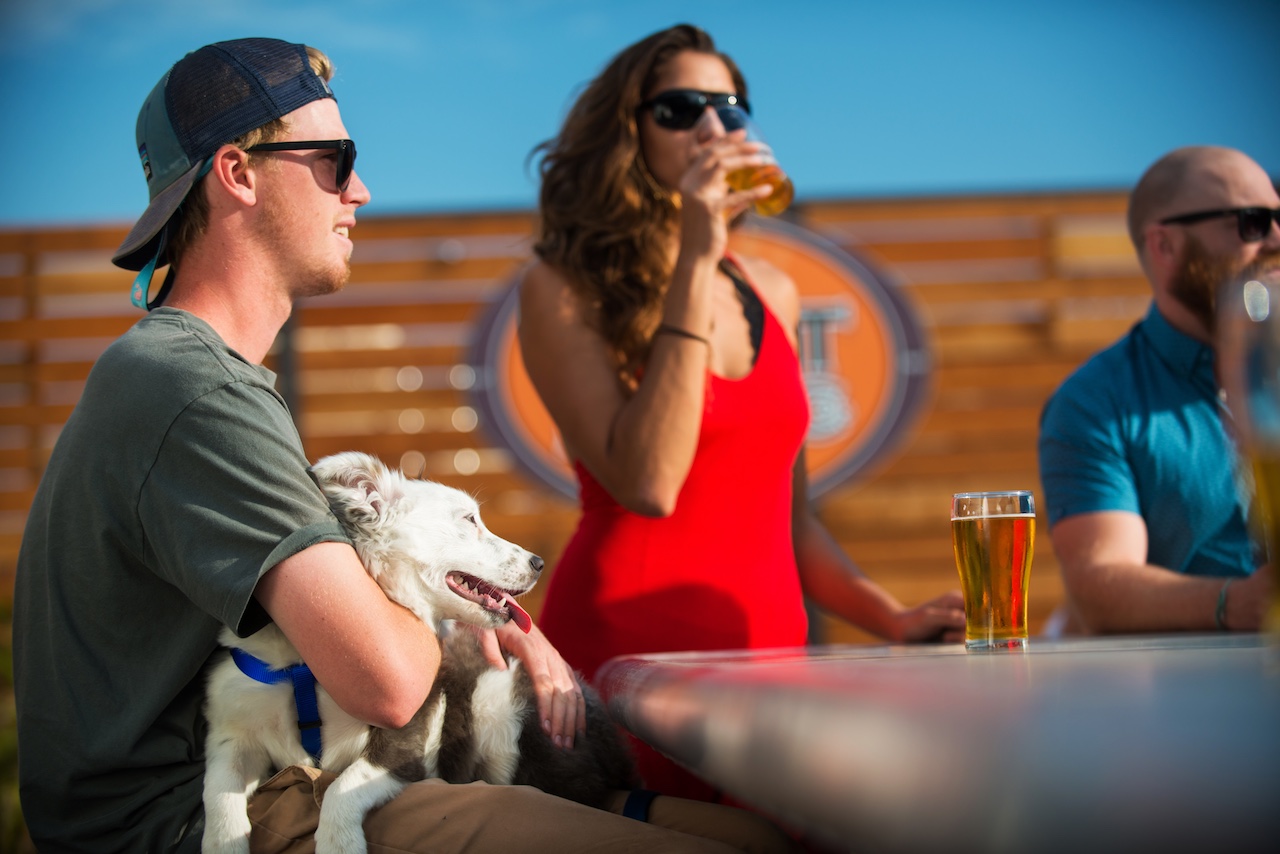 San Luis Obispo knows a thing or two about wine. The city is on the northernmost edge of the Edna Valley AVA (American Viticultural Area), famed for its Chardonnay and Pinot Noir. Central Coast Outdoors guides half-day wine tours by bike — by far the best way to take in the landscape — that includes stops at wineries like Saucelito Canyon and Chamisal.

If you’re so inclined, plan your own route through the county and check out as many boutique wineries and breweries as you can (one you seriously won’t want to miss is Libertine Brewing, right in downtown San Luis Obispo). The rolling hills will have you wanting to break into a Sound of Music-esque romp over the green pastures…especially after a few flights of San Luis Obispo’s best.

6. There’s no better place to become a kick-flip legend than at the Skate Park. 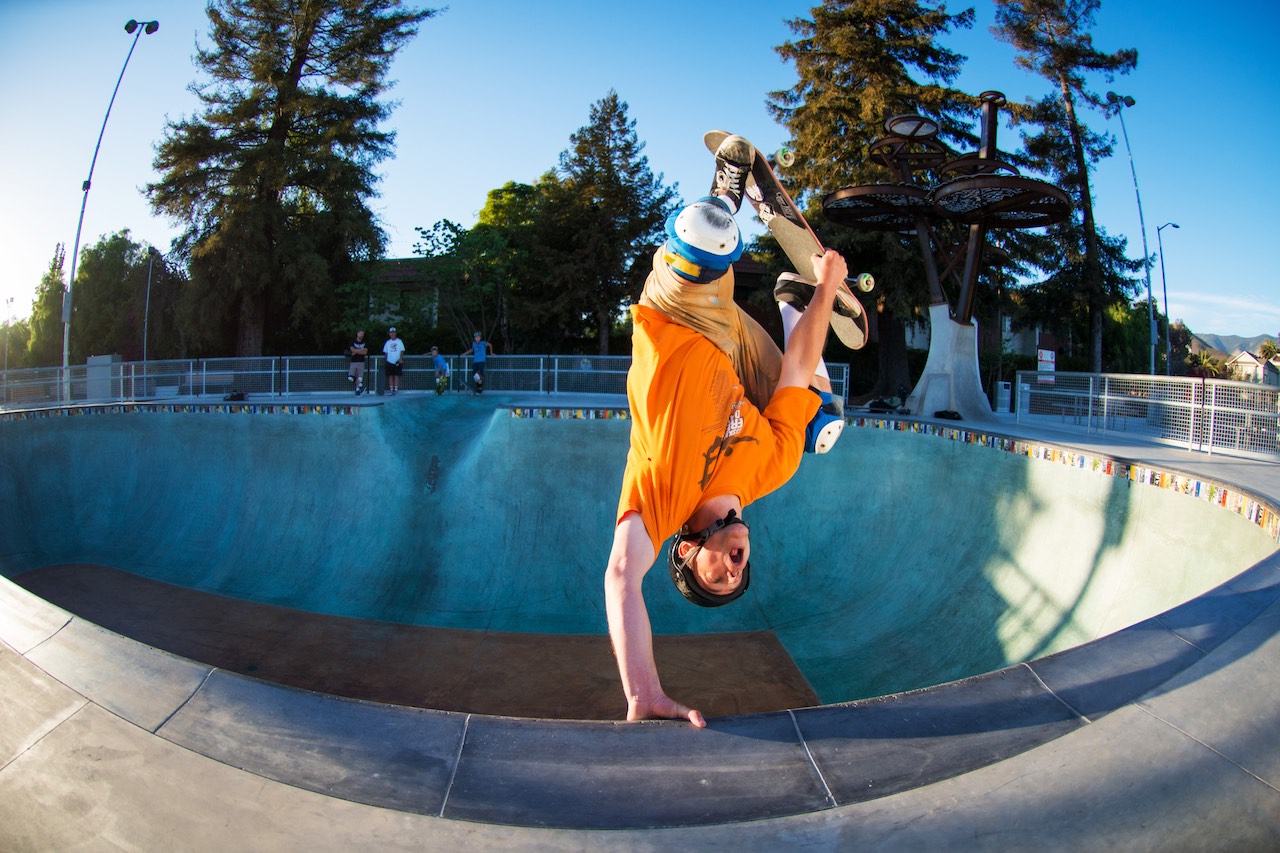 The residents of San Luis Obispo must have collectively sat down at some point and watched Lords of Dogtown, because in 2015, the city opened the state-of-the-art, $2.2 million San Luis Obispo Skate Park. Designed with input from the pros, the facility has ramps, stairs, and rails for skateboarders, inline skaters, and even scooter-pushers to tailwhip and kick-flip themselves into bliss.

A variety of bowls allow for aerial stunts for the more experienced, and four 30-foot concrete and steel skateable public art pieces mean it’s also a great place to just hang out and catch a wicked show. Yes, you’re allowed to snapchat the wipeouts.

7. You can flex your bow and arrow skills here, too.

Prithee, young archer — dost thou wish to striketh the eye of a bull from 100 yards? In San Luis Obispo, folks take the bow and arrow seriously. The San Luis Obispo Sportsmen’s Association owns a range and, for $15 (including equipment), archers can prowl the lands taking aim at targets like a hunter of olde. Classes are held regularly in and around the city for noobs to the sport…because even Robin Hood knows that practice makes perfect.

8. The Bob Jones City to the Sea Trail is a scenic escape to the water. 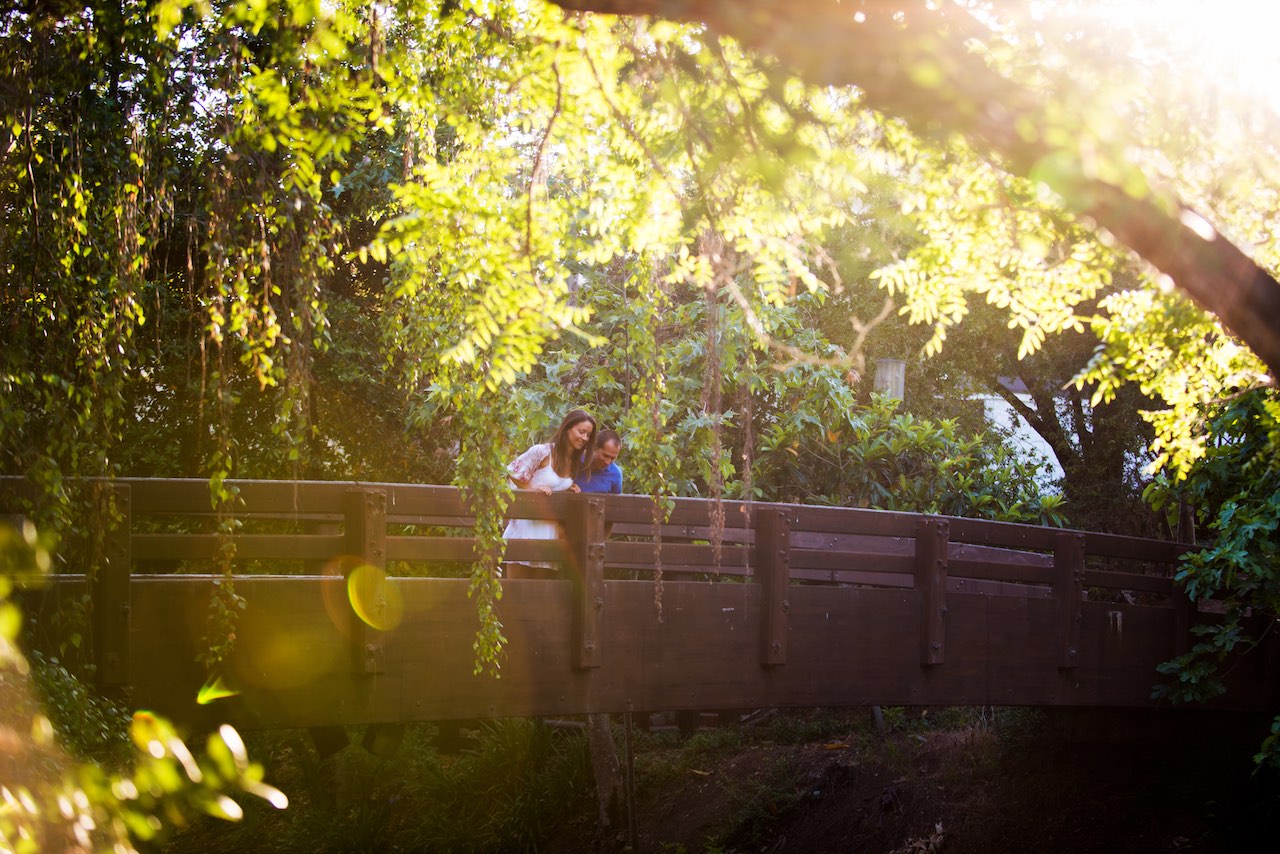 It would be downright irresponsible to talk San Luis Obispo without mentioning its proximity to the ocean (arguably some of the prettiest coastline you’ll see on any Highway One road trip). To get there from the city, hit the Bob Jones City to the Sea Trail. Tip: It’s definitely done best with a picnic basket and camera in tow.

From the Ontario Road trailhead south of town, the trail is a gentle 2.5-mile paved path to Avila Beach, running along San Luis Obispo Creek. There are several places worth stopping for a snack break — featuring goodies picked up at the Woodstone Marketplace along the way — or just to take in the scenery. However you get there, you’ll be glad you did.

9. Even where you sleep will be an adventure. 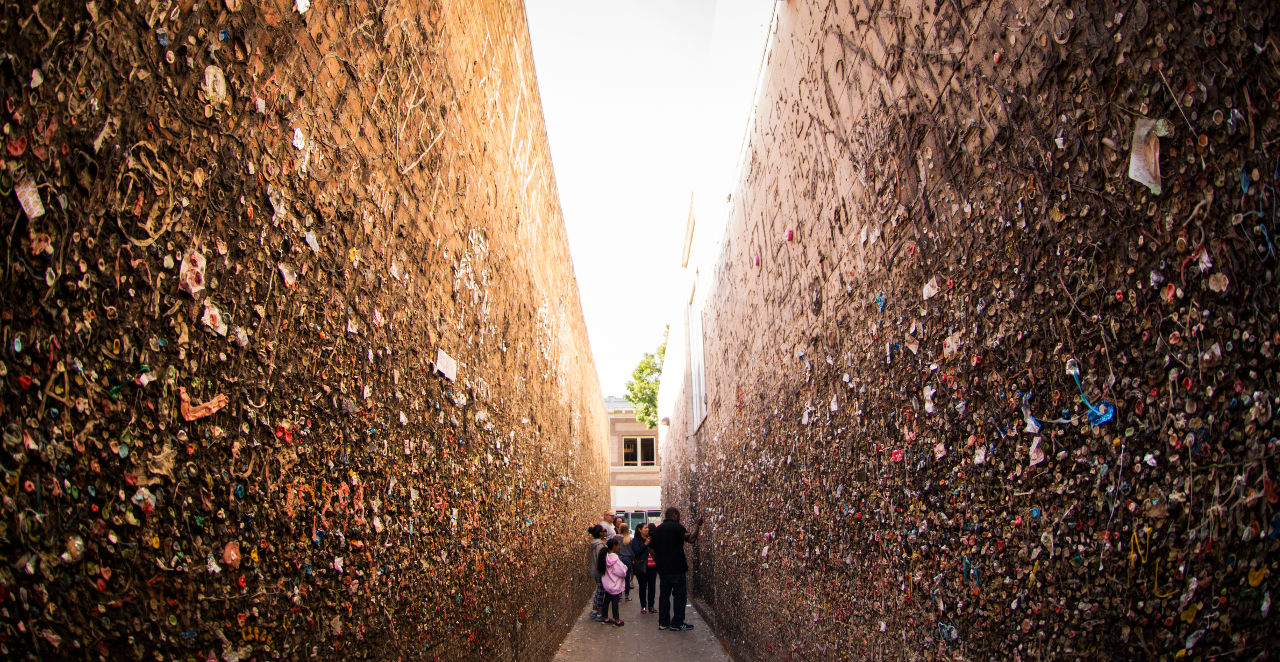 The fun doesn’t have to end after a day on the trails, exploring wineries, or soaking up the sun — where you hit the hay can be just as adventurous.

At the historic Madonna Inn, a San Luis Obispo landmark in itself, you can spend a night in the Swiss Alps, Austria, or even the Wild West (ask for the “Yahoo Room”). SLO Brew Lofts, on the other hand, is all about the urban vibes, located on the second floor of SLO Brew. There are five suites and you’re right in the eye of downtown, across from Bubblegum Alley, living like California royalty (ask for the Voyager suite — it leads to the rooftop deck). If cozier and quieter is more your speed, Avenue Inn is a sturdy downtown option. The rooms are all brand new, and you’re a few blocks away from farmers markets, art studios, and some epic barbecue.

And these are just three of the 38 unique hotel options for your trip to San Luis Obispo. At the end of the day, is this actually the “happiest place in America?” There’s only one way to find out.

This post is proudly produced in partnership with SLO CAL and the City of San Luis Obispo.
Tagged
Outdoor Trip Planning
What did you think of this story?
Meh
Good
Awesome

13 signs you went to college in San Luis Obispo

How to piss off someone from San Luis Obispo