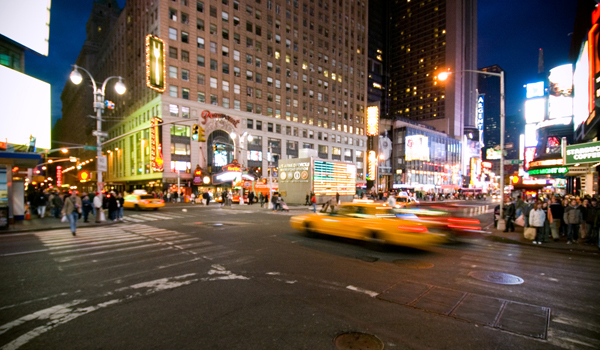 New York, New York, so good they named it twice, so expensive you’ll need a second name to escape the debt collectors.

NEW YORK ISN’T THE most expensive city in the world and for many foreign visitors it’s getting cheaper every day as the dollar collapses. But for the cash strapped (or just economical) traveler, New York still isn’t cheap.

It is, however, one of the best cities on earth for the variety of cheap activities. Save up your air miles and you might even be able to get there for free; then it’s just eating and sleeping you’ll have to worry about.

Few journeys offer such stunning city views. As you leave the ferry port (closest subway: South Ferry on the 1 line), a panoramic view opens onto the city’s long avenues and the East River- taking in the Brooklyn and Manhattan bridges – before passing the Statue of Liberty with views of Ellis Island. The 25 minute journey takes you to Staten Island. Cost of a return ticket: $0 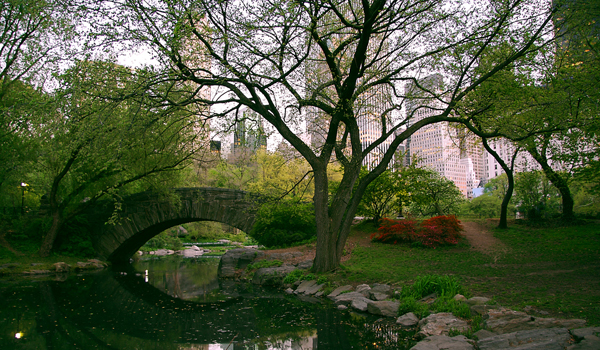 Buy a one-day (or weekly) Metrocard and enjoy unlimited travel on New York’s buses and subways. You can take in the whole island on its extensive bus and subway network for the price of two lattes at Starbucks! See all the sights from the window of the bus and take along your guidebook to give yourself your very own guided tour (without the vast queues and long waits for a tour bus).
One Day Pass: $7.50

It seems a shame to take the subway when there is so much to be seen above ground. Some of the best areas to walk around are the Financial District, Times Square, the Flatiron Building, and Little Italy or Chinatown, to name just a few.

With a Big Apple Greeter a local will show you the sights and sounds of the city on a 2 – 4 hour tour. Tours are free but bring a good pair of shoes.

Soak up Some Culture

A city with the best museums in the world: from MOMA and The Met in the center of the city to the Cloisters, set in the relative wilderness of Fort Tyron Park in Upper Manhattan, there is a museum for every interest. Entry costs vary around the $10 mark, but many museums designate a day or evening when entry is free or by voluntary donation. 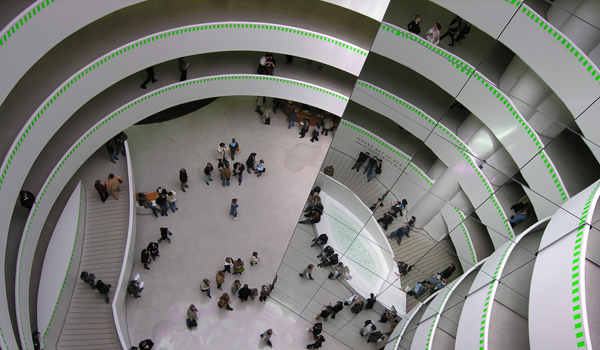 Lesser-known museums such as the National Museum of the American Indian (One Bowling Green) and the Hispanic Society of America (Broadway @ 155th) are free every day.

While there are bargains to be had on Broadway, none are free. But if you want to see some of America’s most popular shows being filmed, free tickets are available. You may even see yourself on TV. Good Morning America, The Late Show with David Letterman, Saturday Night Live, and The Early Show offer free tickets to audience members. Contact the studios for details on particular shows.

Sets and the City

Sally had fake orgasms in Katz Deli with Harry, Ghostbusters met their match at Columbia University, as did Men in Black at Flushing Meadows. Grand Central has seen many a fleeing fugitive such as in Hitchcock’s North by Northwest, Superman and Spiderman have fought world domination on Manhattan avenues.

The Sopranos, Law and Order, and Sex and the City have all been filmed here; barely a corner of the city has escaped the lens. Walk down almost any street or avenue and you’ll probably see the setting for a movie (if not several); chances are you may see another blockbuster being made.

To find out what’s being filmed in the city during your visit, check out the website for the Mayor’s Office of Film, Theatre, & Broadcasting.
Downtown

Downtown Manhattan encompasses some of the oldest and most historically interesting sights in the city: Wall Street, the Stock Exchange, Battery Park (with views of the Statue of Liberty) and Ground Zero can be seen on a 90-minute walking tour with the Downtown Alliance.
Tours begin at noon every Thursday and Saturday, meeting outside the Museum of the American Indian.

If you are not keen on walking, hop on the free downtown connection shuttle.

The most famous road junction as well as the most brightly lit, Times Square is one of the few places in the world to have a mandatory advertising law. While the cost of electricity for is huge, the experience itself is not. It’s busy and expensive, a tourist magnet, but shouldn’t be missed. In fact it’s hard to avoid.

A dozen or so of the US Navy’s finest ships are docked on the Hudson and around Staten Island for just a few days in June. If you are willing to stand in line for hours you can see working ships, displays and exhibitions at no cost. If it is just the sailors you want to see, head to any bar in the city.

$65 will buy you a one day pass to 40 New York attractions, including the Empire State Building, Statue of Liberty, Guggenheim Museum, Madam Tussaud’s, the UN tour, Madison Square Garden, Ellis Island and many more. As well as offering discounts on selected restaurants and retailers, the pass lets you skip the lines at selected attractions. 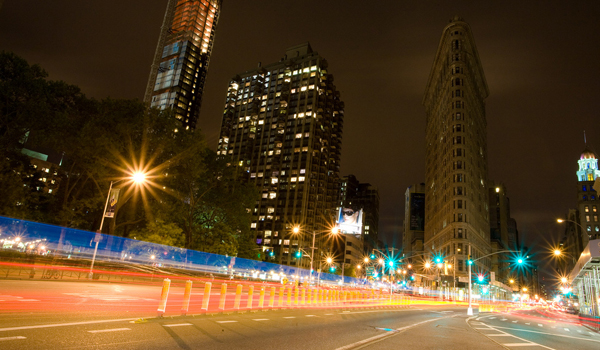 The world’s most famous park hosts a collection of performances on the park’s lawns during the summer. While many have pricey ticket prices, many are free, from the latest pop groups to the Metropolitan Opera. Grab a blanket and a picnic and enjoy an evening’s free entertainment in a unique setting.

When there are no performances, head to the Bethesda Fountain to see the collection of buskers, including Central Park’s very own violinist in a loin cloth: Thoth

Shakespeare in the Park

Some of America’s greatest actors, alongside relative newcomers, bring Shakespeare’s works to life in the Delacourt Theatre
for 6 weeks each summer. Tickets are free (max 2 per person) and can be collected at the theatre from 1 – 3pm on the day of the performance.

A Night on the Town

New York’s bar and club scene is almost as famous as the city itself. With thousands to choose from, the entertainment in New York is endless and suits every taste and budget. Many bars arrange free entertainment – from comedy nights to live music and karaoke – and many stars have been born in the dark recesses of a New York bar or club. While there is usually a drink minimum, it’s not as if it’s something you wouldn’t be spending money on otherwise.
For a daily list of free events look at the dedicated guide to seeing New York on the cheap: www.newyorkforfree.com

39 of the most breathtaking natural wonders in the world
Michelob ULTRA will pay someone $50K to take an epic US national park trip
For solo female travelers, camping alone can be unexpectedly freeing
New additive-free tequila program highlights the true taste of Mexico’s famous spirit
Before you head outdoors, be sure you’re respecting sacred grounds