SINCE IT WAS ESTABLISHED in 2004, Tombstone Territorial Park in the Yukon continues to attract an increasing number of visitors every year. Covering about 2,200 square kilometers (850 square miles) in the North Ogilvie and Mackenzie Ranges, the park is around an hour and a half drive north of Dawson City.

I got to see the park from the air, an unusual vantage point. We flew over glacially carved granite peaks, and once we landed explored tundra valleys on foot.

We were there for 2 hours and I couldn’t stop smiling. It’s amazing how being somewhere so remote can bring a person so much joy. 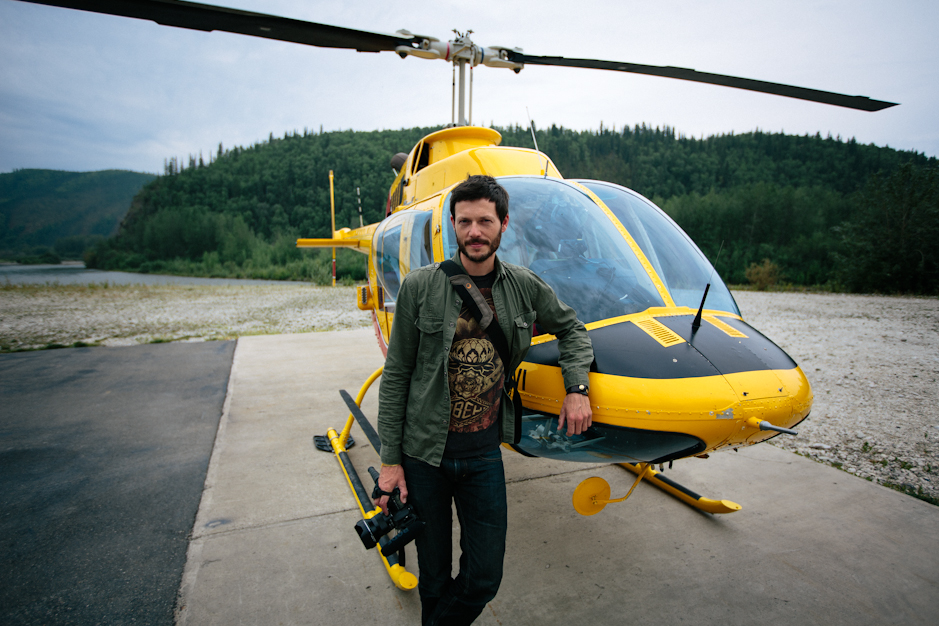 Trans North Helicopters took us on a 2-hour tour. Fellow travel photographer Zack is pictured here in Dawson City, one of six locations the company services in the Yukon along with Watson Lake, Haines Junction, Ross River, Carmacks, Mayo, and Whitehorse. 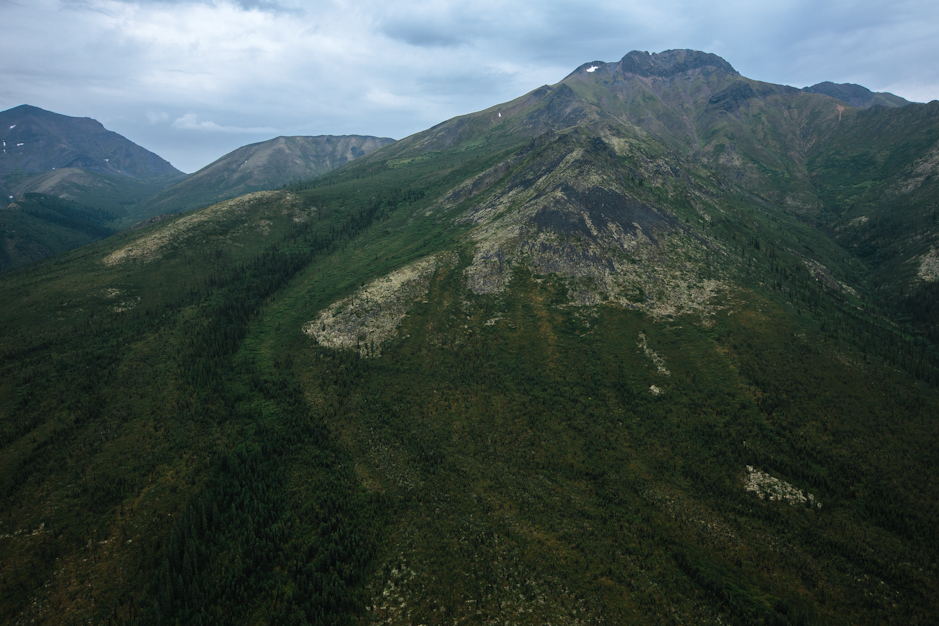 As we flew over the North Klondike Range I could make out jagged peaks in the distance. The higher elevations reveal a subarctic tundra environment made up of moss, lichen, and other low-growing plants. These plants grow in a thin layer of soil that thaws during the summer months. 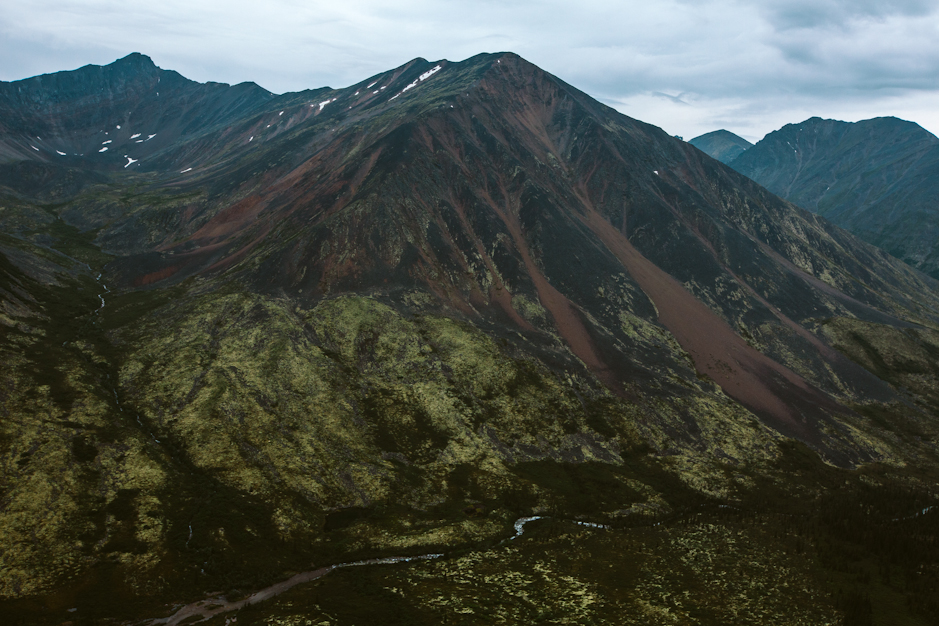 It wasn't easy shooting with the helicopter changing directions so often. Just when I was about to capture something, the helicopter would turn, placing the rotor in frame or cutting off the top of a mountain. To help with this problem I brought a 32gb memory card to make sure I had ample space, and my 16-35mm zoom lens which allowed me to capture images beyond all the moving parts. 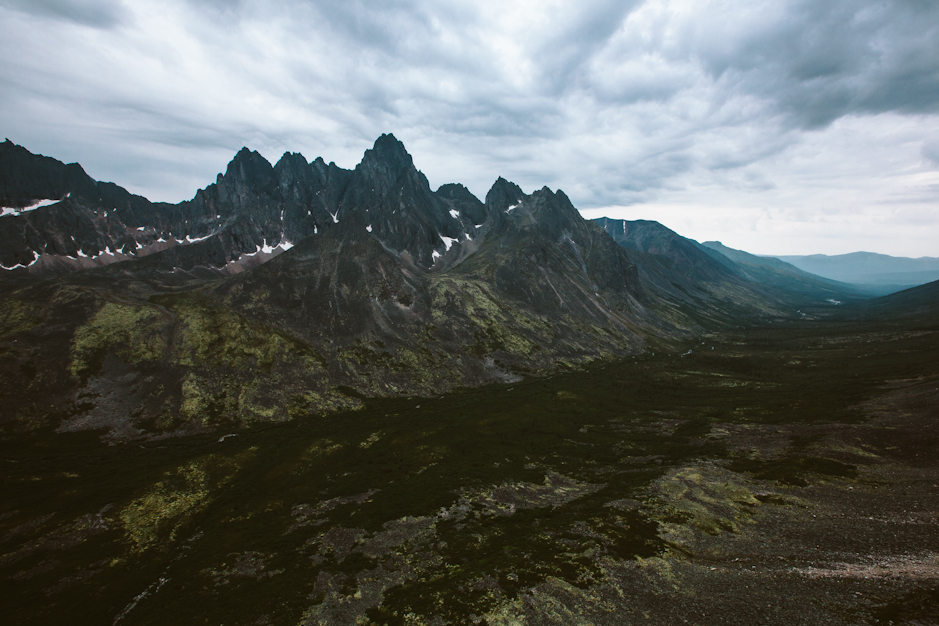 Tombstone Mountain stands tallest in this photo. Its jaggedness amongst the dark landscape reminds me of a real-life Mordor. Sometime around early September the landscape experiences a dramatic change in character. Autumn colors replace the dark greens and grays seen in this photo. 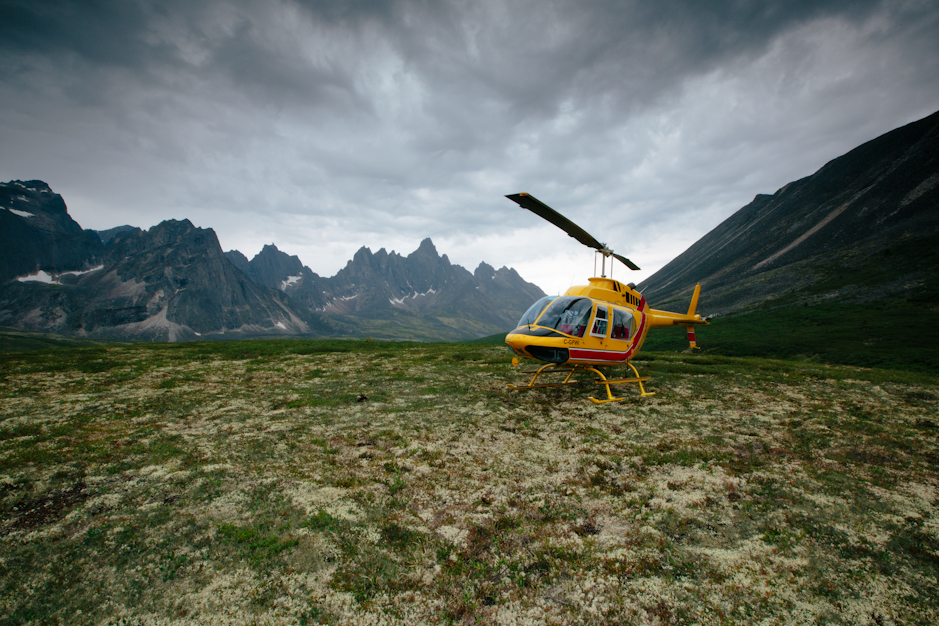 To my surprise, our pilot put down right in the middle of the Tombstone Valley. We had more than enough time to explore but I didn't want to leave. The experience made me want to return with my backpacking equipment and stay awhile. 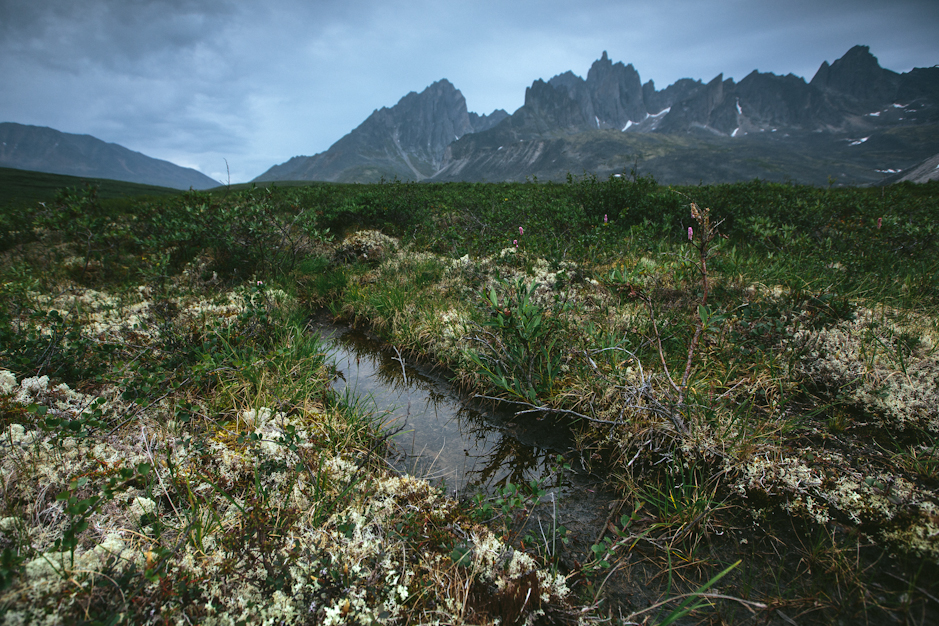 As I explored the spongy tundra I noticed Mount Monolith, another impressive mountain in the Tombstone Range. Our helicopter pilot flew us right over its pointy spire so we could to get the best perspective of its vertical walls. 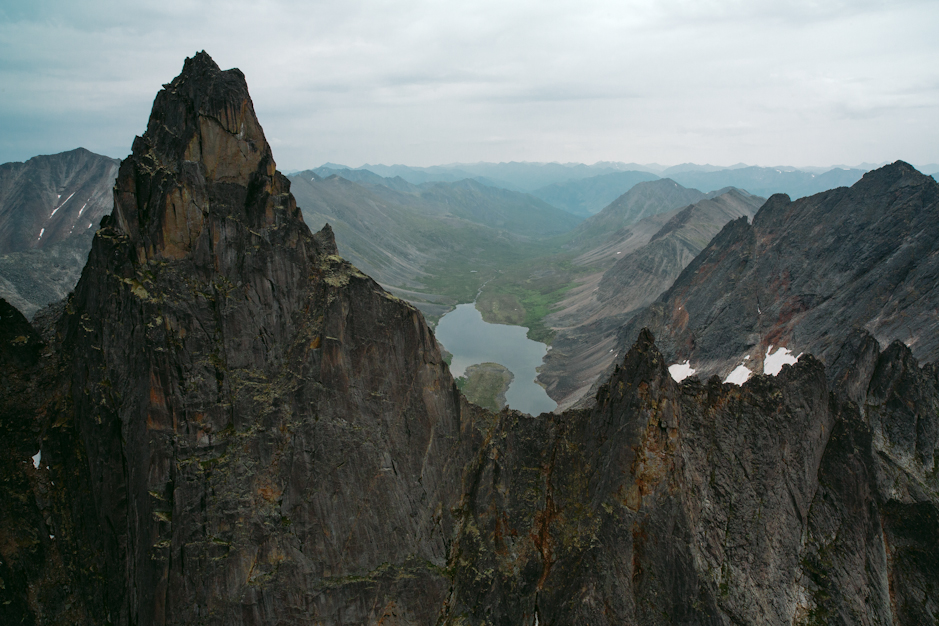 This is Mount Frank Rae, the park's tallest peak at 2,362m (7,749ft). The Tombstone Mountains have been called the "Torres del Paine of the North" for their similarities to the jagged peaks of southern Chile. 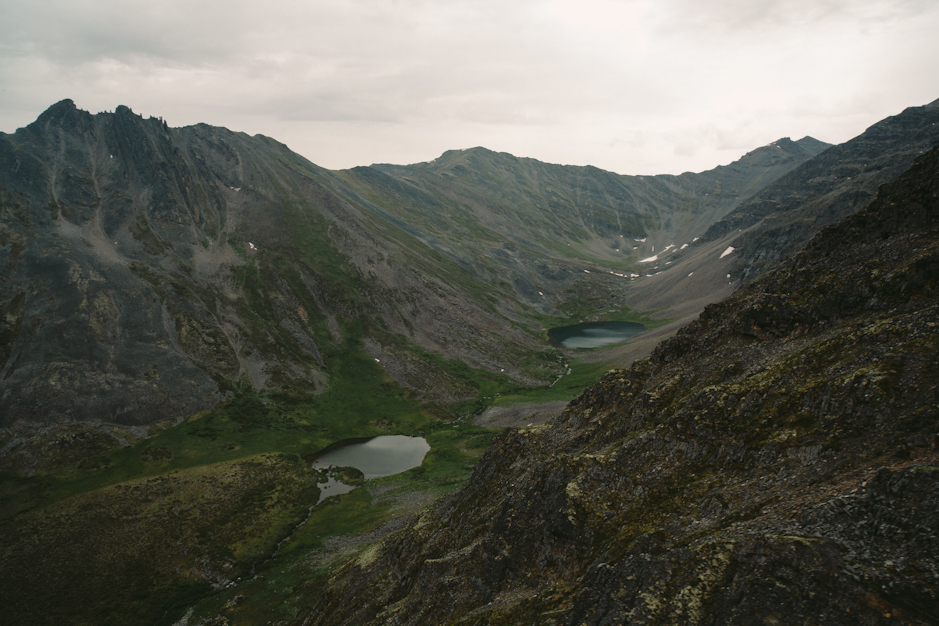 Many visitors will travel from one lake to another as they make their way through the park. One of the more popular camping spots is Talus Lake in Tombstone Valley. Several tent pads have been built there to provide solid ground for camping. 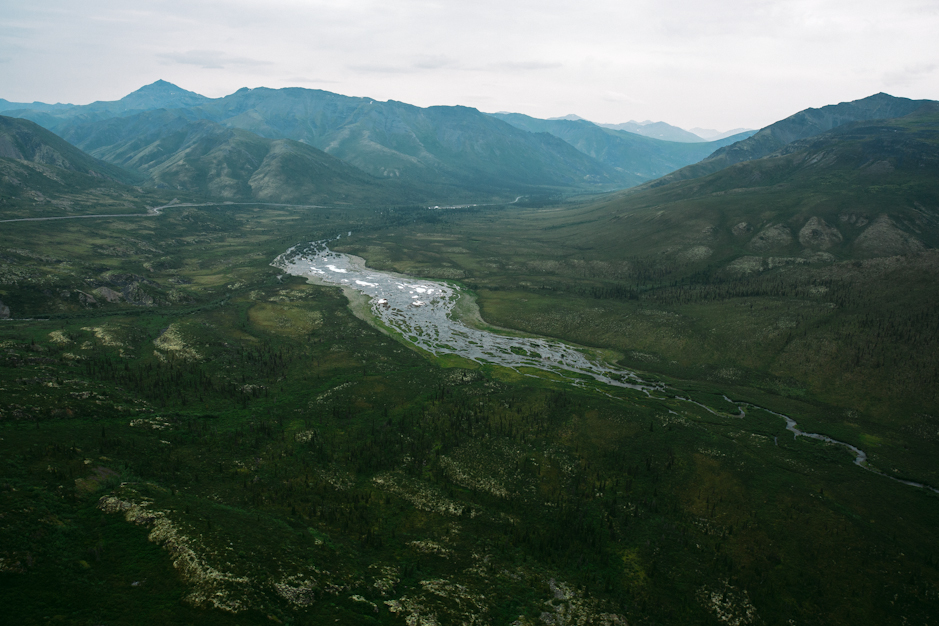 Looking up the North Klondike Valley you can see the North Fork Pass viewpoint along the Dempster Highway. The viewpoint is the most popular place to stop while driving through the park. 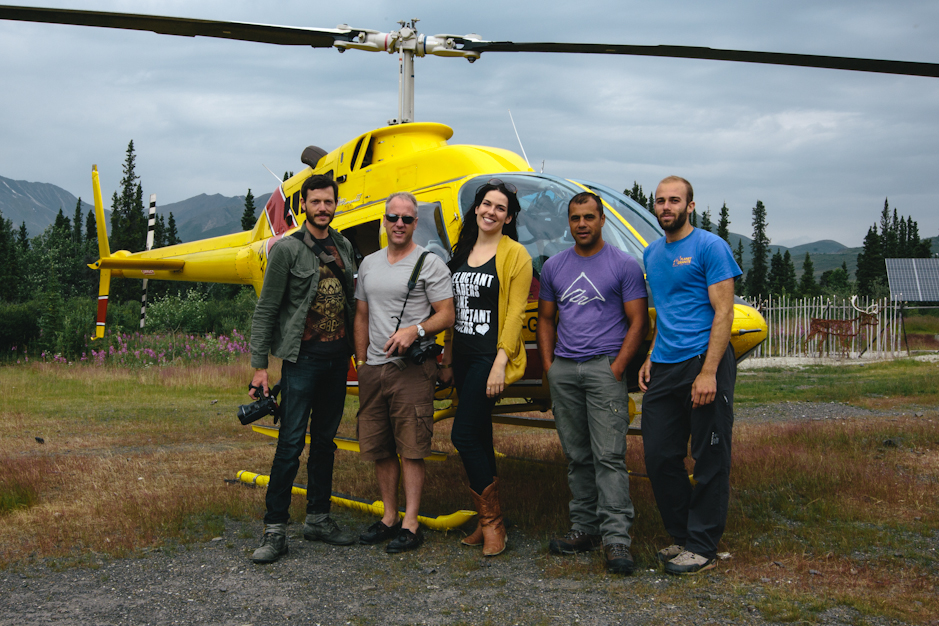 Our helicopter was small but it fit all five of us with no problems. We finished our trip with a visit to the Tombstone Interpretive Center, where you can learn more about the park and its wildlife. If you are planning a backpacking trip into the park, this is where you would need to pick up permits and bear canisters. 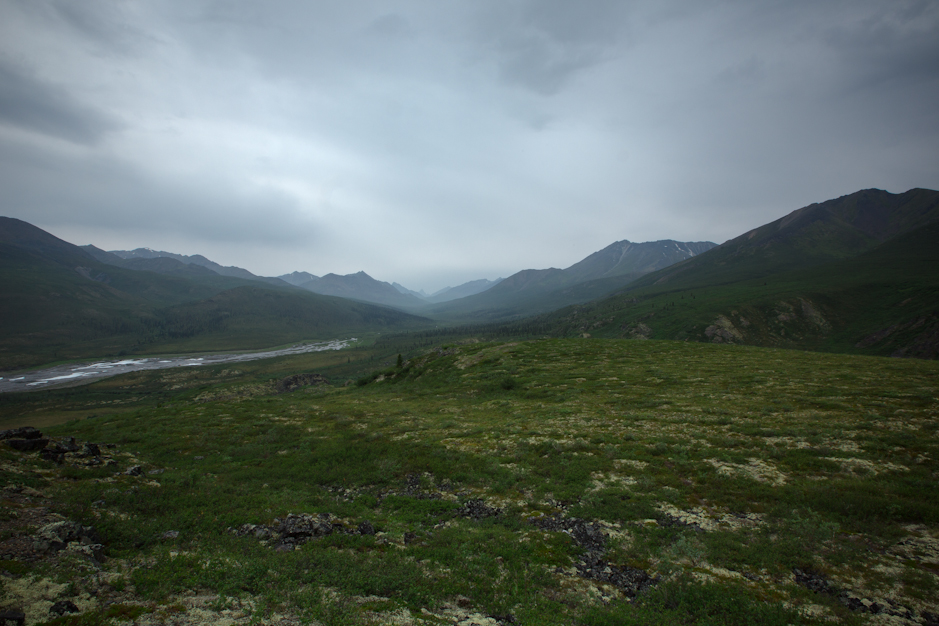 Because the Dempster Highway bisects the park it's possible to experience views like this from the road. It really is one of North America's last true wilderness highways.

Tagged
Hiking National Parks
What did you think of this story?
Meh
Good
Awesome
✖
travelstoke
Download the mobile app
stoked by