“Water flows over these hands. May I use them skillfully to preserve our precious planet.”
~ from a magnet on Captain James Bates’s fridge

He looked for two trees. Two trees that would take him from one coast to another. Tall and sturdy Pacific trees; these would be the masts of his ship that would follow the winds pushing James around the continent. 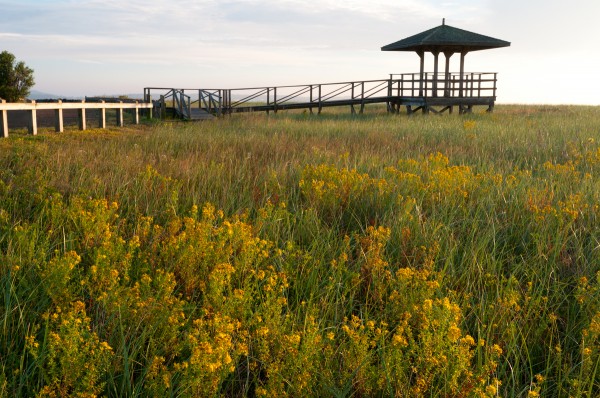 He left Vancouver in his schooner and sailed tens of thousands of miles through the Panama Canal, into the Caribbean Sea, and up the coast, past the United States. But just barely.

James docked in waters near Maine in New Brunswick, on a Canadian Island called Grand Manan. That was over 20 years ago and he has been there since, creating the Castalia Marsh Retreat. When he arrived to the island, James decided it was time for change — it was time to end the boozing and partying and wild living he enjoyed while sailing.

It was time to do something meaningful.

To me, Castalia is a bird watching paradise. Built on top of a salt marsh, it started off as one single tent — Captains Quarters — but James’s skill in carpentry and dedication to doing something he felt was right have turned that single tent into an eco reserve complex of hand made yurts, cabins, cottages, and lodges.

Paths snake around the small structures and each domicile rests on its own small plot of land. There are vegetable gardens, fenced off areas for the chickens, and a pond to sit by and contemplate what one contemplates while sitting on the edge of a pond. Hand painted signs point the direction of ‘Captains Quarters’ and ‘Fern Alley’ and a big center building with a water facing deck ‘The Gathering Place’.

The Captain is on his cell phone when I arrive. He is the owner, creator, caretaker, accountant, manager, and concierge of Castalia and thus his task list is never ending and creates days that would be too toil-filled and too long for most half his age.

A youngish man with long, black hair and a goatee steps forward, introduces himself as Nigel and asks if I would like a cup of coffee. I follow him in through the living room-office and into the kitchen where we are joined by Nigel’s wife Kaley. 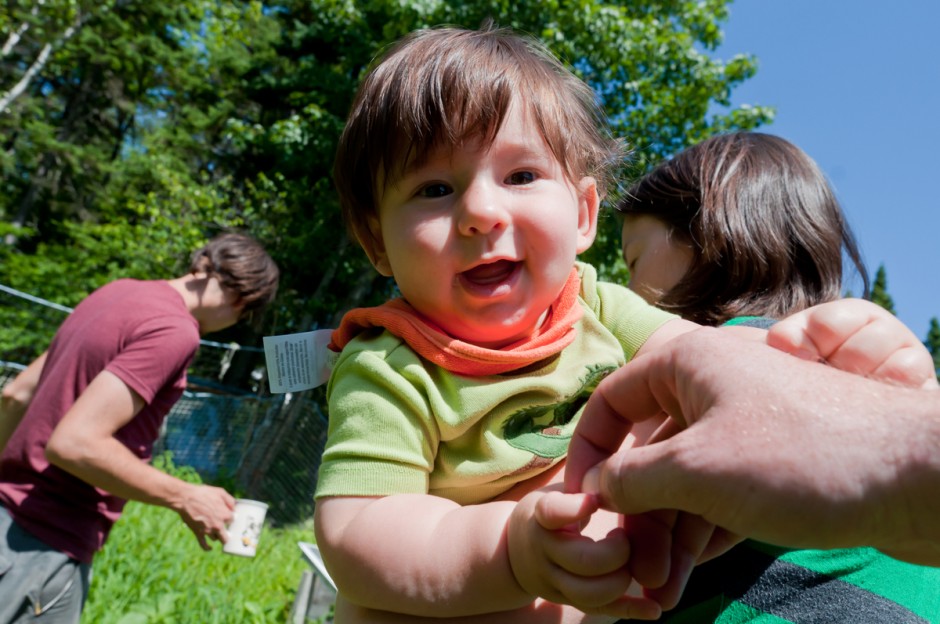 Strapped to Kaley’s front is a huge six-month-old boy. Evan Hixson has a full head of black hair, down past his ears. Evan is a big baby. Kaley says it must have taken some unexpressed genes that his smallish parents carry to make such a big boy.

Mugs-in-hand we walk through the gardens that James laid down years prior, picking greens to snack on as we walk. Nigel waters the plants with a hose and we check rows of carrots, beats, shoulder high horseradish, beans, gourds, and lots of greens.

Nigel and Kaley came here to focus on gardening, family, community, and simplicity. They assist James full time maintaining and running Castalia. Nigel says that James is doing a good thing here, and he finds himself wanting to do what he can to help.

Before moving to Grand Manan, Nigel was a systems administrator at a good sized company making decent wages. After Evan was born, he and Kaley took advantage of Canada’s nine-month parental leave program and for the better part of a year he will receive 60% of his working pay while spending his time at Castalia with his young family, with hands in the dirt, tending garden.

We return to find James applying a chainsaw to a length of lumber, building a banister for one of the cabins. He kills the machine and joins us.

James started Castalia as a campground. But when a rival campground sprang up at the same time, in a more “picturesque” location (Hole in the Wall), he knew he needed something different. What he has since shaped is a collection of eco-friendly accommodations which place guests comfortably in the center of nature, built with the skill and care of a man who believes that his hands can make the world a better place. 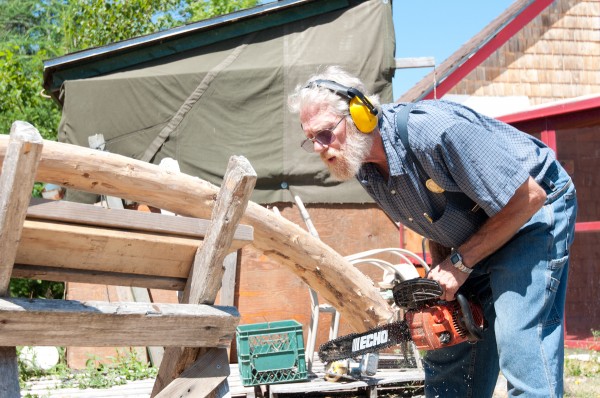 I bunked in the ‘Captains Quarters’, the site where Castalia Marsh Retreat began. From what was once an oversized tent, James has built a loft-style wood cabin, with large windows on nearly every façade, for peeking out into nature.

Golden warblers, robins, jays, and chickadees sing and flit past the wide windows.

Two days later I find a hole in my schedule, stop by the store and get a six pack of beer to share with the Hixsons and the Captain. Kaley brings in homemade hummus, and fresh ground horseradish from the garden, and I crack a beer as we begin to trade stories. While we talk Evan reaches out and tugs on Captain James’s rusty gray beard and the baby and the old sailor giggle.

A guest comes to the door and says her propane doesn’t work. Nigel stands and fetches an extra tank and begins to walk to the woman’s cabin. It’s clear that Hixson’s presence gives James a much deserved break from his near constant stewardship of Castalia. His 12-hour days have become 10-hour days.

James settles back in his chair, and allows his eyes to close.

A small reprieve after 20 years of non-stop toil, the old sailor lets his hands rest, for a moment.

[Editor’s note: For more imagery from William’s trip, check out his full gallery.]
Tagged
Sustainability Where to Stay New Brunswick, Canada
What did you think of this story?
Meh
Good
Awesome
✖
travelstoke
Download the mobile app
stoked by