I’ll be honest — I’d been to the DR before but had never thought to stay at a Club Med. They just weren’t on my radar. But the company has been around since 1950 and is considered a pioneer in the all-inclusive travel industry. The all-inclusive concept that’s present all over the world today didn’t exist until Club Med introduced it to the Caribbean. Today Club Med has more than 70 resorts worldwide, and two-thirds of them are comparable to 4- and 5-star properties. The company continues to grow, opening properties in China and operating some great ski resorts in the French Alps.

For decades, Club Med has been devoted to making the Dominican Republic accessible to travelers.

Zen Oasis is a recent addition, but Club Med’s stronghold on the island of Hispaniola isn’t anything new. The company was largely responsible for the development of Punta Cana and the Dominican Republic back in the early ’70s, when the area was mostly just fishing villages and immense jungle.

Club Med was even a key contributor to the development of the Punta Cana airport, which is pretty much a walkable distance from their resort. (You don’t need to walk to it, of course; Club Med provides transfers.) 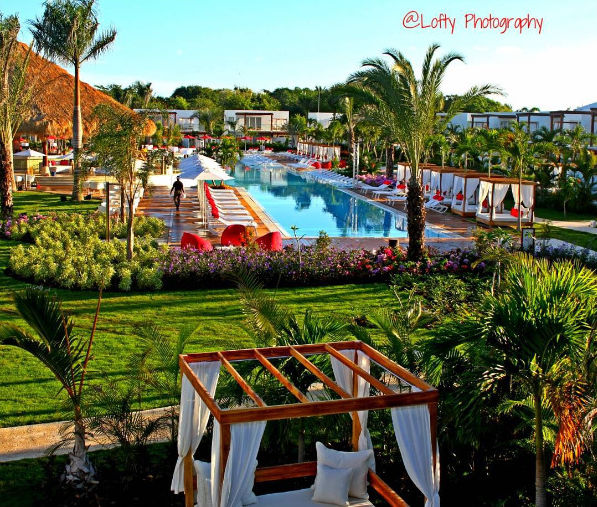 When I walked into my room at Zen Oasis, it felt more like a stand-alone villa.

Each one of the 78 brand-new “Deluxe Zen” rooms at Zen Oasis features Bluetooth and some strategically placed speakers above the bed and bath. Aside from the spaciousness of the room, I had my own private terrace overlooking the tropical grounds and pool below. Rooms on the first floor have their own lush garden — punctuated with the reds and greens of Caribbean flora against a stark white backdrop — right outside their sliding glass door.

And these weren’t the only places to feel serene. There were several enclaves and spots throughout the property, particularly in Zen Oasis, like the Zen Beach, L’Occitane Spa, and the Hibiscus Bar & Lounge, to stop and simply relax.

And of course, there had to be a pool. And a lounge. And piña coladas.

The 130-foot Zen Lagoon Pool was one of my favorite relaxation spots. I could hang poolside — or seaside — in a lounge chair, and later spread out in a breezy daybed with a canopy. It’s also worth noting that I never had a problem scoring what is typically a highly coveted cabana. Bonus.

There were piña coladas served poolside by the Hibiscus Bar & Lounge, which made it very challenging for me to want to go anywhere or do anything else. However, if I’d been feeling ambitious, the pool does feature two Olympic-sized lanes. There was a stark contrast between the guests taking advantage of the lap swimming and the guests puttering around on the other side of the pool with piñas in hand. I decided to remain a part of the latter crowd, but at least the option to get serious was on offer. 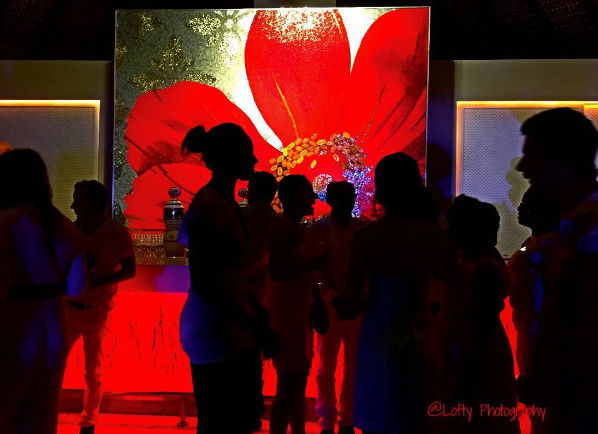 The spa was awesome and right next to the beach.

It was difficult to get out of that pool, but I did manage to make my way around other parts of the property. For instance, I went to the spa.

The Club Med Spa by l’Occitane was an easy walk from my enclave, and there were 25 face and body treatments on its extensive menu, including a VIP couples treatment in a private suite with a tub and ocean view. So yeah, I took advantage of that. Also, there was the Zen Beach, which is another adults-only area, just a few sandy steps from where I had my spa treatments.

When in the Caribbean, open-air dining is a necessity.

A girl’s gotta eat, and the Indigo Beach Lounge was a great way to participate in a sophisticated slice of island life. The recently renovated lounge is covered in hues of aquamarine and stationed underneath a thatched roof. It was an open-air beachfront hangout I enjoyed the most at night, with yet another piña colada.

There were some super fun options for working up a sweat.

All of that lazing about and those grownup activities were great, but I wanted to do some kid stuff on my vacation, too. Club Med CREACTIVE by Cirque du Soleil provides guests the opportunity to run away with the circus. You can learn how to swing on a trapeze, juggle, or spin around in circles in an aerial bungee — all under the careful watch and spirited encouragement of the Gentils Circassiens (G.C.) crew. For me, that alone was reason enough to visit the resort. It was fantastic. 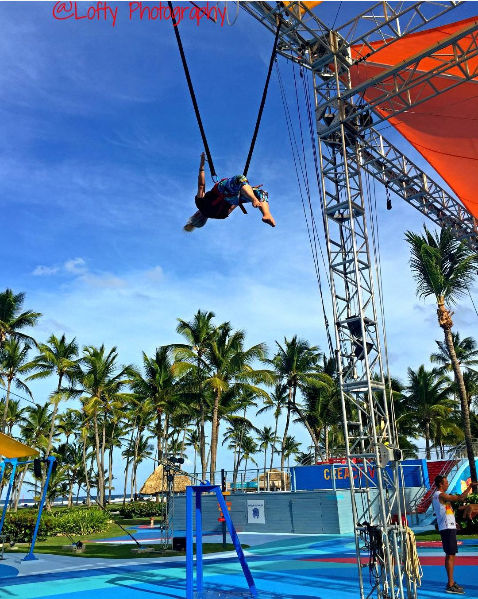 Luxury aside, another important initiative of the Club Med brand is to encourage guests to get active and enjoy the property and its surroundings. You can pretty much do anything here, from windsurfing to kitesurfing, stand-up paddle boarding, kayaking, swimming, tennis, golf, archery, and a host of other fitness activities, including beachside yoga.

On my last day, I went out on a long boat ride to see more of Punta Cana and the DR. We docked hours later, approaching sunset. I took a quick snorkel, toddled in the waist-high water for a bit, then just stood, piña colada in hand, sunset above and surf all around, and thought about how good it was to be an adult.

This post is proudly produced in partnership with Club Med.
Tagged
Trip Planning Epic Stays
What did you think of this story?
Meh
Good
Awesome