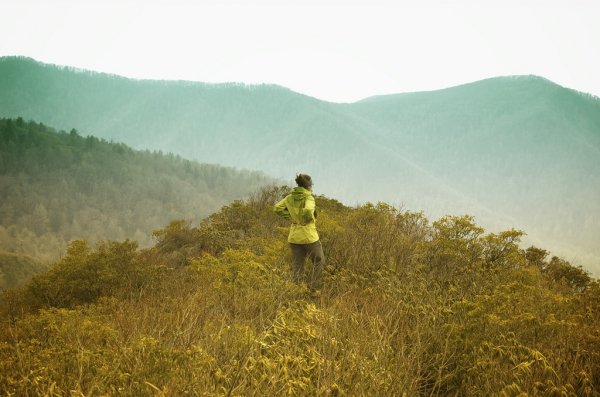 Great Smoky Mountains National Park, which despite being the most visited, still reserves space for the soloist. / Photo: Kat Martin

The difference between the most- and least-visited parks is 26,332 pairs of legs per day.

THE MISSION OF THE U.S. National Park Service is to safeguard America’s special places “so that all may experience our heritage.” Some of that heritage is experienced more than the rest.

The LA Times Travel section has lists of the country’s most– and least-trafficked parks, using 2009 visitor numbers through the month of August. Here’s how the rankings fall:

Easy access from the Mid-Atlantic, Southeast, and Midwest, plus a well-maintained system of roads that makes it possible to get a “park experience” without straying 100 meters from your vehicle, equaled 6.4 million visitors in the first eight months of 2009.

Of course, as with any national park, it’s also gorgeous. If you’re thinking of checking it out but are worried about getting caught in the mob, I offer some tips on my personal blog in the post Cracking the Shell: How to Enjoy Great Smoky Mountains National Park. 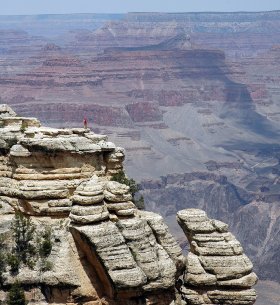 The attraction here is obvious, and more than 3 million people thought it was worth the journey earlier this year.

That might sound like a lot, but the canyon is 277 miles long, and there are lots of trails down into its 6,000ft mouth — plenty of opportunities to lose the crowds.

Yosemite is one of the world’s richest national parks, a great place to get close to the edge, and has some of the most spectacular waterfalls in the world, earning it the list’s #3 spot.

Make sure to click over to MatadorTV for the travel video Road Trip America: Yosemite with Joshywashington.

Kobuk, the size of Delaware and sitting just inside the Arctic Circle, has no designated roads, trails, or campgrounds. Through August, only 1,250 people had visited for the year, mostly hardcore backcountry-ists and local hunters.

The park is famous for its caribou herds, as well as — incongruously — the Great Kobuk Sand Dunes.

Simple isolation accounts for this island park’s low visitor numbers (2,400 during the period in question). No doubt its reefs, beaches, and mountainous forests would draw many more were they closer to “home.”

The park was hit hard by the tsunami that killed over 100 on the Samoan islands in late September. 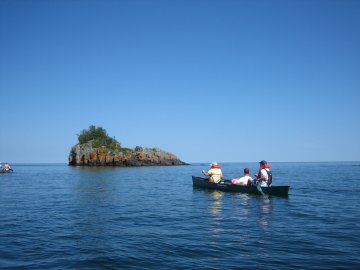 The list returns to Alaska for the next three entries — Isle Royale is the first to appear from the continental U.S.

Again, isolation is the word on this system of islands stuck in the middle of Lake Superior between the skinny tip of Minnesota, Michigan’s Upper Peninsula, and a scantly populated region of Ontario.

Access is by boat or seaplane, and over eight months only 12,600 people opted to visit this remote wilderness.

Find out which of these parks would make good stopovers along Matador’s Top 7 Summer Road Trips in the US / Canada.