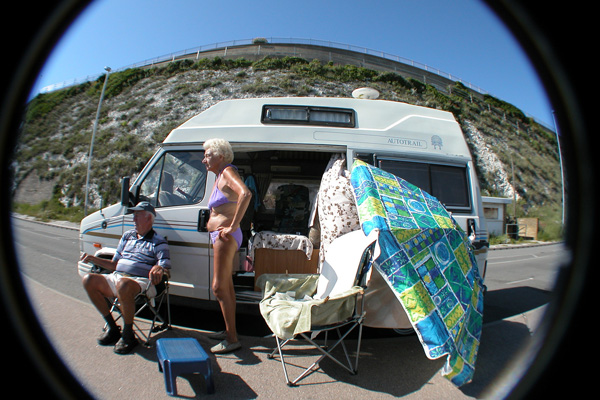 You’ve done planes ‘n’ trains. How about automobiles? Here are some of the coolest campers you’ve never heard of.

I’ve made two lengthy European road trips in a campervan and one thing is clear: there’s no better way to travel. It’s your hostel and transportation all rolled up in one, and it gives you the freedom to go where you want, whenever you want.

“…there’s no better way to travel. It’s your hostel and transportation all rolled up in one, and it gives you the freedom to go where you want, whenever you want.”

In fact, my wife and I will tour Australia for at least six months in a campervan. In Europe we had Ford Transits which we bought already camperized.

Here, in Oz, we’ve purchased a ’94 Mitsubishi Delica — a rugged 4×4 van that has drawn comparisons to the A-Team’s ride. We’re gonna need a bad-ass vehicle where we’re headed.

There’s nothing like getting your hands dirty, so we’re custom camperizing it ourselves. You’re welcome to follow along at I am S.A.M. the Van.

While researching ideas — for slick James Bond-ish gadgets that pop out at you from where you least expect it — I stumbled upon some sweet set-ups and inspiring stories at the Self Build Motor Caravanning Club.

I’ve done the digging. All you have to do is scroll down the page and feast your eyes on some of the coolest campers you never knew existed. 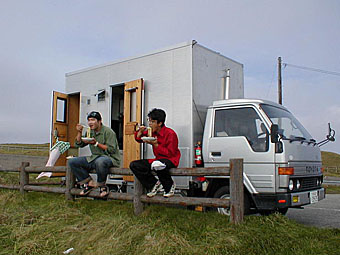 This is the sickest camper I’ve ever seen. It’s no wonder the Japanese are world leaders in auto engineering. Over two years, three highschool mates built a freakin’ two-story house on a truck, complete with shoji (Japanese traditional screen) and tatami mat.

The best part is, none of them are carpenters or engineers, giving the rest of us some hope. 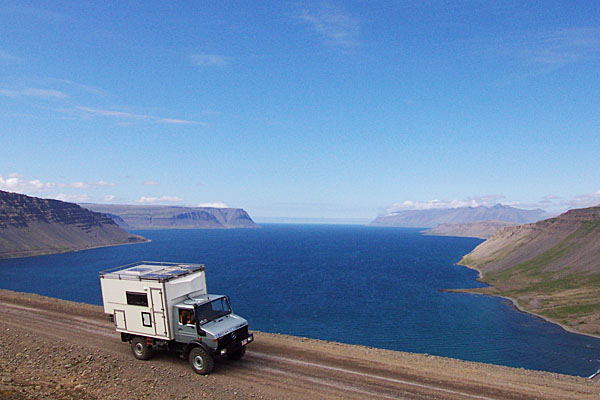 Stephen Stewart’s travel beginnings go back to an 18-month stint in the late ’60s as a mission hospital mechanic in South Africa. For his return trip home to the UK, he did what any normal person would have done: he got his hands on a Land Rover, drove north to Kenya, shipped the vehicle to India and cut a trail through the central mountains in Afghanistan.

In 2000, Stephen bought his 1980 Unimog U1300L and spent about a year camperizing it. He then proceeded to take it to China and Tibet, northern Europe and Iceland, Siberia and Mongolia, and Central and South America. 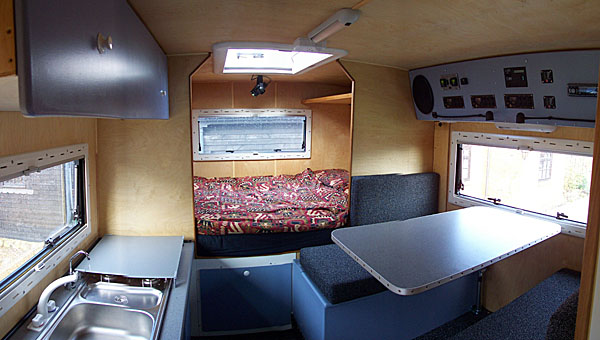 He has since upgraded to a 2005 MAN Bimobil EX480, which he took to Scotland and Iceland last year. The ol’ Unimog is having a siesta down in Spain. His website has loads of information and is well worth a peruse.

Stephen’s also written a guide for those with a desire to follow in his footsteps. If you want to tackle a project like this, check out this site.

Project: To convert an ex-London Transport double-decker bus into a motorhome for 2 families and a disabled child with complex medical needs. 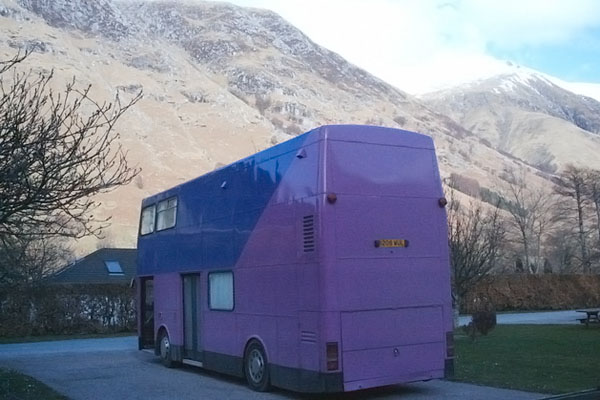 This ambitious project started with the purchase of a 1985 MCW metrobus. You don’t just walk down to the local car dealership and pick one of these babies up. After much Google-ing, one was located in southern England. Steve flew to Stansted airport to pick it up and drove it nine hours home. 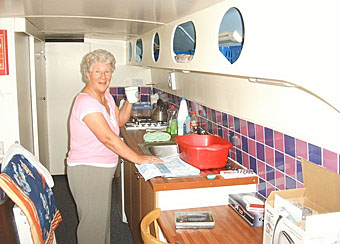 The camper construction includes an upper deck bathroom, four bunks, a fully equipped kitchen, computer workstation, and inverters and generators for all the electrical needs.

The most important bit was the special needs area, which contained a special bed, shelf for medical equipment, and an oxygen machine. Scott’s neurological condition left him unable to walk, talk or consciously coordinate movements. He was tube-fed and relied on an oxygen supply for periods of time. 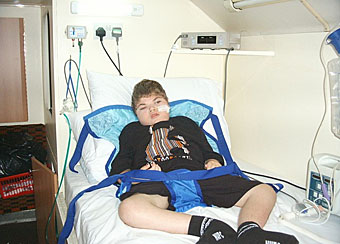 It all starts with a vision

Do these customized campers rev your engine? There’s no reason why you can’t customize your own ride for a big road trip.

If you’d like to know more about taking your wheels to places like China, Mongolia, and South America, check out The Silk Route Motor Caravan Network.

If you do decide to hit the open road, don’t forget the music. Cedric Pieterse has some good reasons why you shouldn’t.

Watch the Perseid meteor shower light up the sky this August
Animals ‘reclaimed’ cities during the pandemic. What happens to them now?
7 active volcanoes you can tour in Iceland
For the perfect day of hiking and Colombian coffee, head to Jardín
The Jordan Trail: Hiker’s guide to crossing the country in 40 days and 40 nights

RVs are the way to travel this summer. Here’s where to hit the road.

The best ways to make coffee while camping, according to experts

Your camping drink of choice could be attracting mosquitoes

From tents to glampsites, camping will be our savior in 2020

How to put out a campfire properly, for newbies