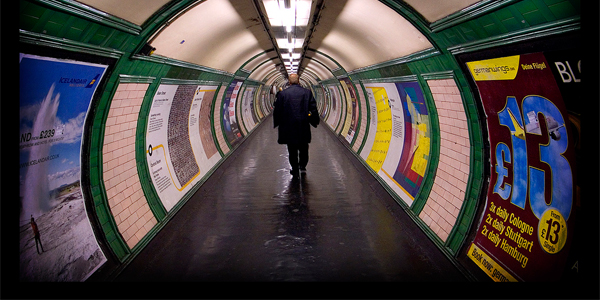 London is often referred to as one of the most expensive cities in the world, but for travelers on a budget, it’s actually very welcoming.

WHEN HALF OF London’s best attractions are free of charge, $100 is actually pretty generous, and will allow you to drop some cash on a couple of big-ticket attractions, eat a few meals out, or even sample some nightlife. If you’re willing to self-cater and cut down on the bar-hopping, you could get by on closer to $50 a day.

London’s underground system, “the tube”, is so well-known that riding it seems like an essential part of visiting the city. But it’s also one of the most expensive subways you’re likely to encounter on your travels, with the cheapest ticket, a single ride within Zone 1, clocking in at a whopping four pounds.

Constantly taking the tube also means you tend to lose track of where you are, and just how close together all the attractions you want to see are, too. London is a great city for walking (the areas along both sides of the Thames are especially nice), and nearly all the major central landmarks are easily reachable on foot.

As a rule of thumb: everything on and within the yellow Circle Line on the tube map is potentially walkable. For longer hauls, try the double-decker buses, which cost half the price of the tube. The six-pound, six-ticket bus saver pack is a good deal with built-in flexibility. 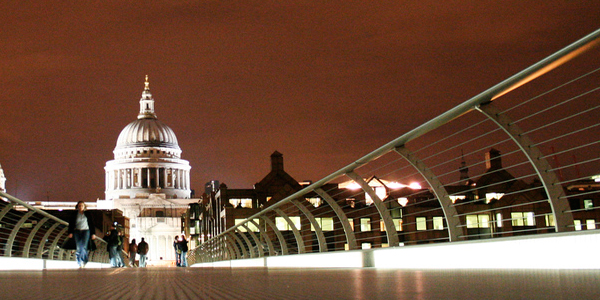 To market, to market.

London is blessed with several fantastic open-air markets, all free to wander around. Camden is the most famous, but Portobello Road is also worth visiting — it’s central, and within easy walking distance of the cluster of hostels around Bayswater.

Nearby is the fabulous Travel Bookshop — the one that Hugh Grant’s shop is based on in the movie Notting Hill — which is cozy and friendly to browsers.

Way south — but worth the detour — is Brixton Market, Europe’s largest Caribbean market and home to Electric Avenue. Borough Market is, believe it or not, still exclusively devoted to selling fresh produce and other fine foods, while Brick Lane Market is at the heart of one of London’s largest South Asian communities.

In a particularly enlightened move a few years back, the British government abolished admission fees for all national museums and galleries in London. Add in a few charitable or privately-owned institutions that jumped on the band wagon, and almost every major cultural institution in the city is free of charge.

In a particularly enlightened move a few years back, the British government abolished admission fees for all national museums and galleries in London.

One of my favorites is the National Portrait Gallery. Basically a beautifully illustrated history lesson, it runs chronologically through the ‘who’s who’ of British politics, arts, science, and more over the centuries.

The National Gallery houses one of the finest collections of European artwork in the world, while the Tate Britain covers several centuries of British painting, and the Tate Modern, unsurprisingly, displays the best in 20th century art, including cutting-edge contemporary installations.

The British Museum, meanwhile, is an immense repository of artifacts from the ancient civilizations of Mediterranean Europe, North Africa and East Asia (among others), probably best known for its Greek and Egyptian collections.

Those are the big-name sites, but London has a free museum or gallery for nearly every occasion and interest. Theater buff? Try the Covent Garden branch of the Victoria and Albert Museum to learn more about the rich history of the stage in Britain.

The Museum of London traces the city’s history all the way to its Roman origins, 2000+ years ago. The London branch of the Imperial War Museum explores Britain’s role in the wars of the twentieth century and beyond. The British Library displays a copy of the Magna Carta and other historical documents. And on and on. 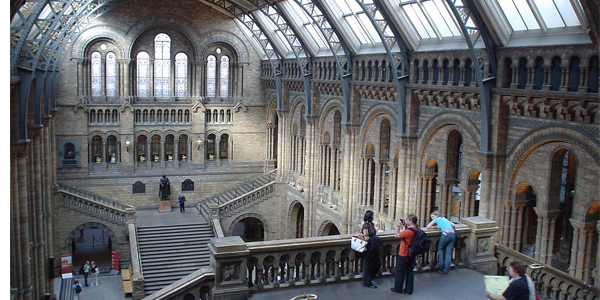 Photo above by srboisvert.

Or have a picnic. Or just sit in the grass and people-watch. Contrary to popular belief, London is regularly blessed with at least a few warm, sunny days, and the city has plenty of fabulous parks to spend those days in.

Regent’s Park is heavier on the sports fields, with gardens and a theater space. Further north, vast Hampstead Heath is the wildest option, approximating real countryside with woodlands, swimming ponds, and a couple of historic pubs.

British food has been the butt of plenty of jokes over the years — but if you skip out on London’s eating options, the joke is on you. There are plenty of delicious, affordable, evocative meals available in the city.

Top of the list for “classic British food” is the pub meal. If you can find one, try the Ploughman’s Lunch — generally a huge platter of cheeses, fresh bread, fruit, and meats, complete with the requisite Branston Pickle. Wash it down with a pint (or two) of one of England’s many fine, hand-pulled “real ales.”

Fish’n’chips — from a proper “chippy” — is another must-eat. Best of all, in terms of value for money, is the ubiquitous British breakfast: the fry-up. Get eggs, toast, a selection of sausages and bacon, mushrooms, grilled tomatoes, baked beans, hash browns, and black pudding (if you dare), sometimes for just a few pounds.

The cafeteria at department store BHS is a good spot to get a cheap fry-up — there’s a location on Oxford Street, near the Tottenham Court Road tube station.

And, of course, there’s a whole world of ethnic food options within London’s borders. For more authentic Indian food, head to Brick Lane, mentioned above — but to taste curry as re-invented by the British, head to your nearest pub. Chicken tikka masala — a dish, like butter chicken, that never truly existed in India until it came in demand from tourists — is reputedly Britain’s favourite meal.

For a cheap, basic option, head to your nearest Wetherspoon’s location — their curry is bland, budget-friendly, and beautifully British.

Tagged
Trip Planning London, United Kingdom
What did you think of this story?
Meh
Good
Awesome

39 of the most breathtaking natural wonders in the world
For the perfect day of hiking and Colombian coffee, head to Jardín
The spookiest mythical creature in every country in the world
30 awesome Japanese idioms we should start using in English
This Sicilian town is the latest in Italy to auction homes for €1