GREENLAND is the world’s largest non-continental island. It’s also the least densely populated country on earth with only around 56,000 people inhabiting over 2 million square kilometers (75% of which is a permanent ice sheet). All this to say: It’s a barren land. But that doesn’t mean it’s not beautiful — quite the opposite. Being in a land that is largely untouched by human influence, with the stillness and silence that comes with that, is highly beneficial and can touch you in ways you can’t imagine. 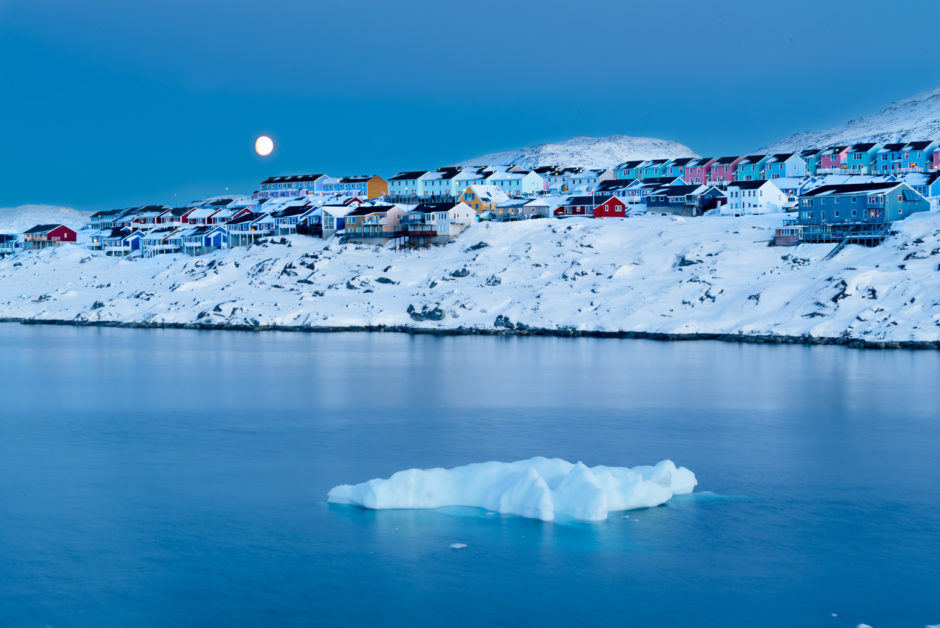 There are only around 17,000 people who live in Nuuk — it’s one of the world’s smallest capital cities. At a latitude of 64°10′ N, it’s the world’s northernmost capital, a few kilometers more north than Reykjavík, Iceland. 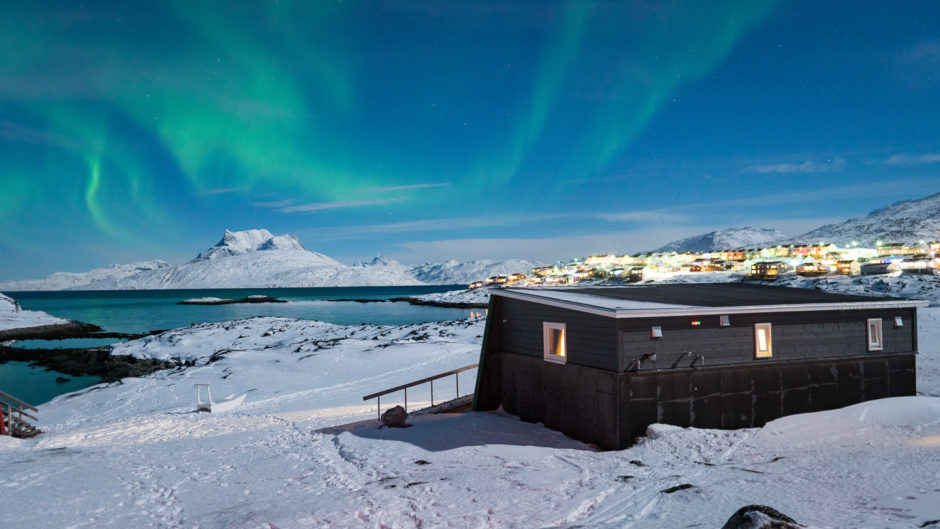 After a couple of days in Greenland without seeing the Nothern Lights I was getting a bit impatient.   We went for dinner at Inuk Hostels in Nuuk. After dinner I wanted to grab some fresh air. The moment I opened the door and went outside I saw this image in front of me. I felt like a kid going to Disneyland. I immediately ran inside to grab my tripod and camera. It was so beautiful that I deciced to stay there for hours to make a timelapse. The rest of my group were already heading back to the hotel, so I was there all alone. It was so cold but I was pep talking myself in order to stay there for the timelapse. I’m glad I did. 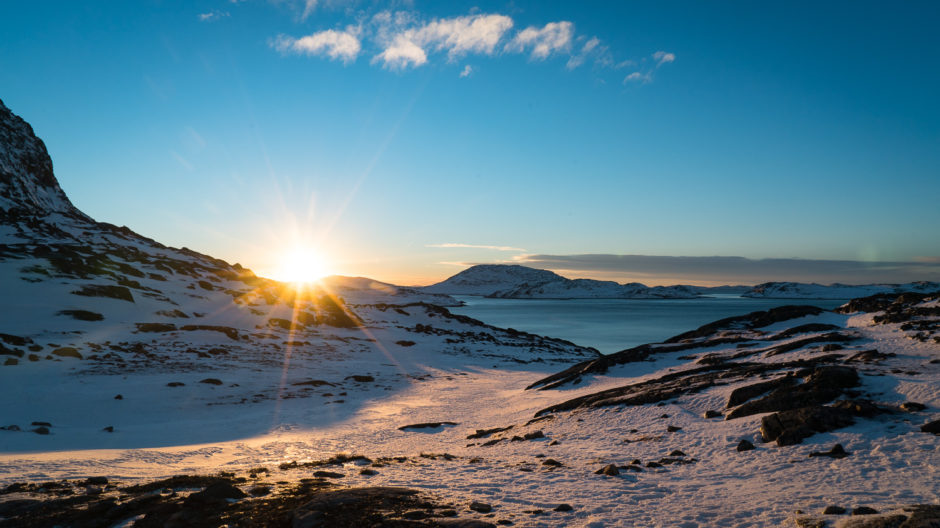 There is not a lot of this in December with only four hours of daylight. Get it while you can. 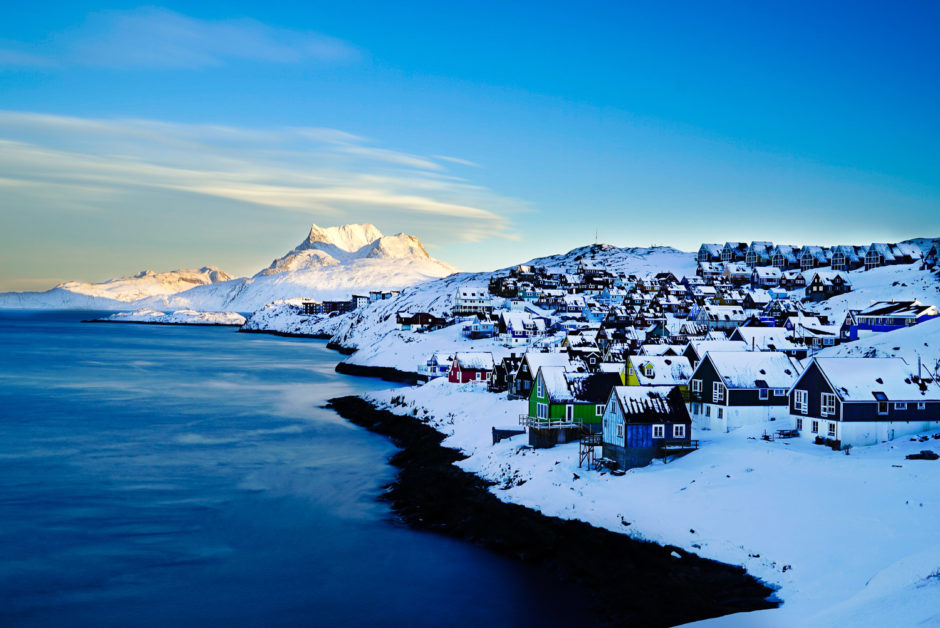 Prior to my trip to Greenland, I did not really know what to expect. I researched the places that I would visit, including Nuuk, the capital. People call this city “Colourful Nuuk” because of the beautifully painted houses.

The fjords of Nuuk 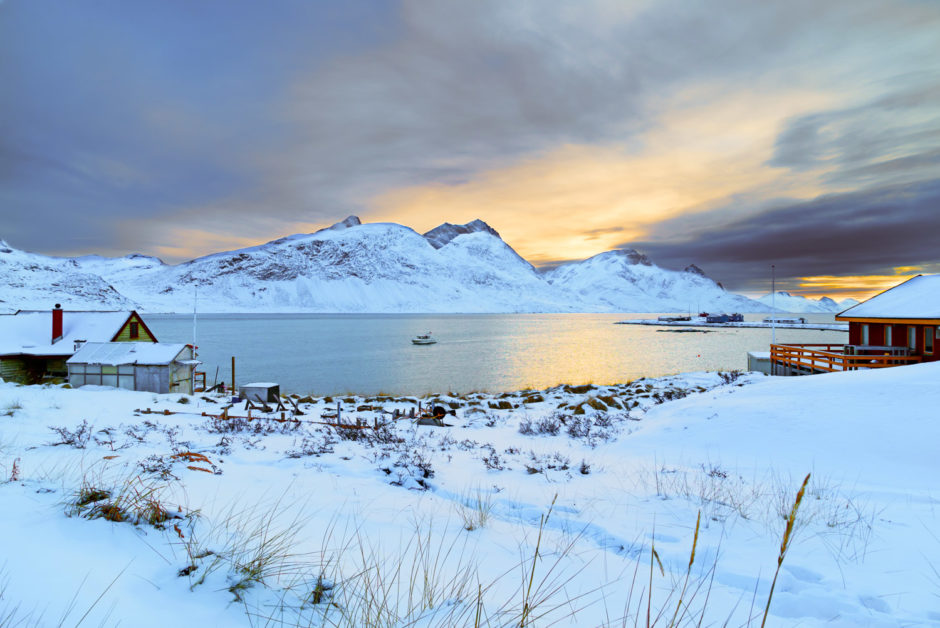 Only in the summertime do people (and only about a dozen or so at that) inhabit this isolated island somewhere in the fjords of Nuuk. When we left our boat we pretty much had it all for ourselves. 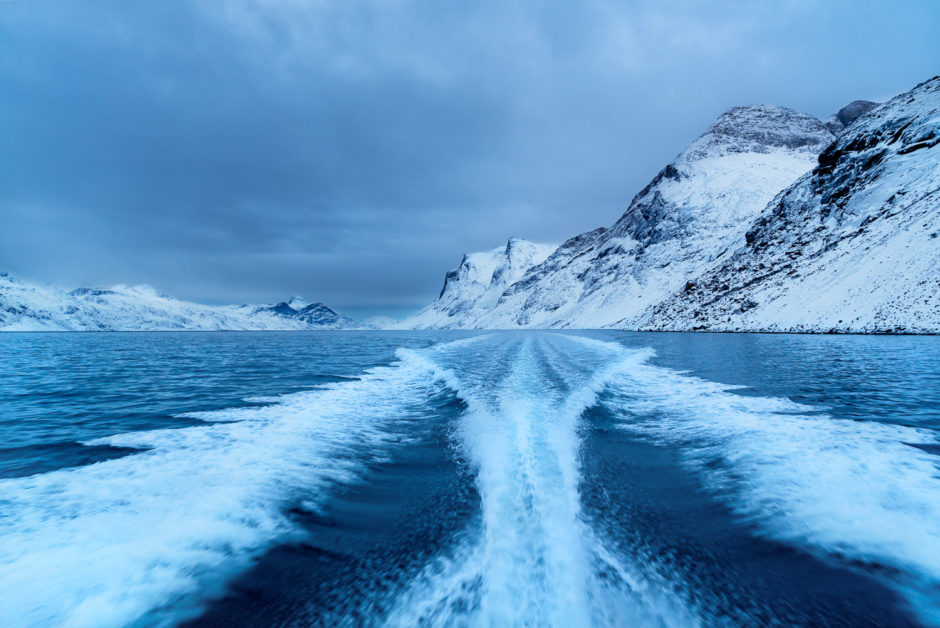 This landscape is just the same as it was several hundreds of years ago, when its first ancestors started migrating from what is today Canada, explained our boat’s captain. 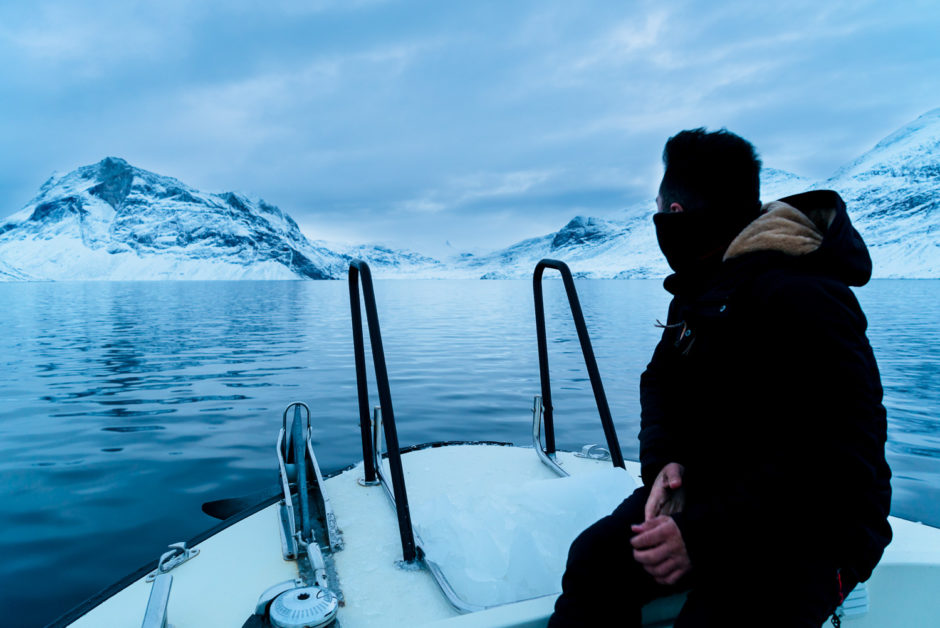 Despite the bitingly cold winter, I could not stop staring at the beauty of the fjords. The capital city of Nuuk has an average high of -3.5C / 25.7F in December — March is the coldest month of the year. 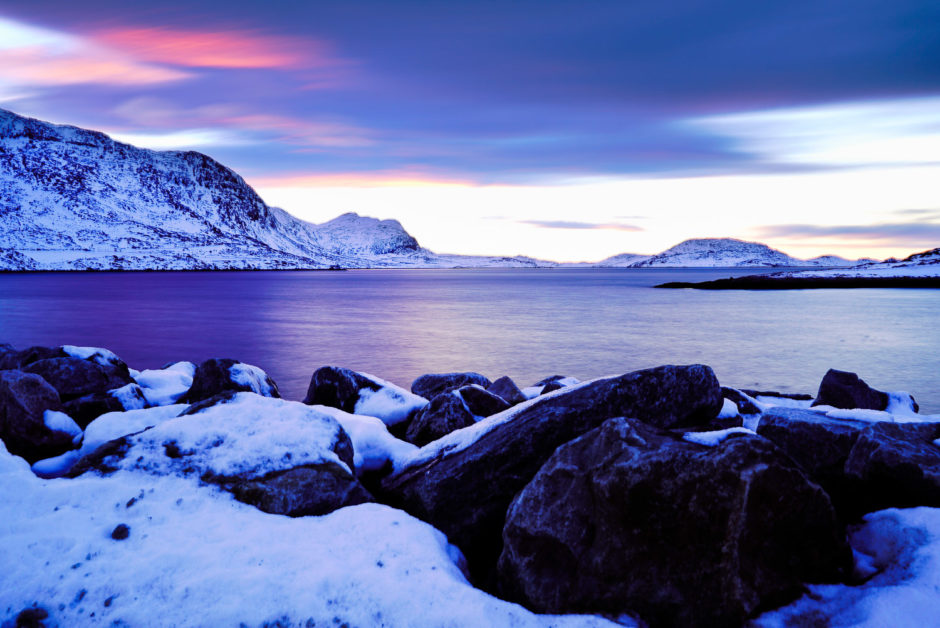 I had the privilege of having a local tour guide from Nuuk Tours Greenland all to myself. She took me to amazing places in Nuuk, like the spot this picture was taken, right before sunrise. 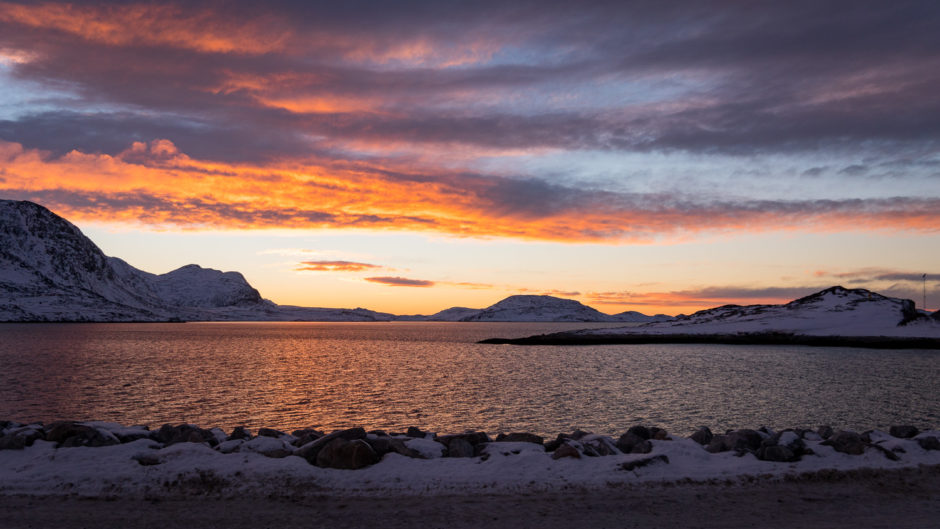 This is sunset from the same place, which was only about four hours from sunrise! It took me a few days to get used to the minimal daylight; at 4pm I felt like it was time to go to bed. I asked some locals how they handled it, but they just said they’re used to it. 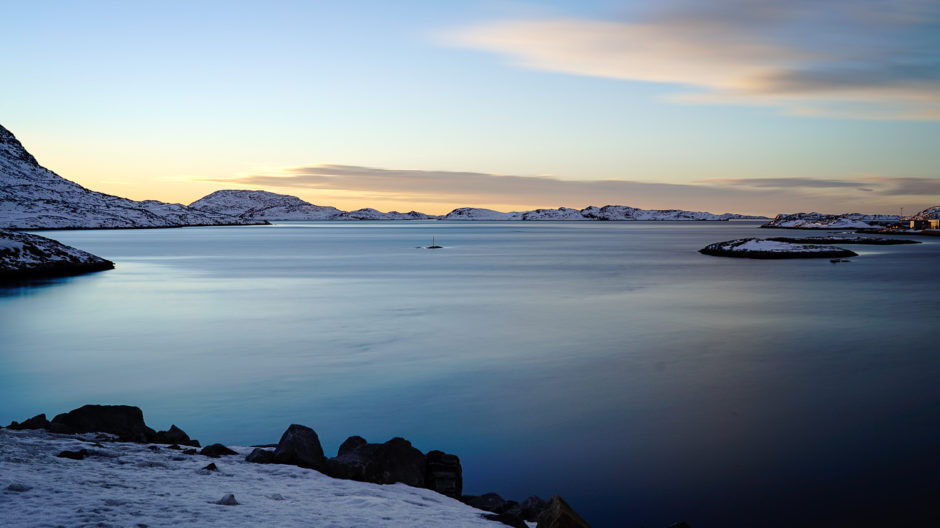 I took this long exposure photo on my morning tour with Grace, my personal tour guide. While my camera was taking the shot I was staring out, thinking: there’s a lot of water over here! Greenland’s coast is around 44,000 kms / 27,300 miles long. 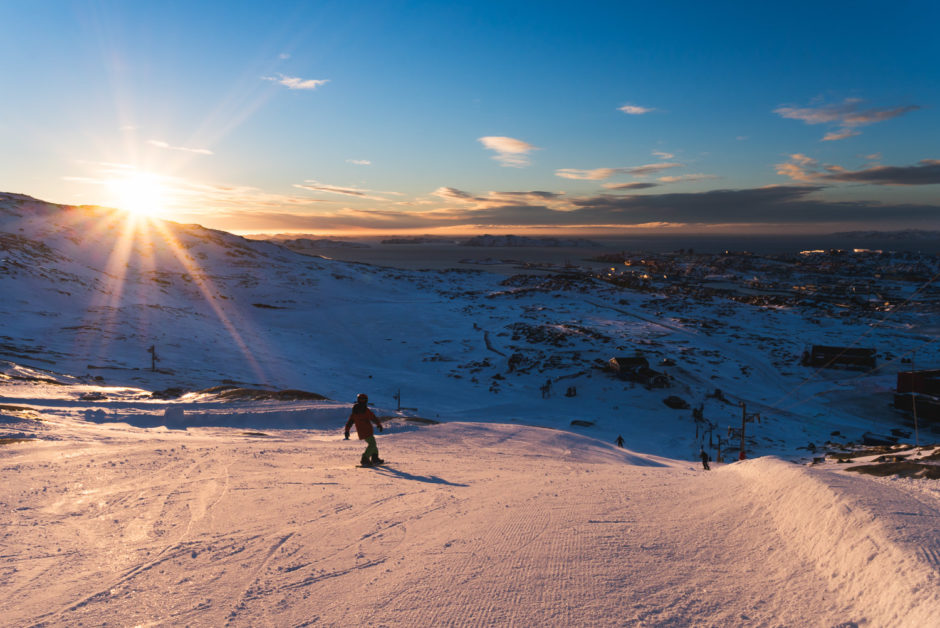 I talked with some kids about skiing and they all told me they’re raised with it. It reminds me of the diversity of culture and sports around the world. As a Western European, soccer for us is the holy grail. On every street corner in Belgium children are playing soccer. In Greenland they ski. There are lots of opportunities as well to get into the backcountry.

Never tire of the views 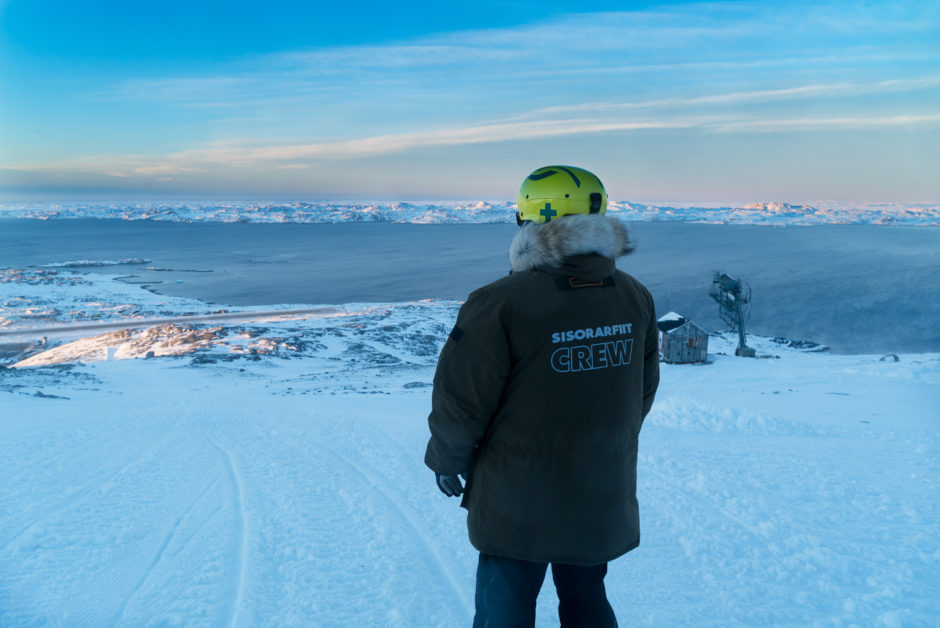 As his jacket betrays, this guy is a crew member of the Sisorarfiit ski resort. He was staring at this view for a couple of minutes. I approached and asked if he was not tired of the views. I mean, he sees this every day right? His answer was a short but telling, “Never.” 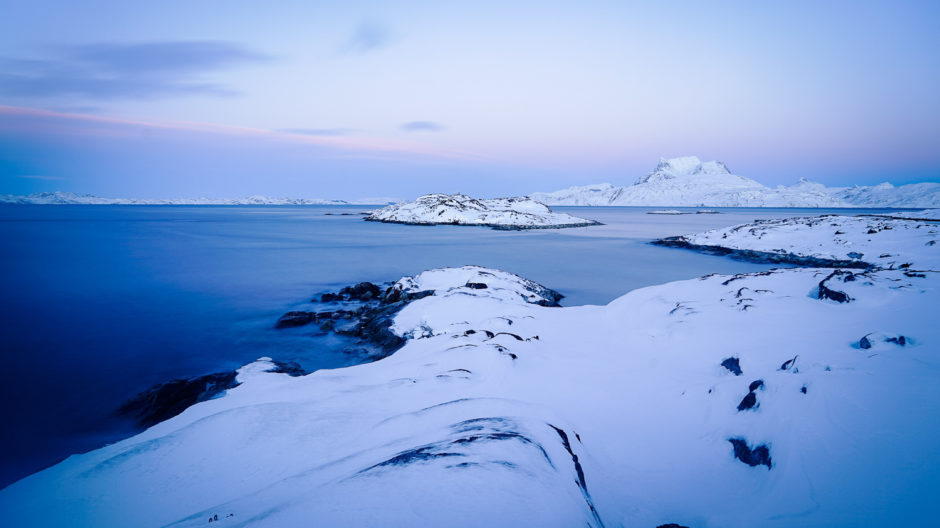 It’s hard to capture the feeling of a landscape. For this photo I used a long-exposure technique to give it a dreaminess quality. Greenland, to me, felt like one big dream. 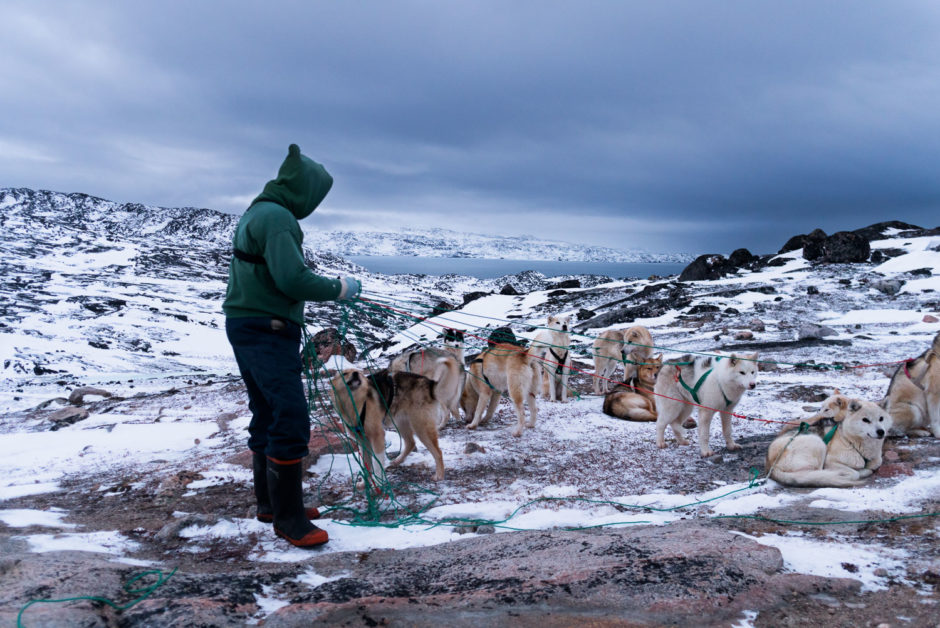 We went on a dog sledding tour in Ilulissat. In this picture you see the Musher preparing the ropes. I am not a big fan of “using animals” for transportation’s sake, but those dogs love to run. When the Musher was approaching the dogs, they were all barking in order to get chosen to start sledding. 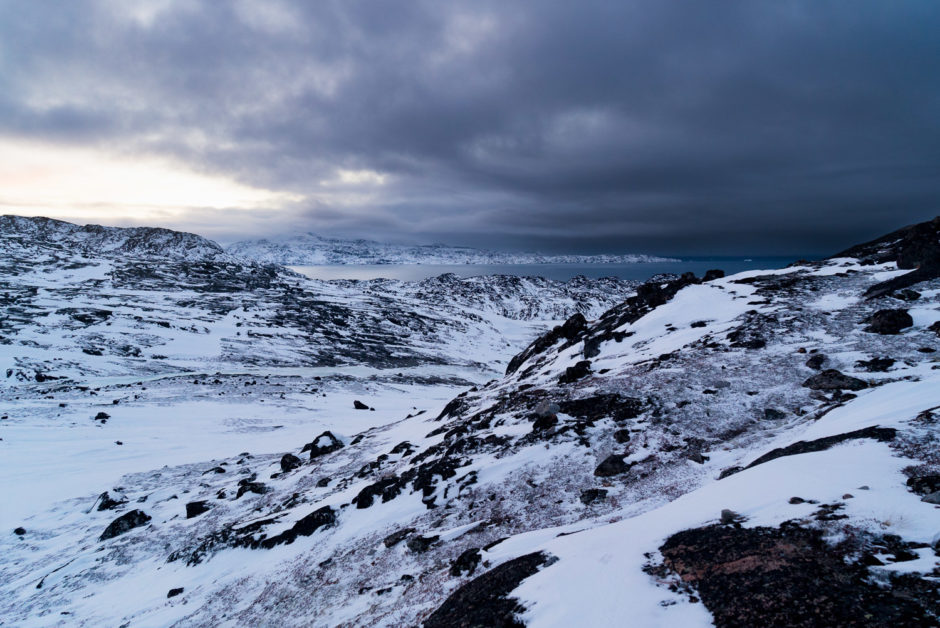 “It’s like being on a different planet,” is a phrase most of us used at one point or another on the trip. The views are really otherworldly. 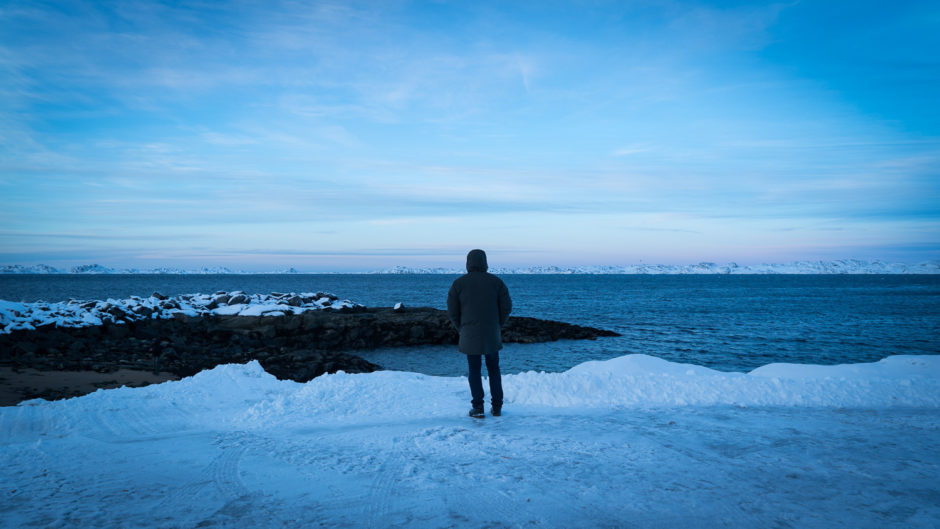 Once again I found someone staring into the distance for a long time. That seemed something very typically Greenlandic. Despite the cold, people could just stare for minutes without moving. What are they thinking or dreaming about? 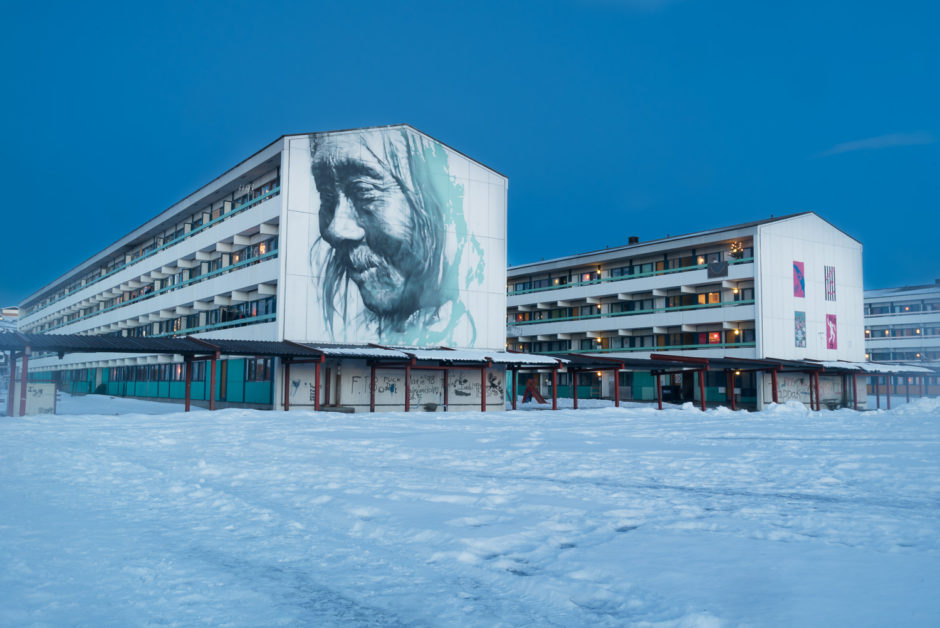 I love street art. I think it adds something special to a city, so when I arrived in Nuuk and saw this house painting, I was really stoked. This house painting is called “Poonojorteq” and was done by an Australian artist depicting a Greenlandic hunter. 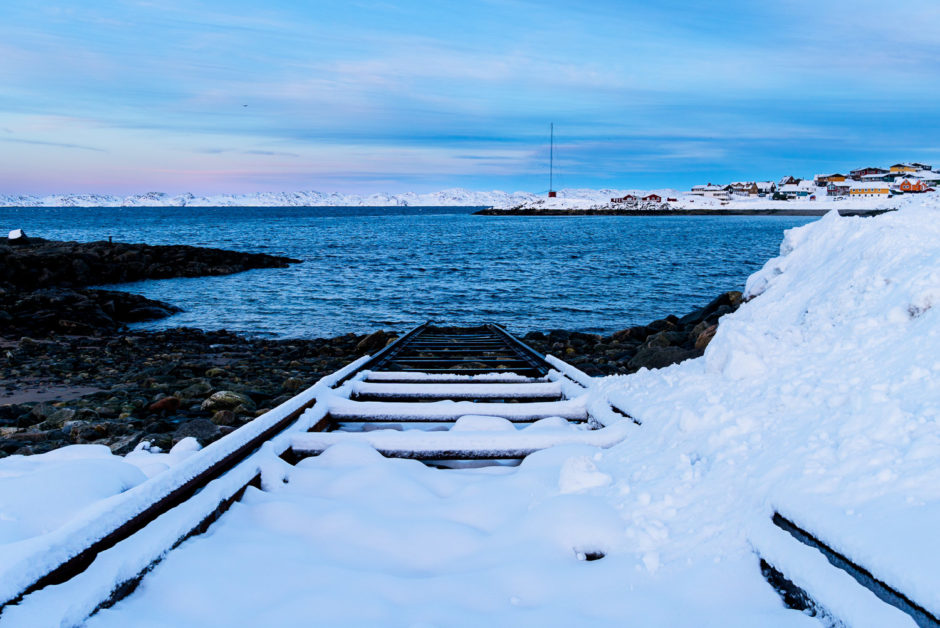 This view reminded me of the Led Zeppelin song “Stairway to Heaven.” The waters of Greenland are pure heaven, and immensely important to its people. The fishing industry comprises around 90% of Greenland’s exports.

[Editor’s note: Jorgo was a guest of Visit Greenland in partnership with Air Greenland.]

Tagged
Greenland
What did you think of this story?
Meh
Good
Awesome

Greenland Is the New Iceland. Here's Why.