“BROMO, YES!” exclaims a rickshaw driver, as I get off the train in Probolinggo. Before I know it, I’m being pedalled through the streets of this Eastern Java town to where the buses leave for Mount Bromo.

Gunung Bromo, as it’s known in Indonesian, is an active volcano and was erupting as recently as early 2011. There, I find a cafe with a view and sit down to a warm cup of tea. The mountain range in the distance seems to arc around in each direction, and then it hits me: this is a huge volcano crater 6 miles in diameter. And I’m on the inside edge of it. 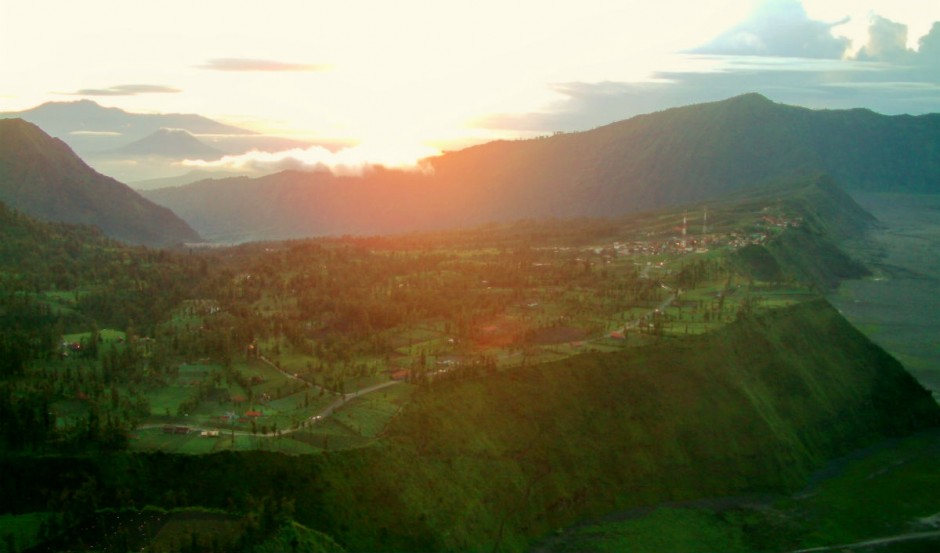 The cool air in Cemoro Lawang is a refreshing change from the tropical heat of the plains. This mountain village gets its name from the pine trees that are a feature of the region. Located on the edge of the Tengger massif volcano caldera, it looks over the lava plain that fills the crater, the aptly named 'Sea of Sand.' 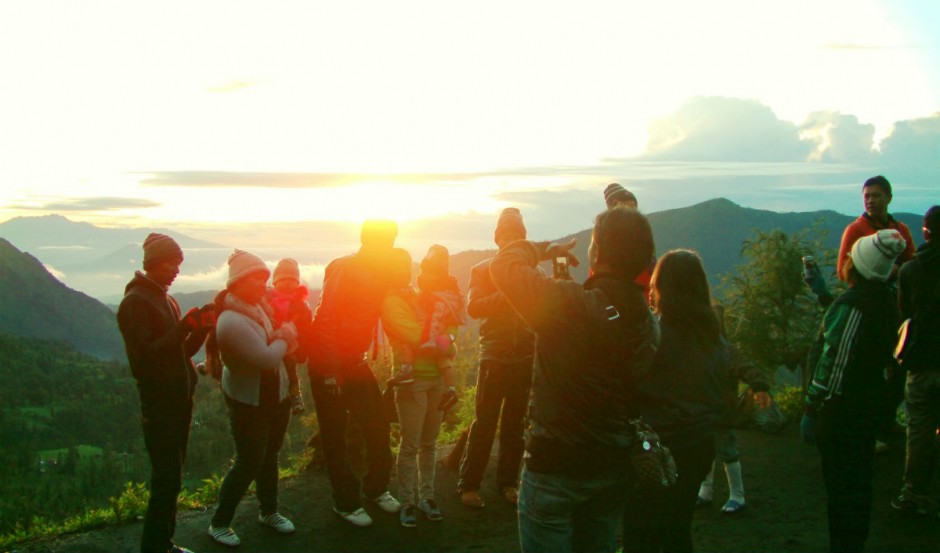 The 3am wakeup call is perhaps the most daunting aspect of a visit to Mt. Bromo, but one I was happy to rise to. I was given a breakfast box as we assembled for the Land Cruiser ride up to the lookout. The final leg is up a steep, stony path on foot, where I had to use the light of my mobile's screen to find my way. 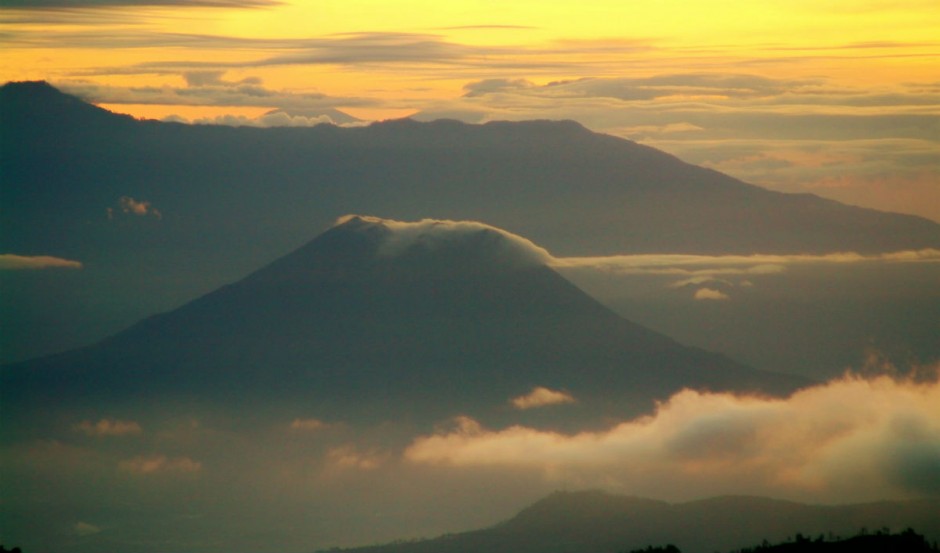 The 'Ring of Fire' refers to the 452 volcanoes that make up a horseshoe-shaped arc around the Pacific Ocean. They represent 75% of the world's volcanoes, both active and dormant. 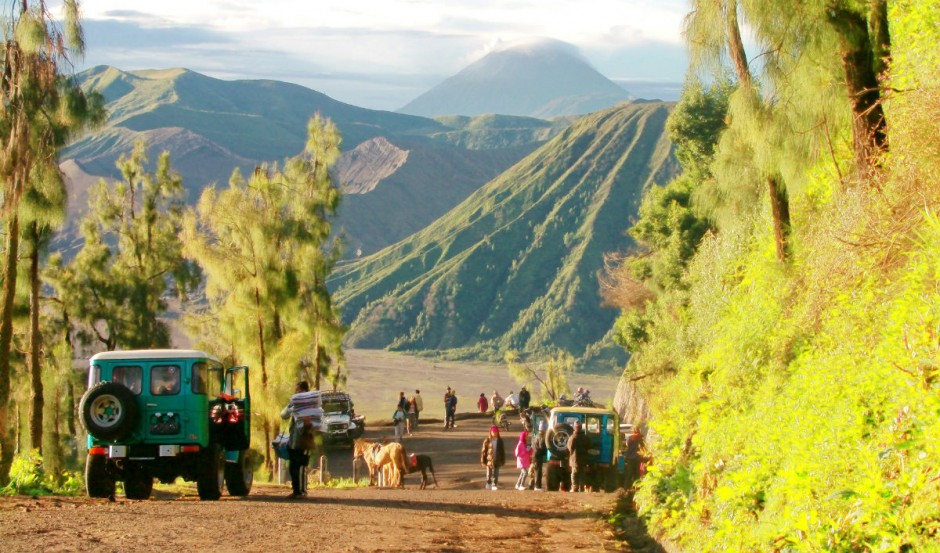 Morning on the mountain

I was glad to see warm jackets for hire at the lodgings, as it's chilly up here this time of the morning. The line of sight of these mountains has been described in ancient Javanese texts as the spiritual axis of the universe and the point of all creation. 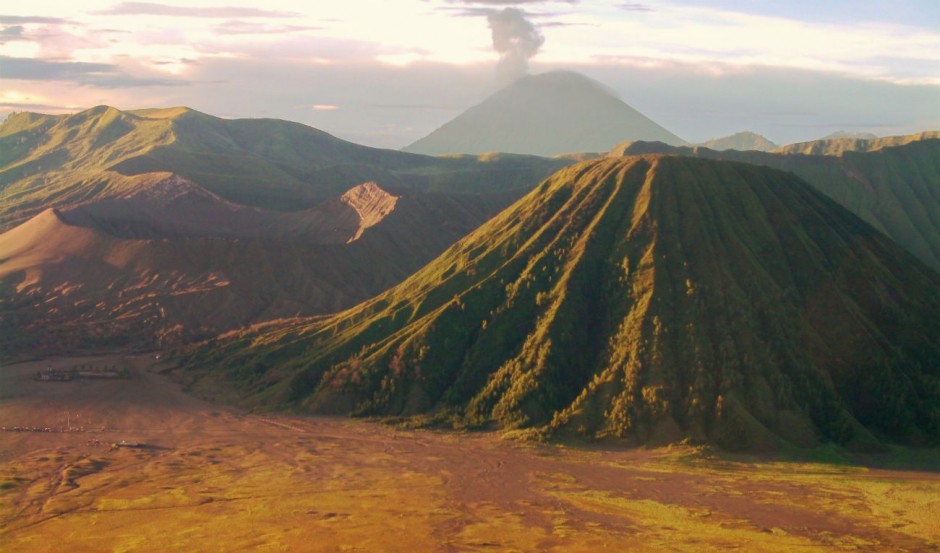 Mt. Semeru, also known as Mahameru or Great Mountain, is Java's highest peak at 12,060 feet. It is also Java's most active volcano, as it shoots out a huge plume of smoke, steam, and ash every 20 minutes or so. 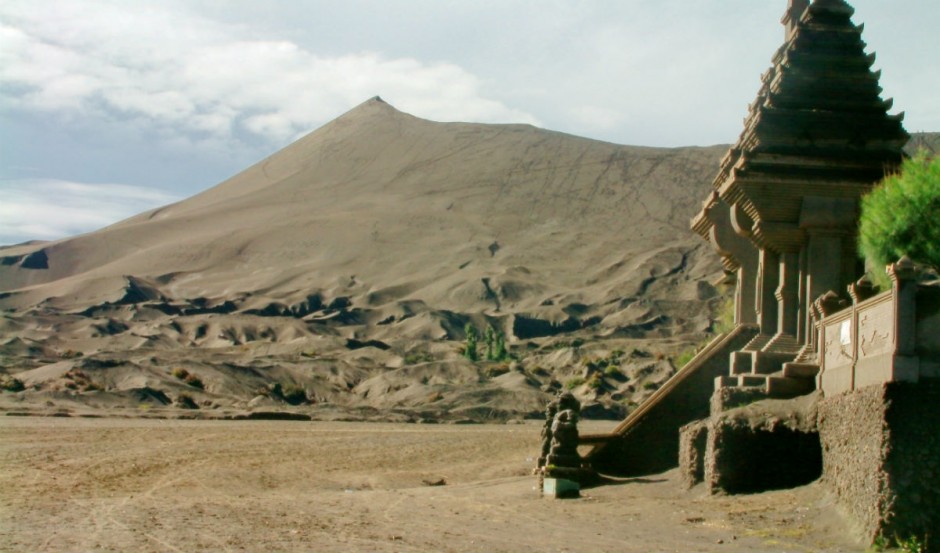 Entrance to the Poten Temple

The Poten, the Hindu Tenggerese's main temple, is at the center of each year's Yadnya Kasada festival. The month-long ceremony concludes during the full moon and involves a torch-led procession between the temple and the crater, with sacrifices thrown into the caldera. 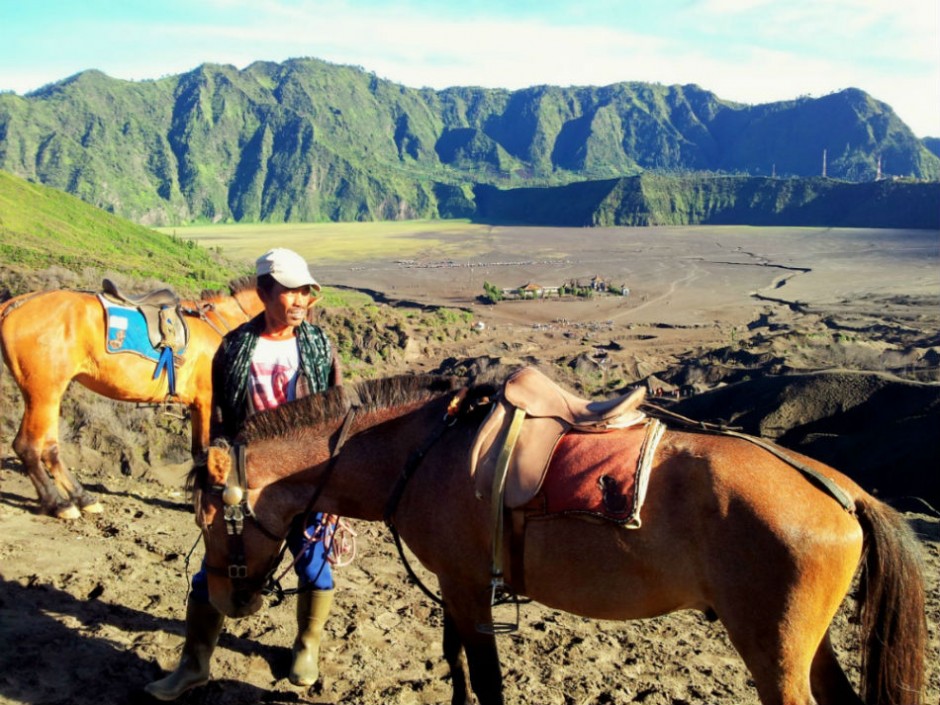 Riding across the Sea of Sand

I had barely a toehold on the tiny stirrups as I rode a pony across the Sea of Sand and up the volcano. The creak of the leather saddle and the sound of the beast labouring to carry me had me holding on for dear life. From here it's 300 steps to the rim of the crater, where I tossed in a bundle of flower buds as my own personal offering to the god of creation. 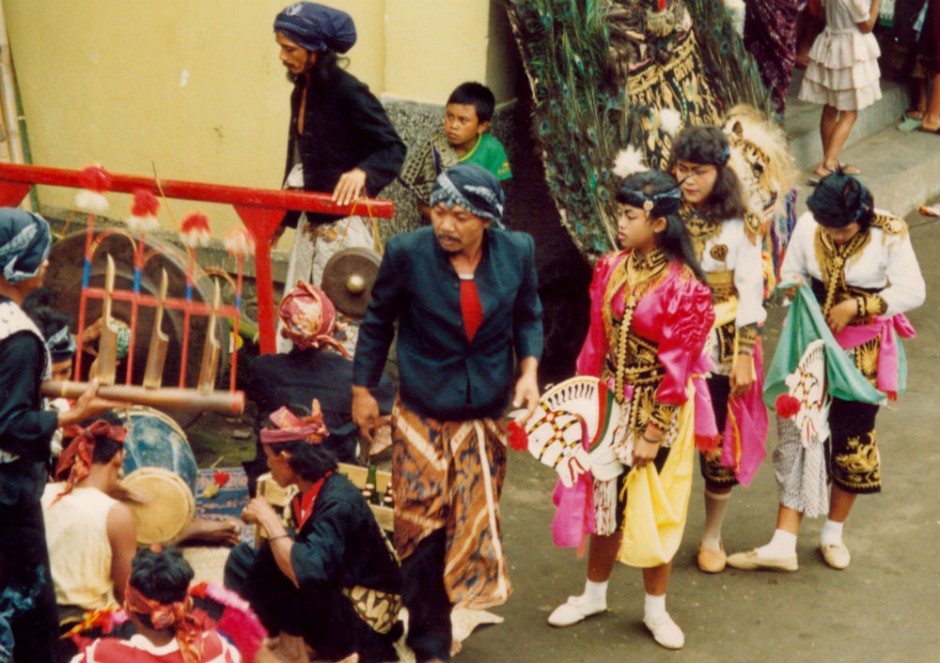 The Tenggerese follow the Hindu faith and number roughly half a million people, spread through 30 or so villages in this mountainous region. They are said to be descendants of princes from the Majapahit Empire, driven into the mountains by Madurese Muslims in the 19th century. I quickly jumped off the bus when I chanced upon this dance session.