YOU’VE HEARD OF DENALI, and maybe Glacier Bay. But the rest are unheralded, underrated, and — as a result — free of crowds: 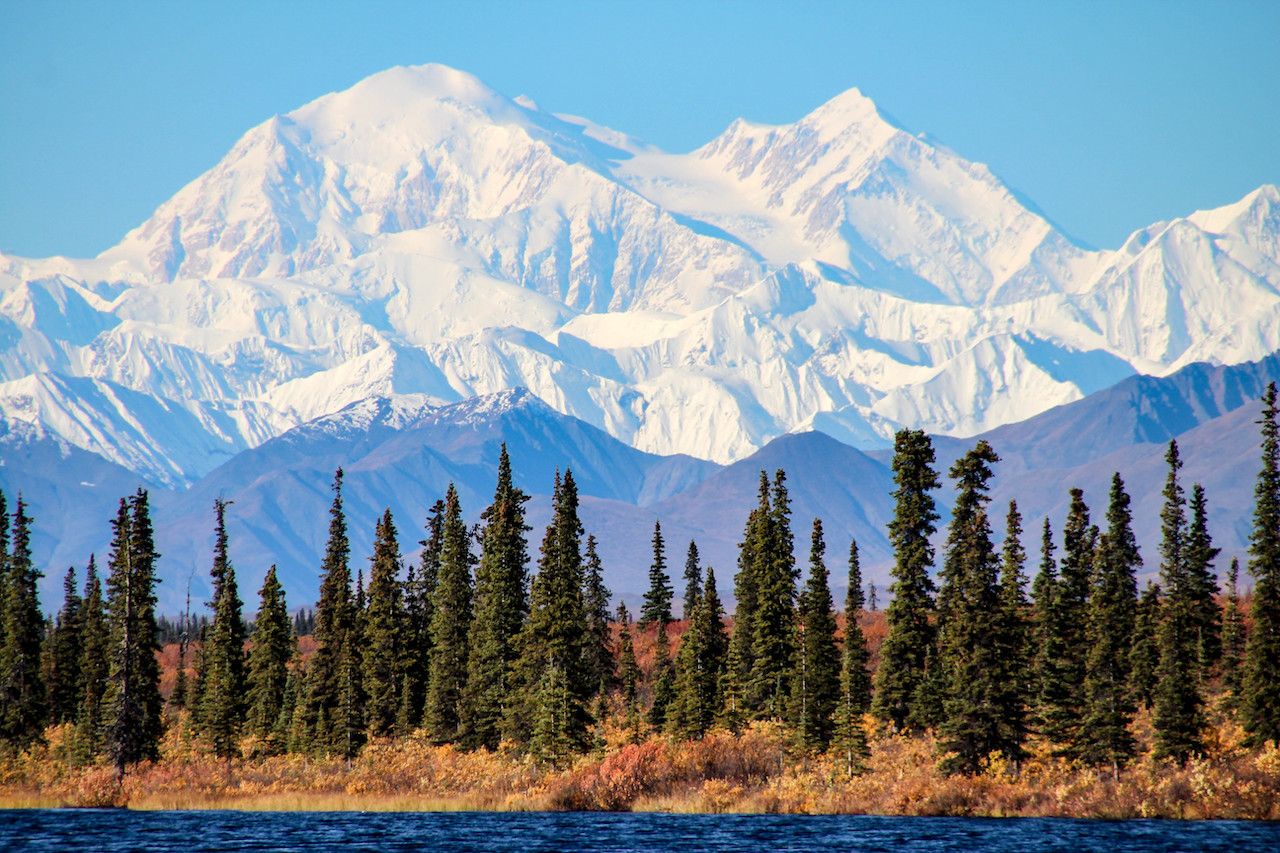 Claim to fame: The tallest mountain in North America, Mt. McKinley is more commonly known as Denali these days. Around the park, it’s generally referred to simply as “the mountain” — as in, “Can you see the mountain today?” (Hint: You probably can’t.)

Good to know: Denali is closed to cars. Park shuttles and tour buses rattle up and down the park’s lone road, and visitors with limited time can see a surprising amount of scenery and wildlife on a one-day ride out and back. But a far better option is to leave the road and hit the backcountry on foot.

Apart from a few short walks near the park entrance, Denali doesn’t bother with designated hiking trails; instead, visitors are encouraged to (respectfully) wander and camp wherever they please. Bring your bear barrel and a good quality terrain map before venturing into the wild.

Personal highlight: My first day in Denali involved cold, rain and fog, and nearly eight hours spent on a bus — but our brief rest stop at Polychrome Pass was utterly unforgettable, an instant addition to the “I’ve gotta get back here” list. 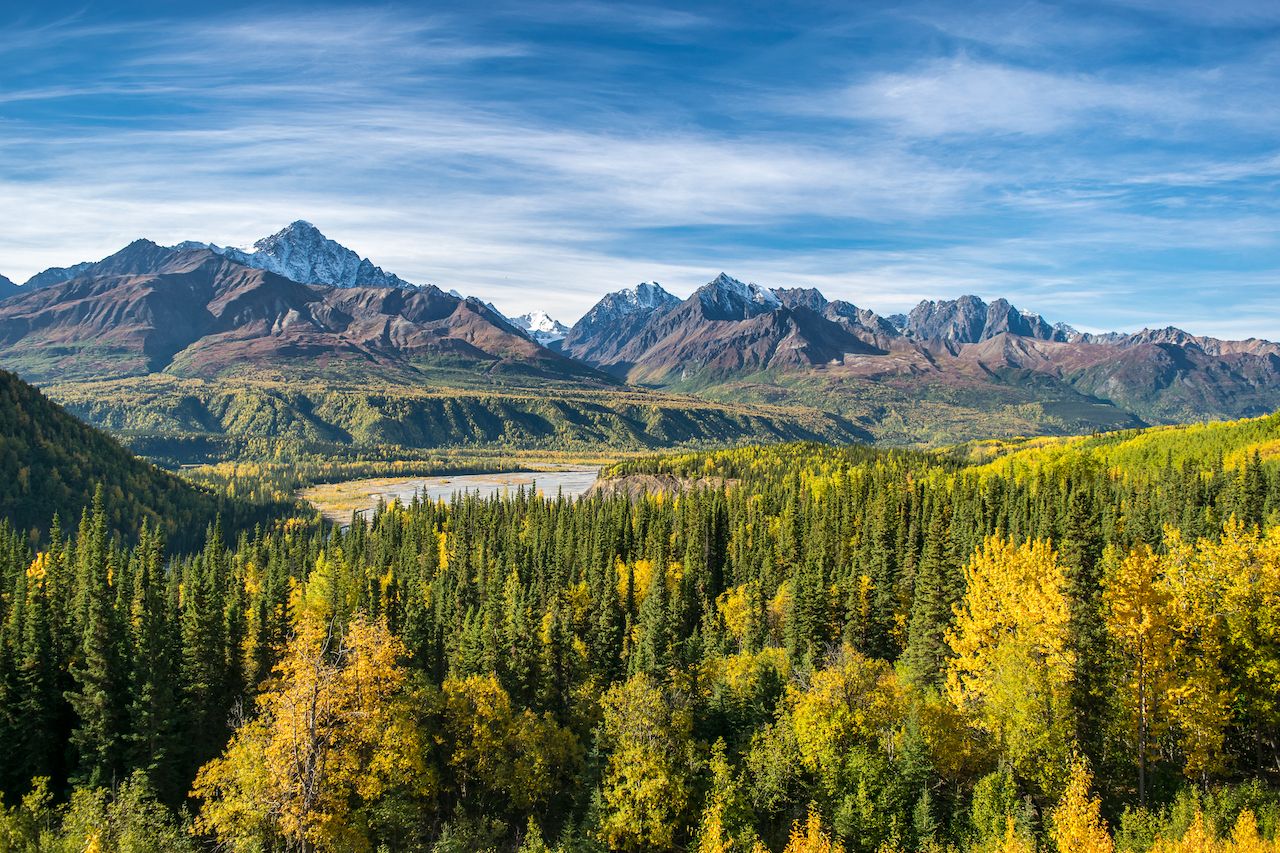 Good to know: Wrangell-St. Elias is a rarity in the Alaskan NPS — a park you can drive right into. A rough road leads from Chitina, just outside park boundaries, into the tiny tourism town of McCarthy and its neighboring ghost town, Kennicott.

A licensed operator runs guided glacier hikes and ice climbing excursions out of Kennicott, as well as really excellent tours of the historic Kennicott copper mill, a 13-storey wreck built into the side of the mountains above town.

Obviously, Wrangell-St. Elias has a lot of backcountry, but its unusual level of infrastructure and visitor support also makes it more newbie-friendly than most Alaskan parks.

Personal highlight: The tasting menu at McCarthy Lodge goes down in history as one of the greatest meals I’ve ever eaten, full stop. Fine dining in the depths of the Alaskan wilderness — who knew? 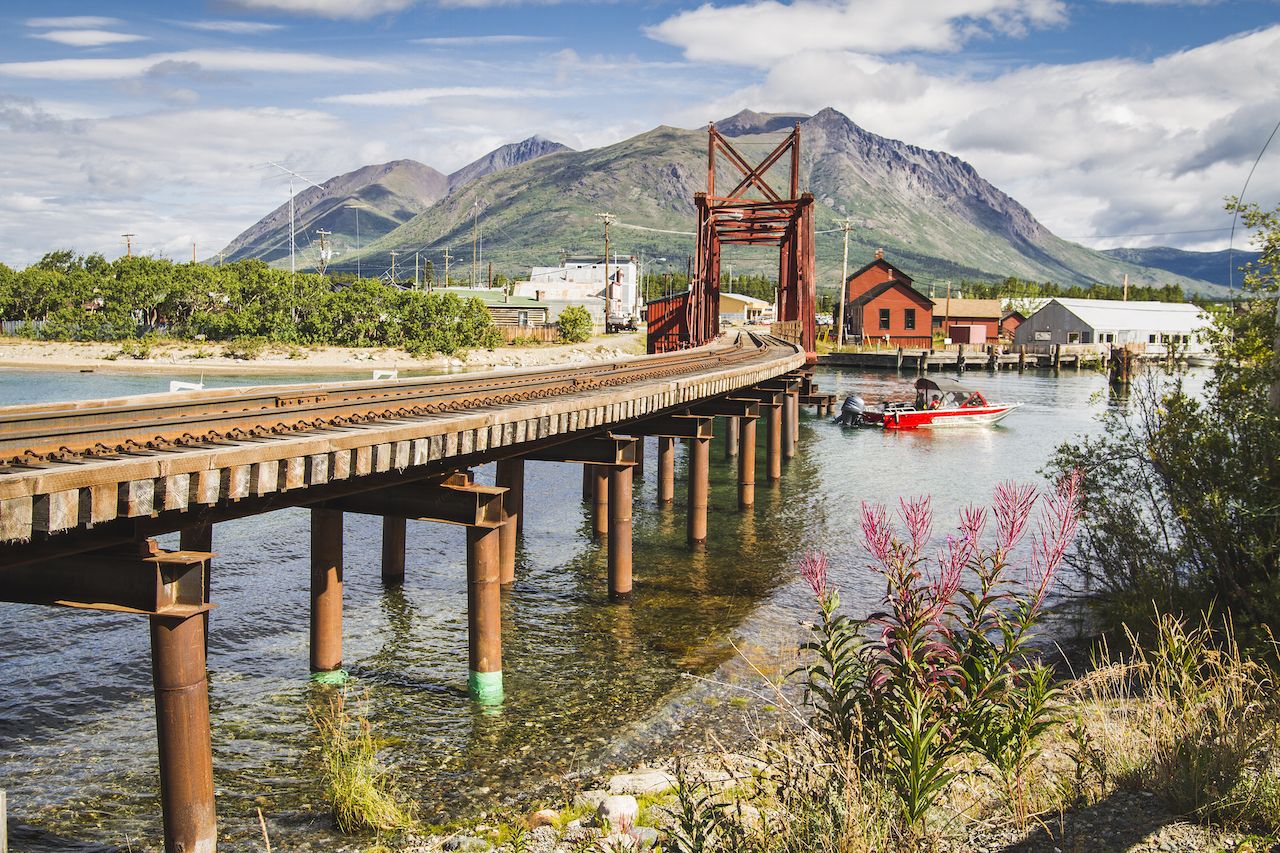 Claim to fame: The Chilkoot Trail. This three-to-four-day hike (or epic one-day trail run) follows the route of the gold-seeking stampeders back in 1898, from sea level in the Alaskan panhandle up over the Chilkoot Pass into Canada. It’s sometimes physically demanding, but clearly marked, dotted with designated campsites, and jointly monitored by Parks Canada and NPS rangers.

Good to know: The Chilkoot season runs from mid-May to early September. Only a few dozen hikers are allowed over the summit each day, so it’s best to reserve a permit and campsites well in advance. Getting to and from the trail also requires some planning — the Chilkoot begins a few miles outside Skagway, on the Dyea Road, and ends at the edge of Bennett Lake, a few miles off the Klondike Highway. The touristy White Pass & Yukon Route railroad offers transportation back to Skagway; a cheaper option is to hike out to the highway along the train tracks and pick up a ride from there.

Personal highlight: Fry brownies in the cooking cabin at Happy Camp, after two days on the trail. Seriously, pack some of these suckers for your next multi-day hike. So worth it.

4. Gates of the Arctic National Park 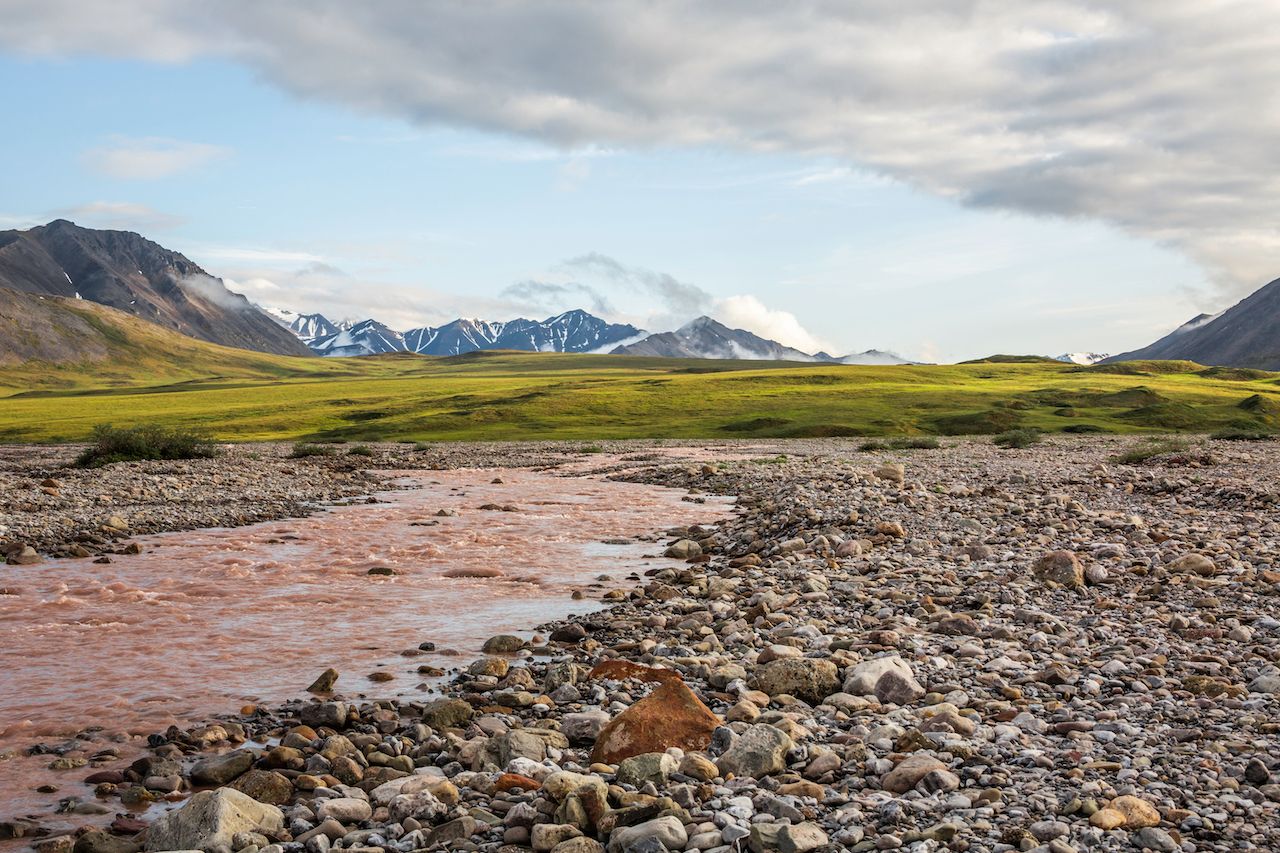 Claim to fame: One of the coolest park names in the U.S. system. The “gates” are two mountains, Frigid Crags and Boreal Mountain, that frame the Koyukuk River and form a massive gateway for visitors floating through.

Good to know: Gates of the Arctic has no road access. Most visitors fly in on air taxis from Bettles, Coldfoot, or Kotzebue (itself a fly-in community); you can also hike in from the Dalton Highway, which runs parallel to the park’s eastern boundary. Once you’re in, you have most of the Brooks Range as your playground — but be sure to check out the NPS trip-planning guidelines for your own safety and for the safety of the local wildlife. 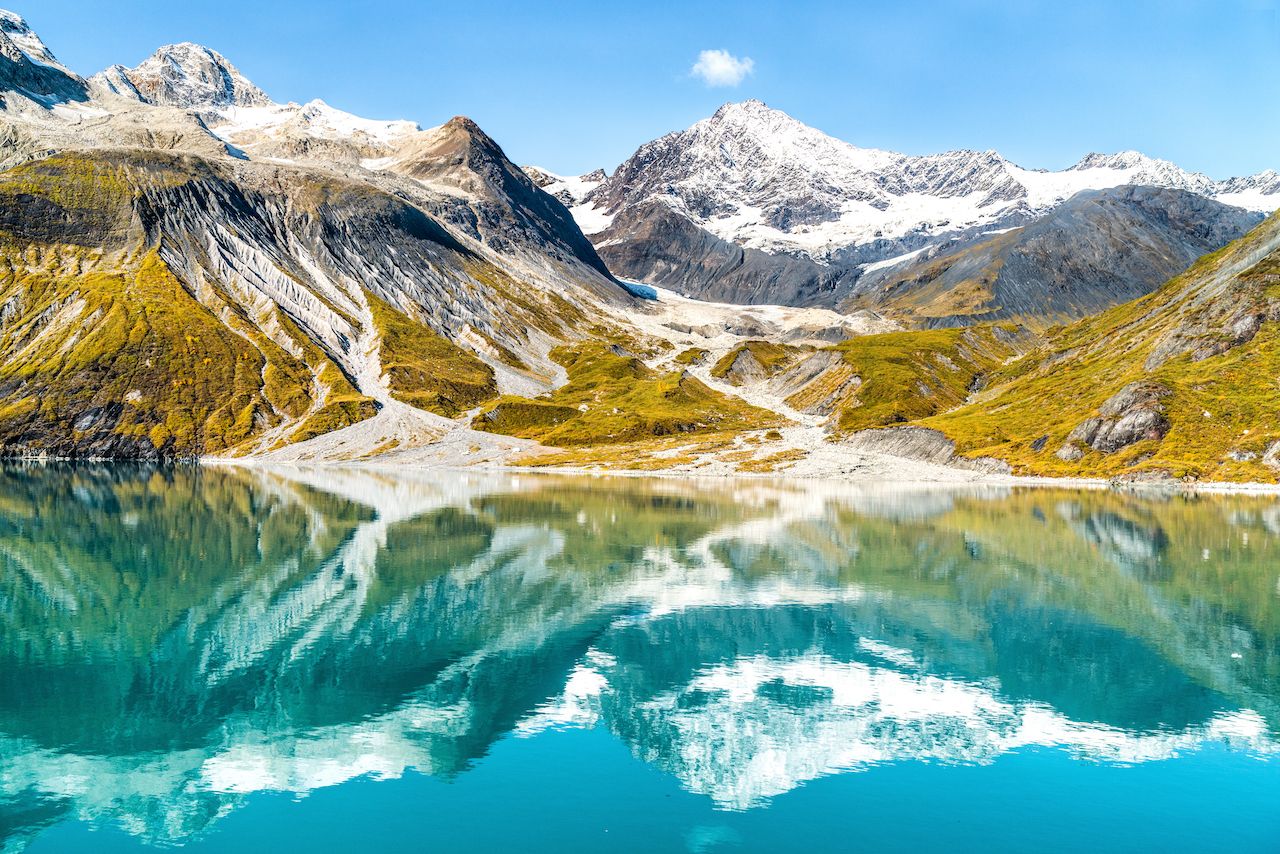 Good to know: Glacier Bay is unusual among national parks in that most of its visitors arrive by sea. Full-size cruise ships poke their noses in on their way to or from nearby Juneau, tour boats run day trips to the park, private pleasure boats come and go as they please — and a fair number of visitors arrive via kayak, either on unsupported solo trips or on shorter guided excursions.

Gustavus is the nearest gateway town to Glacier Bay; it’s reachable by air (Alaska Airlines is the only big-name carrier to fly in, but several smaller companies and charters offer some competition) and water — this summer, the Alaska state ferry system will add Gustavus to its routes for the first time.

For information on all of Alaska’s national park options, check out the Alaska NPS site.

Tagged
National Parks Alaska, United States
What did you think of this story?
Meh
Good
Awesome