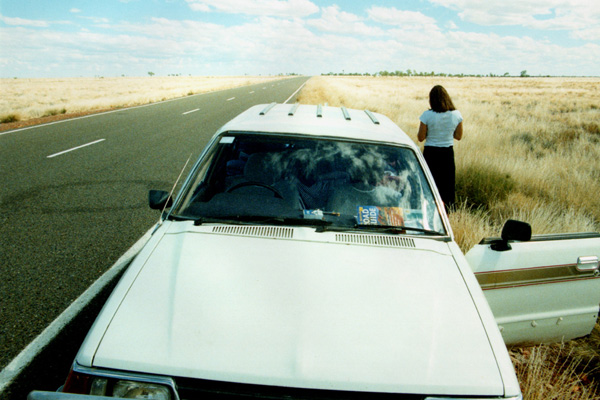 Forget the Hume Highway. Hit the coast for a memorable roadtrip.

THE HUME HIGHWAY — the inland route between Melbourne and Sydney — is not very exciting. And that’s putting it mildly.

If you’re going to make the trip between these two great Australian cities, take your time and drive the more scenic Sapphire Coast. You won’t be disappointed. 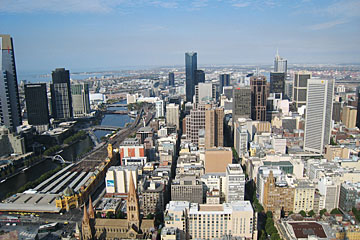 First, find yourself a killer rental deal and escape the city

You can find rentals for as low as $9.99/day with unlimited mileage at RedSpotRentals.

Melbourne’s sprawl takes about an hour to clear. Say goodbye to the crowded suburbs and find yourself amidst grazing land and livestock that outnumber people as you enter the Gippsland plains.

If it’s warm enough, crack open the windows and let the eucalyptus-laden breeze float in.

About four hours out of Melbourne, you’ll come upon Lakes’ Entrance. Miles of estuary waterways twist their way to the horizon in either direction, and the whole lot rushes together violently with the tides through a channel you could throw a football across.

The waters churn with the clashing currents, the open ocean beyond full of whitecaps that throw up a grey haze of sea spray. In the distance, if you look hard enough, oil rig platforms can be made out hovering above the hazy ocean like alien spaceships. 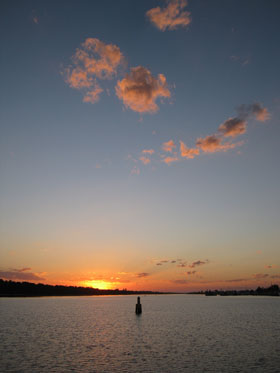 During the winter months — that’s North American summer, remember — the town is deserted, and you should have no problem finding a cheap room for the night at a clean hostel. There is plenty of boating and fishing to be done here.

Lamb-lover alert: head to the Six Sisters and a Pigeon Café on the town’s main road for a tasty lamburger.

From Lakes’ Entrance, it’s only a few hours before you come over a ridge and are greeted with a panoramic view: Twofold Bay and the hills of Eden. The beer coasters at the local pub proclaim “a drinking town with a fishing problem” and the place smells salty and slightly sour.

Pull into the Killer Whale Museum to search for the skeleton of Old Tom, the orca whose pod hunted with the locals when Eden was a whaling town only two generations ago. (For more on this stranger-than-fiction story, read The Killers of Eden.)

At the wharf, watch the dolphins and seals dive lazily through schools of fish.

On Friday nights the Great Southern Inn holds a meat raffle. Buy tickets to support the local rugby team and to win yourself shrink-wrapped trays full of different meats and cuts from the local butcher to fill your barbecue while on the road.

Eden is more a working town than a tourist destination, with controversial woodchipping taking over from whaling as the area’s primary industry. There are plenty of B&Bs around, and judging by their posted rates, there is clearly a healthy tourism trade here. 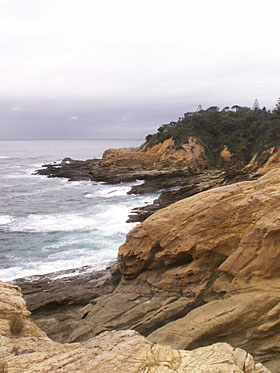 Leaving Eden, you’ll only be on the road for a few hours before reaching Bermagui. This town is even smaller. It’s in this region that I could happily spend my days hanging around the forgotten coastal villages with their pungent aromas of ocean and seafood.

The landscape is mixed: craggy cliff faces rise from a frothy ocean on one side and still, flat lakes lie in the shelter of the coastal dunes on the other.

Make sure you catch the legendary sunset with Mount Dromedary providing a dramatic backdrop. Boats stream back into port through the breakwater in the fading light. Keep your eyes open for the resident fairy penguins!

Back in the day, the Bermagui Hotel was a ramshackle pub with plenty of colorful characters swapping fishing tales at the bar. Nowadays, the rooms are painted in peach tones with matching towels and linens; you can even book a room with a spa bath.

There’s also a sushi joint here, right next to the hippie River Rock Café which gives surf lessons and serves up organic coffee and live music.

Traffic in Sydney is no fun, even on a Sunday evening. The Harbour Bridge and Opera House are ghostly and spectacular by night, but the roadways, especially in the CBD (Central Business District), can be very confusing.

If you are staying in the city, plan to arrive early enough in the afternoon to give yourself time to settle in and discover a cozy little bistro, pub, or café overlooking the harbour to watch the sun go down.

You’re gonna need some tunes to bop your head and sing badly to on your trip. Check out the Greatest Roadtrip Soundtrack Ever for some ideas.

This piece on Melbourne has some solid reasons for you to linger a while there, and Australia by the Numbers will give you a different perspective of the land down under.

Little-known places to get the most breathtaking views in Kauai
For the perfect day of hiking and Colombian coffee, head to Jardín
23 of the bluest, clearest waters on the planet
The 6 most epic and unique ways to see the northern lights
The 11 hardest, most dangerous mountains to climb in the world