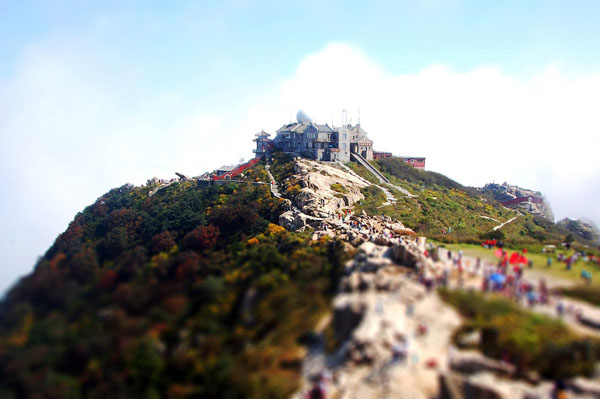 Almost 500 km south of Beijing, the city of Tai’an in Shandong province is home to one of the “Five Sacred Mountains” of China.

At its tallest point, the Jade Emperor peak tops out at 1545 meters. The UNESCO World Heritage-listed Tai Shan is loaded with historical, cultural, and natural significance — pilgrims have been making the trek up the mountain for over 3,000 years to pay religious homage.

Almost 80% of the mountain is covered in vegetation, including medicinal plants and ancient flora such as the Han Dynasty Cypresses — planted 2100 years ago — and the Tang Chinese Scholartree, growing now for 1300 years.

Live to be a centurion

It’s said that you will live to see 100 years if you climb this sacred mountain. There are several options for the 4-7 hour ascent, some shorter than others, with the main route being a brick path all the way up. As at many of China’s other tourist hotspots, expect to be followed by vendors trying to earn a renmimbi or two. 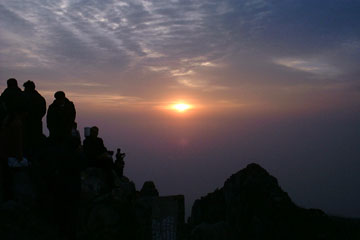 For the not-so-physically inclined, there are 24-hour buses that run to the midway point of the mountain. A cable car is also available for eagle-eye views.

Catching the sunrise is a popular activity but requires nighttime hiking or sleeping at the top. Make sure to bring a flashlight!

Taishan station is Tai’an’s train stop and is serviced by trains coming from Beijing and Shanghai. From the station, local bus #3 will get you to the base of the mountain. Taxis are also available, and you may even want to walk to the closer access entry points to warm yourself up for the climb.

Tagged
Parks + Wilderness China
What did you think of this story?
Meh
Good
Awesome