A little more than 25 years ago, in the early morning hours of April 26, 1986, Reactor No. 4 of the Chernobyl nuclear power plant exploded, releasing a radioactive cloud that spread over much of Europe and western Russia.

The general public was unaware of the disaster until the morning of April 28. Only after a group of workers at a nuclear power plant in Sweden – more than 1,000 kilometers away – noticed a spike in radiation levels did the Soviet Union acknowledge the accident.

The disaster affected the lives of millions of people, 350,000 of which were permanently evacuated from their homes in the immediately surrounding area.

A quarter-century later, the Chernobyl exclusion zone — a guarded, 30-kilometer area around the power plant – resembles a post-apocalyptic world in which nature thrives unencumbered by humans. Excursions through the area were offered for a limited time but were suspended on June 22. The following images were taken during that last June 22 tour. 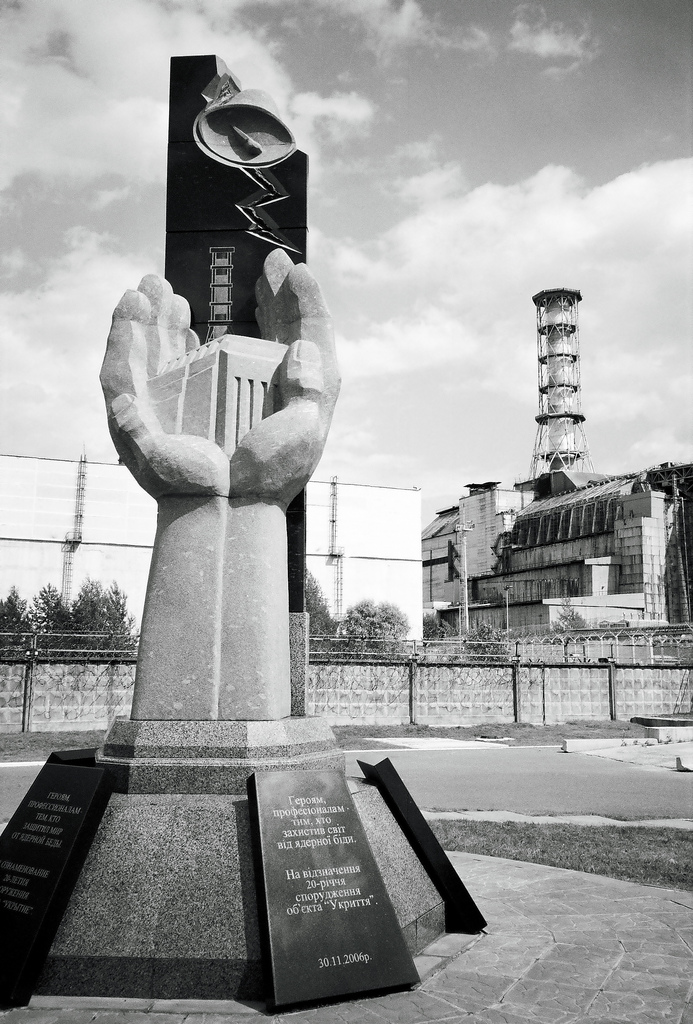 The memorial to the victims of Chernobyl stands in front of Reactor No. 4. Following the accident, a sarcophagus was hastily constructed around the reactor in order to contain radioactive material that lay inside. Twenty-five years later, the sarcophagus is structurally unsound, with cracks and holes allowing moisture inside, further weakening it. In 2010, work began on the New Safe Confinement, which should contain the reactor for 100 years. 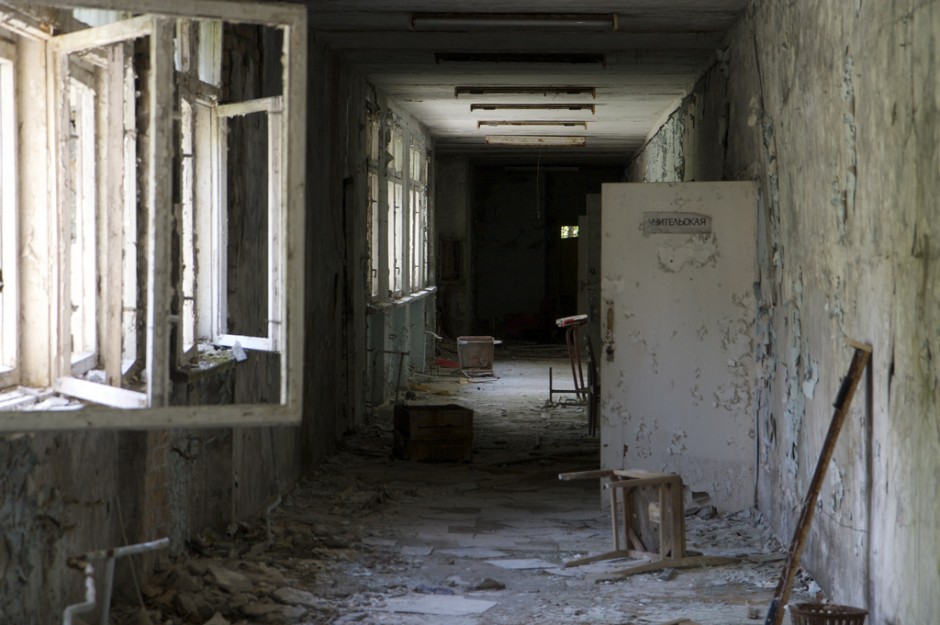 Inside Pripyat School No. 3, furniture is strewn about hallways and classrooms, paint is peeling from walls. The door on the right reads "Teachers" in Russian and would have been the school's teachers lounge. 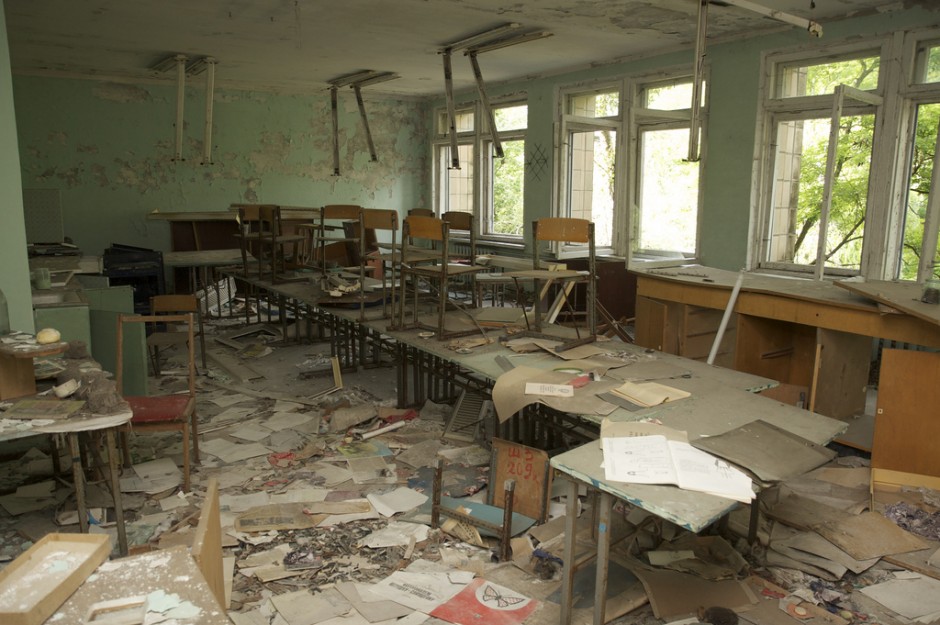 A classroom inside Pripyat's School No. 3. Course books and student notebooks can be seen on the desks and floor. 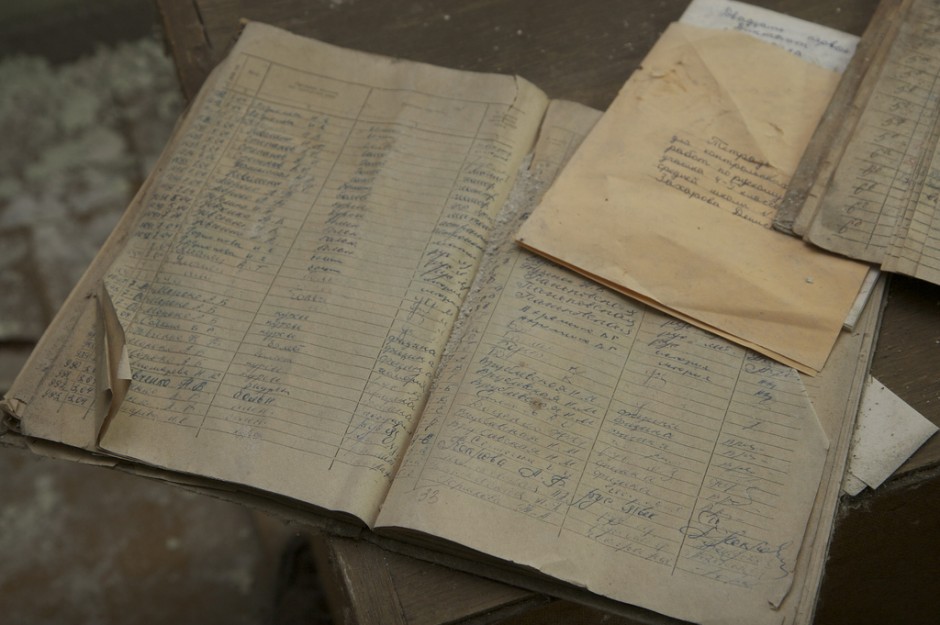 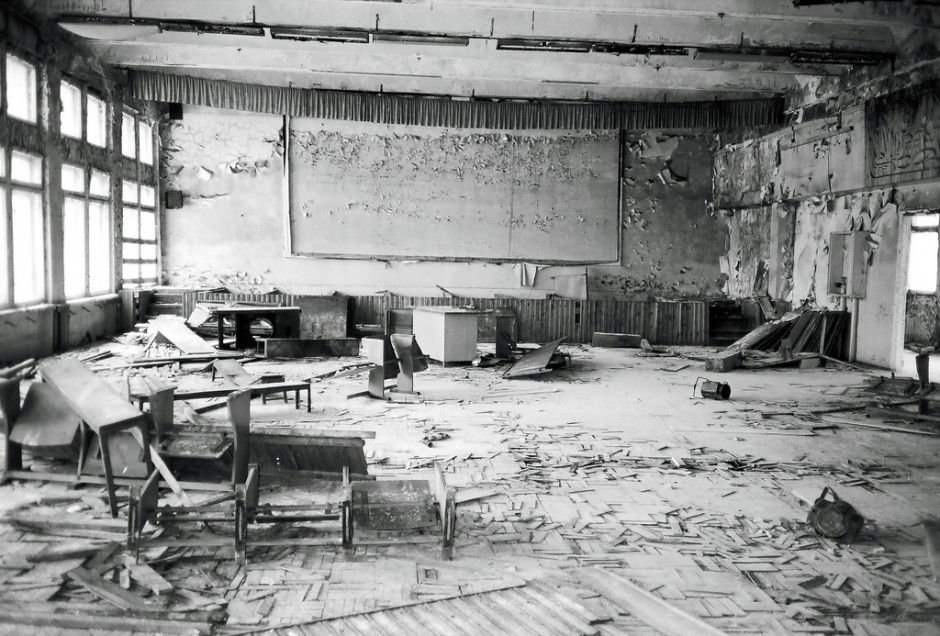 What would have been a small auditorium or lecture room. 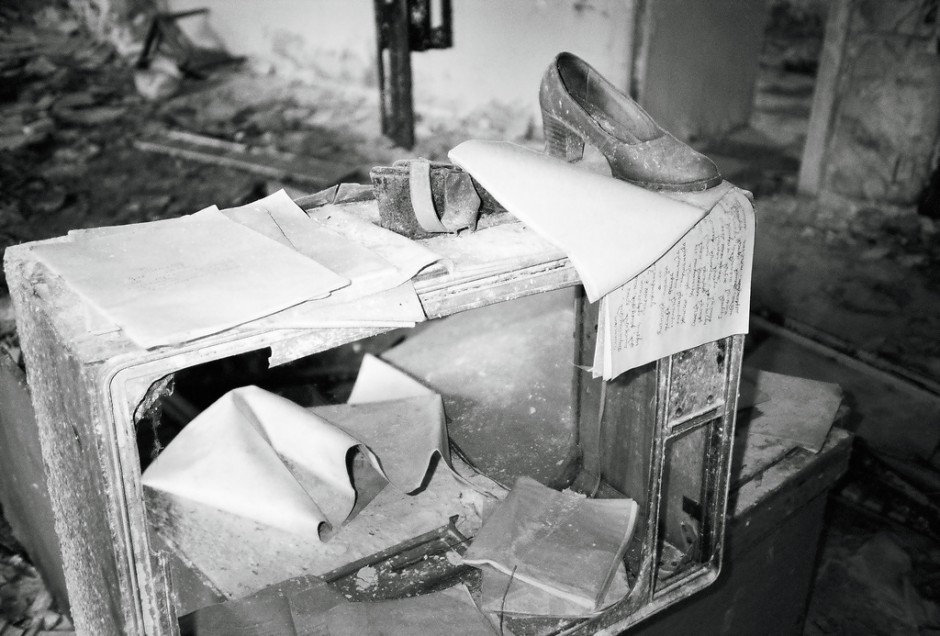 Discarded items, such as televisions and clothing, can be found throughout the school. 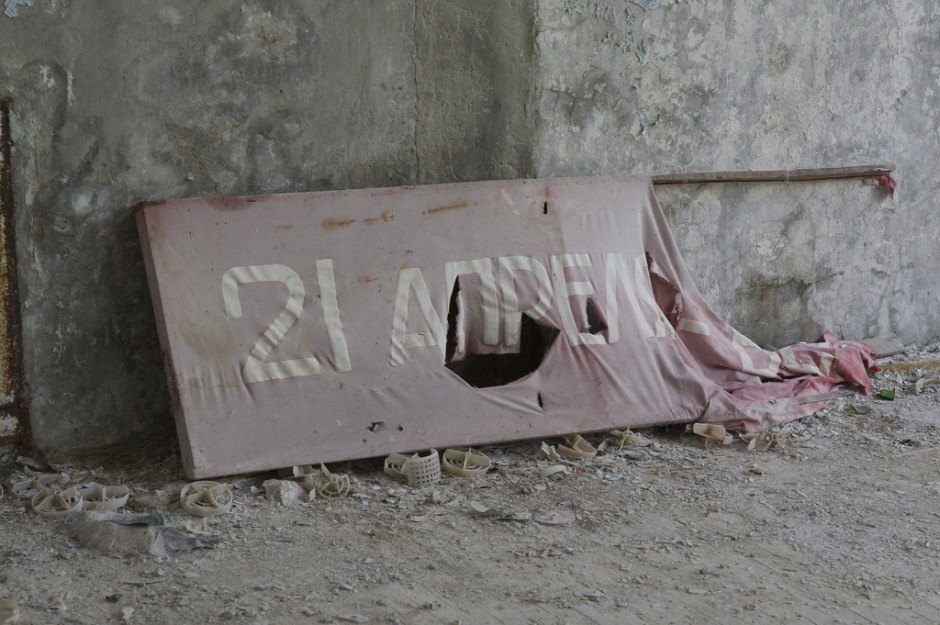 A banner for an April 21 community event lies on the floor inside the school. Starting on April 27, the entire city of Pripyat would be evacuated. 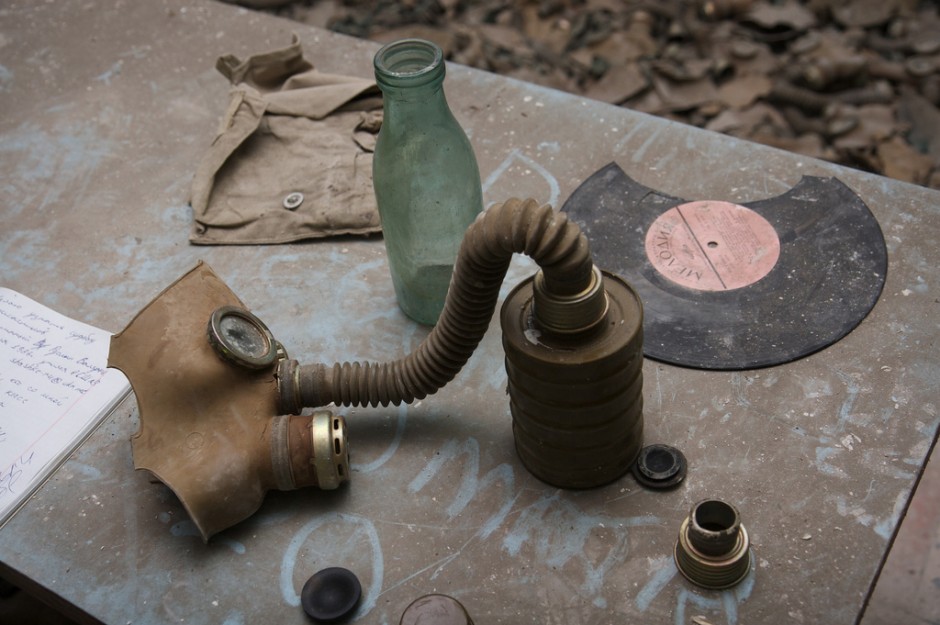 A school milk bottle, a record that reads "Melody," and a discarded gas mask sit atop a table near the school cafeteria. 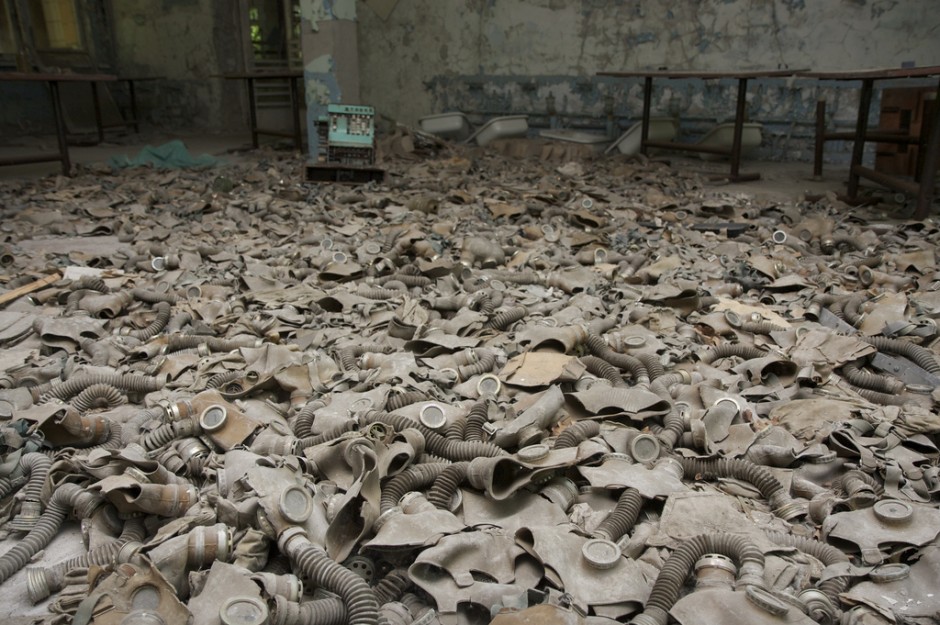 Gas masks strewn across the floor of the school cafeteria. A cash register and sinks for hand-washing can be seen in the background. (Either the masks were used by liquidators during the cleanup of the area, or by children and school staff before being discarded. I have heard from friends here in Ukraine that schools would perform regular disaster drills, including students putting on gas masks.) 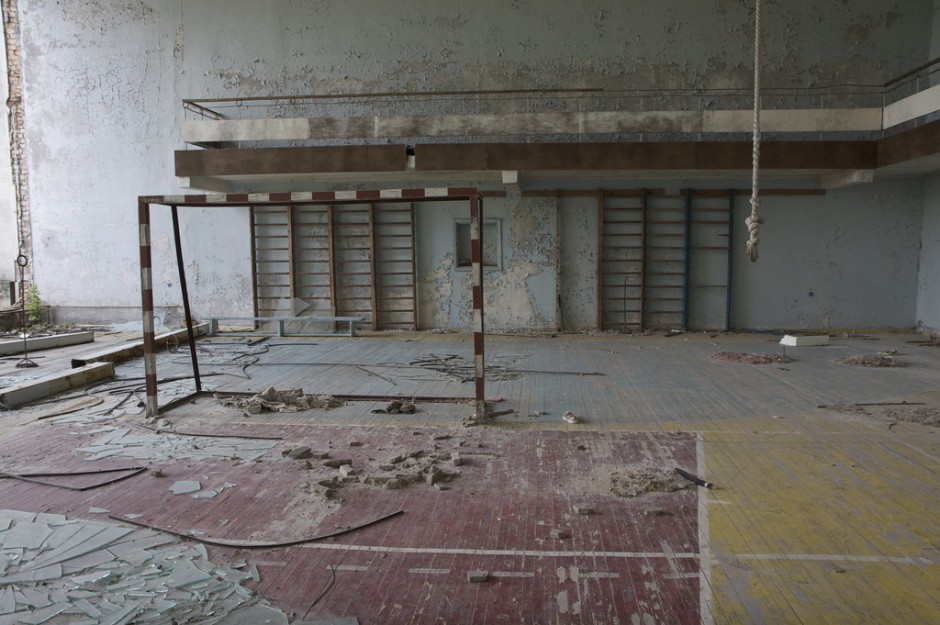 Inside the gymnasium a football goal and climbing rope sit untouched. 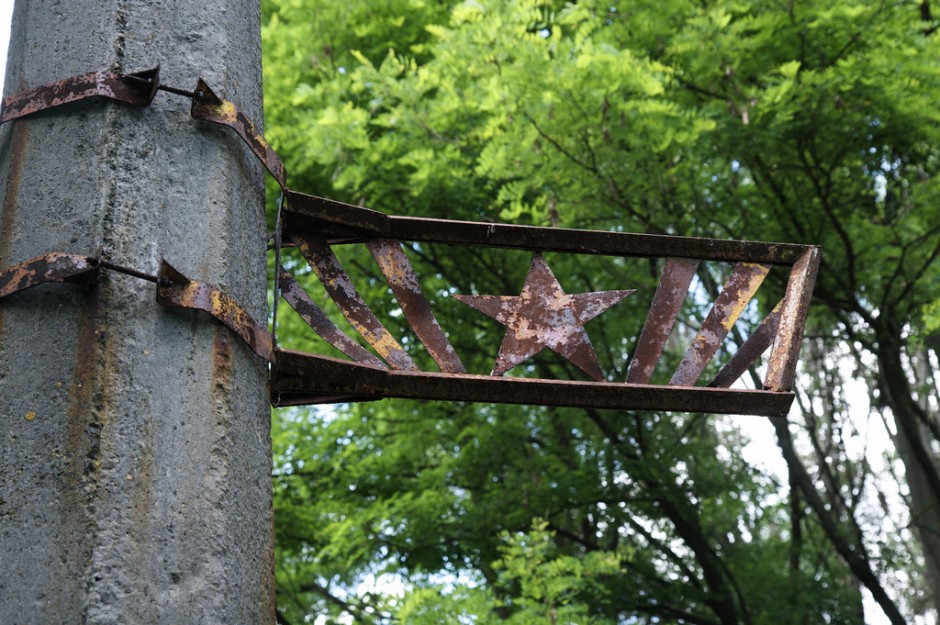 A rusted sign still hangs from a lamppost on what was the main street of Pripyat. 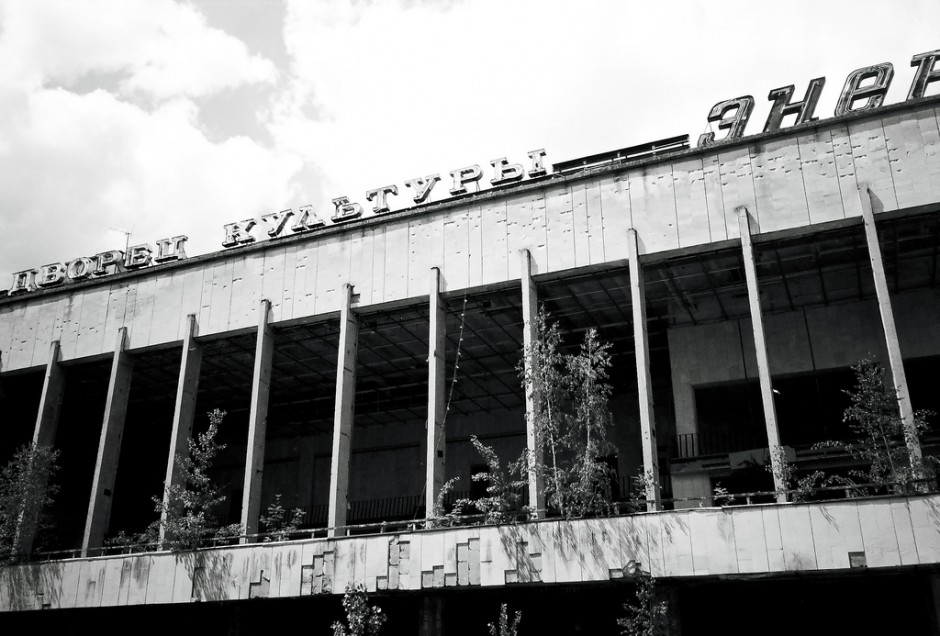 Pripyat's palace of culture, or community center, near the city's main square. Twenty-five years later, nature has taken over the city. 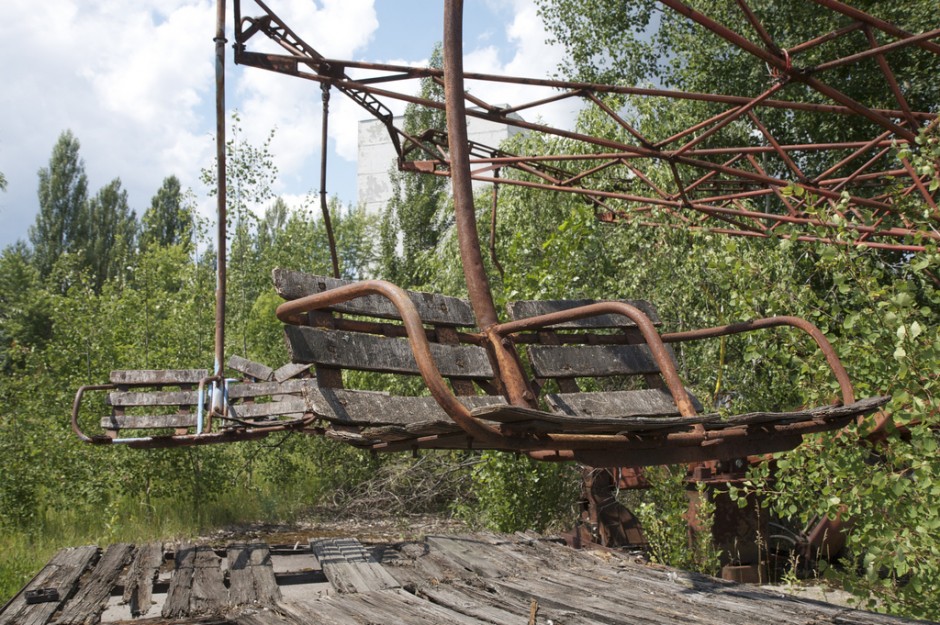 A new amusement park was set to open on May 1, 1986, as part of the city's May Day celebration. The town was evacuated during the three days following the disaster on April 26, and the park was never used. 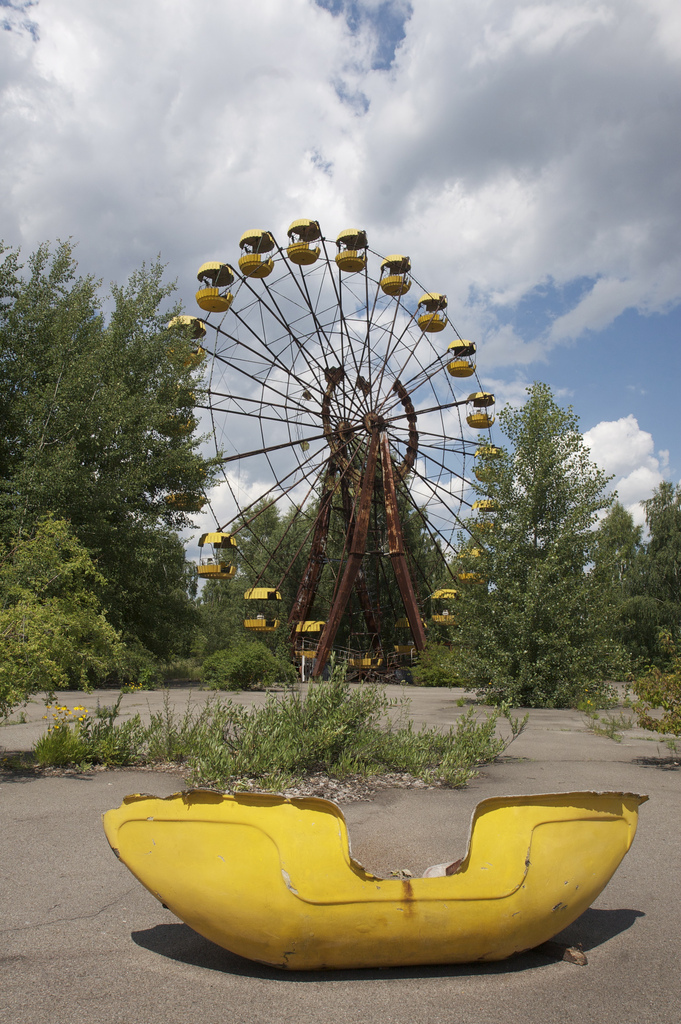 The amusement park's ferris wheel, the "Big Dipper," was to be the main attraction and a symbol of achievement. Instead, it was never used, but now stands as a reminder of the world's worst nuclear disaster.

30 Apocalyptic Images From the Protests in Kiev, Ukraine