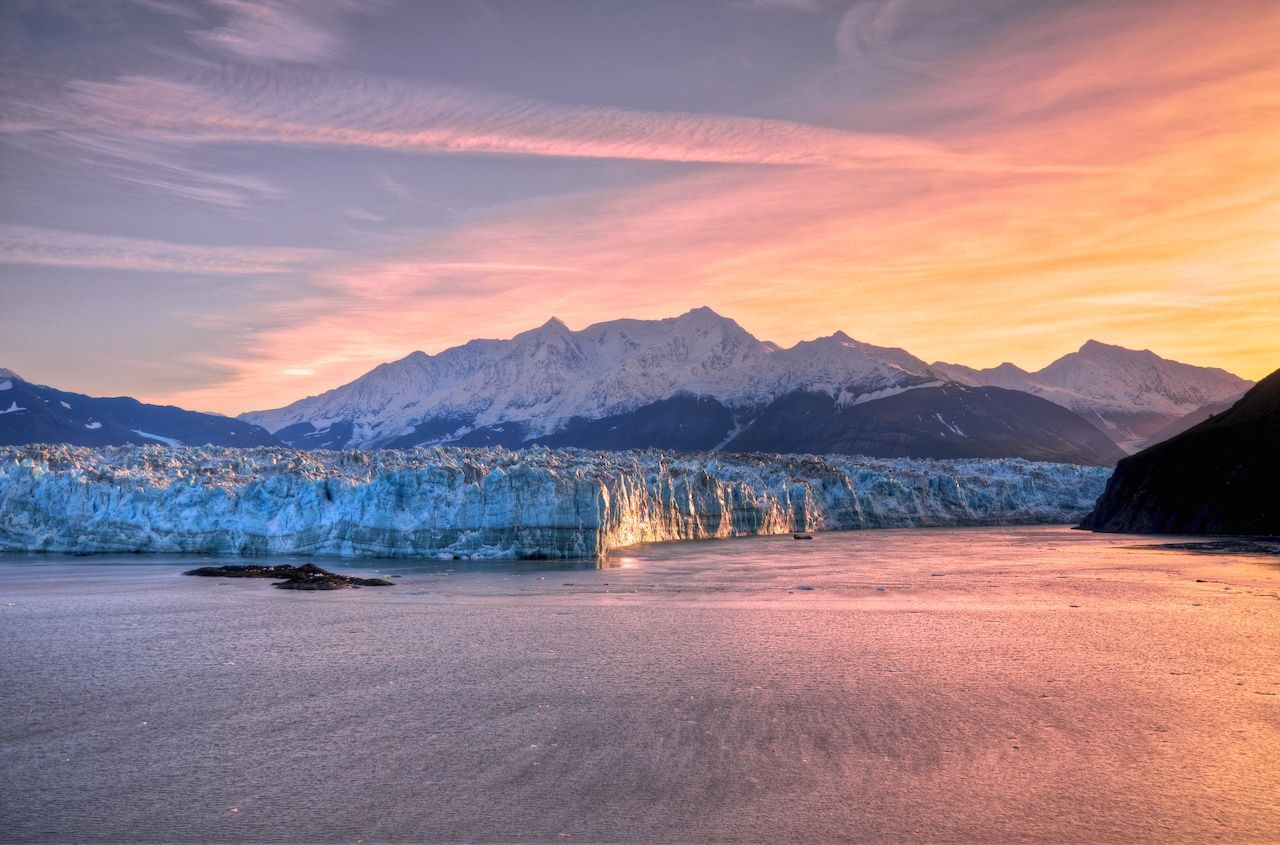 Canada counts more than 150 glaciers, including those in vast Nunavut, but most of the easiest-to-visit are located in the well-touristed Canadian Rockies, like Jasper National Park‘s Athabasca Glacier.

Athabasca creeps down from the Columbia Icefield and is reached via the Icefields Highway. Its accessibility makes it the most-visited glacier in North America. There are walking tours, as well as snow coaches.

In the U.S. Lower 48, Glacier National Park in Montana has more than 700 miles of trails through valleys that were carved by its original 150 glaciers. Unfortunately, only two dozen remain today, and those are going fast.

The United States Geological Service estimates that if current warming trends continue, by the year 2030 all the glaciers in this park will have disappeared.

Alaska‘s ice is in better shape. There’s Portage Glacier in the mountains overlooking Anchorage’s bedroom community of Girdwood, and 27-mile-long Matanuska, just a two-hour drive from Alaska’s main city on the Glenn Highway. Great views of this one on the approach.

Down towards the capital, the 1,500-sq-mile Juneau Icefield is the parent field of Mendenhall Glacier, just to the north of the city on Glacier Highway.

Mexico can’t be left out here — it has a couple clinging to the upper slopes of its taller mountains, such as Pico de Orizaba in the state of Puebla.

And then there’s Greenland. It’s got its own ice sheet, but many of the glaciers flowing out of it are far from human settlement and prohibitively expensive to visit.

The best option may be Narsarsuaq, just a few hours’ walk from the town of the same name in southern Greenland. Six-hour guided treks on the glacier itself can be arranged. 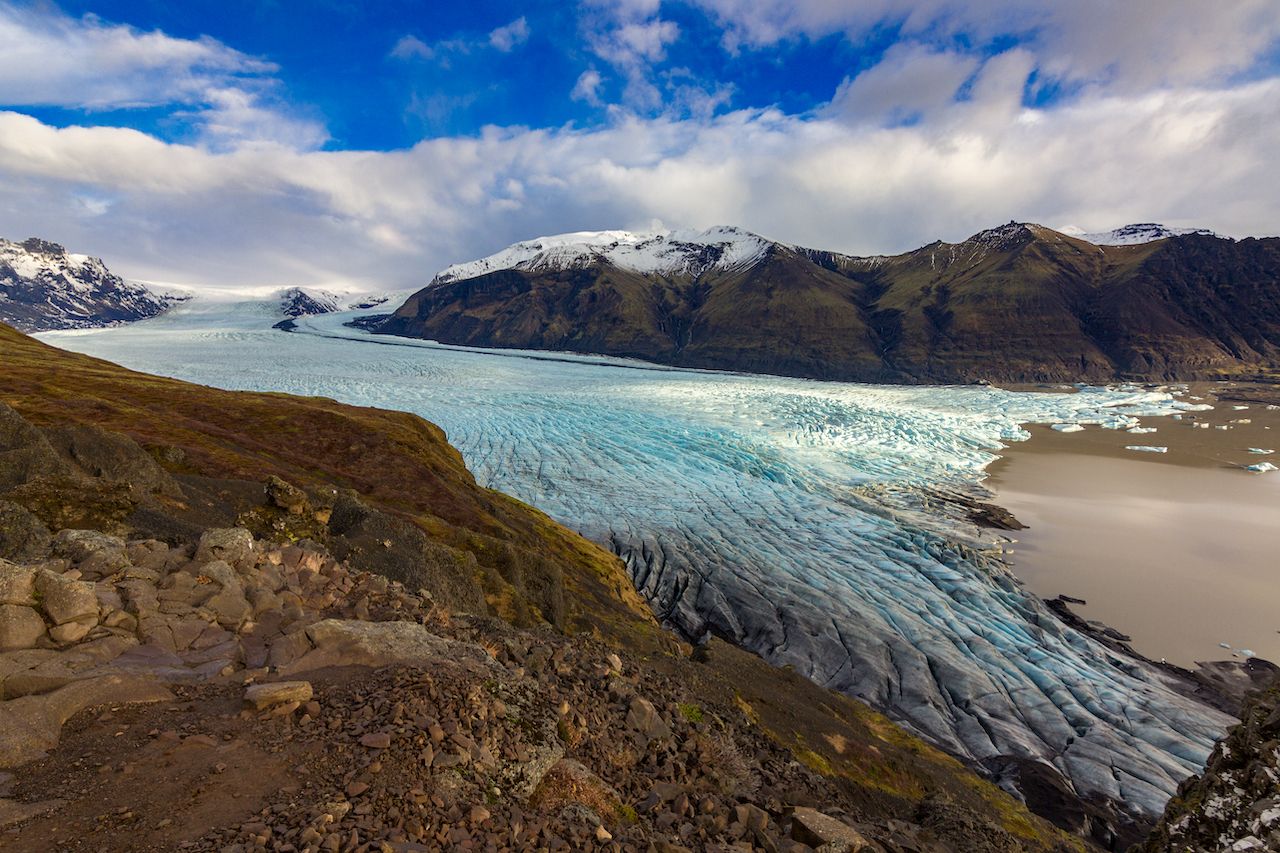 Glaciers are common in many countries in Europe, but most are found in these three:

Switzerland: The Great Aletsch Glacier is the largest in the Alps and part of the Jungfrau-Aletsch Protected Area, a UNESCO World Heritage Site.

It’s located between Berne and the canton of Valais, and there’s good access from two mountain huts, Konkordia and Hollandia. Experienced hikers with appropriate gear use these as bases for up-close visits to Great Aletsch.

Norway: Jostedal National Park surrounds the glacier of Jostedal, the largest in continental Europe. The park is seven hours from Oslo or five hours from Bergen by bus — from mid-June to mid-September, the Glacier Bus runs the route.

Other popular glaciers include Vestre Svartisen in the country’s north, known for it’s dark blue hues and which ends just 20 feet above sea level, and Folgefonna, the third-largest glacier in Norway.

Folgefonna is easily accessible, with tour companies picking up at the Bergen bus station.

These trips include a quick cruise across the fjord and 4-5 hours of ice time. For more local travel tips, check out What NOT to Do in Norway.

Iceland: Just two hours from Reykjavik, Sólheimajökull is a popular destination for tours. Plenty of folks also strap on crampons with the Icelandic Mountain Guides near a Skaftafell National Park campsite to clamber up Svínafellsjökull.

A full 8% of Iceland is covered by the massive Vatnajökull, Europe’s largest glacier. It sees plenty of visitors and can be trekked, skidoo-ed, snowmobiled, or even explored on a “superjeep-safari.” 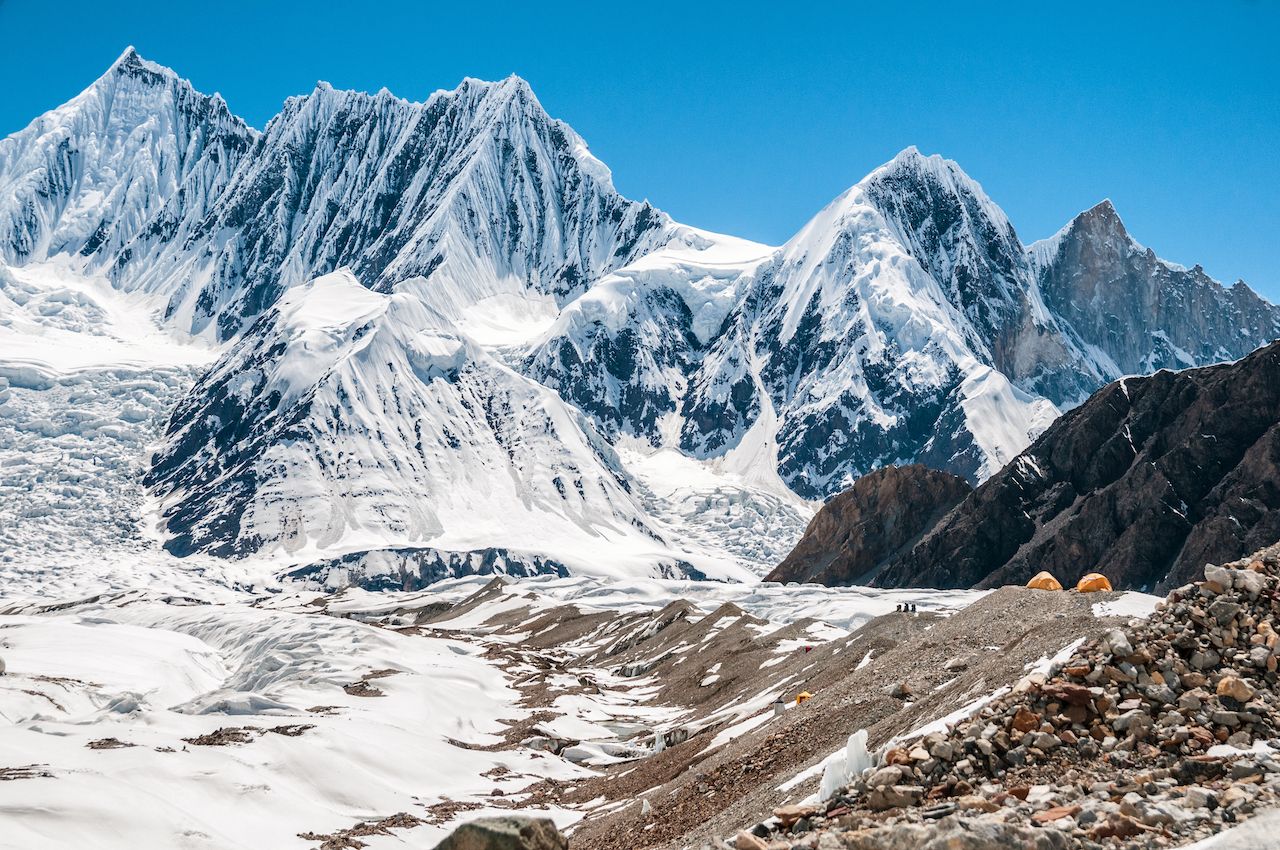 Though many Asian nations have well-developed tourism infrastructure, the majority of glaciers in India, Pakistan, China, Tibet, Nepal, Tajikistan, Mongolia, Bhutan, and Indonesia require some determination to reach.

In the Indian state of Uttarakhand, there’s Gangotri Glacier, principal source of the Ganges River and a site of Hindu pilgrimage, where the devout bathe in the icy melt.

Neighboring Pakistan has outfitters that run 2+ week trips to the Hunza Valley to hike Batura Glacier, which at more than 35 miles in length is one of the longest glaciers outside of the Arctic and Antarctic.

Baltoro Glacier is the one at the foot of K2, the second tallest mountain in the world. It remains somewhat inaccessible, for both geographic and geopolitical reasons.

Nepal has high-mountain glaciers that require numerous days of trekking to access, and which generally must be done on organized tours. Standard trips run from 10 to 28 days with varying degrees of difficulty.

Thirty percent of visitors to Nepal come for the Annapurna Circuit, which brings you to within sight of several glaciers.

The Rongbuk Glacier in the Tibetan Himalayas is traversed by hikers and climbers to gain access to Everest’s Advanced Base Camp, but otherwise is not easy to get to.

It’s the largest such park in China, with trails to the Hailuogou Glacier, a glacial lake, hot springs, Mount Gonggar, and the Grand Glacier Cascade, where glacial ice drops towards the forest below.

Make sure to check out Matador Sports editor Adam Roy’s Photo Essay: Trekking Ice in Los Glaciares National Park. Then pop over to MatadorTV, home of the best travel video on the Web, for Ice Trekking on the Perito Moreno Glacier, Patagonia.

The 20 Happiest Countries in the World, 2022
The Best Things To Do in Switzerland’s Most-Visited Regions

Make This Idyllic Mountain Inn Your Gateway To the Swiss Alps

The Importance of Loud Pakistani Women

5 Heroes Working To Empower Women Around the World

10 Things You Should Never Say To Someone From Pakistan