According to The Knot, the average wedding in the USA is sitting at about $35k. Whether that’s the norm where you live, or absurd, there’s no denying that weddings come with some hefty price tags, even “budget” ones. There’s a loophole we all know about but most don’t consider too seriously: elope. “Couples who elope to Europe spend — even at the luxury end of the scale — half of that, and often much, much less” says Maddie Mae, an adventure elopement photographer based out of Colorado. “And,” she adds, “that includes their honeymoon.” As far as where to go, “Each country in Europe has its own rules […] and some countries lend themselves to eloping more than others,” says Mae. She points out there’s also the option to do the formal paperwork in your home country, either before or after, and then the eloping comes down to the emotional aspects of reading your vows and exchanging rings, rather than legalities. Regardless, when you look at the cost of a wedding these days, consider what you could get even if you went all out on flights, photographers, a romantic set up, dinners, and a posh hotel… it’s worth mulling over. While you do that, let me tempt you further with 17 jaw-dropping photos of elopements across Europe. Ready to run away? 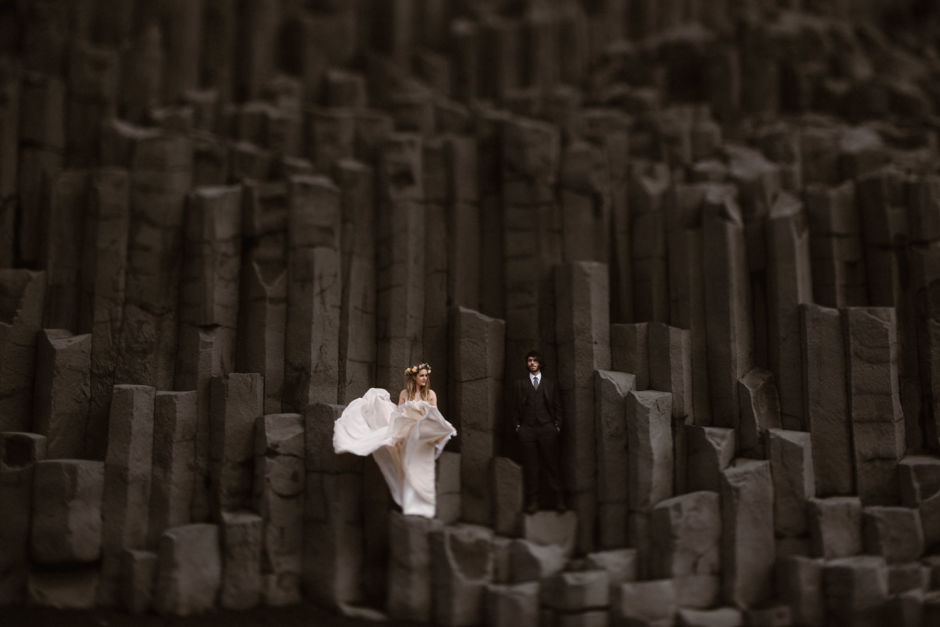 Reynisfjara Beach is a black beach in Iceland. You can't get much cooler than that. Oh wait - yes you can. The basalt columns rocketing out of the beach should do the trick!
Photo: Maddie Mae 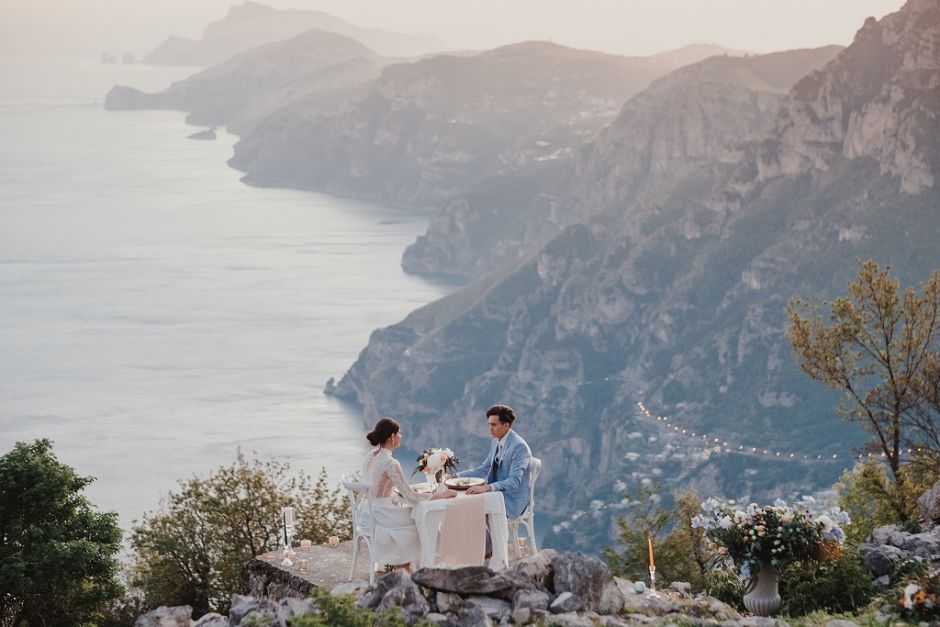 Ah, the Amalfi Coast! Between the vino, the cobbled streets, the candlelit dinners, and the incredible coastline, Italy is a dream for many. So, do it already!
Photo: Tara Lilly 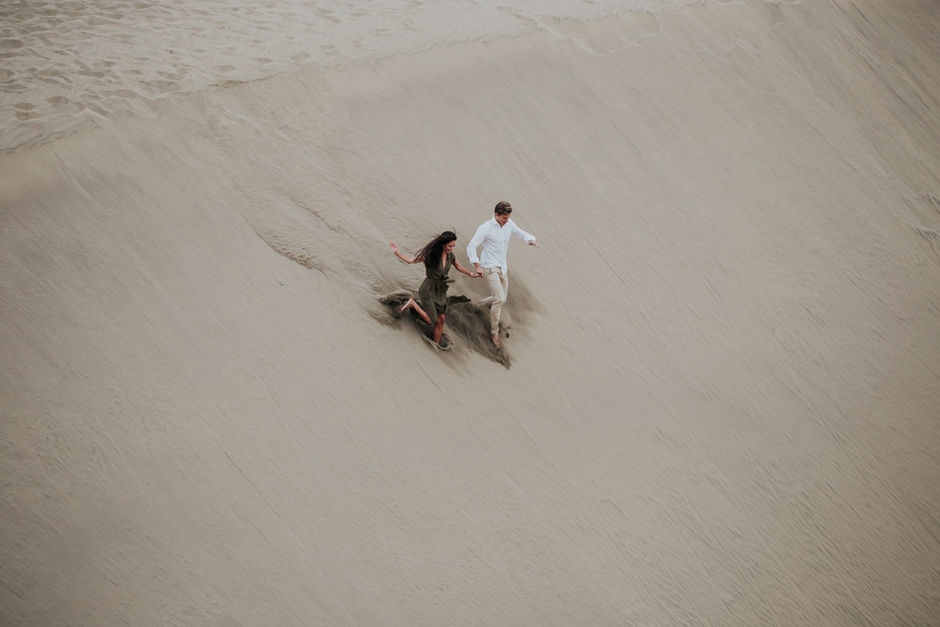 Anywhere in mainland Spain would also be epic, but this moment is brought to you by Gran Canaria. You can get there with many major (and minor) Europe airlines, like Ryan Air or Easy Jet.
Photo: Maria Kania 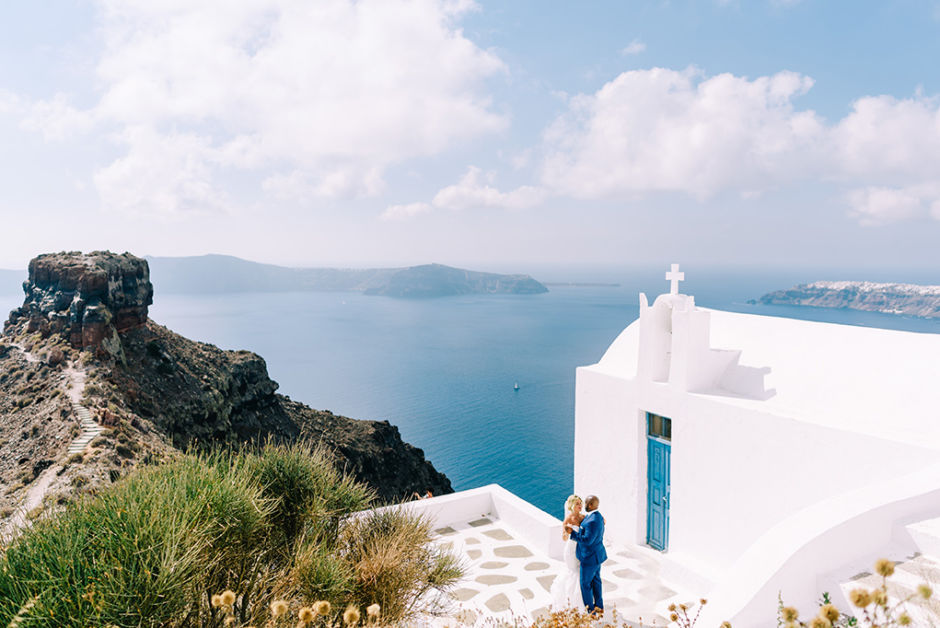 Santorini, because it would be like getting married inside a picture-perfect postcard.
Photo: Elias Kordelakos 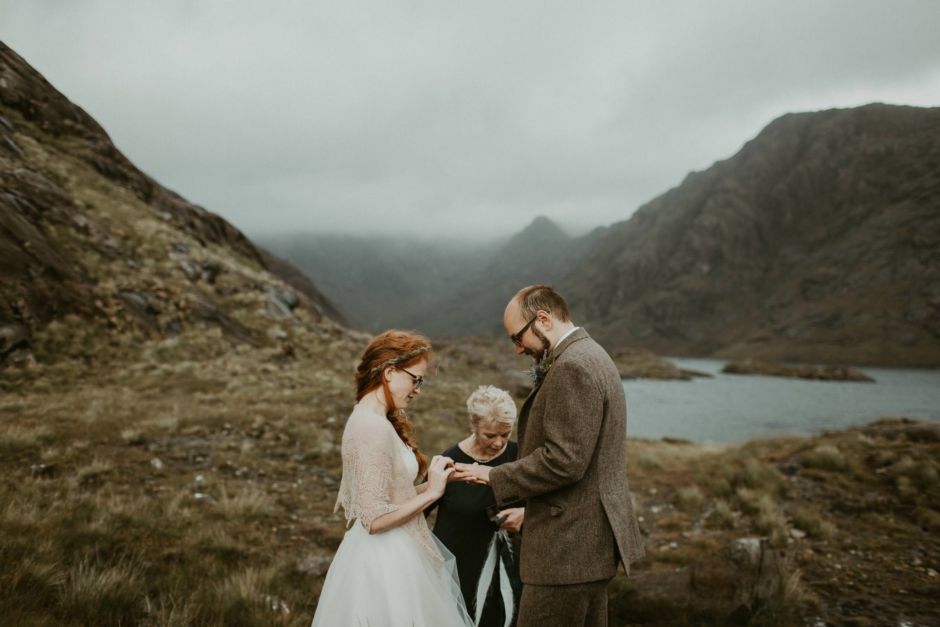 Scotland's Isle of Skye is rugged, windswept, and wild. It's also home to just 10,000 people so if you want to feel like the only two people on Earth, this could be the right place.
Photo: The Hendrys 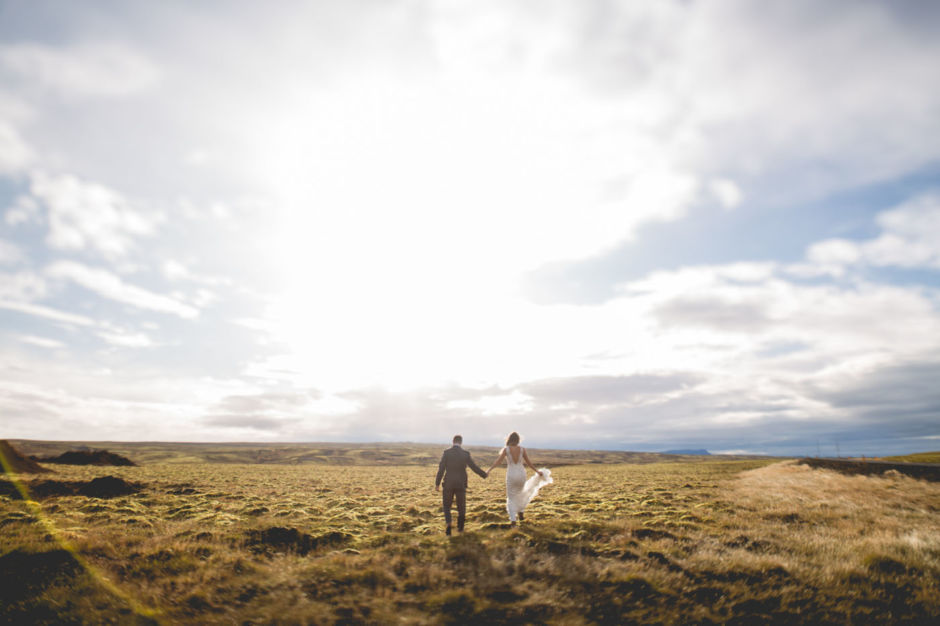 Photographer Daniela Dawson captured this New England, USA couple tying the knot in Iceland. They said "Ég geri það" ("I do") at a remote waterfall and then ran across fields under the sun. When the sun did set they were treated to the Northern Lights. Take that, sparkler send off!
Photo: Daniela Dawson 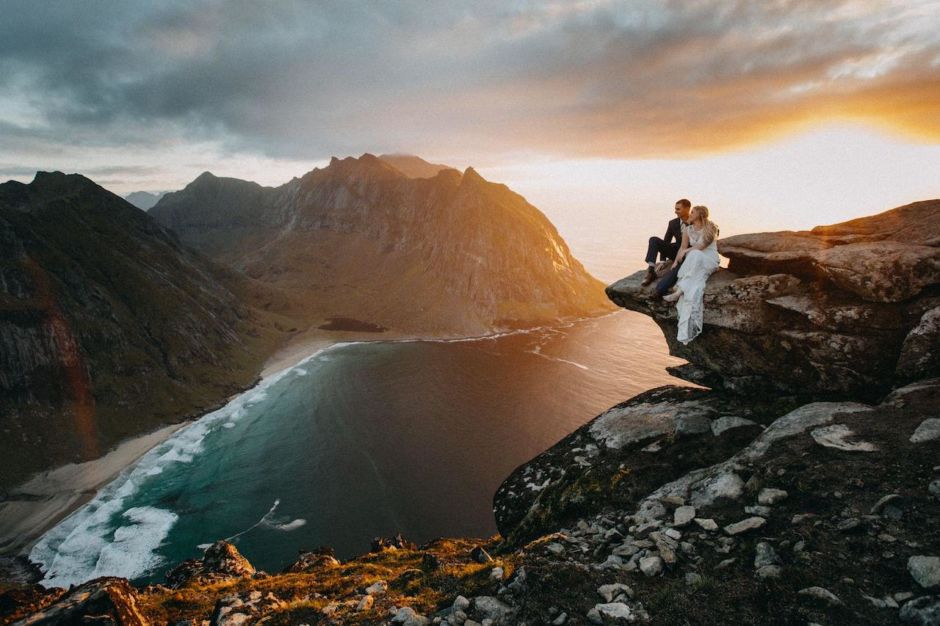 I mean, come on! Have you ever seen a wedding photo rival something as dramatic as this?
Photo: Christine Eide 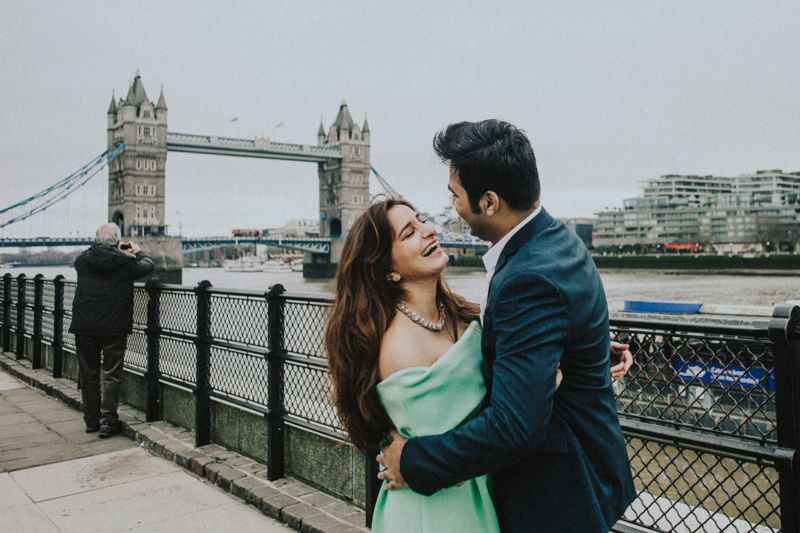 It's London; it's like the center of the universe. So, say your vows in the middle of it all.
Photo: Elianos Photography 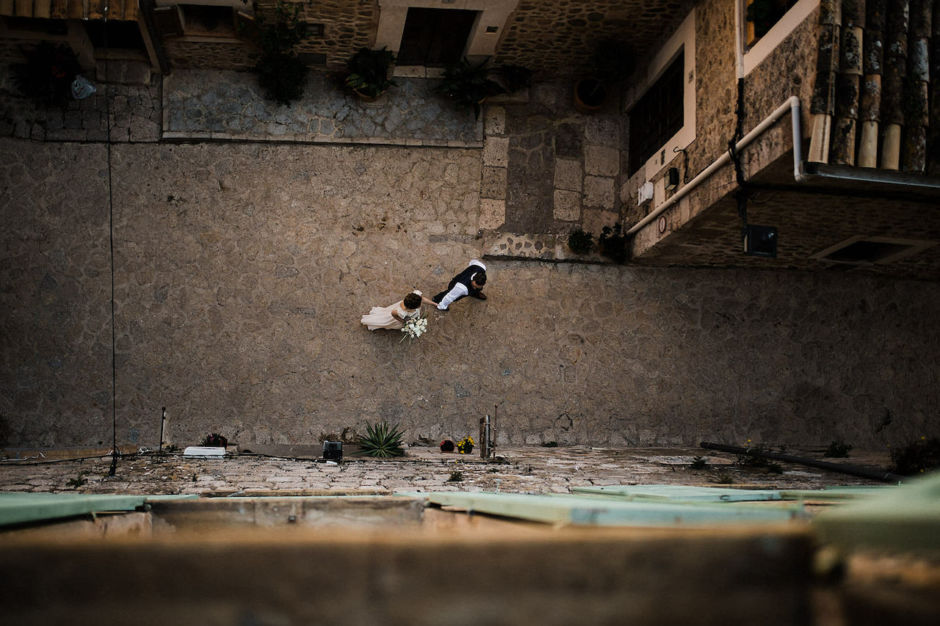 Yes, another one from Spain. Some countries just have that "let's run away together" vibe, what can we say.
Photo: Per Henning 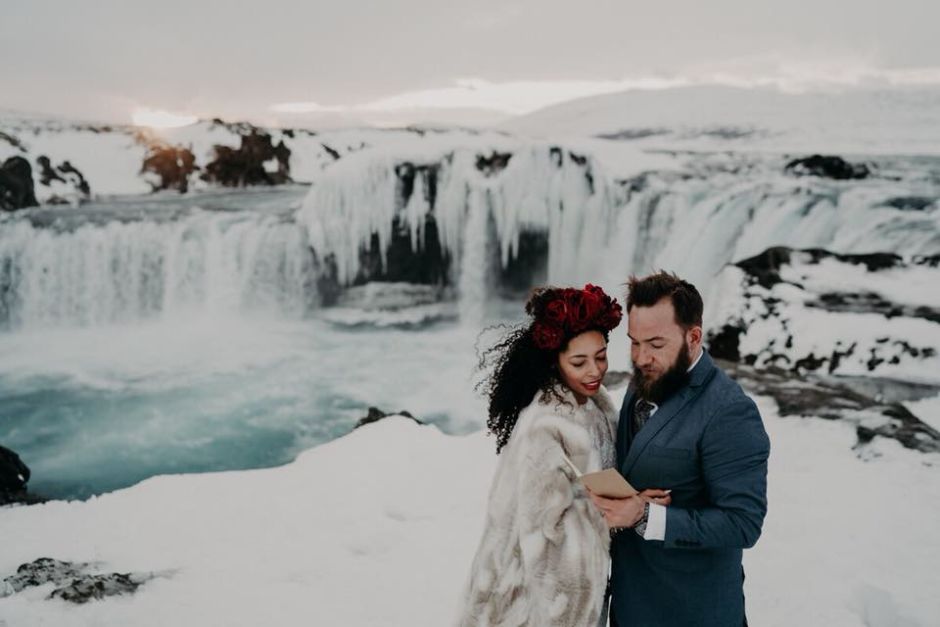 Because there is just no shortage of epic places in Iceland to begin your life together.
Photo: The Quirky 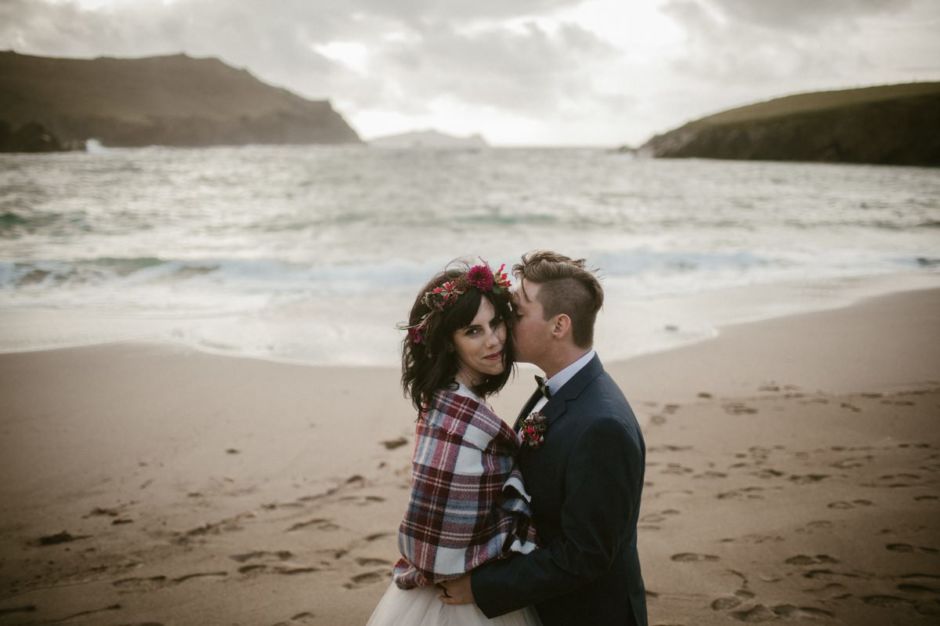 This couple said their hand-written vows to each other on the slopes of Dingle.
Photo: White Cat Studio 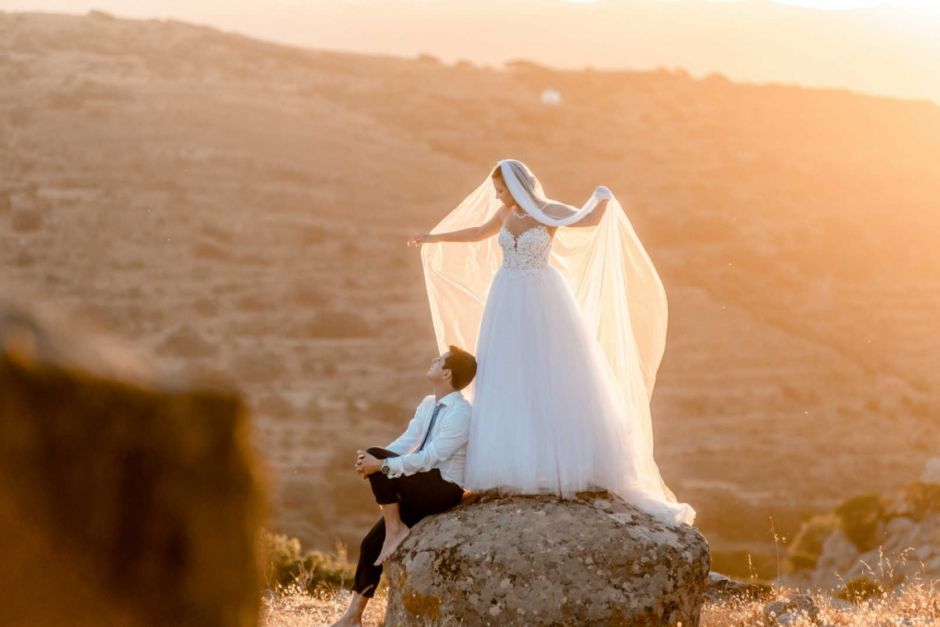 Tinos, to be exact. That golden light at the end of the day is particularly hazy and glorious in Greece.
Photo: Arte Cinematica 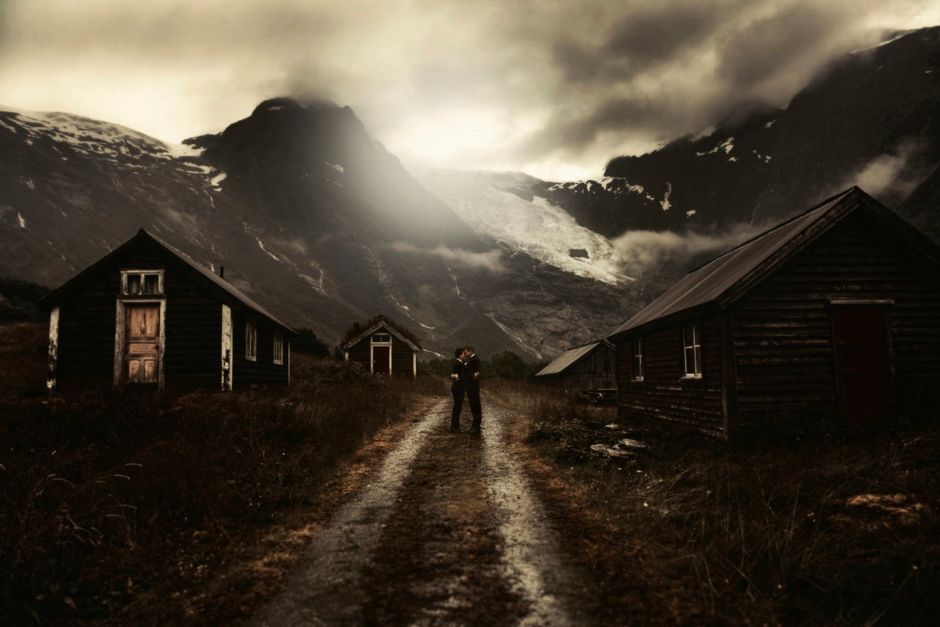 Say yes to the love of your life in Fjærland, a region of Norway carved by glaciers for all your dramatic needs.
Photo: Froydis Geuthis Photography 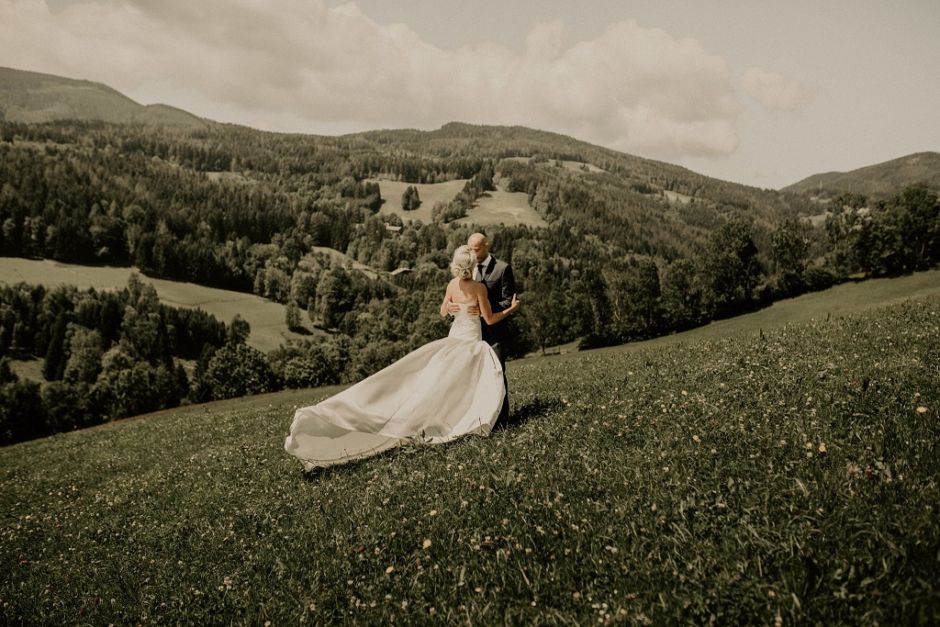 This is the part where I am required to say "The hills are alive." But really, look at those hills. They are. Austria is filled with dramatic viewpoints, soaring mountains, rolling hills, and everything else you need to make your own fairytale a reality.
Photo: You and Me Fotographie 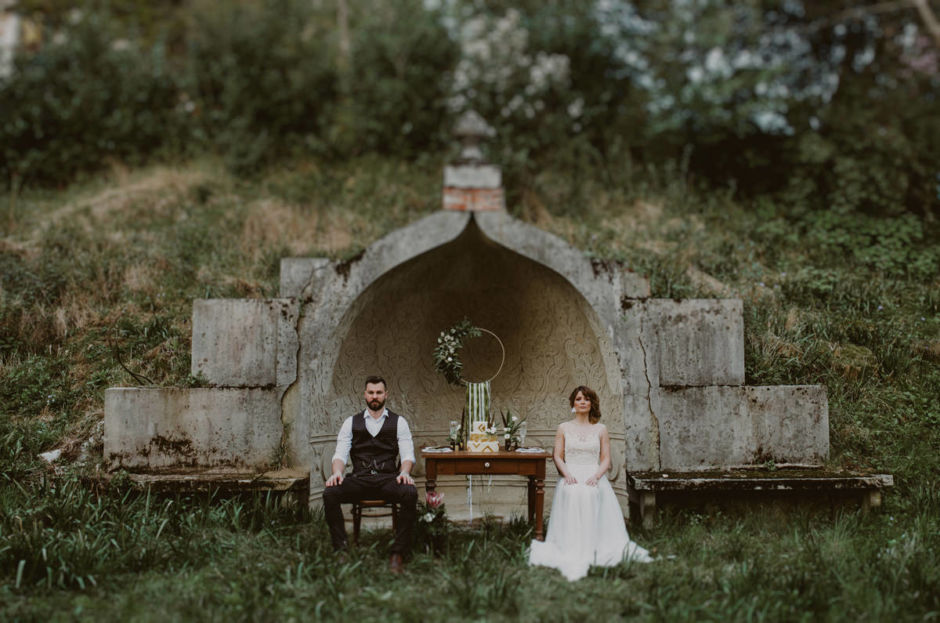 How about Nova Gorica in Western Slovenia? These two had a boho vibe going at Villa Rafut, an Arabic-influenced building slightly overgrown by nature.
Photo: Nejc Bole 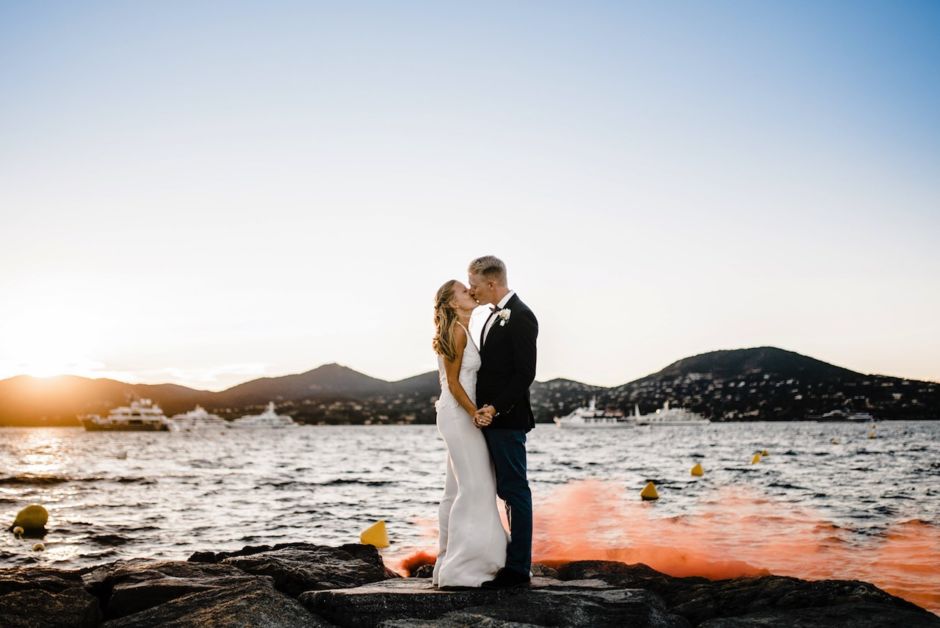 This couple went high-brow and eloped in Saint Tropez, in the French Riviera. A little smoke bomb for flare never hurt anyone either.
Photo: Israel Baldago 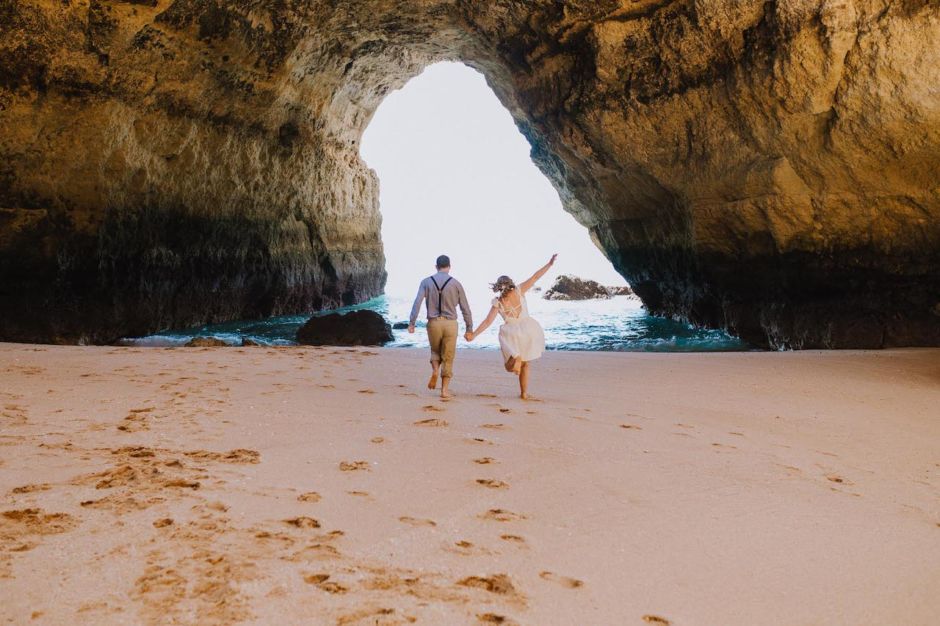 This couple ran away to the Algarve in southern Portugal to get married among the carved out rocks and with sand between their toes. Rightly so. Did we convince you to run away yet?
Photo: Chelsea Warren

RomanceEloping in the USA Is Epic, Romantic, and Wild. These Images Prove It.
Tagged
Galleries Europe
What did you think of this story?
Meh
Good
Awesome