But I get people’s reservations: the uprising of 2011, the riots of 2014, again in 2017, and this week’s horrific bombing of a Sufi mosque that left 300 dead and injured over 100. Not only is this attack the worst in modern Egyptian times, but they are dealing with the ongoing issues with President Abdel Fattah al-Sisi, who gained power by military coup in 2013, who seems to be going after the rights of women, the LGBT, and more.

Each time Egypt hits the news I feel this pang in my chest, because I know it means fewer tourists, less income from those relying on tourism, and more fear. Worst of all, it means the radiant people I met in Egypt are suffering. I spent a week in Cairo, that’s all. But that’s all it took for me to fall in love. 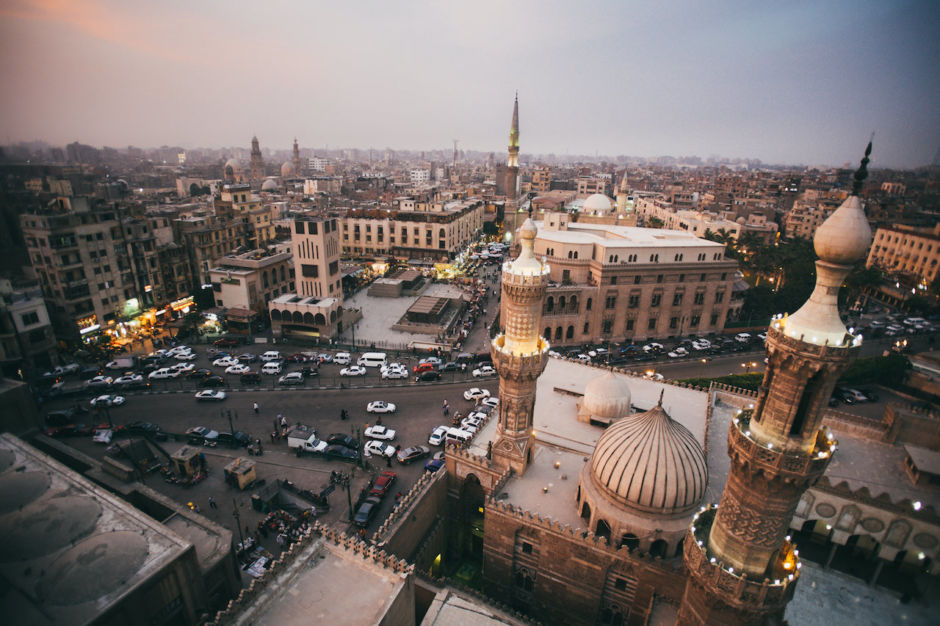 Egypt, you engulfed me. Your streets and people were like a warm blanket.

I never felt unsafe with you. Even in the chaos of the city, I only felt welcomed, if not uplifted, like some kind of honored guest. The honor was mine. 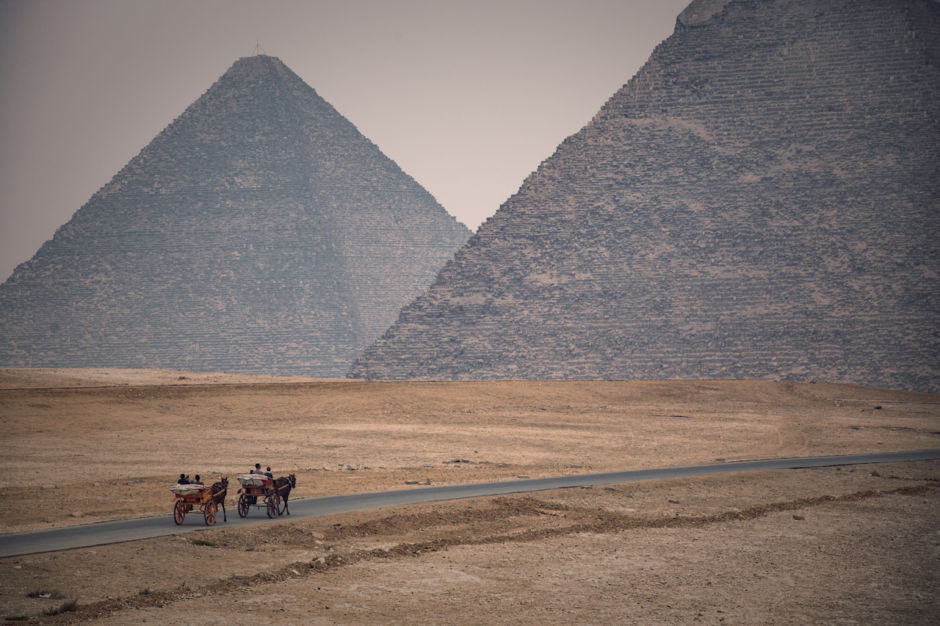 Your scale was grander than I'd ever imagined; pyramids towered into the sky and tombs burrowed below.

I'd imagined the pyramids since my childhood. I'd run my fingers across the pages of Nat Geo Kids and fell asleep reading about King Tut. Yet, I felt unprepared for the sheer size of the history here. 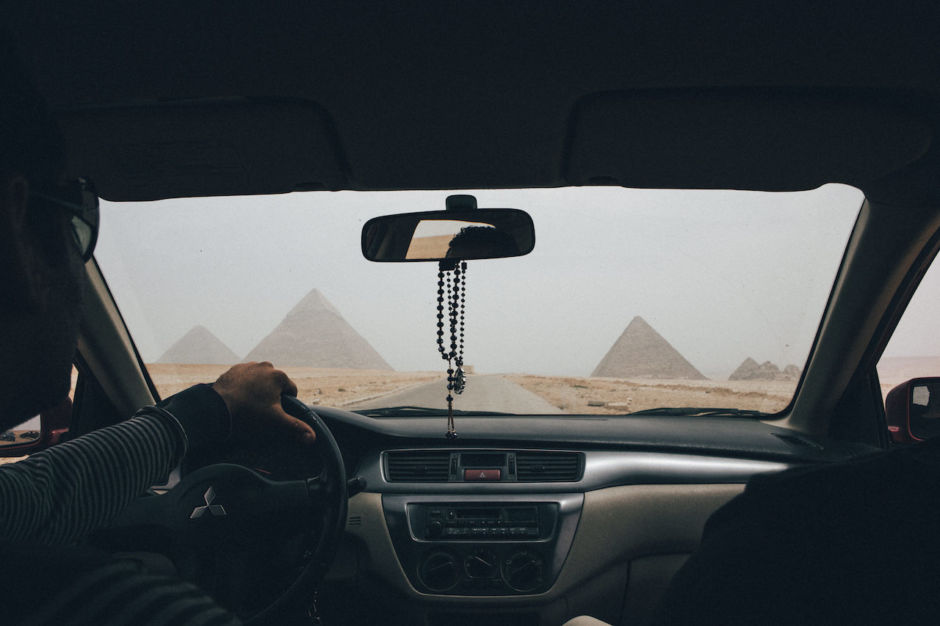 Adventure was thick. You could taste it in the air.

When this is out your window, the energy is electric. 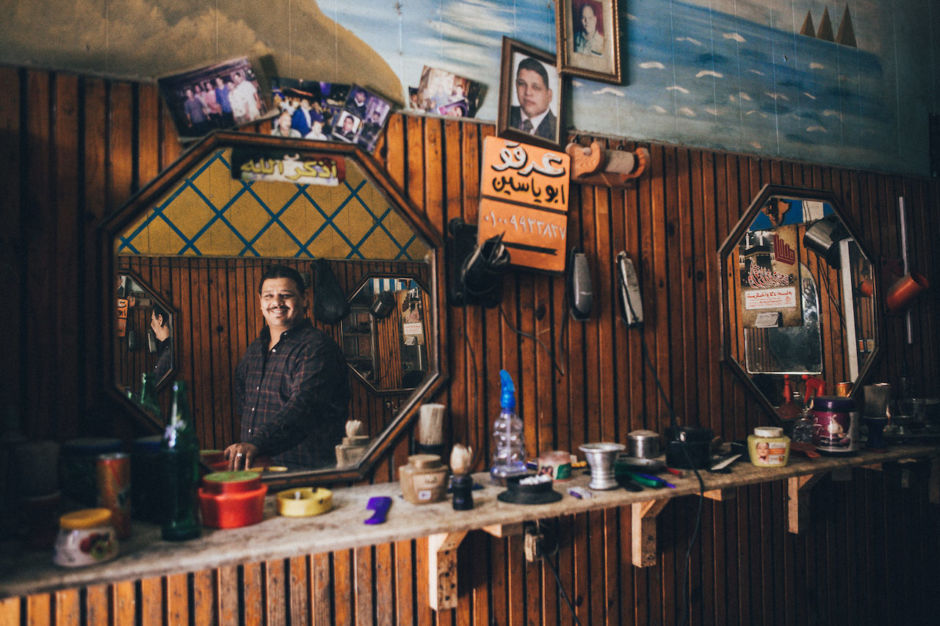 Egypt, your people took me in.

Come for tea, they said. Come for dinner. Come, meet my children. Come, have a seat. Come. 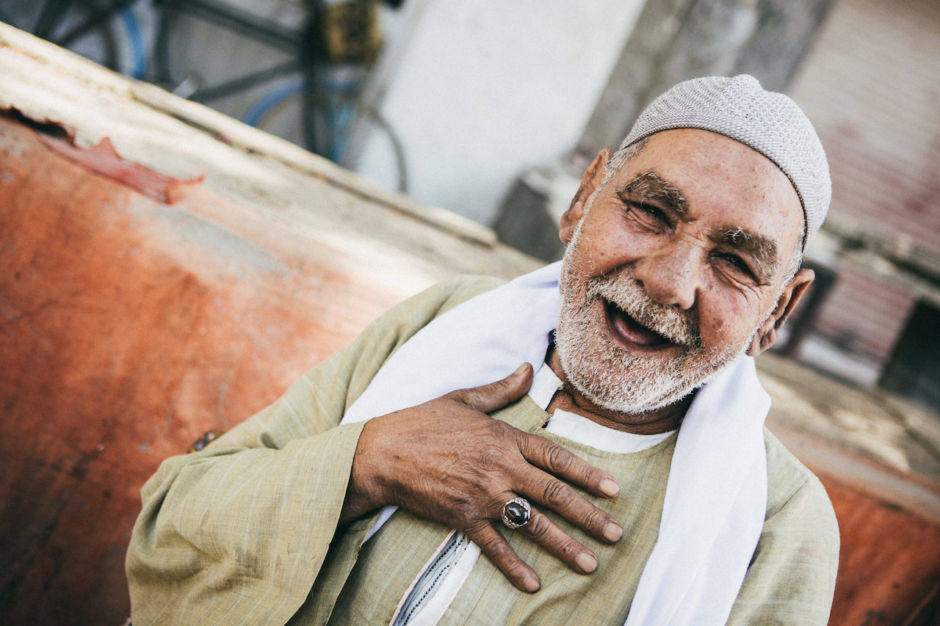 I'll admit there were a few frustrating moments of unwanted attention. While I didn't necessarily feel unsafe, it helped that each time some locals would step up alongside me, immediately and without hesitation, shaming the little boys who touched my backside and giggled or scolding the cat-calling men. 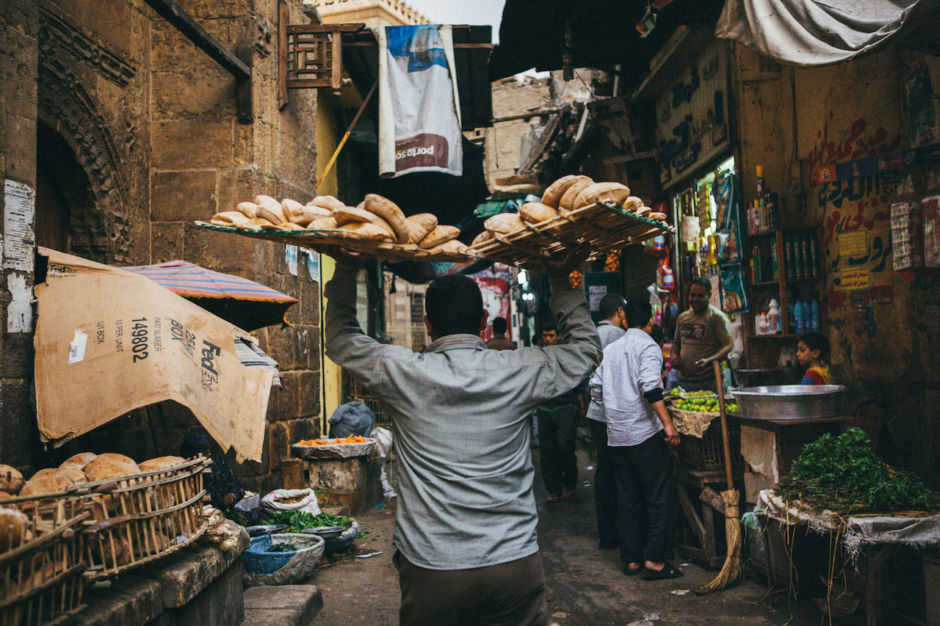 Your streets were thumping with life. Everything was on the move.

As if the streets were arteries and the people were the blood, everything was pumping and funneling to another part of the city. 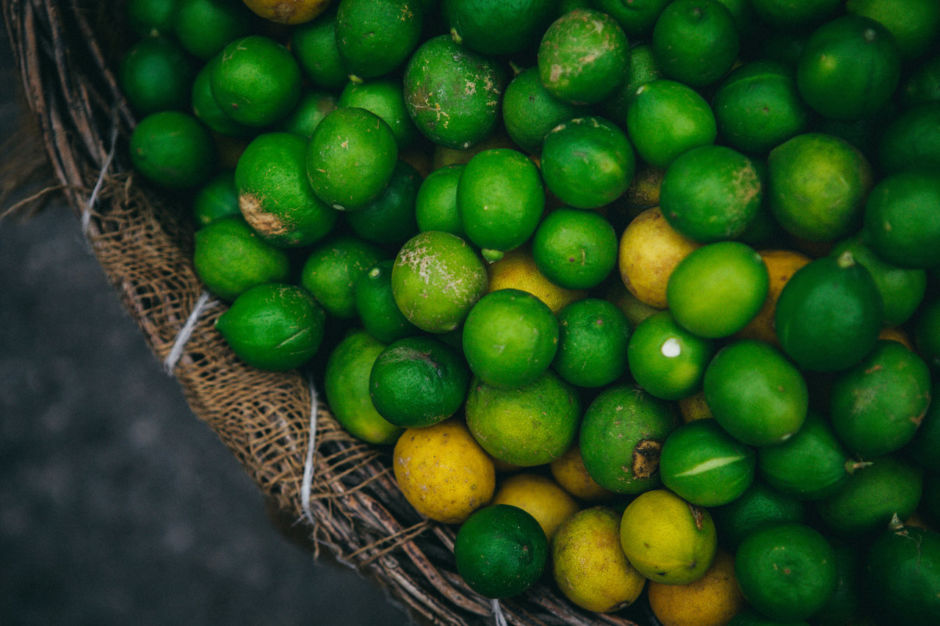 Your markets were flooded with color. 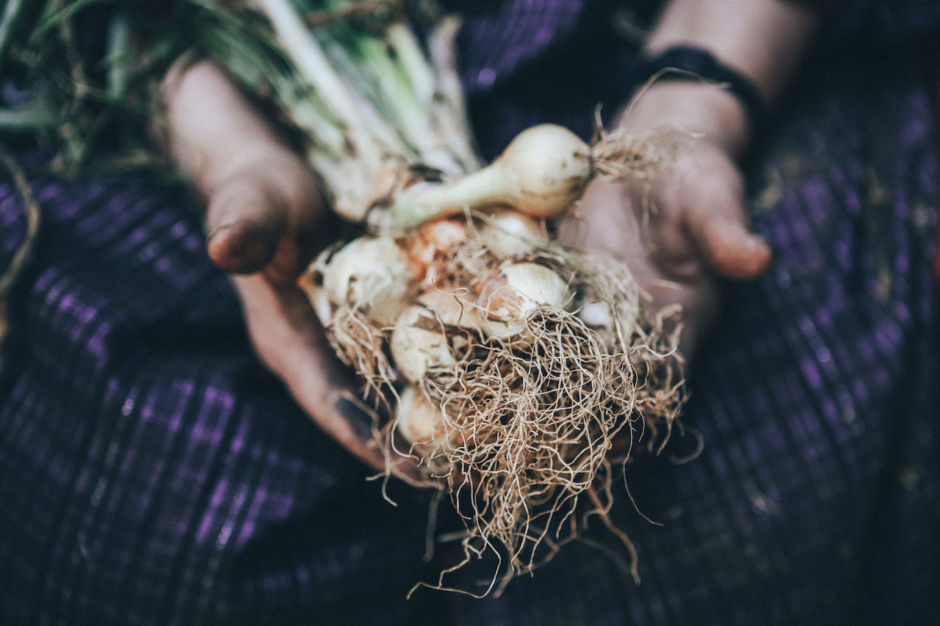 Your food was lush, and rich with flavor.

Everything was plump, ready, fresh: baskets of produce brimming over; the scent of freshly roasted coffee wafting the air; hummus sent from heaven, bread straight from the brick oven. I ate my way through the journey and rightly so. 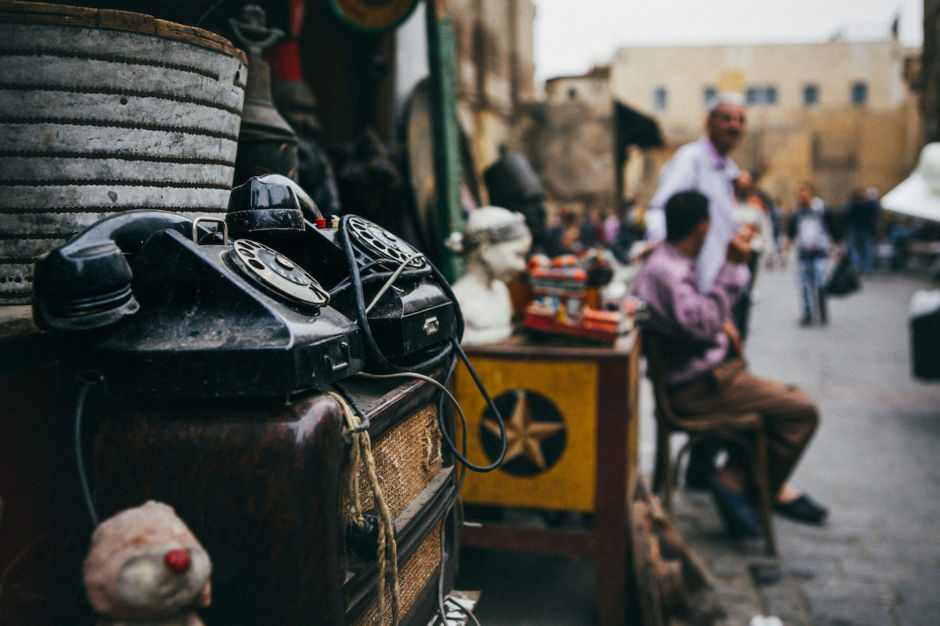 Egypt, I ached for your antiques.

Your history was not just pharaohs long ago but remnants of the last 100 years, too. Everywhere had touches of the 20s, the 30s, the 40s. A living museum, as we walked. 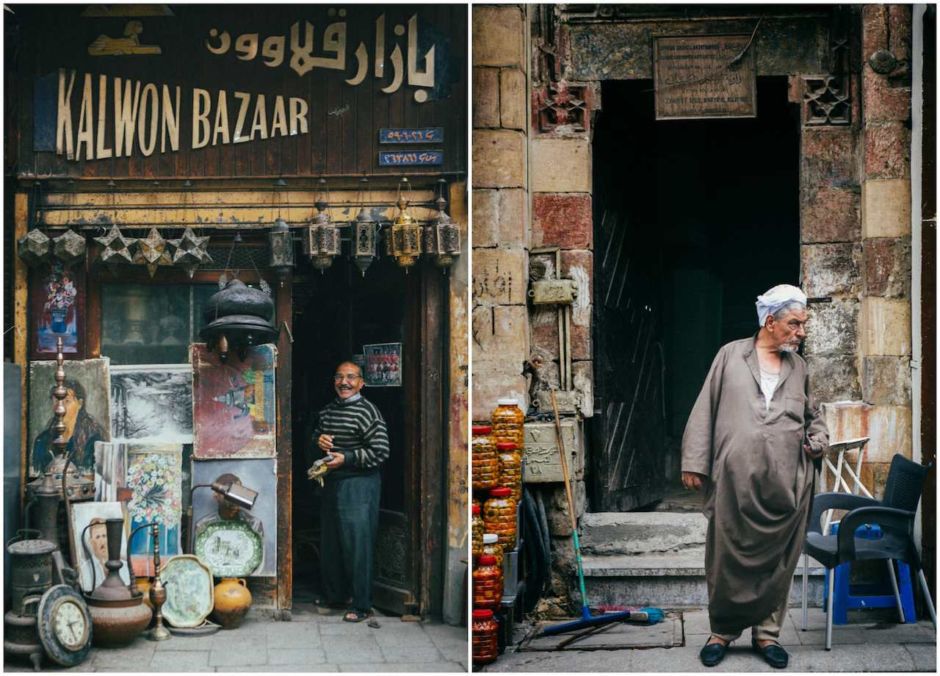 Your doorways were always full. Life happened outside, in the streets, bubbling over.

Salam! Welcome to Egypt! A refrain around every corner. 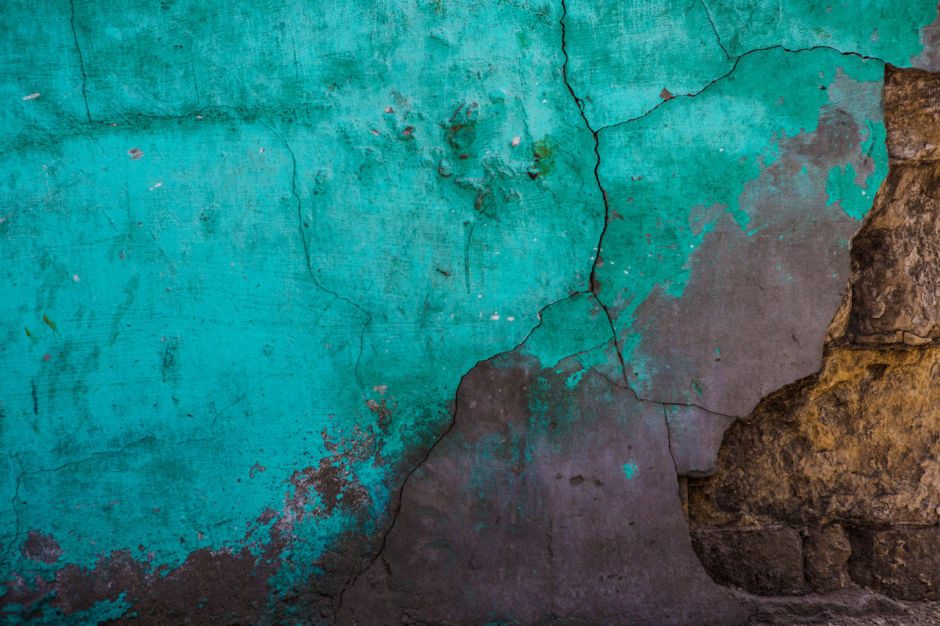 Your colors and textures are burned into my memory.

Cyans, magentas, rust orange. I see them in my sleep. 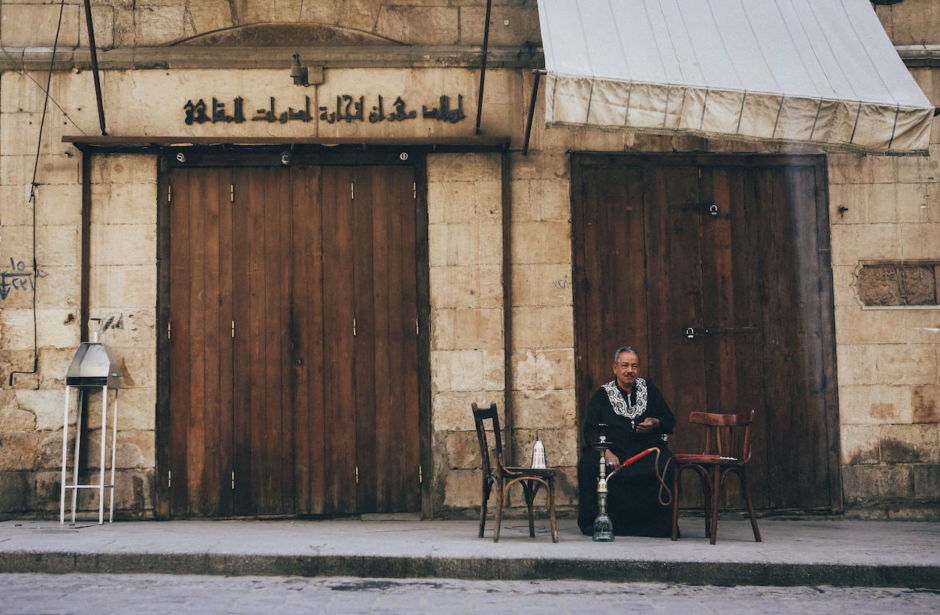 Around each corner was another perfect scene. 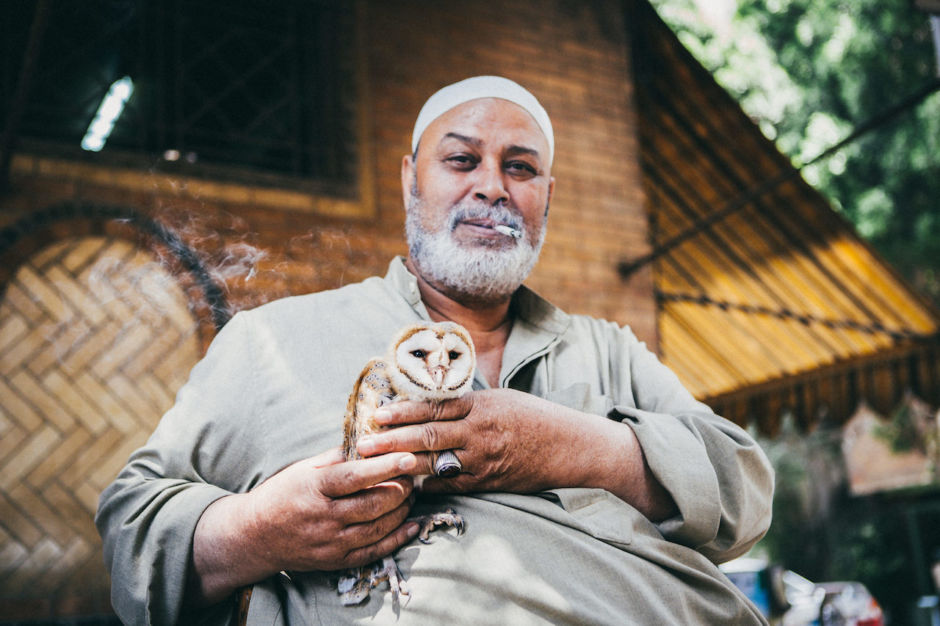 You never stopped surprising me.

For where else could I have found a smiling old man, with his pet owl, taking his afternoon shisha? 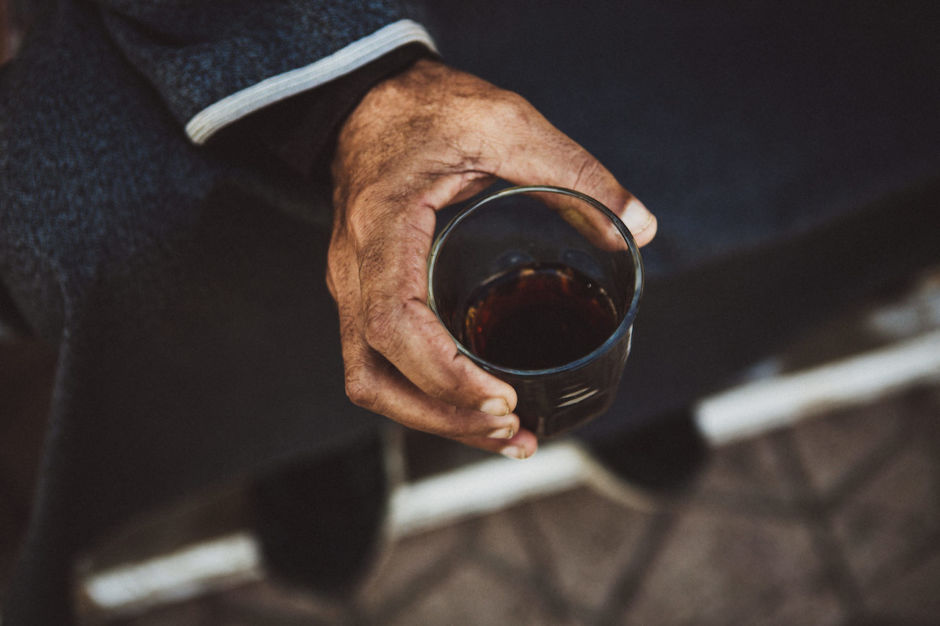 Egypt, I still taste the peppermint.

It permeated the days: for breakfast, for lunch, before a meal, after a meal. Sweet mint tea marked the passing of the day. 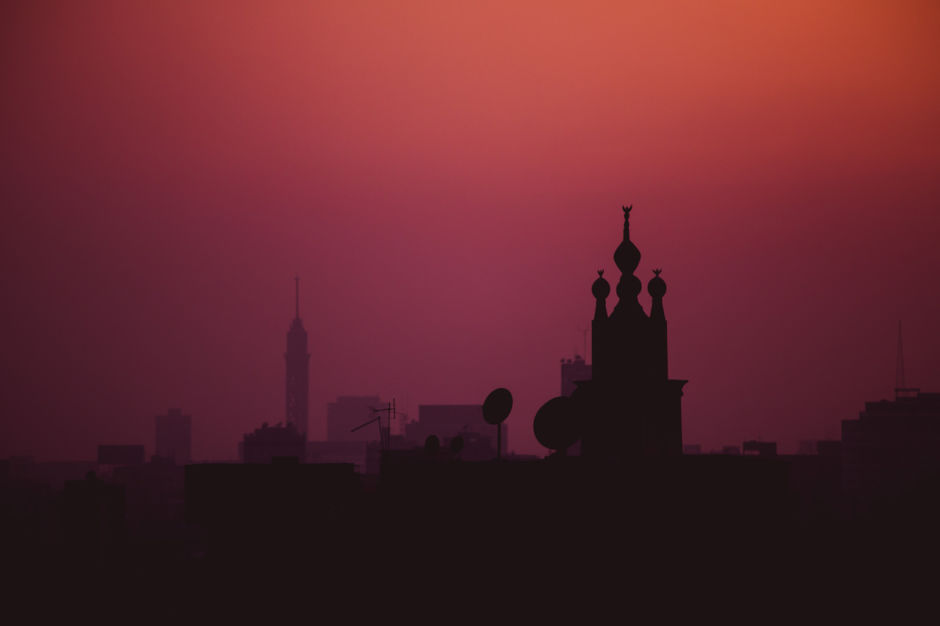 Egypt, your sunsets were unparalleled.

The haze turned to pink fire each night. 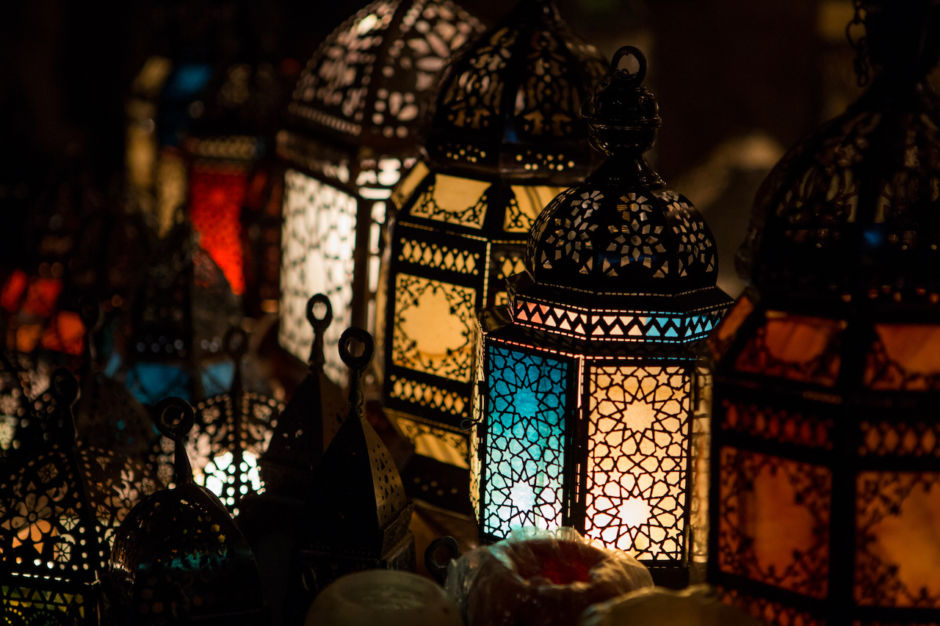 And after dark, you lit up again.

Twinkling lights and lanterns, the glow of hookah bars, the mosques blazing orange like a beacon. 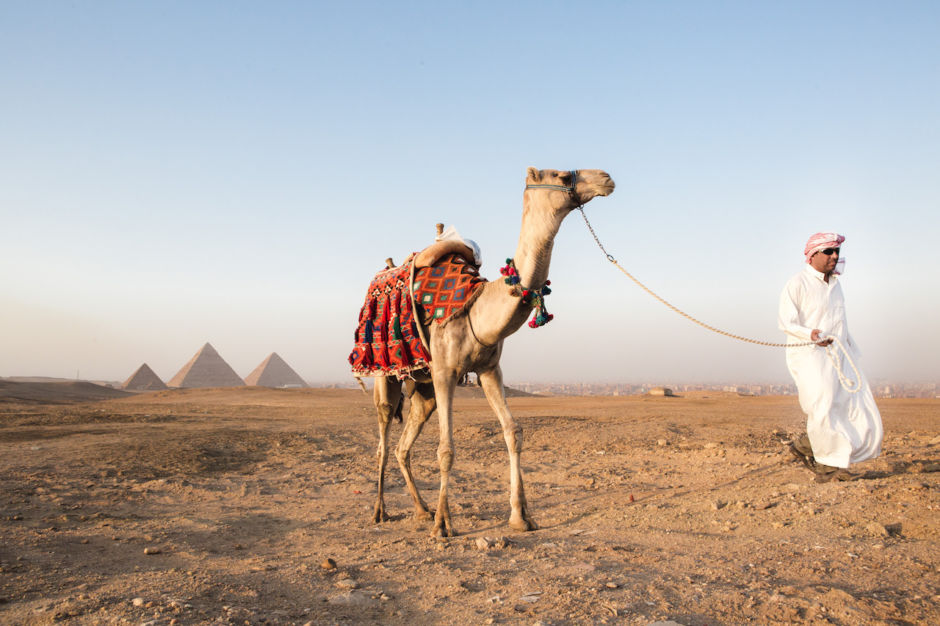 The pyramids never ceased to amaze.

Day after day, they only grew more amazing to see, to touch, to watch. At night, when I couldn't sleep, I'd stand on the rooftop deck and stare into the abyss, knowing they were out there. 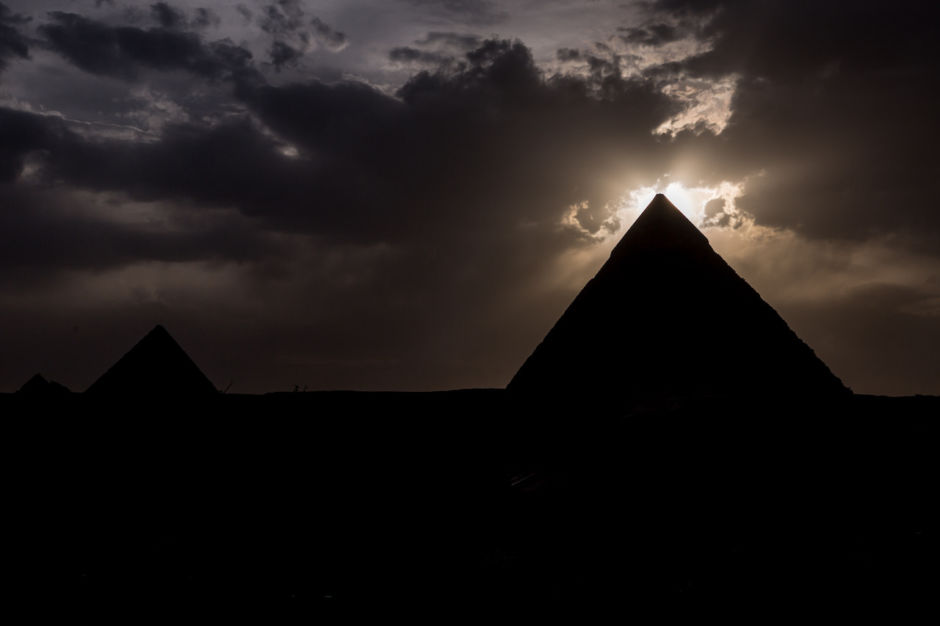 And the mystery of them returned home with me.

No matter how much I learned, all the plaques and guides in the world couldn't undo the weight of mystery I felt standing there. 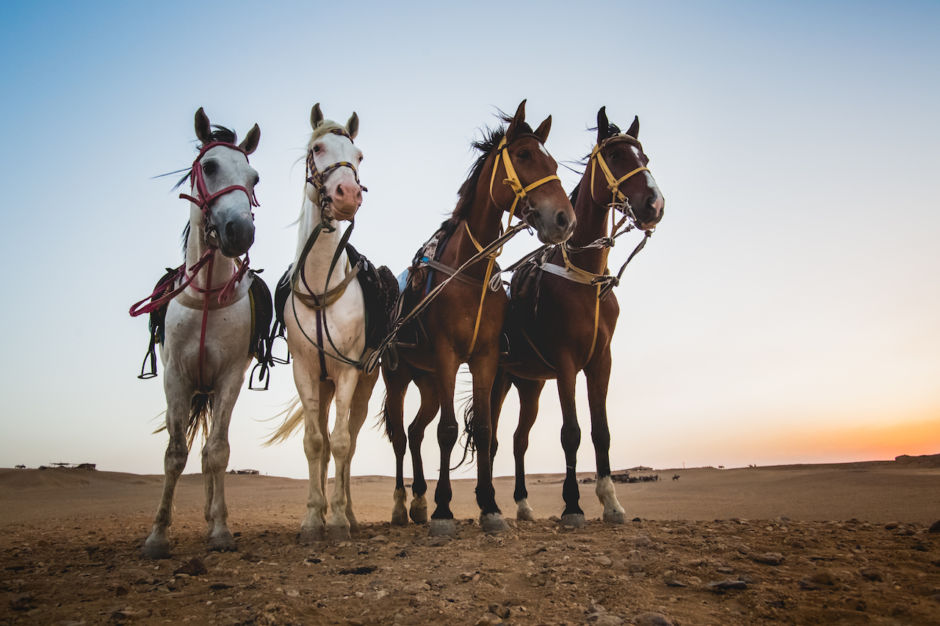 Egypt, I miss you. You are so much more than I expected. I hope you get well soon.

Photo + Video + FilmWATCH: 48 Hours in Egypt (and a Marriage Proposal)
Tagged
Galleries Egypt
What did you think of this story?
Meh
Good
Awesome

May 28, 2021 Janaína Colomba
✖
travelstoke
Download the mobile app
stoked by