I visited Salvation Mountain not knowing a whole lot about it. I had seen pictures and so I knew it was a colorful mountain in the middle of the desert, with religious phrases written all over. I left realizing that it was, above all, an incredible work of art. Leonard Knight spent decades building this mountain in the middle of southern California. It was his calling in life to build one of the most unique monuments to God. 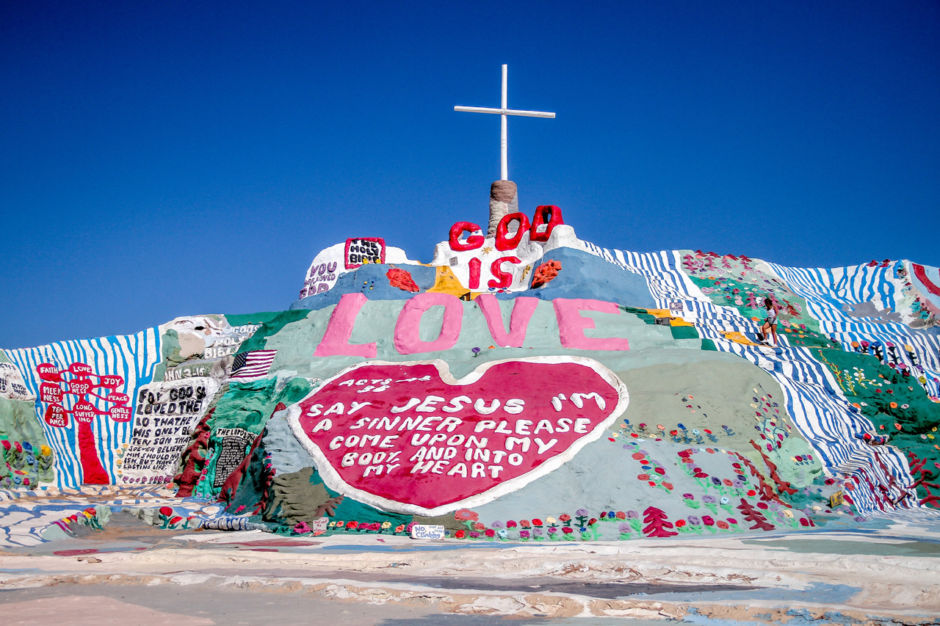 As I walked up to the mountain, the first thing I thought was, “Wow, this is way bigger than it looks in the photos.” The mountain itself is actually five stories high. I wondered what actually filled the mountain, as there's not a whole lot of building materials in the middle of the desert. An information pamphlet later told me it was mostly a mixture of adobe clay and straw, which I thought was very impressive. 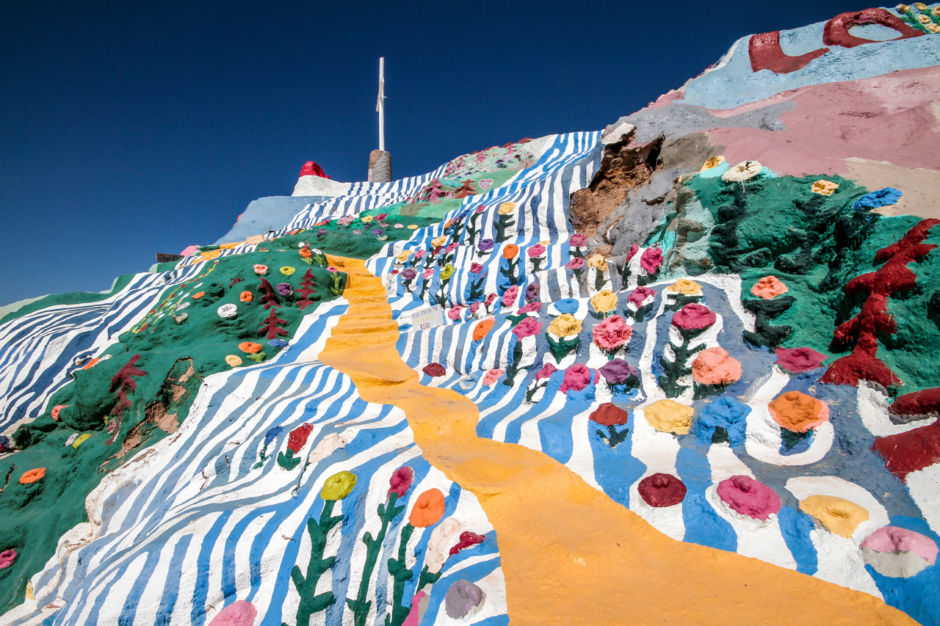 This "yellow brick road" leads you to the top. It then continues around the back of the mountain to the other areas you can explore. There are signs telling visitors to stick to the path and they are quite strictly enforced (I witnessed a couple people being yelled at for wandering off it), I suppose for safety reasons. 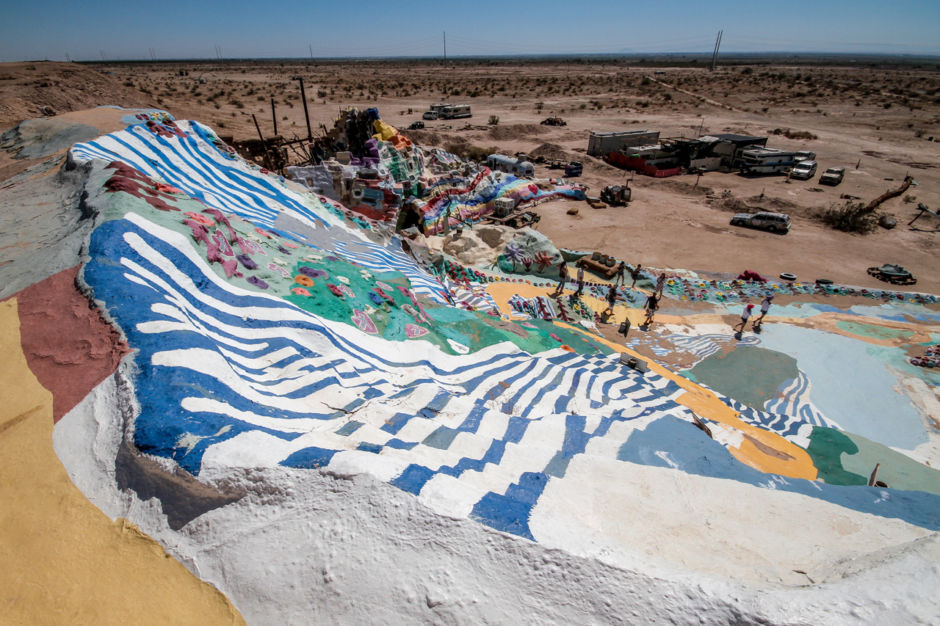 The view from the top is pretty amazing. In the distance you can see a few camps set up, as there are people that live here year-round to maintain the site. Slab City is also nearby and more or less begins after you pass Salvation Mountain. 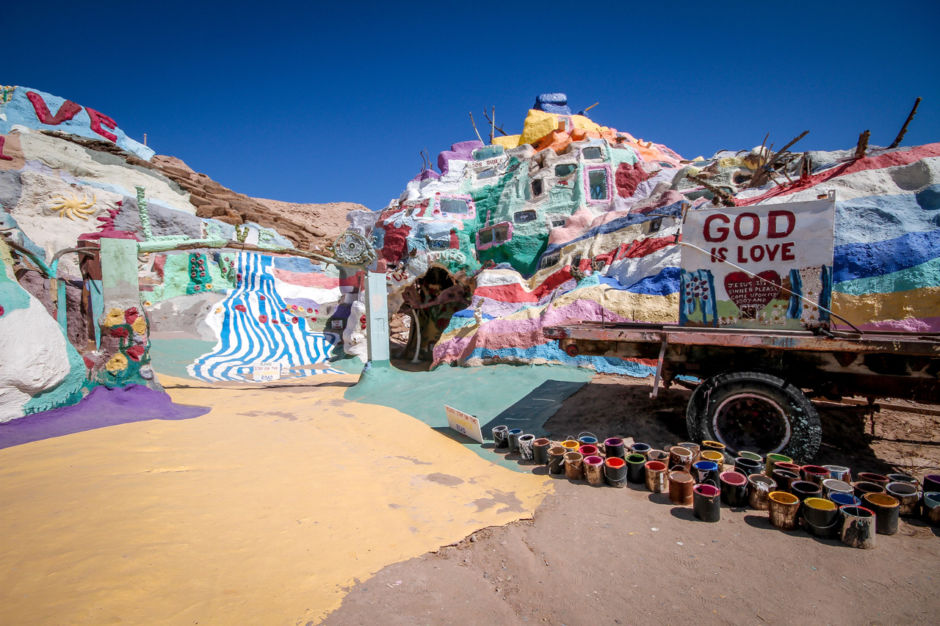 This is the entrance to “The Museum”, the most recent addition that Leonard was working on before he passed away. The shape was inspired by a hot air balloon, which was actually his original idea for what he would create as a monument to God. 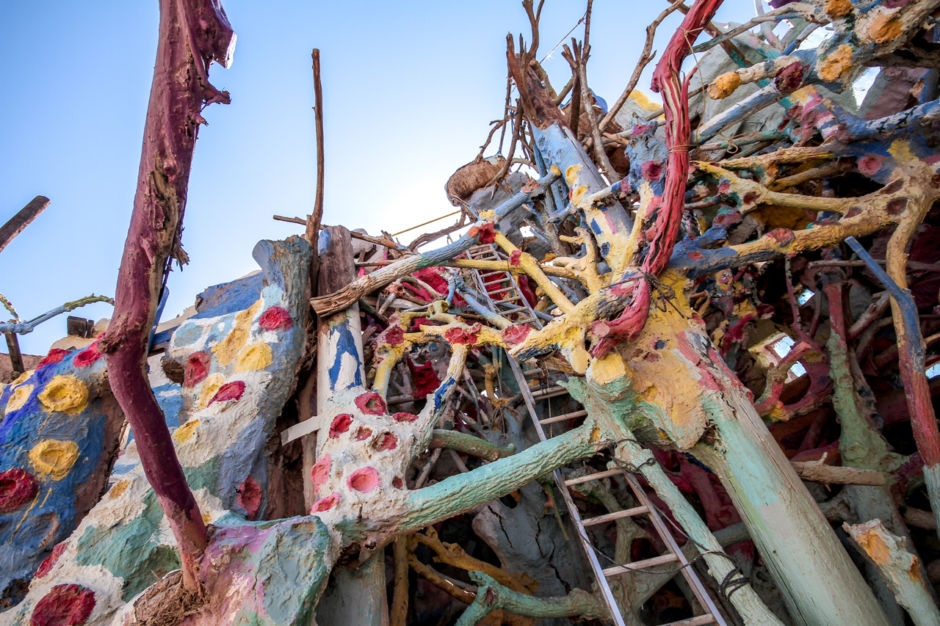 Information posters on the walls explained that Leonard constructed this area by arranging found trees and poles, then securing them with adobe clay and plaster. Finally, he’d paint over everything after it had set. All the paint was donated, and he’d save the brightest colors for the top coat. 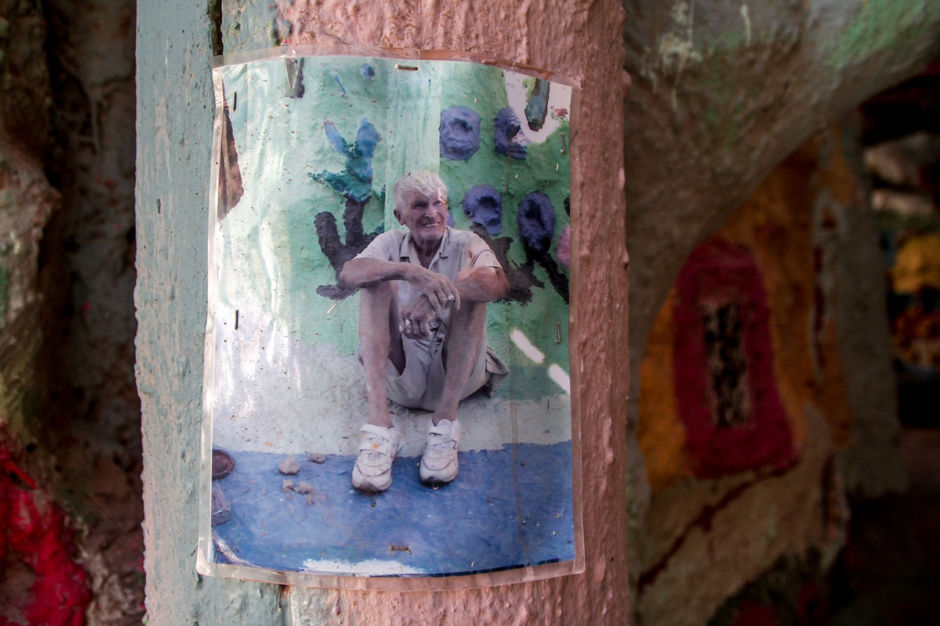 There are a couple photos of Leonard scattered throughout, which I thought was a very nice touch. Being able to put a face to the work really gave the whole experience a more personal feel. If heaven is real and Leonard was looking down, he’d probably be pretty happy to see all these new people continuing to enjoy his work. 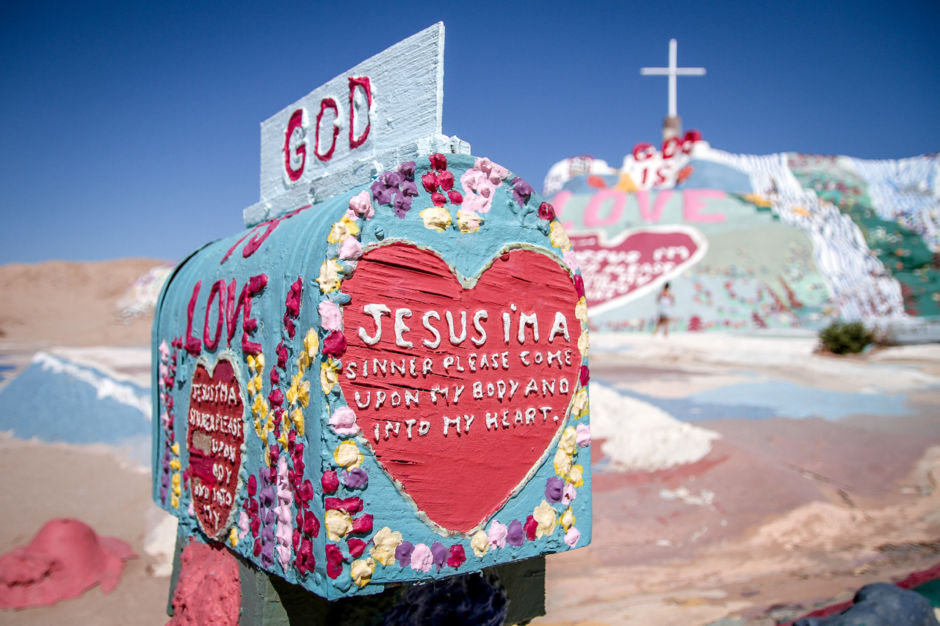 The extreme detail that he put into every little thing was absolutely amazing to see. He incorporated quite a few random objects, from mailboxes to car doors, all of which were either donated or found in the desert. 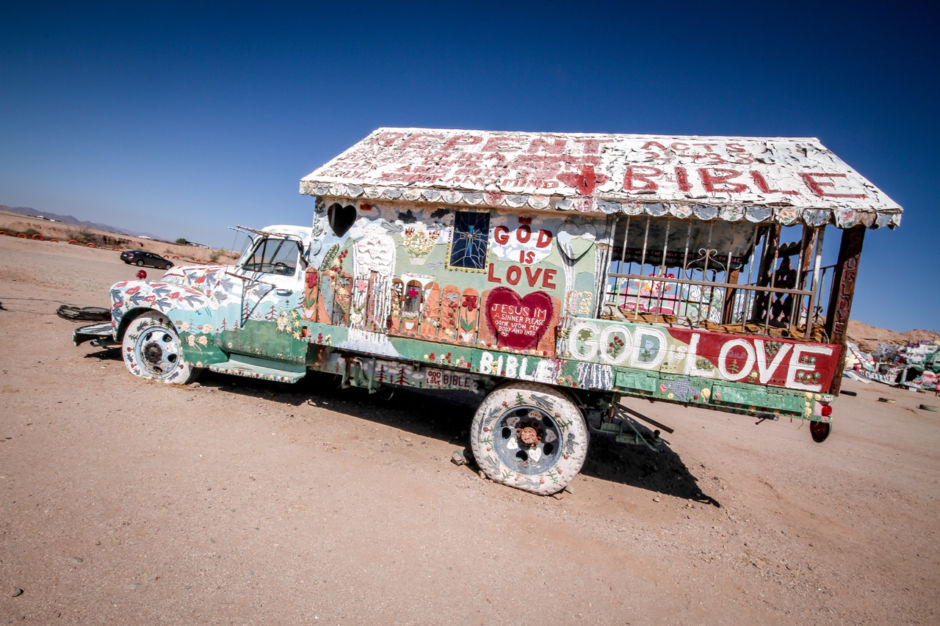 There are even a few vehicles that Leonard decorated on the site, including a station wagon, motorcycle, tractor, and the truck that he used to live in. They’re all covered in Bible verses and once again, the detail was stunning to see. 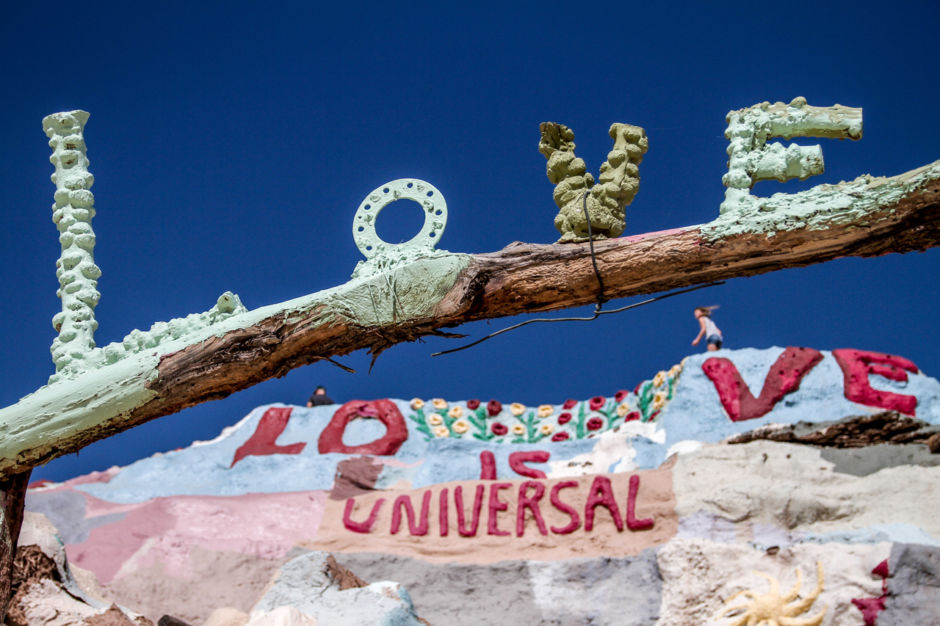 Even if you aren’t religious, Salvation Mountain will leave a mark on you. Above all, it stands for love, and it’s an amazing feat by a man with a mission to spread that message in the quirkiest way possible.

GalleriesThis Is What Living Without Laws in Slab City Looks Like
Tagged
California, United States
What did you think of this story?
Meh
Good
Awesome