The Venice Carnival unfolds in the weeks leading up to Lent as one of the most fantastical parties on earth. Carnevale di Venezia is a tradition that goes back to the Middle Ages and takes its name from the Latin carnem levare, or, “remove the meat.”

A festival that began as a spontaneous celebration marking a military victory in Piazza San Marco evolved into a way for local people to escape a rigid class system and indulge in lascivious pleasures. In its 18th-century heyday, it enabled commoners to interact with nobility, illicit lovers to meet anonymously, and gamblers to risk their fortunes.

Finally, in 1797, the King of Austria outlawed the festivities. They were officially abandoned until 1980, when the Italian government reinstated the Venice Carnival to promote the culture and history of the Veneto region. Today it continues to blur the boundaries of reality and fantasy with two weeks of revelry, costume parades, masked balls, and uninhibited mingling. 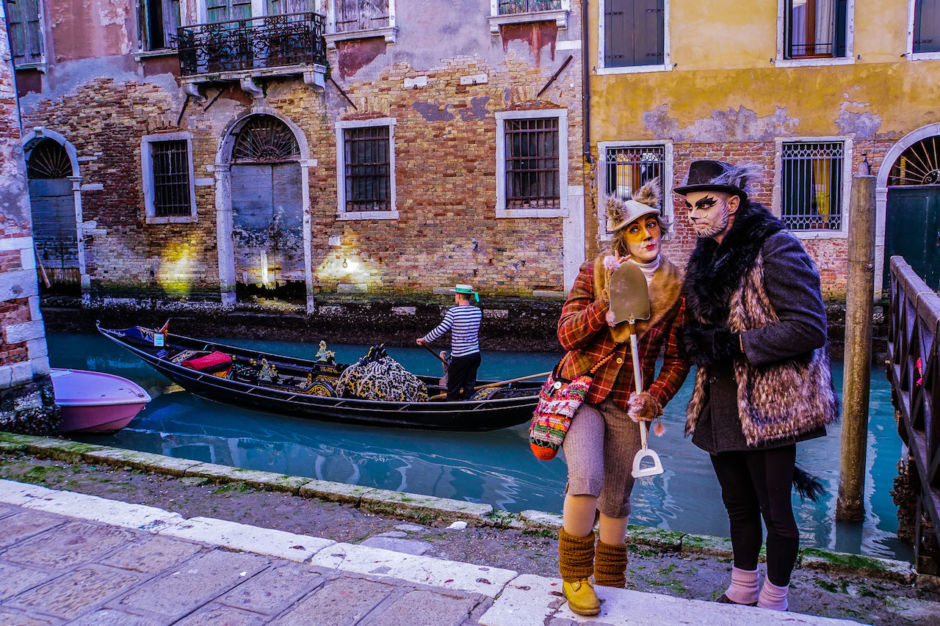 Venice may be renowned for its canals and gondoliers, but it's also where one of the world's great celebrations takes place—a festival that sheds light on a cultural past shaped by rigid class restrictions. With two weeks of masquerade balls and water parades, the annual affair rewinds time to an era when rich, famous and infamous Venetians escaped into fantasy, with full license to succumb to temptation. 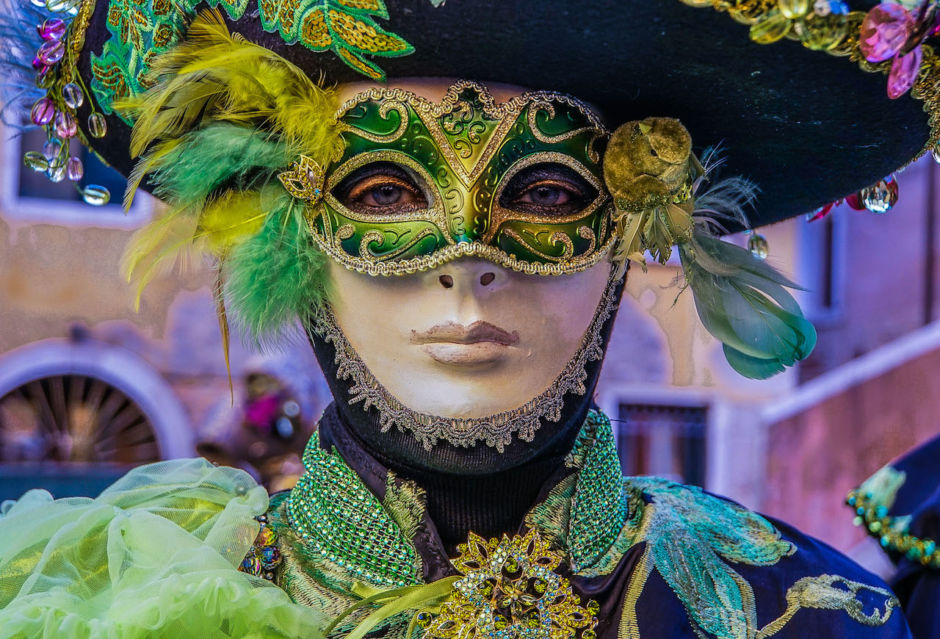 During the Italian Renaissance, the Venice Carnival enabled people from different classes to mingle without inhibition, wearing ornate masks and opulent costumes to conceal class, religion, gender and identity. Only with cloaks covering everything but the wearer's eyes, could Venetians hobbled by strict class hierarchy dabble at social equality and poke fun at authorities and aristocrats. Maskmakers were esteemed members of Italian society in the 18thcentury, with their own guild and their own laws. 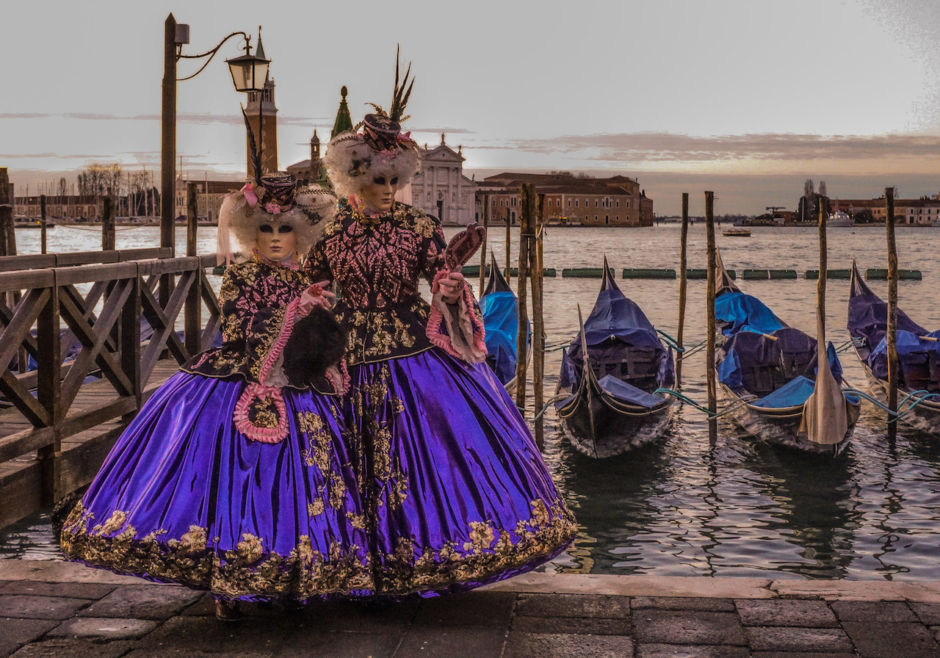 The revelers emerge from the shadows at dawn, posing and primping against historic backdrops. They steal the stage from gondoliers who ply a tapestry of canals in striped tee-shirts and straw boaters. The carnival participants could be headliners in a lavish period drama, Broadway blockbuster or over-the-top Vegas production. But they are fantasy players in the Venice Carnival. 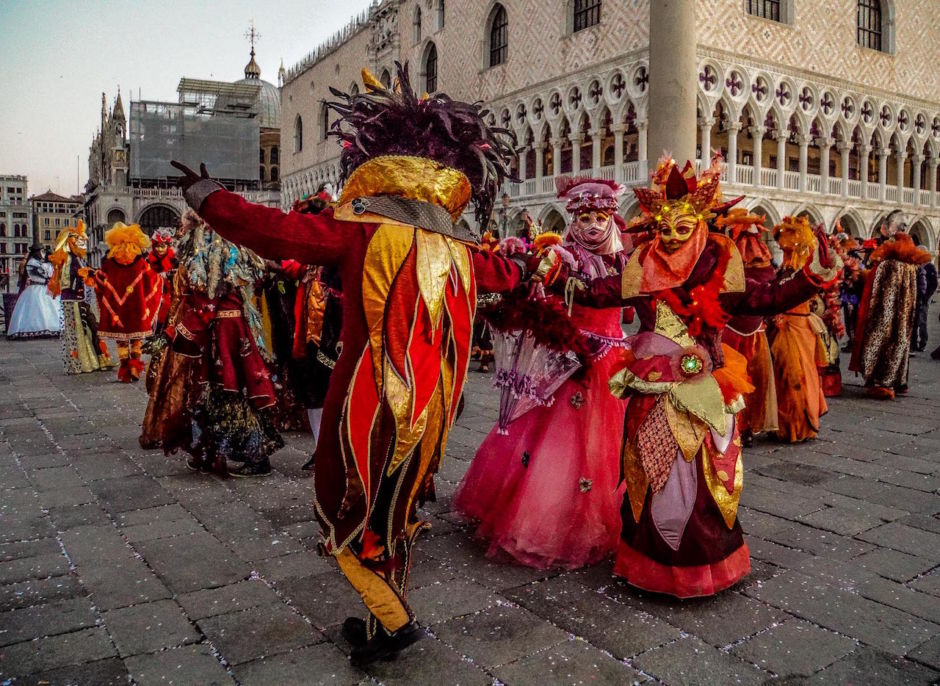 Revelers from a French village perform a choreographed routine in color-coordinated masks and Elizabethan-style costumes against the back-drop of the Venetian Gothic Doge's Palace in Piazza San Marco -- once the residence of the Doge of Venice, the historic palace was transformed into a museum in 1923. 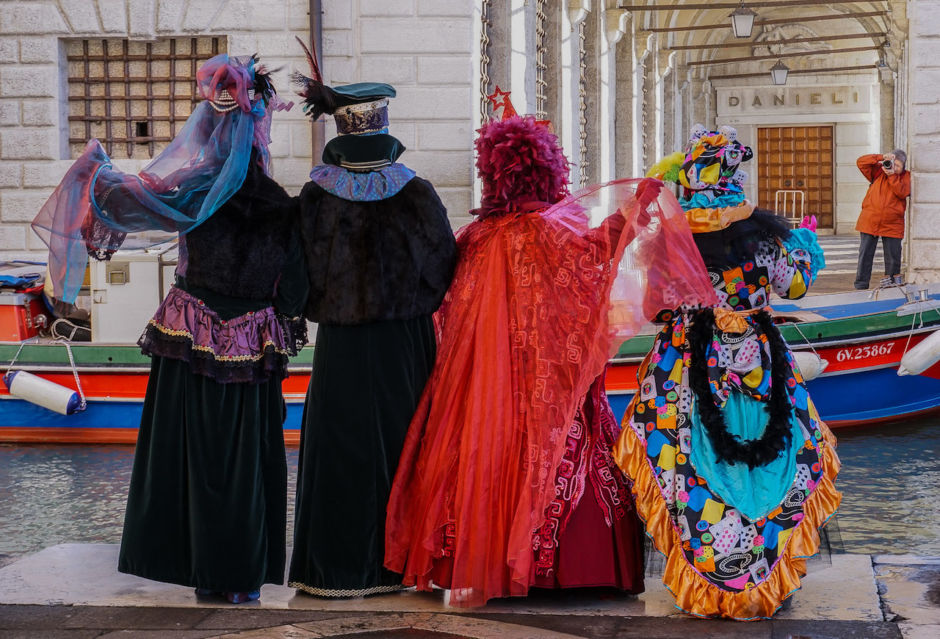 The Venice Carnival draws some three million visitors to the city each spring, including a throng of photographers eager to document the visual astonishments, as can be seen in this image taken at the Doge's Palace near the Bridge of Sighs. Many models exchange business cards created for the occasion with photographers, hoping to receive images that document their elaborate masquerade. 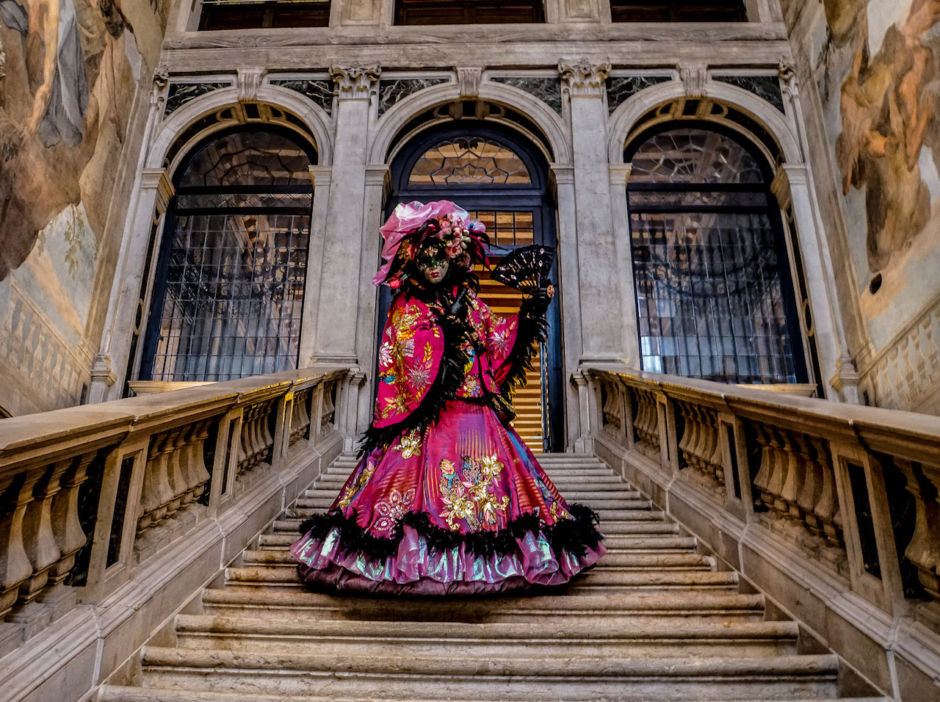 In a hand-sewn and embroidered frock and bonnet, Zaza PetPet from Grenoble, France, poses on the imposing marble stairway at Ca' Sagredo. Once the residence of a Venetian doge and Italian senator, the Byzantine-Gothic palace is now a private luxury hotel and National Monument. Modern commoners with extravagant budgets can book a suite with a perfect view of the spectacular Grand Canal, or just sip a Bellini on the hotel's rooftop terrace. 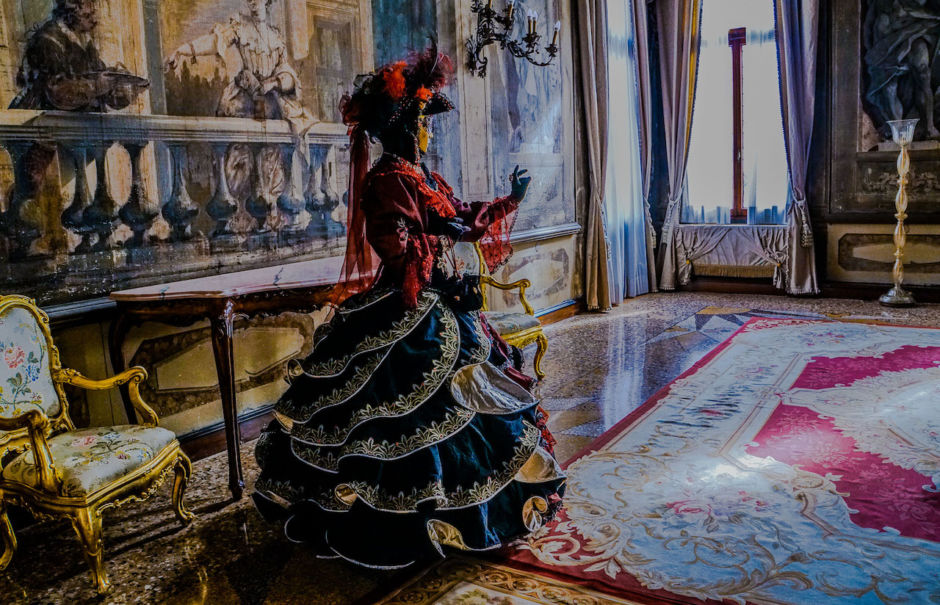 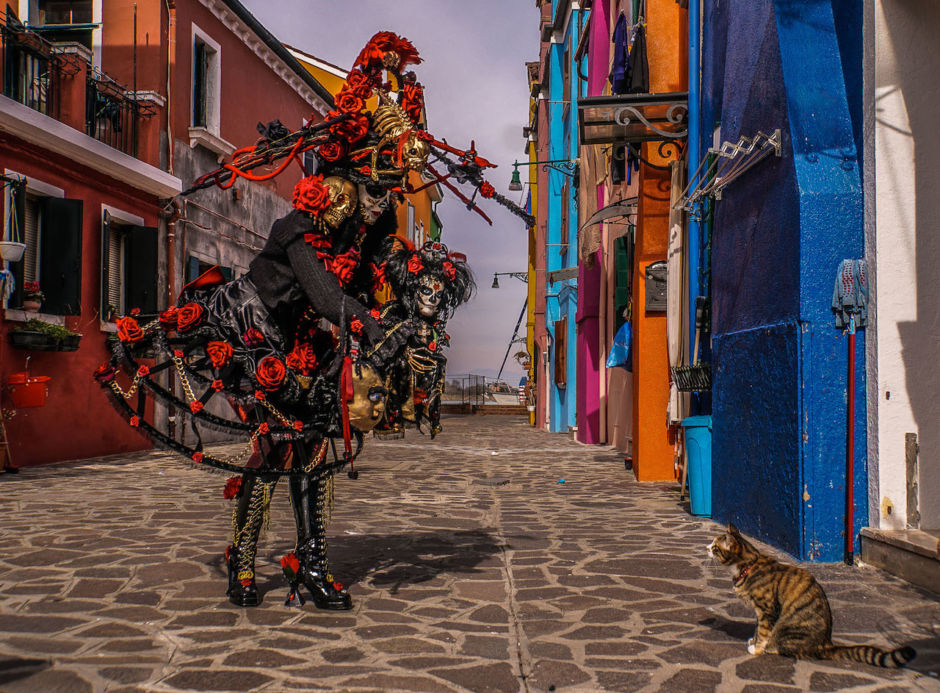 Kitty doesn't know what to make of the ghastly doll offered up by Daniela Schmid in her hand-crafted steampunk outfit on tiny Burano, a small archipelago off the Venetian coast. The Austrian native attends the Venice Carnival annually with her photographer partner Peter Aigner, in costumes Lady Gaga might wear with pride. Inspired by history, culture, literature and sheer whimsy, the elaborate get-ups add a new dimension to the picturesque bridges and vividly painted homes on Burano's four canal-laced islands.

Tagged
Venice, Italy
What did you think of this story?
Meh
Good
Awesome