Back in 2017 during the whole Fyre Festival debacle, the idea of a luxurious, immersive music festival on a remote island paradise was laughable. Thing is, it already existed.

Your Paradise is a weeklong electronic music festival in Fiji. The most recent batch of headliners included deep house DJ Ben Bohmer and drum-and-bass DJ Netsky. I didn’t know either of those names when I accepted a press invitation to last year’s festival in mid-December with the ulterior motive of wanting to visit the Mamanuca Islands. It’d been years since I’d been to a days-long music festival and closer to a decade since I’d sought out electronic music.

To my pleasant surprise, what I found when I arrived on Malolo Lailai was an experience that was equal parts music festival and tropical vacation, with as many opportunities to peacefully indulge in the island as there were to dance, drink, and party.

Of all the music festivals I’ve attended, Your Paradise is the only one I’d recommend independently of the music. Because at the end of the day, it’s not only an epic show but also a hassle-free way to visit Fiji. 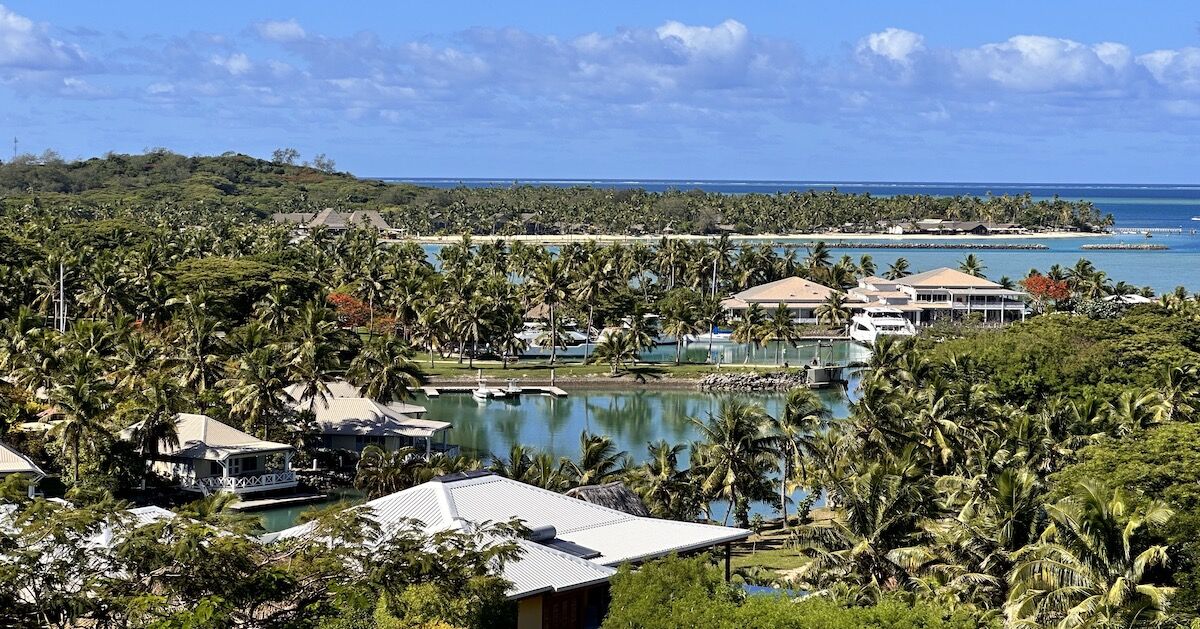 Even before the Fyre Festival went up in flames, the appeal was lost on me. In large part, that’s because it was marketed on the backs of Instagram celebrities whose names I only peripherally recognize, branded to be more exclusive than the VIP experience at Coachella — something Your Paradise manages to be without a whiff of cliquishness.

Ironically, Your Paradise’s price tag helps to keep it humble. Tickets hover around $2,000 per person for a basic package that includes airfare from select cities, shared accommodations, transfers, and access to all of the standard events but not food, drinks, or add-on experiences. It’s a good deal for the amount of travel that’s required to attend the festival, particularly for Americans like myself who might question if it’s worth it to go all the way to Fiji for a few days. But it’s hardly cheap. That means that the type of person willing to overlook the festival’s financial and geographical barriers to entry — overwhelmingly Australians — were those who appreciated both the music and the ethos of the festival, one that’s anchored in equal parts respect and revelry. 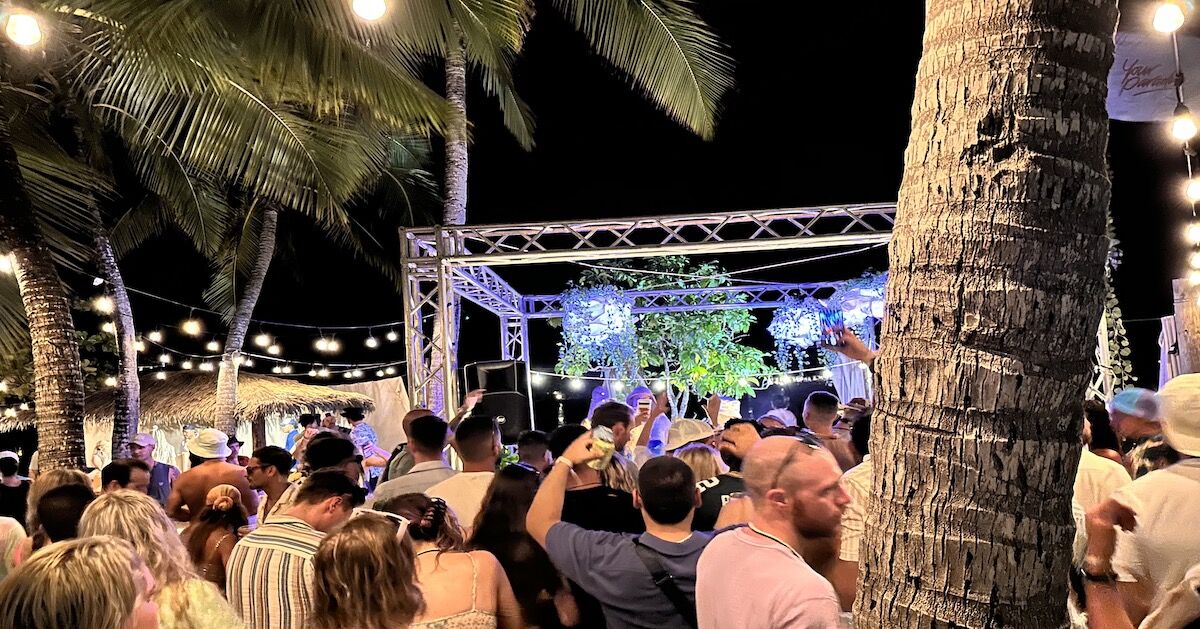 The artists that Your Paradise attracts are complicit in its humility. This year, for the first time, the festival was held across two neighboring resorts on the island of Malolo Lailai: the Plantation Island Resort, where the main stage was set up for the majority of the festival and where festivalgoers were housed, and Musket Cove, where events like the Welcome Party were hosted and the artists, festival staff, and media stayed. Guests are welcome to move freely between the two properties, breaking down the divide between the performers and the audience.

For one seasoned festivalgoer named Kevin whom I chatted with on the ferry ride back to the airport, this intimacy is what made Your Paradise his new favorite festival. Where else, he asked me rhetorically, could he have taken a casual afternoon swim with one of his all-time favorite DJs and engaged another in a lunchtime conversation about Elon Musk. 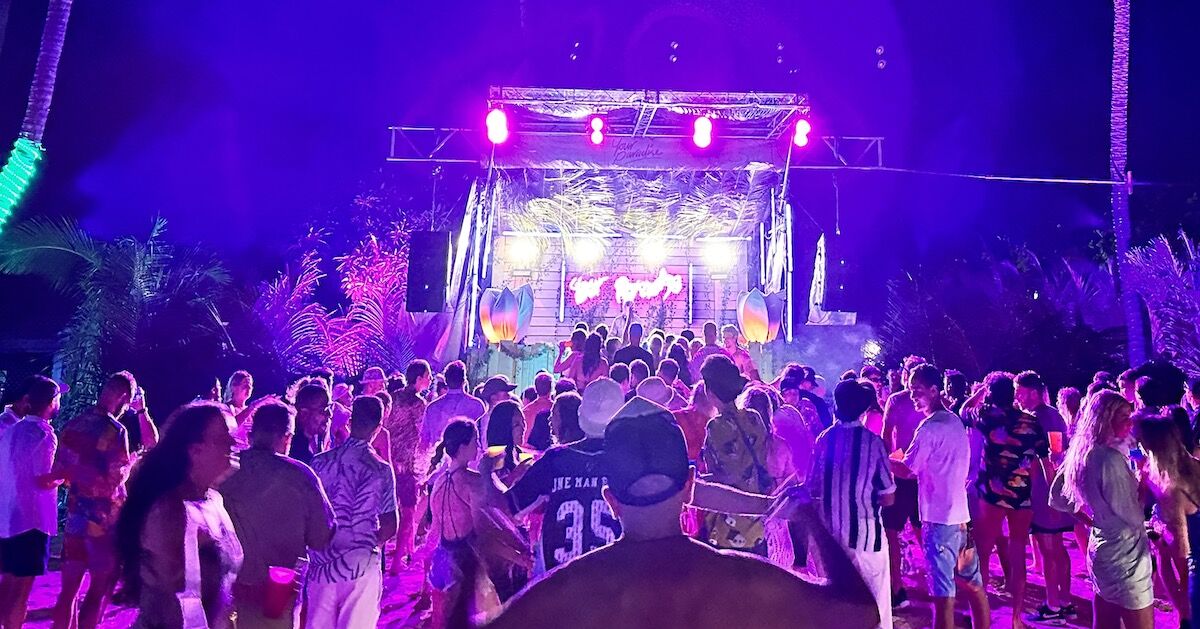 All of this isn’t to say that Your Paradise isn’t exclusive. There’s only room for about 700 festivalgoers. But there’s nothing pretentious about Your Paradise, and the festival crew guarantess that all guests treat one another and the islands with respect. Legend has it that a festivalgoer from a previous year was kicked out within hours of arriving on the island for getting inappropriately drunk and rowdy — a cautionary tale that the welcome staff was quick to share with us all on arrival to ensure that the ensuing week went off smoothly.

Beyond the main stage: the add-ons that make the experience 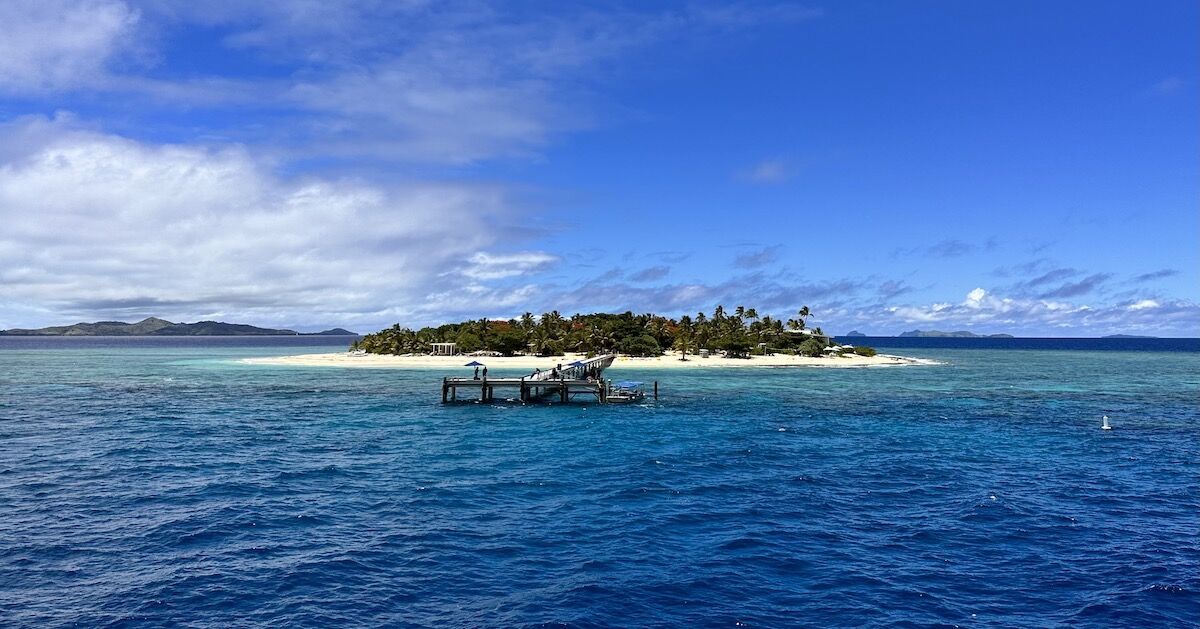 The morning after the first round of headliners took to the main stage, multiple festivalgoers described the night before as if it was a spiritual experience. Spurts of tropical rain poured down during Netsky’s set, creating a natural strobe effect as neon lights lit up the post-midnight sky. Kevin was close to tears, he told me on the ferry to the airport. Yet even Kevin conceded that the real festival highlights were in the add-on experiences, which this year included a boat party on one of the largest catamaran charters in the island, a takeover of a private beach club, and various sets aboard a floating bar called Cloud 9.

Add-on experiences cost extra, ranging from $100 to $200 each. They can be booked in advance through the Your Paradise portal online and tend to fill up quickly. I booked two add-ons, spending an afternoon at the Mala Mala Beach Club and the morning of my departure at a Cloud 9 event hosted by the popular electronic music label Anjunadeep. 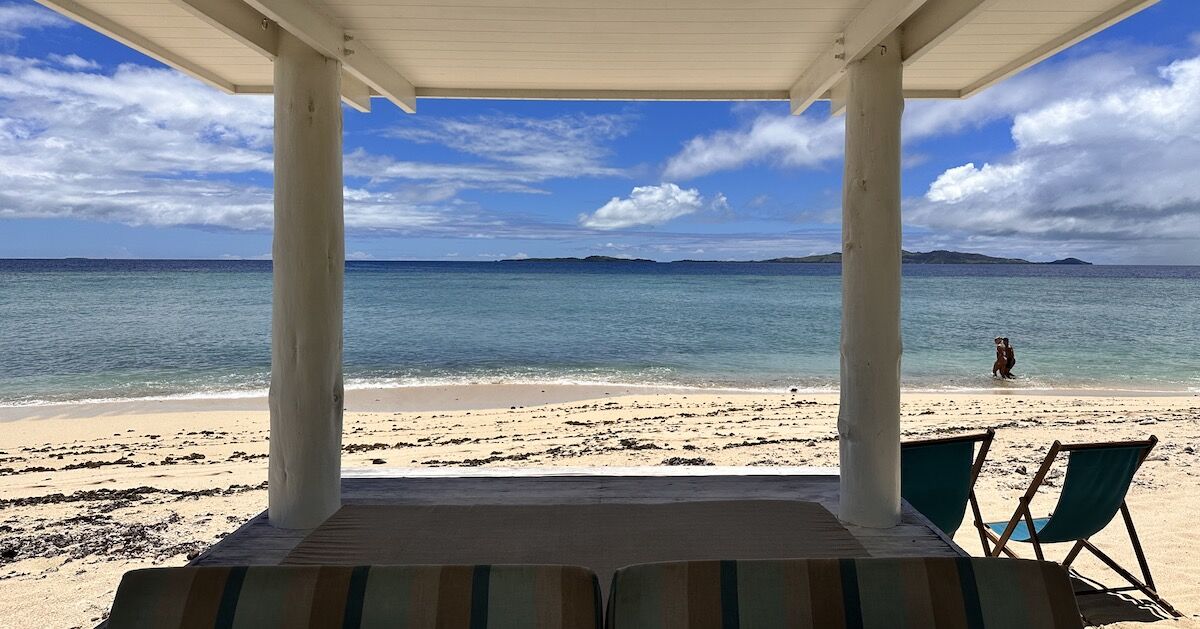 As I boarded the ferry for the beach club, I was a bit apprehensive about the add-on. I wasn’t sure if I had the energy for the Vegas-style pool party I was envisioning, and there was only one ferry to and from Mala Mala’s private island. The pool party took shape as soon as the group exited the jetty. It looked just like I’d imagined, with a DJ booth blaring beside the pool while festivalgoers lined every inch of rim, drink in hand. (Each festivalgoer was given a fairly hefty packet of complimentary drink and snack tickets on arrival.)

Unable to find empty loungers by the pool, my partner and I followed signs for cabanas beyond the main beach club. A couple of yards down a dirt trail we found one. It was still, empty, and quiet. Somehow none of the sound had traveled from the pool area. We spent the majority of the outing there, reading our books, sipping vodka pineapples, and ordering complimentary snacks like pulled pork sliders, a vaguely Thai noodle salad, and miniature burritos until we’d worked up the energy to catch the tail end of the pool party.

There’s no escaping Cloud 9 either — except to jump into the water from a ledge on the upper level of the bar — but when I finally attended an add-on at the raved-about floating bar, escape was the last thing on my mind. At once chill and vibey, Cloud 9 was the highlight for most of the festivalgoers I met, especially the session I attended that was soundtracked by Ben Bohmer and Jodi Wisternoff. 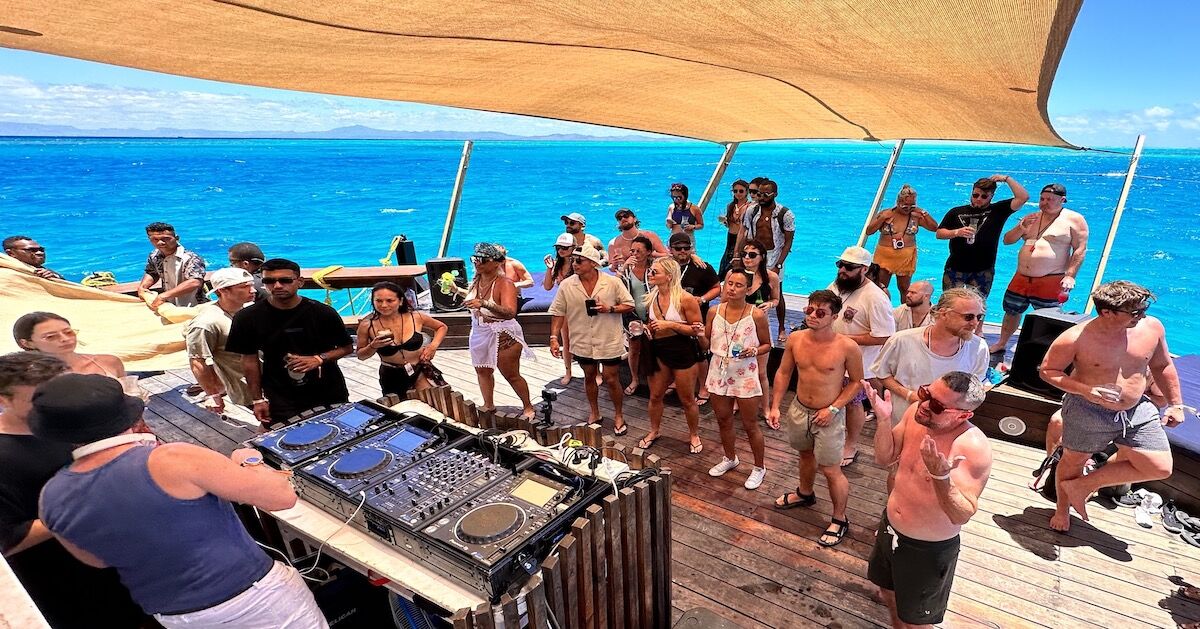 The relatively small bar provided an intimate setting to dance inches from the DJs, sunbathe in the loungers, and make frequent trips to the bar to redeem drink tickets and wood-fired pizzas made fresh on the boat. I saw some attendees lean into the music, as if it was an evening set at the main stage. I saw others sleep through the majority of the session. The one thing everyone had in common was an unabashed grin plastered to their face the entire time.

Though booking multiple add-ons can get expensive, the festival team takes great care to make them worthwhile — sometimes even epic. If you’re already shelling out a couple of thousand dollars to attend the festival, I’d recommend splurging on Cloud 9 if nothing else.

Making the most of the outdoors in the Mamanuca Islands 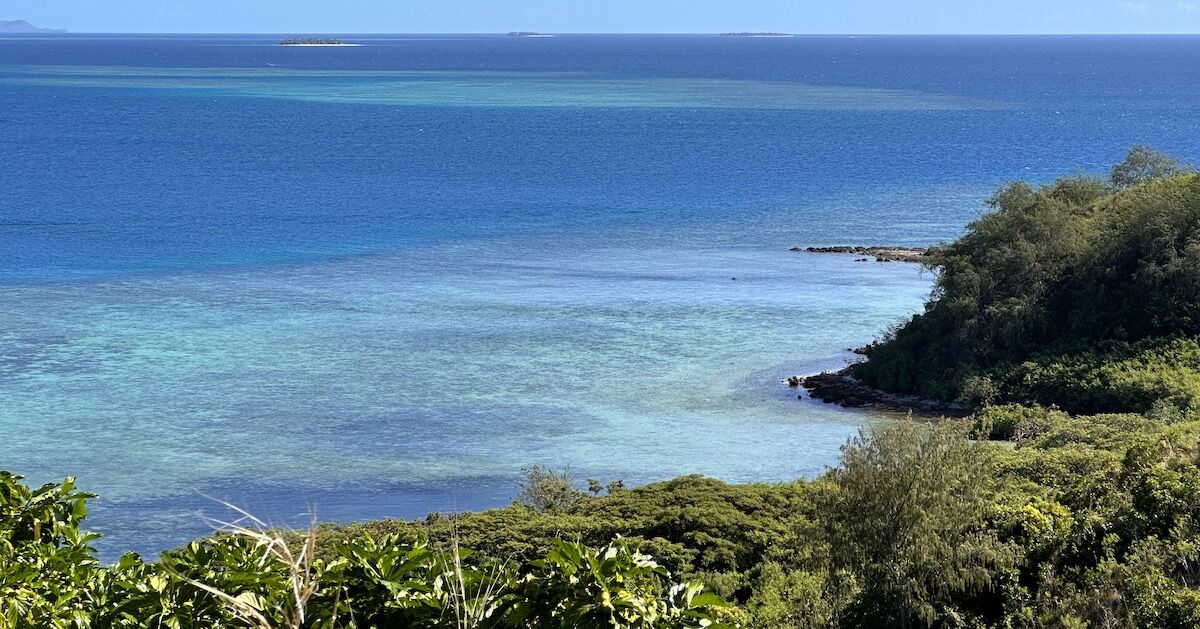 About 45 minutes west of Nadi, Fiji’s main transportation hub, Your Paradise is hosted on Malolo Lailai, the second largest Mamanuca island after big sister Malolo. The television show Survivor has been filming around the archipelago for years. I cruised past one of the challenge sites on Mana island during a scuba excursion one morning. Because while many festivalgoers likely spent the weeks leading up to the trip mapping out the artists they wanted to see, I spent that time daydreaming about diving in Fiji. My days were going to be all about the outdoors.

Your Paradise arranges several outdoor activities. Guests can participate in Yin Yoga sessions on a sandbank or plant mangrove trees to offset their carbon footprint. There are daily surfing excursions to Cloudbreak, a left reef pass that pro surfer Kelly Slater has named as one of his favorite waves. Multiple festivalgoers also planned to go skydiving via the small airstrip on the island located between the two resorts. The resorts provide the rest of the outdoor experiences, from complimentary kayaks, paddleboards, and hobie cats to on-property PADI dive shops. 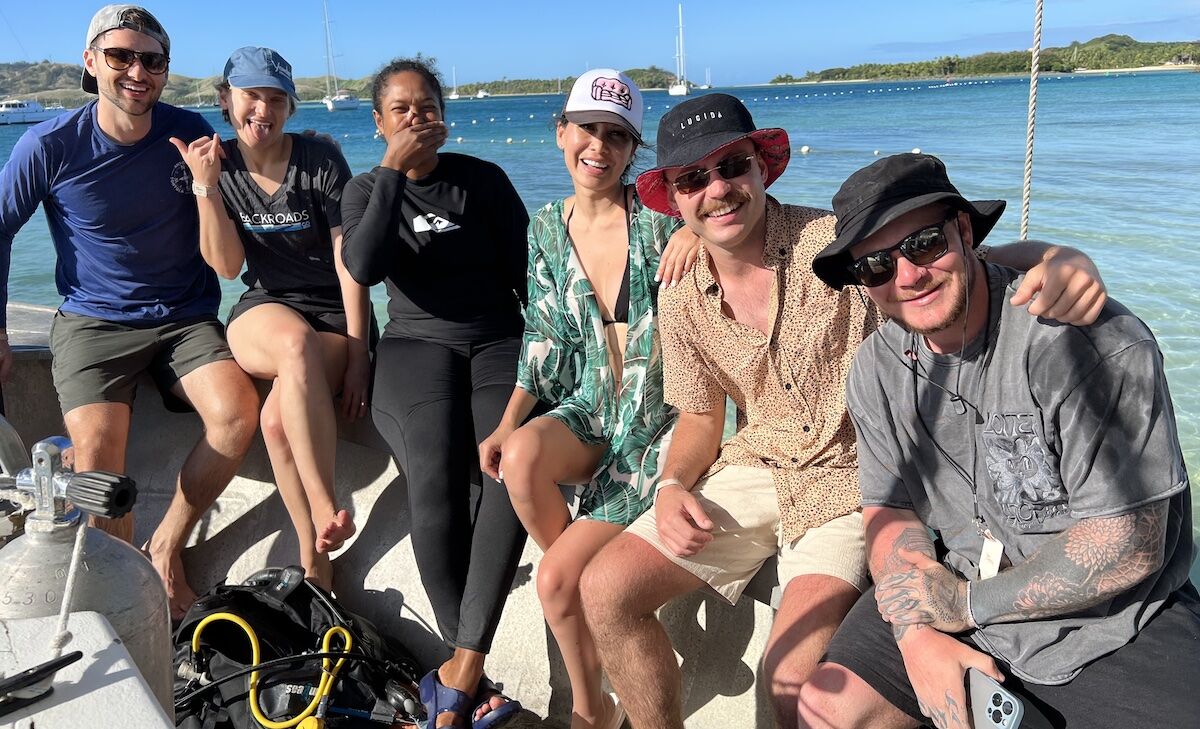 Between the weather and the timing of my flights, I could only carve out one day for scuba, so I booked a two-tank dive in the morning and a single dive in the afternoon. I’ve seen better visibility and prettier reefs — although I’d never seen anything like the Cabbage Patch dive site, a reef named for the uniquely cabbage-shaped coral — but the water was as warm as you’d expect, with no wetsuit necessary at 90 feet, and there was a wide range of sea life.

At our first dive site, called The Supermarket for its abundance of fish, we were greeted by three black-tip reef sharks within seconds of our descent. Between the three dives, I saw several more sharks, a large sea turtle, and a blue-spotted ray, among smaller species.

For anyone interested in visiting Fiji, music taste aside, Your Paradise presents a neatly packaged opportunity to visit a beautiful archipelago. Some days, particularly the early days of the festival while guests were still trickling into the island, my time on Malolo Lailai felt like any other island vacation, with enough privacy to share it with just my partner. Other days, we leaned into the festival spirit with late night sets and idyllic add-ons. Over the course of a week, the longest I’d ever spent at a festival, I experienced the best of both worlds, planning my perfect vacation as I went by tweaking the daily ratio of festival fun to Fijian sun.

At the end of the day, that’s Your Paradise’s promise — a well-organized music festival that provides enough flexibility for everyone to make their trip to paradise truly theirs. I know I did.

Beaches and Islands8 Tips To Plan a Four-Day Vacation in Fiji From the US
Tagged
Festivals Fiji
What did you think of this story?
Meh
Good
Awesome