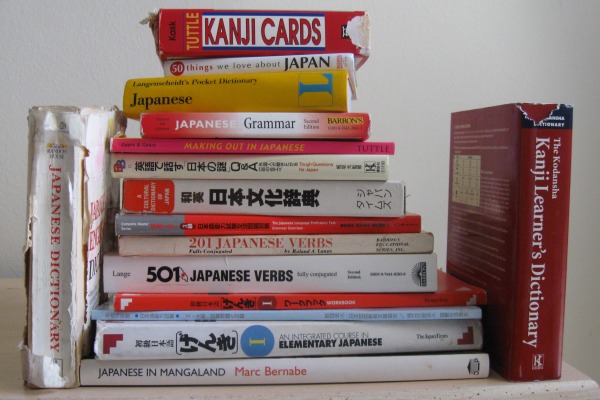 According to the Foreign Service Institute (FSI), Japanese is one of the five hardest languages for English speakers to learn, along with Arabic, Korean, Mandarin and Cantonese.

Japanese uses an SOV (Subject Object Verb) sentence structure whereas English is an SVO (Subject Verb Object) language. Essentially, trying to translate Japanese literally into English would make you sound rather like Yoda.

Unlike English or the Romance languages, in Japanese there are three lexical systems to juggle: hiragana, katakana, and kanji. On top of that, there are different tenses for levels of humbleness and informality. Japanese is also highly contextual, built on subtle hints rather than more direct communication.

Sound like fun? Get started studying Japanese with these language learning tips.

1. Don’t study the written basics without some supervision.

Although it’s pretty easy to teach yourself the finite syllabaries of hiragana and katakana, the essential stroke order is often casually discarded by language learning newbies. In English, writing your letters oddly is just a character quirk; in Japan it will be assumed that you couldn’t be bothered to learn it correctly. This assumption of laziness can also be attributed to you if you don’t learn to hold your chopsticks properly.

There is a difference between finishing a pen stroke with a sudden stop or with a swoosh. Stroke order is an essential of learning the basics of kanji, so don’t skip it!

It’s easy to just think, “I’ll go back to that chapter I skipped,” but in reality you probably won’t. The first lessons are about family titles, telling time and particles. Basic conversations in textbooks often use time and family as topics, and mastering particles takes far longer to than it initially seems like it should. Learn how to conjugate adjectives, and don’t continue to the next lesson until you can do it in your sleep. 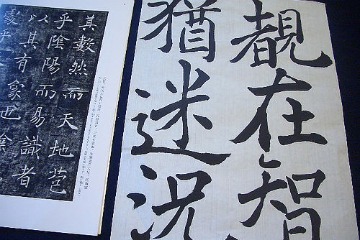 3. Invest in some quality learning material.

If you’re taking Japanese in school, your textbook is chosen for you, but a bad textbook can mar your learning experience. I once had a Japanese teacher pause and state that a couple of terms in our “Nakama” textbook were outdated. What good does having an outdated book do for a beginning student?

Luckily, you have choices when it comes to books, Genki and Japanese for Busy People are great places to start. In reality, I found textbooks to be more like guidelines, but it varies depending on your learning style.

Invest in a solid dictionary that has kanji, the hiragana for each kanji and an English definition. Also, pick up Barron’s Japanese Grammar book immediately. Wait on purchasing a kanji dictionary or cards until later in your studies. There are also books on slang Japanese, culture dictionaries, and pop culture encyclopedias that may be useful.

4. Watch plenty of cartoons, movies, dramas and listen/sing to plenty of music but do not do only this!

Japanese has increased in popularity with young adults overseas thanks to anime, manga (comics), and Japanese rock and pop music. Many fans want to read and understand without waiting for official translations, so they take on the task of translating manga or lyrics word-by-word.

Although this is a really smashing way to learn to slang and challenging grammar patterns, it teaches you a vocabulary that is essentially useless in everyday speech. You may be able to rattle off the words for heartbeat, overflowing, embrace, tears, eternity, unforgivable, and swallowtail butterfly, but you will be in a world of trouble when you’re stuck in Tokyo without knowing bank, staircase, airport, train line, turn, left, right and post-office.

5. Do practice singing in Japanese and following along with lyrics.

Following lyrics will help you recognize kana and kanji, increase your reading speeds and, of course, teach you how Japanese should really sound. This is also important because in Japan, karaoke is basically the unofficial national sport. Japanese people love when foreigners can belt out their songs (the older it is, the louder they’ll react) so get your practice in early. Karaoke groups are also a great way to make friends, which leads me to the next thing… 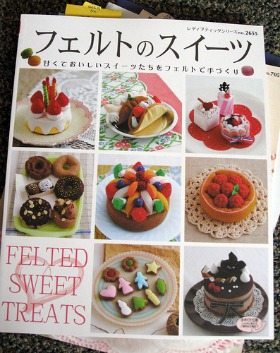 6. Get yourself a conversation partner from the beginning.

This doesn’t always have to be expensive – a Japanese person will often want to barter for English conversation lessons. Listening to your partner and hearing yourself will help enforce correct pronunciation; urge your partner to correct you if needed. The most rewarding aspect of this is that it will help to teach your brain to think in Japanese.

Conversations in textbooks are predictable, and to be honest, nobody really talks like that. Teaching yourself Japanese gives you zero opportunities to practice conversation. There are plenty of meet-up groups through Meetup.com as well as ads on Craigslist, and you can always check your local school and community centers for opportunities.

7. Be wary of domestic immersion programs.

Immersion in the native country is the best way to learn any language, but that is a step more for advanced students who need to bridge the gap to fluency. However, you can still get an early start.

Within the US, there are domestic immersion programs and summer camps for children as well as college student programs such as the Concordia Language Villages, but look before you leap. Many programs will not allow communication in English and trying to force you to speak Japanese no matter what your language level is. Sometime immersion programs ignore the concept that adult beginning learners are past the language acquisition stage.

You may need to ask yourself, “Should I take a university-level course that’s conducted completely in Japanese if I’m not yet fluent?” Don’t expect to cram to in order to catch up to a much higher language level.

Go to the next page or click “view all” to read more tips AND see 8 free online resources for studying Japanese.

Next Page
Tagged
Languages Japan
What did you think of this story?
Meh
Good
Awesome

By rejecting international students, will Trump ruin US universities?
In ‘In Her Shoes,’ a teen from Mumbai’s red-light area defines empowerment
30 awesome Japanese idioms we should start using in English
9 boardless, cardless games to play anywhere
21 amazing images of the new Seven Wonders of the World