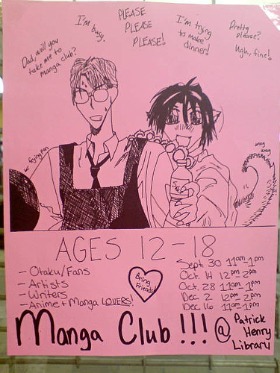 Not only do tongue twisters force you to look at Japanese in new ways, they are also instant conversation starters. Unlike in English, where sound effects are only found in comic books and cartoons, Japanese sound effects are part of daily speech and your speech sound more natural if you learn them. Peko peko is how the Japanese describe a stomach growling, and adding desu (is/am) on the end turns the phrase into “I’m hungry.” Did you know that there are at least four ways of describing the sound of rain in Japanese? They even have a sound to describe silence.

9. Settle on one system of romanization.

Writing Japanese down using the Roman alphabet can be a bit tricky as there isn’t one set-in-stone format to follow. For example, “fu” (ふ) replaces the “hu” sound (ha/hi/fu/he/ho) so verbs like “fuku” are sometimes dictated as “huku”. The difference in pronounciation is extremely slight. “Tsu” (つ) may be written as “tu”, “shi” (し) as “si”, “dou” (どう) as “doo”, etc. Be careful not to mistake these inconsistencies in romanization as two different words! Pick one system of romanization that makes sense to you, and make sure that your learning materials match it.

No matter how many books you read, movies you watch, or people you talk to, you won’t be able to experience the real Japan until you go there. Your conversational skills and reading abilities will shoot up exponentially. Just don’t forget to keep enforcing them once you get home. Instead of just being a tourist, do a home-stay or volunteer at a farm through WWOOF. The big cities are full of English speakers and Japanese people who want to practice their English on you, so getting away from them is the best way to get the most out of Japan in a short period of time. Don’t forget to karaoke your brains out and have fun!

1. ALC is online dictionary for Japanese people to convert between English to Japanese and visa versa, and it’s full of uncommon uses and examples in English. You’ll even get an entry if you type in “facepalm.”

3. The vast Japanese Grammar Database focuses on preparing you for the JLPT (Japanese Language Proficiency Test). It can be a bit difficult to search for entries as you have to enter most of them in Japanese, but when it works, it works well.

4. Kiki’s Kanji Dictionary provides you with a myriad of ways to look up kanji to help you find that one elusive symbol.

5. Here’s a great list of Japanese tongue twisters with translations at the bottom. Take note that many tongue twisters in Japanese require emphasis on different parts of words that often aren’t dictated here. Ask your conversation partner for help.

6. NJStar is a company that makes Chinese and Japanese word processors (like Microsoft Word) so you can type your papers in Japanese. It offers verb conjugations, kanji radical look-ups, and a Japanese symbol character map amongst other things. Although this is a paid product, you can continue to use the basics even after the trial expires.

7. Lang-8 is a unique blogging website because it specifically exists so you can blog in the language you’re learning and let native speakers correct your errors.

8. You do have to be a member of Livejournal to post a question, but their Japanese language community is very active and you can usually get an accurate answer within an hour. The profile page is full of useful links.

Planning a trip to Japan? Check out 10 Japanese Customs You Must Know Before a Trip to Japan and 10 Extraordinarily Useful Japanese Phrases for Travelers.

Prev Page
Tagged
Languages Japan
What did you think of this story?
Meh
Good
Awesome

‘Accidentally Wes Anderson, The Book’ is a nostalgic mix of colors and symmetry
30 awesome Japanese idioms we should start using in English
9 boardless, cardless games to play anywhere
Rajasthan’s epic camel festival is two days of fur-cutting, dancing, and races
The 7 most haunted houses around the world