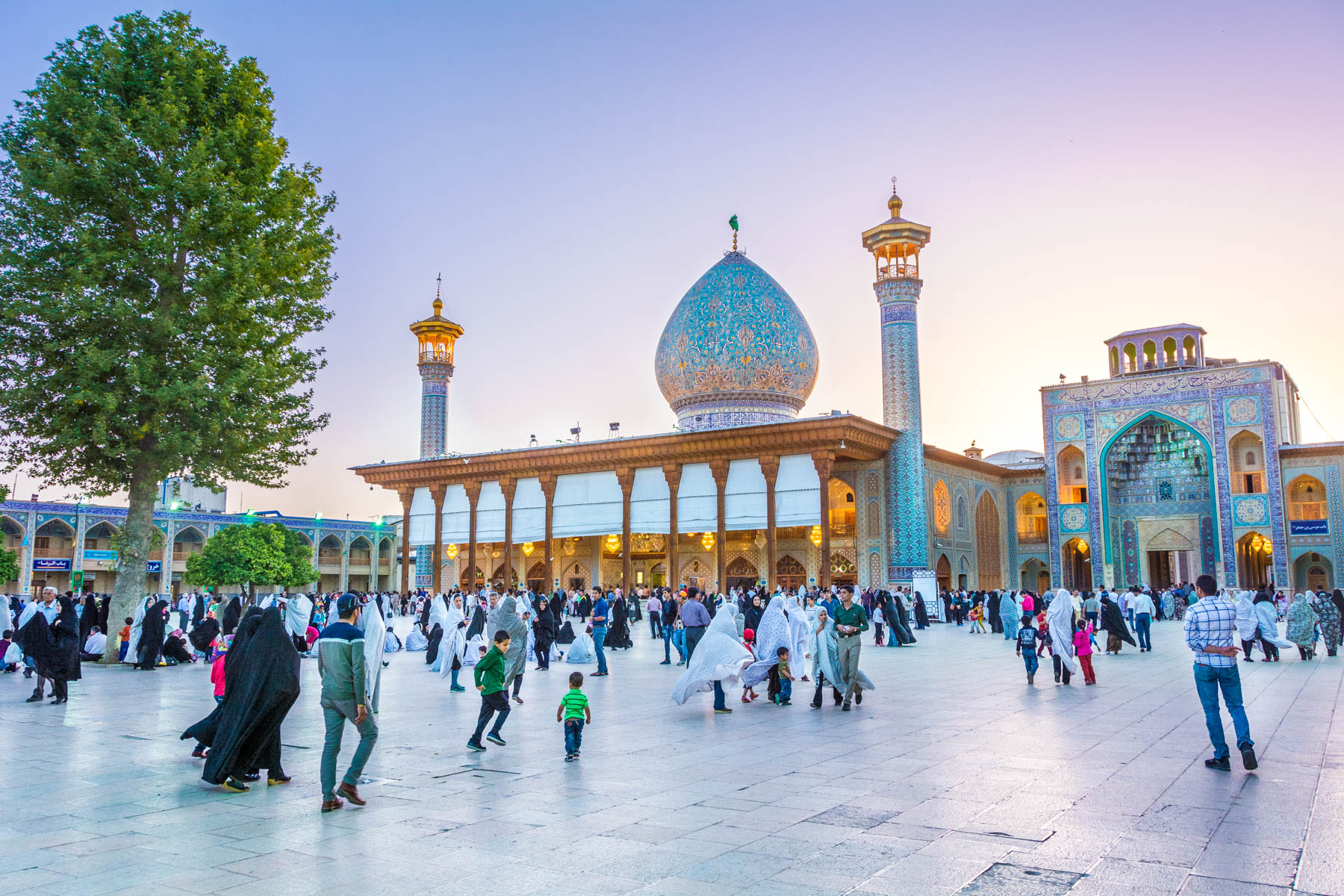 1. Visas on arrival are only available at airports, and they’re now valid for 30 days. Overlanders, you’ll have to get a visa at a consulate ahead of time.

2. If you can’t get a visa on arrival, you need to get a visa at a consulate. Citizens of the United States, United Kingdom, Canada, Bangladesh, Jordan, Iraq, Afghanistan, and Pakistan need to get consular visas, and need to get an authorization number before applying for the visa.

3. If there is proof of entry to Israel in your passport, you cannot enter Iran. This also applies if you have land border entry/exit stamps from countries neighboring Israel. Want to get around this? See if your country allows applications for a second passport for special circumstances.

4. UK and Canadian citizens can travel in Iran without a guide. The rules have been loosened, though you won’t find any official statements. Some tour agencies acknowledge this, some don’t. 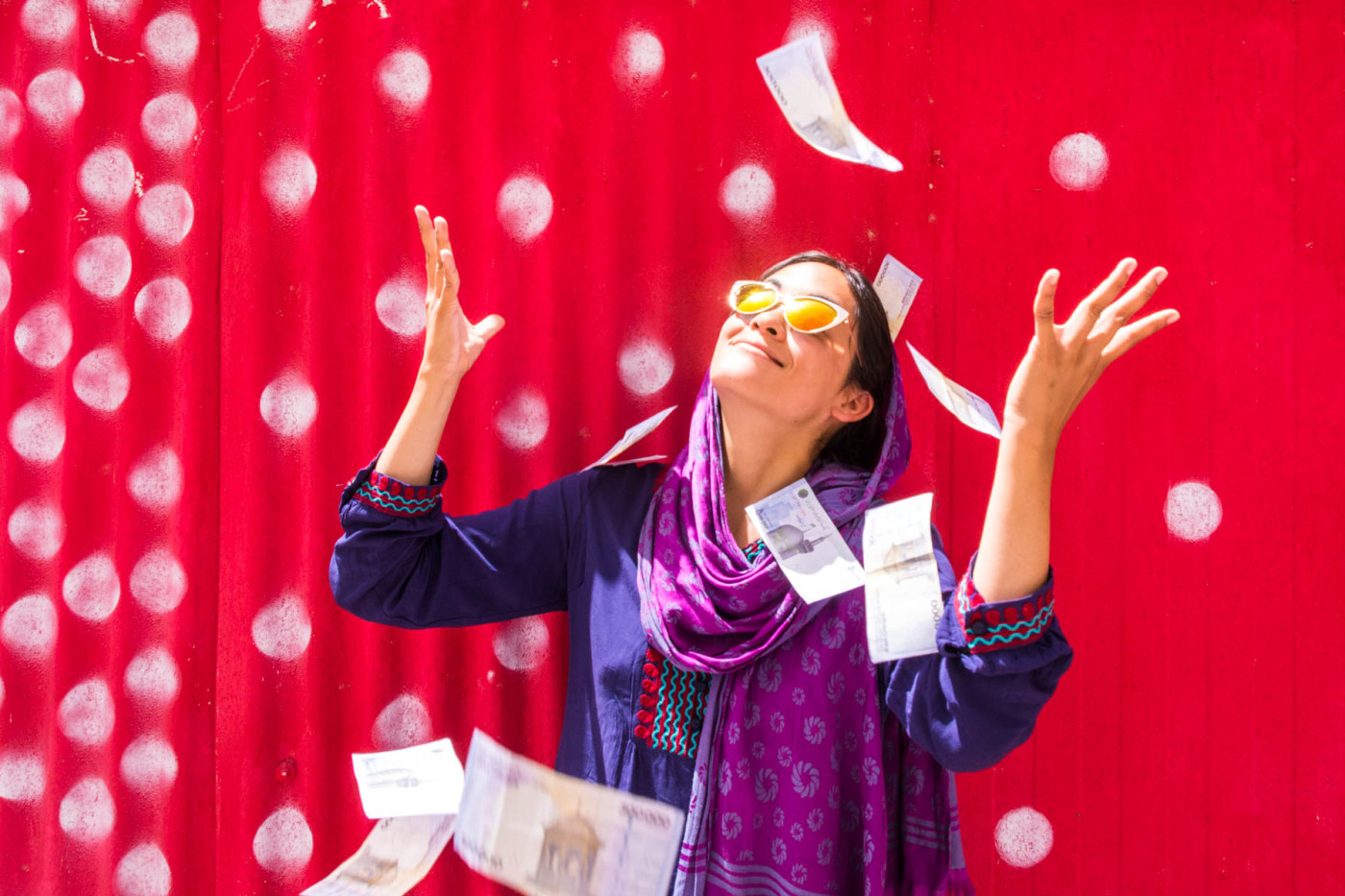 5. International cards don’t work in Iran. Forget ATMs–thanks to the sanctions, you have to bring all the money you’ll need in cash, and change money once in Iran. Dollars are best, but euros work, too.

6. Exchange money at currency exchanges, not banks. Exchanges give better rates than the government-controlled banks. If not labeled “Exchange”, look for small shops similar to jewelry stores that have foreign bank notes in the window.

7. Iranian rials are the official currency.

8. Prices are given in toman, not rials. 1 toman = 10 rials. People will also abbreviate: for example, if someone tells you something is “5”, they mean 5,000 toman/50,000 rials. It’s confusing in the beginning, but you’ll get the hang of it! Just add an extra “0” to the price to figure out the price in rials. Luckily, people in Iran are very honest, and will let you know when you’re making a mistake. Tourist establishments are the exception to this–they usually list prices in rials.

9. Keep your dollars close at hand, and don’t let people see how much money you have. Though theft isn’t very common, you don’t want to be trapped because something happened to your only supply of cash for the trip. Not all guesthouses and hotels have safes or lockers, so for god’s sake, please get a money belt. We can’t recommend them enough.

10. If you do lose your money or run out of cash, carpet sellers in tourist areas can occasionally charge credit cards for a fee. The fee is around 10-20% of the transaction, so only use this as a last resort. 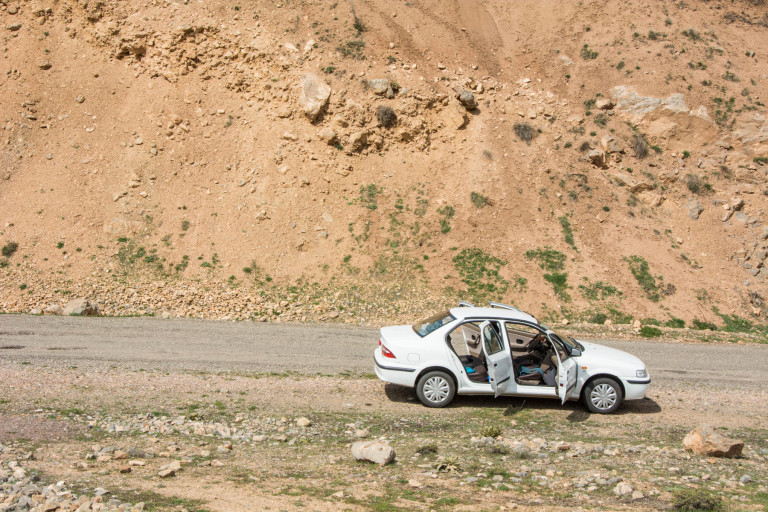 Does this explain the safety situation well enough? We left the car like this for half an hour, and nothing happened to it.

11. Iran is extremely safe for foreigners. You won’t have to worry about violent crime, and petty theft is very rare. Let’s Go Iran’s safety page sums things up quite nicely. As for worries about ISIS? Um, ISIS has never occupied any space in Iran. You’ll be fine.

12. Be careful when talking politics, and don’t insult the Supreme Leader. Speaking badly of the government is punishable by law, so be careful who you talk to. It’s best to pretend to be ambivalent, despite many Iranians being very open about their discontent.

13. It’s okay to go to strangers’ homes. They just want to show you the famous Iranian hospitality! If someone invites you, do accept. Girls, take note: if a man invites you, it’s not proper to accept unless his wife or other women are present, or you’re traveling with a boy.

14. Don’t take photos of power plants, factories, transportation hubs, or anything military or police. You don’t want to look like a spy. The government does not like spies.

15. Hotels will keep your passports while you stay. However, you’re required by law to always have your passport on you. Either carry around copies of your passport while outside, or give the hotel copies and ask for your passport back. Make sure you have a copy of the information page and the page with your Iranian visa, including your entry stamp. You can do this once in the country–there are cheap copy shops everywhere in cities. 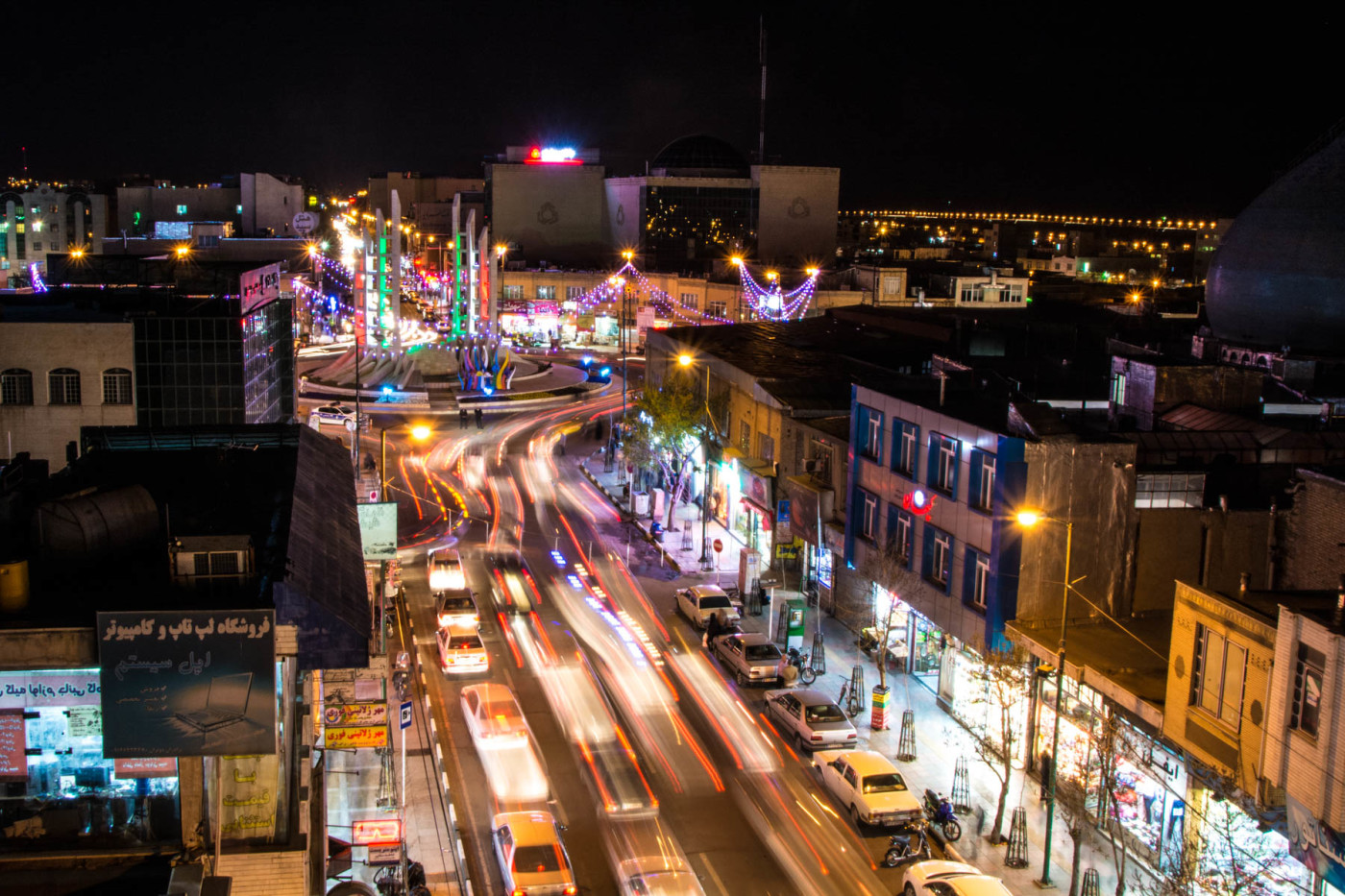 16. Buses are the cheapest and most common form of transportation between cities. There are also domestic airlines, for those that want to save time and don’t mind paying a bit extra.

17. Taxis have no meters, so you’ll have to decide on a price yourself. It’s difficult, especially when you’re not sure where your destination is. We wrote a guide on how to take taxis without getting ripped off, but a good rule of thumb is to haggle for 60-80% of the quoted price, unless it seems abnormally high. Taxis within cities should never be more than 50,000 rials or so.

18. Want a comfortable bus ride? Get a VIP ticket. VIP buses have bigger seats that recline further, and you usually get a snack box for the road. They’re usually twice the price of mahmoolys, regular tour buses.

19. Don’t sit next to people of the opposite sex unless you know them. It’s an unspoken rule, and people will often shuffle around on buses and in cars to get the order right. If there’s no other option, just sit–it’s not the end of the world.

20. Any car can be a taxi. Enterprising locals will often act as unofficial taxi drivers. It’s fine to use their cars, and they’re a bit more flexible with their pricing than official taxis.

21. Many city buses require transportation cards. The cards are sold at little huts next to bus stops. The price of a ride with the card is several hundred rials cheaper than without.

22. Iranian drivers are insane. You’re going to see a lot of speeding, swerving, and sparse seatbelt usage. Prepare yourself.

23. If the driving makes you nervous, stick to official taxis/savaris when traveling between cities. Official taxi drivers and bus drivers have to adhere to speed restrictions, which limits the stunts to a minimum. If that’s not possible… just close your eyes and pray to Allah.

24. Don’t expect buses to stop for food. Roadside snack stalls are usually your only option, so make sure to stock up on food and drinks along for long bus journeys. However, most buses have a supply of water somewhere, and VIP buses usually give out snack boxes.

25. You can ask a bus driver to take a toilet stop. They’ll occasionally stop for guys to take a roadside leak, but ladies have to be more vocal about nature’s call. 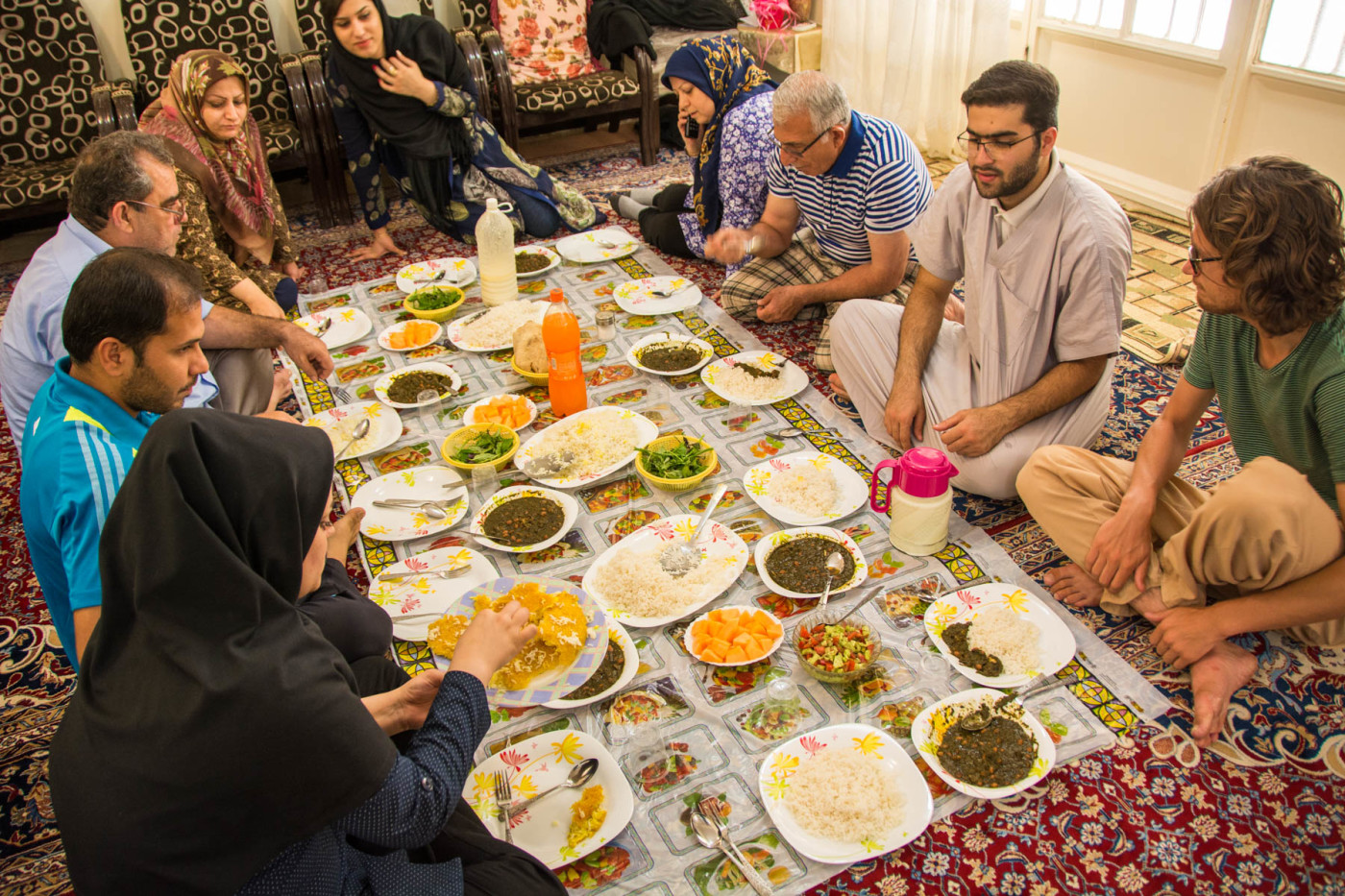 Being literally stuffed with love at a family’s house in Shush. We ended up here after the boy pictured invited us to stay at his home… right after we stepped off of a bus!

26. Iranians love treating foreigners. People you meet are going to want to take you out and pay for everything. Do offer to pay yourself, but if they refuse you 3 or more times (see the explanation of tarof below), just give in and go with the flow.

27. Watch out for tarof. In short, tarof is when someone offers something to be polite, not because they want to. It usually occurs in the form of someone offering to you something for free, but can also apply to invitations. To determine if it’s tarof, offer to pay three times. If the person still resists, the offer is legit.

28. You don’t need to tip. Tipping isn’t common unless you’re at a really nice restaurant, or you were very, very satisfied with a service you received.

29. Take advantage of Couchsurfing. It’s extremely popular in Iran, and an excellent way to meet locals/arrange homestays. Just be warned that many hosts will expect to be with you all the time. And we mean all the time.

Next Page
Tagged
Trip Planning Iran
What did you think of this story?
Meh
Good
Awesome