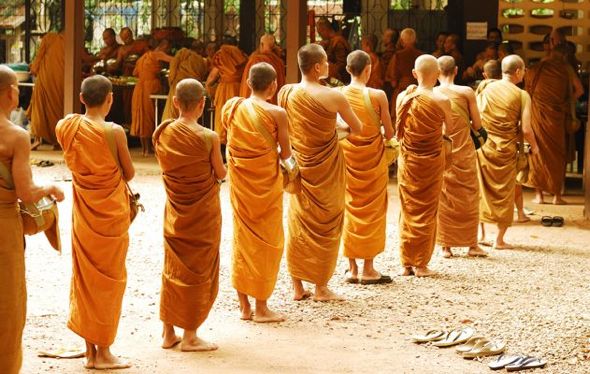 There’s a lot more to Thailand than elephant rides and pad thai.

The King Makes it Rain

The King of Thailand perfected and holds the patent on a form of cloud seeding. He has designed bridges and dams and holds an engineering degree from Switzerland.

The King also plays the sax and composed the Thai national anthem. He built his own sailboat and is a talented oil painter.

He is the longest reigning monarch in the world. The Thai people love him and with many good reasons. 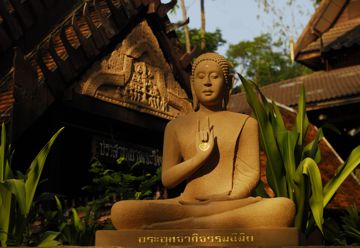 Thai people start counting from when the Buddha was born, who came along before Jesus. A few other Asian countries also count from Buddha’s birthday, but they are all a few years apart.

The Clock Starts Over Every 6 Hours

You know the 12 hour clock, you’ve heard of the 24 hour clock, but you didn’t know that most of Thailand runs on a 6 hour clock that resets 4 times a day.

Bangkok was the temporary Thai capital after the Burmese sacked Ayutthaya. After 10 years or so the Thais moved across the river to start a new capital city called:

This is the longest place name in the world. Thais usually shorten it to just Krung Thep.

The original temporary capital city “Bangkok” was soon swallowed up by the rapidly expanding Krung Tep, so Bangkok is now just one of the many outlying neighborhoods.

If you ask most Thai people where Bangkok is they only have a very vague idea and wouldn’t know exactly how to get there.

The “Thai” in Thailand Means “Free”

Thailand is the only Southeast Asian country that was never colonized. This is a fact that they are very proud of and want ingrained in their national identity.

The Thai alphabet has 6 more vowels than the entire English alphabet! All together, Thais have 32 vowels and 44 consonants.

All the Thai kings in the past several generations have been educated overseas. If you read their personal memos and writings there are many spelling errors. 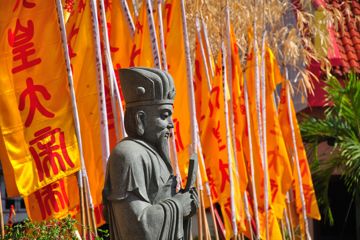 Many generations ago there were no paid jobs in Thailand. Every man had to work for 3 months for free for the monarchy.

Sometimes that labor wasn’t enough and sometimes the kings didn’t trust their own subjects for accounting jobs, so they hired Chinese workers.

Their salaries may have been small, but they gave the Chinese the upper-hand in business, which paved the way to political success.

Thaksin (the highly polarizing former Thai Prime Minister), and a large majority of Thailand’s businessmen and politicians are the ancestors of these early Chinese workers.

Despite living in Thailand for many generations, many of these powerful individuals hold on to their Chinese heritage and often read the newspaper in Chinese.

Vegetarianism is NOT a Western Import to Thailand

The Chinese also brought vegetarianism with them hundreds of years ago. 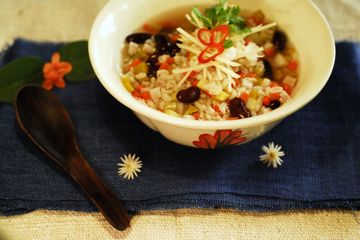 The Thais still use the Chinese word for vegetarianism, simply pronounced “J”. Eating vegetarian has been a major part of the Thai worldview for generations.

Check out 10 Thai Customs to Know Before Visiting Thailand.

For a good laugh, read Matador Nights editor Tom Gates’ diary of an eating binge in Bangkok food-courts. Tom also has reviews of authentic Italian food in Bangkok and the coolest hostel in Bangkok.

Nomadic Matt lives in Bangkok. Matt is an expert on Bangkok nightlife but also knows how to get off the tourist trail in Southeast Asia.

Your very own Matador Abroad editor Tim Patterson thinks You Sabai is the best organic cooking school in Thailand.

For up to date and comprehensive information about travel in Thailand, you can’t do better than the online Thailand travel guide on Travelfish.

Not a Matador member yet? Join our travel community.