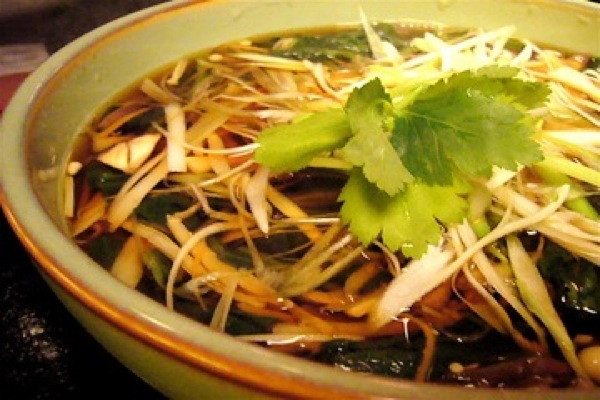 Japan doesn’t have to be exorbitantly expensive. Standing up and slurping noodles, learning to love the supermarket, and munching street eats can help you stick to your budget.

IF YOU’RE LOW on funds while traveling in Japan, there are many fun ways to eat inexpensively like locals, without compromising great flavor and cultural thrills. Below are some possibilities to get you started. 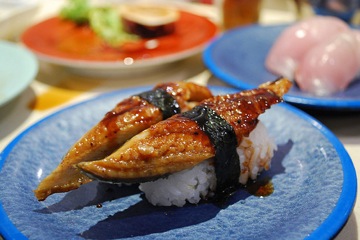 This is only for those with the willpower not to gobble up everything in sight, as it can add up when you start counting the plates. For a very light meal, a plate of sushi can range from 200 to 400 yen, and the quality and flavor are guaranteed to be superior to the conveyer belt sushi shops in the strip mall of your home town.

Remember to find somewhere with a crowd or, better yet, a line. It signals good and cheap. 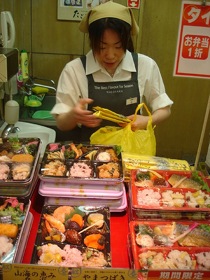 Head to the obento and “to go” isle to pick and choose from little containers of side dishes, sushi, noodles and rice balls. Pretty straight forward—choose what looks good, pay, and have a little picnic under the blossoming sakura trees (if it’s spring). Try not to eat your entire lunch while walking as it’s considered rude. 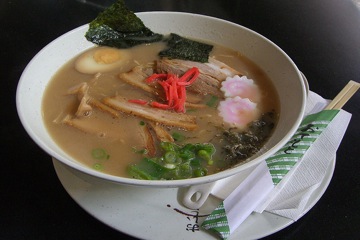 You won’t find any chairs here, or a spot to linger. Choose a dish from the plastic replicas in the glass case outside, and point to it (if you don’t speak much Japanese). The food comes out in minutes, and if you usually love to slurp your noodles, you won’t feel alone, as you’ve got the company of other slurpers.

Many of these shops can be found in busy train stations, as they cater to workers who need a quick bite before going off to battle the day.

4. The food floor in the department store basement

We’re not quite used to Nordstroms or Macy’s having a floor dedicated entirely to food, but this is where you’ll get more schmaltz than option #2 while staying within your budget. For foodies among you, a heavenly culinary experience awaits–there many small shops selling freshly made food presented like a work of art.

Choose from Japanese, Chinese, Korean, French or Italian food to go in containers. There’s also free food in the form of samples, offered by almost every shop—almost enough to supplement your meal. If you feel that the samples were less filling than you thought, just visit more department stores until you’ve had enough.

This is Japanese street food at its best, served from small mobile food stalls in the evening hours to feed and inebriate business men after a long day. Yatai can also be found at omatsuris or fairs. 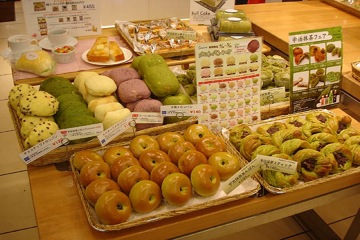 Japanese bakeries are worth checking out to fill your savory and sweet cravings. There are breads and pastries you won’t find at home such as melon bread, red bean doughnuts, fried curry bread, and sweet potato pastries, to name the most commonly found.

Take a tray and choose the most delectable looking. Grab a drink and pay at the front. The bread will expand in your tummy leaving you feeling full until the next meal time. 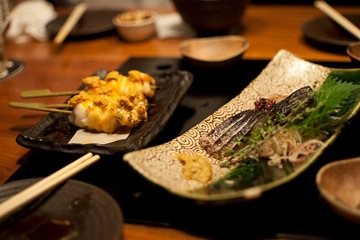 Here’s a place to go if you absolutely must feel as if you’re eating at a restaurant. It’s primarily a spot for drinking and smoking R&R, while munching an assortment of small dishes— much like Japanese tapas.

Most izakayas have picture menus which change according to seasonally available foods. No two Izakayas serve the exact same food unless it’s a franchise—so you’ll never know what you’re going to get. 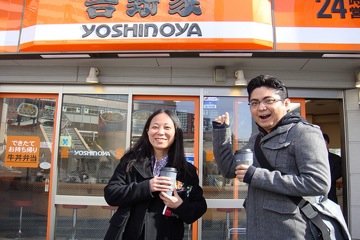 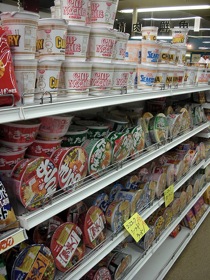 In the worst case scenario where you’ve only got 300 yen left—equivalent to three bucks, rest assured a full stomach is possible. Visit a supermarket and head to their instant food isle, entirely dedicated to instant ramen. My favorite is the curry ramen with carrots and potatoes that plump up with the addition of hot water.

If you want something even cheaper, there are 100 yen shops around which carry instant noodles for a buck. Not bad.

Interested in Japan? Watch this video about a traditional Japanese meal, or get inside Japan’s freaky-themed bars and bathhouses.

New additive-free tequila program highlights the true taste of Mexico’s famous spirit
11 Indian curries that are infinitely better than chicken tikka masala
For the future of plant-based burgers, chefs are looking to ancient history
23 Puerto Rican foods the rest of the world should know and love
India’s 8 best vegetarian dishes everyone will love