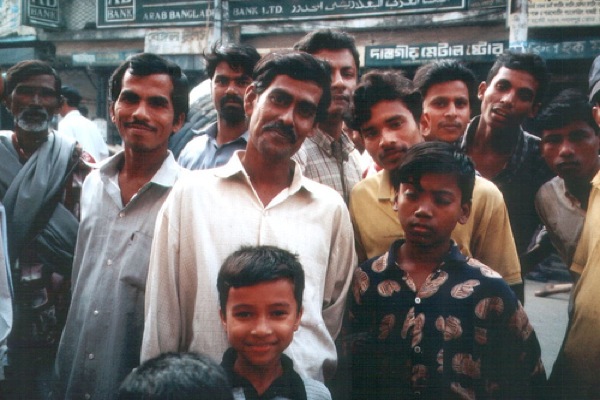 An American living in Bangladesh struggles to understand and adapt to local methods of communication.

After the hour-long scooter ride to a scheduled appointment at a research center and a forty minute wait in the lobby, the secretary finally felt it was time to share that the coordinator was not coming in at all—our meeting was canceled.

Almost nine months into being here, I’ve come to find that in Bangladeshi culture people constantly talk, but no one communicates. Words are thrown around in conversation, but they are seldom concise and often add irrelevant information. Meetings that could have been accomplished with a five-minute phone call turn into an hour commute and a two-hour discussion that digresses from women’s empowerment to the freedom of jungle chickens. It takes my roommate ten minutes to tell me a thirty-second story. I’m constantly snapping at her, “Yeah, I get it—then what?” 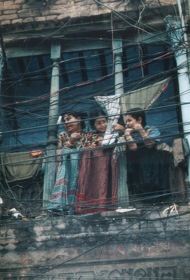 This lack of communication goes beyond the obvious language barrier. I have learned enough Bangla to communicate my needs and am skilled enough in the art of charades to express to a waiter an order of vegetable soup without prawn. Yet he still argues for seven minutes that the taste will change. “Yes sir, I want the taste to change, I’m a vegetarian.” With the inability to express oneself concisely comes the inability to understand anything that is not repeated twenty times.

I believe the real miscommunication stems from this need for incessant repetition. If you don’t reiterate your needs at least three times, you’ll be misunderstood. As an ex-pat from fast-talking New York, it’s infuriating to have to repeat myself. Telling a rickshaw-wallah that I’m going to Karwan Bazar but ending up on Shatash Road made me late for a meeting. When I told my colleagues why I was late, they dismissed me, saying “You have to tell the wallahs four times.”

Alarmingly, what I found myself doing was adapting to another way that Bangladeshis communicate: through force. After I noticed we were heading in the wrong direction for several blocks, I then repeated to the rickshaw-wallah that I wanted to go to Karwan Bazar. He began mumbling under his breath that I made him go in the wrong direction, while I fumed that he didn’t listen in the first place.

At a turn, the wallah accidentally ran the wheel up a pedestrian’s leg. A typical Bangladeshi male stare-down occurred: the death stare with widened eyes, a raised hand, and a spew of curses so fast it sounds like an enraged auctioneer with a jawbreaker in his mouth.

After several seconds of this “masculine” throw-down as I screamed, “Go, uncle, move on,” I raised my own hand and smacked the wallah in the back to snap him out of his red-blooded trance.

I hit another human being. I resorted to violence, the sort of violence I am trying to combat in my work. In all reality, he didn’t even respond to my hand smacking his back. He just pedaled forward, yelling at the man behind him. But was it appropriate? Though it is culturally acceptable, should I have hit him?

Dozens of times in a day I see the standard “hand-raise-in-preparation-to-hit” directed towards children, women, beggars or lower class men. More often than not, the hand comes down on their cheeks, heads and backs. Physical violence becomes a straightforward method of communication—a straightforward method that their verbal expression lacks. 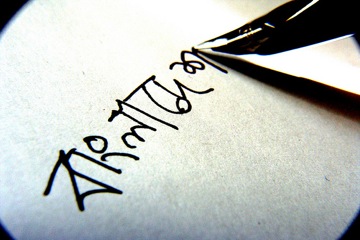 It was pointed out by another expat that this is a preliterate society. According to UNICEF, Bangladesh’s literacy rate is 54%. For UNICEF, adult literacy is determined by the percentage of persons over 15 years of age who can read and write. This statistic can be skewed when people who can sign their name are counted as literate, even when they can’t read or write much else.

No matter how illiterate Bangladesh is on paper or in reality, many adults today never learned to practice comprehensive conversation. In societies with higher literacy, schools teach their students to be direct in essay writing and to clearly articulate their questions. A lot of adults didn’t have that opportunity in Bangladesh, and if they did, they were still raised by parents who didn’t. They were raised by parents who smacked them to make a statement.

This violence is still occurring—on the streets, in my friends’ families, even in safe homes for women and children. When a baby is crying, relatives raise their hand to teach them to listen. And I picked up on it. Humans adapt to their surroundings, but I am not proud of this moment of adaptation. This cultural habit and form of communication is something I can’t accept and I don’t want to mimic. I refuse to believe that hitting a baby will help it listen better. Violence perpetuates violence, and it’s a cycle that should end.

It’s a given that communication goes beyond verbal expression. It involves facial expresions, eye contact, charades, sign language and physical contact. Gently patting a child’s head says “Hello, sweetie.” Smacking would fall under physical contact communication—but it is invasive and violent. Violence will ultimately be redirected elsewhere—perhaps back to you.

As my rickshaw drove away, I saw this negative side of Bangladesh culture I was adapting to. I want to assimilate into this culture but I refuse to absorb a negative trait. Cultures are ever changing and pluralistic, and I’ll assert that ending smacking as a communicative expression would be a positive change for this culture.

There are better cultural characteristics that I could pick up on: patience, for example. Luckily I still have three months left for that.

What did you think of this article?
Meh
Good
Awesome
Bookmark
Posted In
Culture
Destinations
Bangladesh