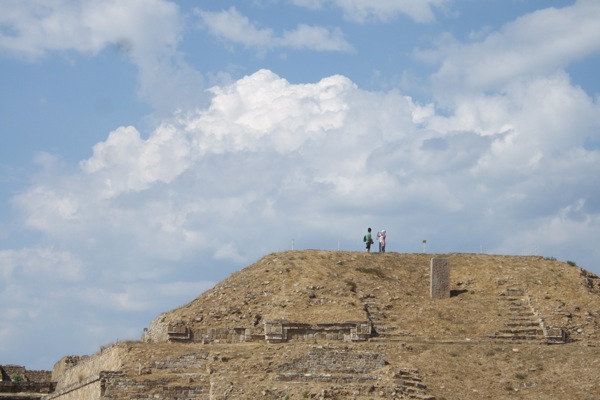 “Mexico is…” some cultural entity pops up and smacks you in the face. Scratch that, you think. I don’t know. Don’t know what this culture is, and don’t know how I feel about it.

That’s why it seems to me that culture shock is the real constant in all of the exploration and exchange that happens traveling. It happens on the first day of your first trip overseas in a foreign country. It also happens on a regular basis in your eleventh year of living abroad. It’s ubiquitous and inevitable and it creeps up at the most unexpected moments.

Even after several years in Mexico, there are still little things that jolt me, sometimes positively, sometimes negatively, most of the time in a confusing gray zone between the two. 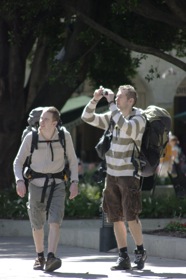 Why is it that so many men riding in cars feel the need to bark at my dog? At first I thought it was just the street sweepers in a pathetic, bored, macho pick-up attempt. But then it happened again, and again, and I realized, men notice the dog, they pay attention to the dog and…they bark.

I could make attempts to analyze this through the lens of machismo, which wouldn’t be too hard (man sees big dog, man sees girl walking big dog, man feels slightly less manly, man barks) but I actually think it goes further than that. I think it’s about contact.

If you establish some sort of connection to a person, paying attention to their kid or their dog or something about them, you’ve got to follow through with it. I think it harks back to a time when Oaxaca was still a pueblo, and social norms called for a “buenos tardes, señorita,” or its equivalent for everyone you passed. Now those times have (mostly) gone, but still, passing people on the street, I feel a strange obligation to take them into account like I don’t feel anywhere else.

There’s less of a personal space barrier here overall, and when you’ve made eye contact, you’ve made contact. There’s this pressing, suppressed need for acknowledgment. I feel that a lot, and the dog barking incidents are the most recent manifestation. 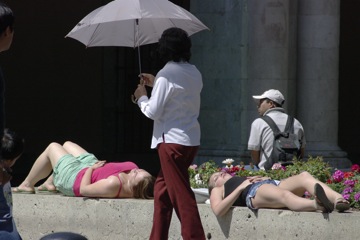 So when I came across this gorgeous, bone-deep photo essay on culture shock, I immediately related to it. Yep. As a traveler, this is a familiar feeling, sometimes jarring and unpleasant, sometimes thrilling, but indispensable to that experience of being outside one’s comfort zone.

Thus in all of that squirming around you’ve done trying to get comfortable in other cultures, what sorts of shocks and surprises have you had? What have you found traumatic, exhilarating, or both? Please share your culture shock stories below.