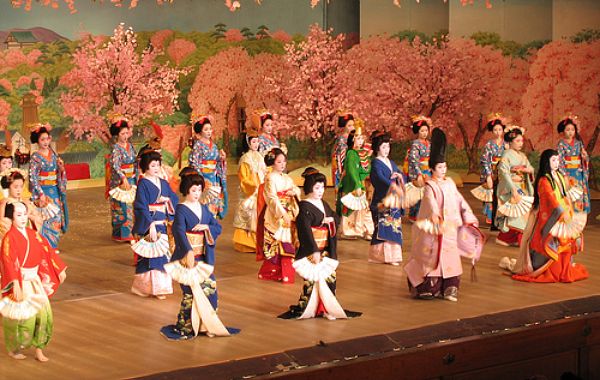 It’s not easy for a Japanese woman-of-the-world to pair up with even the most progressive Japanese man.

Jun-Japanese. Or “pure Japanese” girl. Apparently, they are what all the Japanese men are into. The only ones they’re into.

So says Cherie, a blogger born and partially raised in Japan, partially raised in New York. After attending college and working in Boston for several years, she was placed in her firm’s Tokyo branch. Now, she is following the love trends of the young and hip in Japan’s largest city.

About the preference for Jun-Japanese woman, she notes:

Recently, the hot topic among my friends are the unpopularity of fashionable, successful, intelligent, beautiful Kikokushijo (returnees) among Japanese men…whether the guy is a Kikokushijo or a jun-japanese, they seem to prefer the typical demure, proper, cute Japanese girls to outspoken, adventurous, successful Japanese girls.

Ok, interesting. I can’t say I’m necessarily surprised, with the culture of tradition which still prevails in Japan. But in Tokyo? Even with the young and hip?

Cherie essentially blames it on ‘men being men,’ saying, “Yes, yes, I know. At the end of the day, men prefer to be praised and admired by women than have a great partner of his match, challenging him and stimulating his intelligence.” Oh, lordy…really?

I guess even the Japanese guys raised outside of Japan still prefer the Jun-Japanese ladies:
>

There is the successful banker guy who was BORN in the UK and spent all his life in London…nothing should intimidate him, for someone with great education and status! But yet, immediately arriving in Tokyo, he starts dating a Jun-Japanese girl who praises him and admires him but not share anything of his experience in the UK, never mind about dancing to Chemical brothers or sing “Champaign Supernova.”

I can’t help but think of some of the situations faced by one of my best friends, who is of Taiwanese and Irish descent (yeah, she’s gorgeous).

For some reason, she has always tended to be into Korean guys. You can see them almost salivating over her, and yet more often than not, they won’t date her because they “want” a Korean girl. The whole concept of tradition outweighing love has always astounded me.

But I guess it’s something the Kikokushijo women are forced to face as reality. I wonder if that means more of them will end up dating/being in a relationship/marrying non-Japanese men.

And if so, how long will the Jun-Japanese last?

Anyone who has lived in Japan agree or disagree with Cherie’s take? Share your thoughts below.

Tagged
Culture Tokyo, Japan
What did you think of this story?
Meh
Good
Awesome