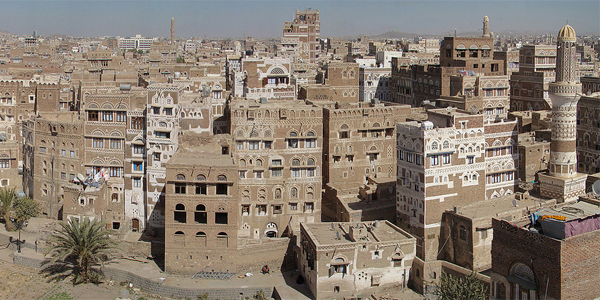 If you’ve ever wanted to learn Arabic, consider jump-starting your linguistic and cultural awakening in the ancient city of San’a, Yemen.

DESPITE ITS RAP as a hotbed of kidnapping, terrorism, and tribalism, San’a, Yemen is doing for Arabic what Antigua, Guatemala has done for Spanish: making the language affordable and accessible in a stunningly beautiful location (UNESCO has declared the entire old town of San’a a World Heritage Site).

Wandering the labyrinth streets of San’a is like peeking back into the Persian Gulf before oil, before the trappings of modernity. Here the essence of frankincense – piney, medicinal and evocative – drifts between lopsided towers of stone and mud brick.

Stacked on top of each other six to eight stories high, the towers drape the narrow alleyways in shadow. Yemeni women seem to float by, their eyes encased in head-to-toe black veils. 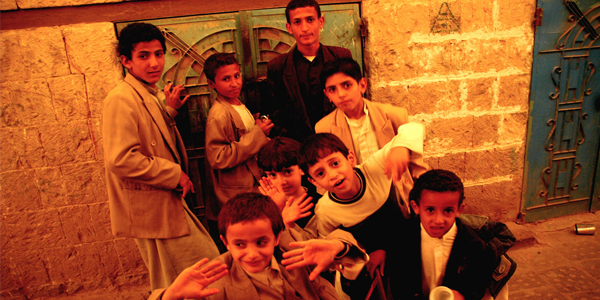 Mustachioed men in turbans and long skirts sport curved blades. Smiling broadly, they ask for your name, where you’re from. Little boys and girls stop and stare before chanting, sura, sura, sura! (Photo, photo, photo!). The cacophonous adhan, the Islamic call to prayer, thunders down from the peaks of minarets spiraling skyward.

The sights and sounds of ancient San’a get you all turned around. Don’t worry though, that’s part of the fun. But when the minarets get to whirling like dervishes and you’ve heard the adhan more than once, you’ll know its time to stop one of those guys in a ma’waz (an ankle-length skirt) and jambiya (Yemeni dagger) to lay down that line you’ve been practicing on the plane ride over: Low samahat, eyen madrassa arabia? (Excuse me, where’s the Arabic school?)

They’ll be delighted with your attempt at their language and will more than likely escort you all the way there. If you’re feeling adventurous, accept their invitation to join them after class for a traditional afternoon of chewing qat, a mildly addictive stimulant grown throughout Yemen. 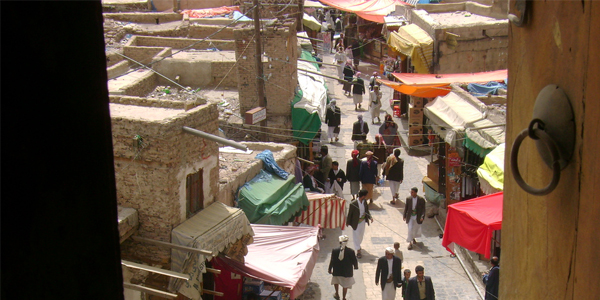 During class, you’ll get the kind of attention that would have made you squirm in your high school French course: intensively individualized instruction. Unlike in Tunisia, Syria, and Egypt (where as many foreigners as possible are packed into a class), classes in Yemen max-out at six students per teacher.

Before you book your flight, here’s a couple of places that’ll get you headed straight into the heart of Arabia.

Part of the University of San’a, the school offers monthly intensive courses for US $390 for three to six students (80 hours: four hours per day, five days a week).

For more on travel in this under-visited region, check out 6 Under-the-Radar Destinations in the Middle East, 7 Reasons to Travel to Iran NOW, or Discovering Israel’s City of the Future.

The scariest urban legends from each US state
39 of the most breathtaking natural wonders in the world
Sorry, summer. Fall is the ultimate road-tripping season.
Wombats are the heroes of the Australian fires, sheltering animals in their burrows
The best regional fast food chains to enjoy during your next road trip

What every American should know about the Middle East