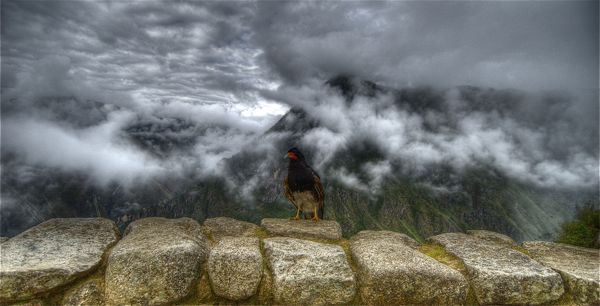 Photo above and feature photo by wili-hybrid.

Looking to travel in Peru? Wait until Machu Picchu dries out.

I spent three days in Cuzco and the Sacred Valley last week. I was dry for about two hours.

The Vilcanota River was high and moving quite a bit faster than normal as I left the Aranwa Hotel a week ago. Good for rafting, but not good for what happened on Jan 27th.

While it is the rainy season in the Andes, this year the downpours have been especially brutal – the heaviest in 15 years.

For the past three weeks rain has delayed flights, damaged roads and houses, and muddied up the road to Manu until it became impassable – completely screwing up a trip I had planned.

A state of emergency has been declared in the regions of Cusco and Apurimac. On January 24th the rain didn’t let up. It kept coming. And then it rained some more. 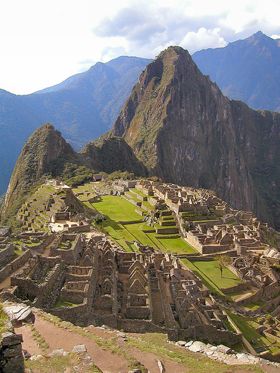 Landslides trapped as many as 2,500 people in the town of Aguas Calientes, the base for trips to Machu Picchu.

The town itself has seen heavy flooding, but the most serious issue is that the railway between Cusco and Aguas Calientes, has been wiped out at km 82 by the Vilcanota river.

With no other way out, a massive evacuation by helicopter is under way. By the end of Jan 29th, most travelers should be evacuated. Rumors have it that Chile sent its presidential plane for their stranded citizens.

Access back to Aguas Calientes for incoming travelers should be restored within three weeks – though a portion of the rail journey will need to be taken by bus until the rest of the work is complete.

The 28-mile trek on the Inca Trail, where an Argentine tourist and Peruvian tour guide were killed in a mudslide, is also closed until further notice.

>There are a few flight delays, mudslides have wiped out roads, an estimated 80,000 homes in the region have been damaged, but the city of Cuzco is still there. Spanish conquistadors couldn’t tear it down.

Tamales, from the dedicated lady right in front of Gato´s market on the plaza, are still two per sol.

Have you seen Matador’s Focus Pages?

Our Peru page should be your one-stop resource for travel tips and articles about Peru.

What did you think of this article?
Meh
Good
Awesome
Bookmark
Posted In
Travel
Destinations
Peru

Why Peru is the most underrated surfing destination