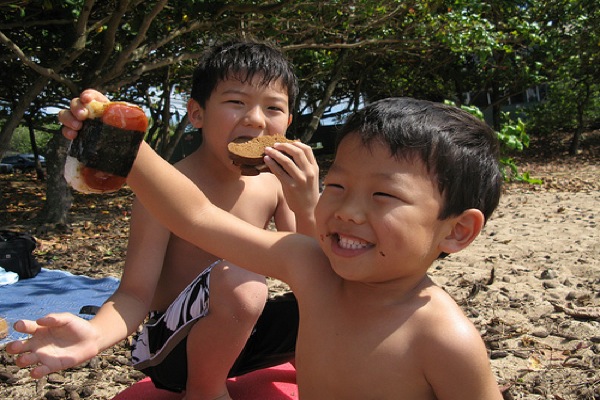 When visiting Hawaii, eat like a local— it’s cheaper, and you’ll experience the gustatory thrills of Hawaii’s vibrant multi-ethnic flavors.

THE FOLLOWING IS A gustatory sampling of the foodie world Hawaii has to offer. 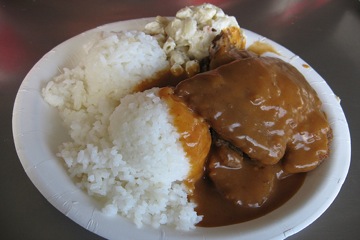 This one’s a gut buster, but it can easily be split between two to three light eaters for a satisfying meal.

A styrofoam plate is loaded with a scoop of rich macaroni salad, two scoops of steamed white rice, and two to three meat entrees of your choice, leaving every square inch of the plate covered with food.

Your entrée choices will differ— you may get Korean barbeque meats, Japanese breaded and fried fish, Chinese style stir fry, or traditional Hawaiian foods such as Kalua Pig and Lau Lau (steamed taro leaf filled with meat). To find a good place, ask locals for recommendations, or follow your nose and the lunch crowds.

It’s not what you’re thinking. Crack seed is a term used to describe a variety of dried and seasoned preserved plums, peaches, apricots, cherries and lemon peel, eaten as snacks.

Available at a crack seed shops, supermarkets and even Costco, Li Hing Mui is the classic dried and salted Chinese plum, also available in powdered form to sprinkle over Gummy bears, popcorn, rice crackers and even ice cream. 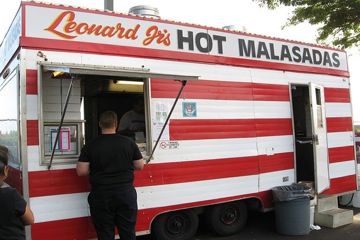 If you’ve only known Dunkin Doughnuts, you must try a Malasada– a Portuguese doughnut eaten piping hot, coated with enough sugar to give you sugar whiskers. These are made at the annual Punahou carnival, although there are two Malasada shops, reputed to be the best in Oahu—Champion Malasadas>and the classic Leonard’s Bakery.

Spam has a bad rap as the funky mystery luncheon meat loaded with nitrites, yet it’s adored in Hawaii. Try a Spam musubi –a compact rice ball topped with teriyaki spam and held together with seaweed. You’ll find these at convenience shops, supermarket delis, and even at some hospital cafeterias.

5. Desserts of the mochi family 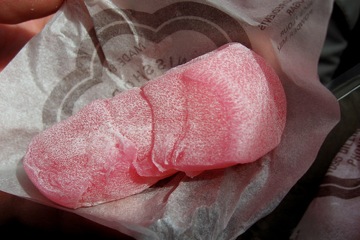 Chichidango is a Hawaiian adaptation of the Japanese mochi— a baked coconut mochi, sliced into squares for chewing. Butter mochi is its relative– made richer with the addition of butter and eggs, and resembling a cross between custard and mochi. Both are commonly sold at bake sales.

Mochi ice cream combines the best of both worlds—chewy mochi and a decadent ice cream center. Bubbie’s Ice Cream is well known in Oahu for having the largest selection of mochi ice cream–my favorites are their lychee, liliko’i passionfruit and guava flavors. Dave’s is another local ice cream shop option, and both have several locations throughout Oahu, making ice cream stops easy to squeeze into a leisurely itinerary. 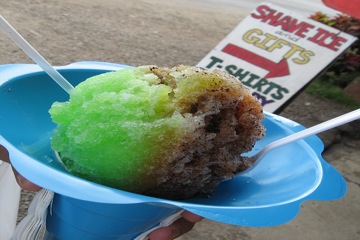 Shave ice has a finer texture than the snow cone, and it’s topped with flavors that go beyond the usual cherry, grape and strawberry — try the Li Hing Mui, lychee, Blue Hawaii, or honey dew for something different. If the flavor options are perplexing, get the rainbow—it’s a mix of flavors and colors.

Extra add-ons include sweetened red beans, mochi balls, a drizzle of condensed milk, or a scoop of vanilla ice cream. Oahu has 3 well known shave ice shops– Aoki’s and Matsumoto’s in historic Haleiwa town with its long weekend tourist line, and the Waiola Bakery, a small hole in the wall local favorite in Kapahulu.

A common party food eaten as a pupu (appetizer), poke are chunks of raw fish or seafood, seasoned with Hawaiian sea salt, chili flakes, soy sauce, chives and crunchy seaweed. If you dislike fish, try the octopus, baby crab, clam, or conch varieties. For the best selection and quality, visit Chinatown or the Ward Farmer’s Market.

A thick paste is made by pounding cooked taro and eaten as a side dish with meat. If you find it bland, let it sit for a day, and it will develop a delectable sour taste that many find appealing. Kulolo is a thick pudding made by mixing poi and coconut milk. 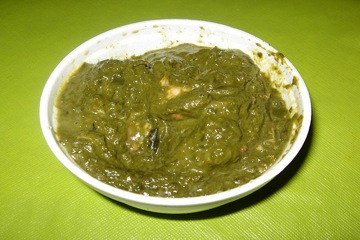 Don’t be put off by its green baby poop like appearance—it’s a tasty mix of squid, coconut milk and soft taro leaves cooked together until soft and runny. I’ve also seen this made with chicken.

Traditionally, a salted pig is placed in an underground oven lined with banana leaves, and left to cook in the smoky heat for the whole day. For the busy, modern day Hawaii resident, the dish is made quicker by sautéeing shredded smoked pork with cabbage. 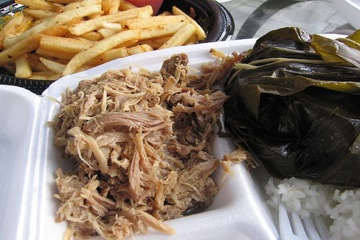 The word “Lomilomi” in Hawaiian means to massage—raw salmon cubes are massaged with Hawaiian sea salt, then left to marinate with chopped onions and tomatoes, like a Hawaiian Ceviche.

The long rice in the dish is actually the chopped up cellophane noodles that resemble long strands of rice when cooked with shredded chicken and veggies. This dish is thought to have been brought by the Chinese immigrant workers of the past.

If you can’t get enough coconut, have a block of Haupia—a sliced pudding made of sweetened coconut milk thickened with cornstarch. If you’re more of a McDonalds type person, try the Haupia pie on the menu—chances are, you probably wouldn’t get it back at home.

If you’re headed for Hawaii, you might want to cast a glance at ten surf spots for mortals and look up how to rent a car. If you’re the type that likes to freak yourself out at the possibilities for disaster, creep out with these worst case scenarios.

What did you think of this article?
Meh
Good
Awesome
Bookmark
Posted In
Travel
Destinations
Hawaii, United States

Why cruising is an unexpectedly awesome way to see Hawaii

This Hawaiian island was wiped off the map by a hurricane

The 9 most amazing camping spots in Hawaii

The 12 coolest things to do in Kauai

8 stunning trails you need to hike in Hawaii

Why Lanai is the last tourist-free Hawaiian island

Popular Kuhio Highway in Hawaii reopens after a 14-month closure

There’s never been a better time to visit the island of Hawaii. Here’s why.