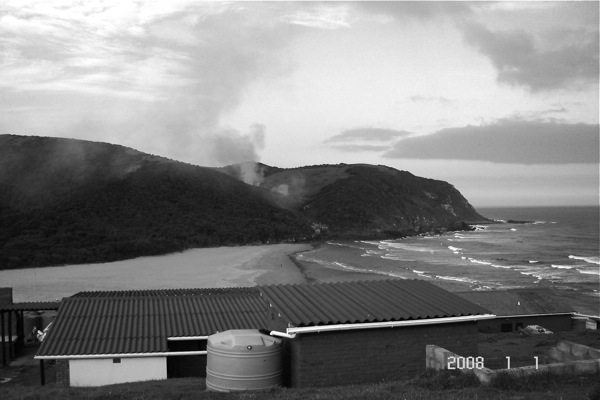 Hints for studying one of South Africa’s eleven official languages.

My only experience of life in a Xhosa village is of a walk with a friendly woman in the Transkei, who took us back down to the beach, along a thorny, dense thicketed path. We had gotten lost on our attempted hike, and were trying to make it back to our seaside hostel, The Kraal, without walking shoes.

She walked the entire path without any shoes either, but I didn’t see her flinch. This experience gave me a profound respect for the rural Xhosa lifestyle and attitude. After all it’s a similar upbringing the revered Nelson Mandela would have had in the village of Qunu, which is also part of the former Transkei.

Xhosa, or IsiXhosa, is one of South Africa’s eleven official languages, and is predominantly spoken in the Eastern Cape region, including the former Transkei and Ciskei areas, where Mandela and former president Thabo Mbeki were born. According to South Africa Info 17.6% of the country speaks Xhosa.

Xhosa culture is typically represented in the rural areas of the Ciskei and Transkei, where herds of cattle sleep unperturbed on the quiet beaches and ladies grind maize on concrete next to turquoise painted rondavels, or thatched huts.

In the rural areas traditional ceremonies are still practiced, including the rite of passage into manhood by young men, who leave their villages for a certain time and undergo circumcision. After this ceremony they wear ochre-coloured clay on their faces to signify that they have undergone initiation. Mandela describes his own initiation ceremony in his autobiography, The Long Walk to Freedom.

However, migrant labor has also lead to an urban representation of Xhosa culture, which is largely characterized by the idiosyncrasies of township life, including a community spirit and social gatherings such as chisa nyama (literally “hot meat”, or barbeque, also known as braai), which is eaten together with pap (porridge).

Unfortunately, the nature of South Africa’s past, and the diversity of its population has prevented linguistic assimilation to a large degree. Even people like myself, who have spent their entire lives in the country, still don’t understand all the languages spoken around them.

Xhosa, like the other eleven official South African languages, has been influenced and shaped by hundreds of years of migration, colonialism, apartheid and the discrepancy between rural and urban life. As a result of previous apartheid legislation, areas like the former Ciskei and Transkei were declared “independent” states in an effort to isolate ethnic groups.

However, this “independence” also created a lack of infrastructure and high levels of unemployment, which means that many people from these areas have left for cities like Cape Town to look for work. More and more people in South African cities like Cape Town speak Xhosa, and so the need for people to learn the language in these areas has increased.

There are several language schools that specialize in Xhosa instruction, such as Xhosa Fundis in Woodstock, Cape Town, which offers an intensive six-week course- with ample time to practice Xhosa’s characteristic “clicks.”

Apart from classroom instruction, and online learning, other language schools, such as Ubuntu Bridge offer what they call Xhosa Culture Tours, and Language Immersion Opportunities. These can be a one-night stay in a Xhosa home in the informal settlement of Khayelitsha, or an extended stay in traditional Xhosa village in the rural Transkei or Ciskei for up to 10 days.

Both Xhosa Fundis and Ubuntu Bridge also offer corporate or team building packages, which cater to adult learners in an organizational context. Language schools like these also make an effort to introduce aspects of Xhosa culture, such as the difference between life in the rural areas, or ezilaleni, and in the “townships”, or elokshini.

You can try to study via CD’s, books and classes that will teach you the grammatical nuances, because like any other language Xhosa is complex. According to the UCLA Language Materials Project there are also several dialects of Xhosa, which include Ngqika, Gcaleka, Mfengu, Thembu, Bomvana and Mpomdomise.

Or, as I experienced while trying to learn Spanish with only a phrasebook in South America, another way to study Xhosa is to take a hands-on approach. One way of doing this would be to get involved in the local community outreach, by volunteering to teach at understaffed schools in the Cape Town area or in the rural areas of the Eastern Cape.

There are numerous volunteer organizations that operate within these areas; however, SHAWCO which is based at the University of Cape Town (UCT), is one of the better-known ones. The organization is run by students who volunteer to assist learners in the surrounding township areas, so it offers an ideal opportunity to improve your Xhosa language skills.

Whether you take an academic or immersion approach, I think learning Xhosa, and any one of the other eleven official languages, is a valuable skill and one that I, as an English-speaking South African, hope to acquire myself. I feel that growing up in a segregated country has limited my experience of life in my own country: something I hope to change.

Tagged
Culture South Africa
What did you think of this story?
Meh
Good
Awesome