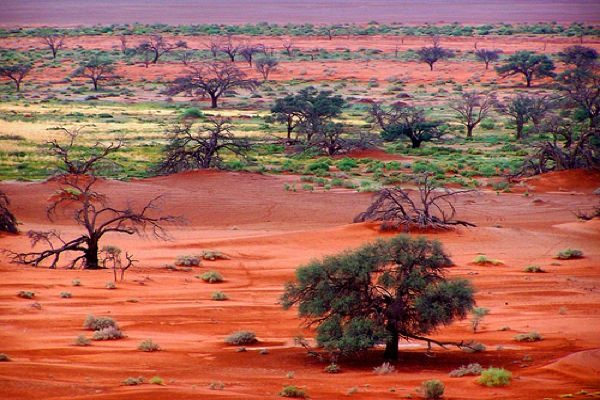 A Peace Corps volunteer in Namibia learns that justice, too, is culturally relative.

“You can’t handle the truth!”

This was my line, and I said it just like Jack Nicholson from the witness box.

We were sitting inside an African courtroom, summoned to start proceedings at 9:00 am. Victims of a crime, it was finally our day of retribution.

However, the hour was already 11:00 am and not one single person had managed to show.

No judge, no lawyers, no defendant. Just two foreigners naïve enough to actually arrive on time.

To fill the stuffy empty space, we reenacted scenes from movies like “A Few Good Men” and famous news cases. OJ Simpson kept us occupied for at least forty-five minutes.

My housemate Nicole and I were Peace Corps teachers living in an isolated desert region of Namibia. That day we experienced an eye-opening brush with an African legal system.

All the events leading up to that day and its aftermath taught me that just like ideas about time, family, and relationships, basic concepts of fairness and punishment are also not universal. Justice is culturally defined. 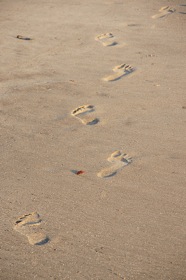 Over the previous year, we had noticed things go missing from our ramshackle house in the township. Most items were inconsequential– chocolate bars, small bills, or wooden figurines. Not anything to be stressed about.

It got serious, however, when our battery-operated boom box and favorite mix tape, a compilation of 90s hits, disappeared.

Living in a remote place, music was an important outlet for us. That boom box was so much more than just entertainment. It was our friend and often our therapy. Needless to say, as volunteers living far away from home with so few resources, we felt violated. We were also troubled that someone was entering our private locked space.

Spurred on by indignation, we asked neighbors if they had seen any trespassers. Amazingly, they answered yes. The perpetrator was Eiseb, a 15-year old local schoolboy and well-known thief.

In that moment, we learned our first lesson about the Namibian sense of fairness. Not wanting to rat out one of their own, our neighbors did not intervene in the least. That is, until we asked. Then the floodgates opened.

After Nicole and I identified the boy to the police and filed an official report, events got stranger.

Eiseb was taken into custody, and we were invited to retrieve our own possessions from his home.

There’s nothing quite like conducting your own search and seizure, I was to learn next. It’s unsettling.

When we arrived at Eiseb’s dusty shanty home on the other side of town, I did not feel righteous at all. Instead, shame crept up inside me.

Eiseb’s mother stood out front, holding a baby in one arm and stirring an iron pot with the other. A goat wandered through the yard. The mother waved us into the house without even flinching.

Inside Eiseb’s musty dark room, we found all of our missing items and even a stockpile of things we didn’t know were gone.

One of my blouses, a pink and purple plaid L.L. Bean was found crumpled in a ball in a corner. Eiseb’s mother later revealed that her son enjoyed wearing it often. His family knew good and well it was stolen from the house we lived in.

Relieved that our thief was Eiseb and not someone much worse, Nicole and I were ready to forgive and forget. The only thing we really wanted was to listen to Hootie and the Blowfish again.

However, the police had to retain our things as evidence. What’s more, we were obligated to appear in Namibian court.

At first we resisted the court day, not wanting to stir up trouble. It can be tricky being a foreigner living in Africa. But eventually we agreed, considering that Eiseb could easily graduate from breaking and entering to more serious crimes. Besides, he had violated the law, hadn’t he? 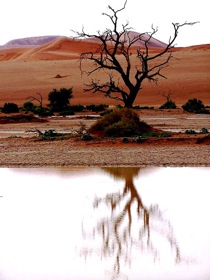 Most of the community also encouraged our decision. Coworkers regularly shook their head and lamented Eiseb’s bad behavior. Neighbors apologized that we endured a bad experience in their village.

“Terrible what these young kids are doing these days,” they would say and cluck their tongues.

After months of waiting for our court day and then three more hours for the legal parties to arrive, we finally brought Eiseb to justice, African style.

In a nutshell, Eiseb was found not guilty, and he received no punishment.

Moreover, we never got our possessions back.

We’ll never know who ended up with the boom box and the pink and purple top, not to mention the money, wooden figurines, bras, books, shoes and very embarrassing cleavage photograph stolen.

And even to this day, my “American” sense of justice doesn’t completely understand the ruling.

We had evidence, witnesses, and police and community support. And what lesson did it teach Eiseb or other kids who might be tempted to do the same?

A short time after, I met a wood carver at a tourist spot outside of our village. As is common in Africa, where locals know everyone’s business, he also knew our case.

The wood carver put it all in perspective for me.

“It is your own fault. You come here. You are rich. You have money. You have things.”

I guess I can’t handle the truth.

The Japanese folk art of sashiko mending is a stunning answer to our modern woes 7 ancient ruins in the UK beyond Stonehenge On Japan’s Seto Islands, the art is fun, modern, outdoors, and everywhere What the Finnish concept of sisu, or inner strength, can teach us 30 awesome Japanese idioms we should start using in English