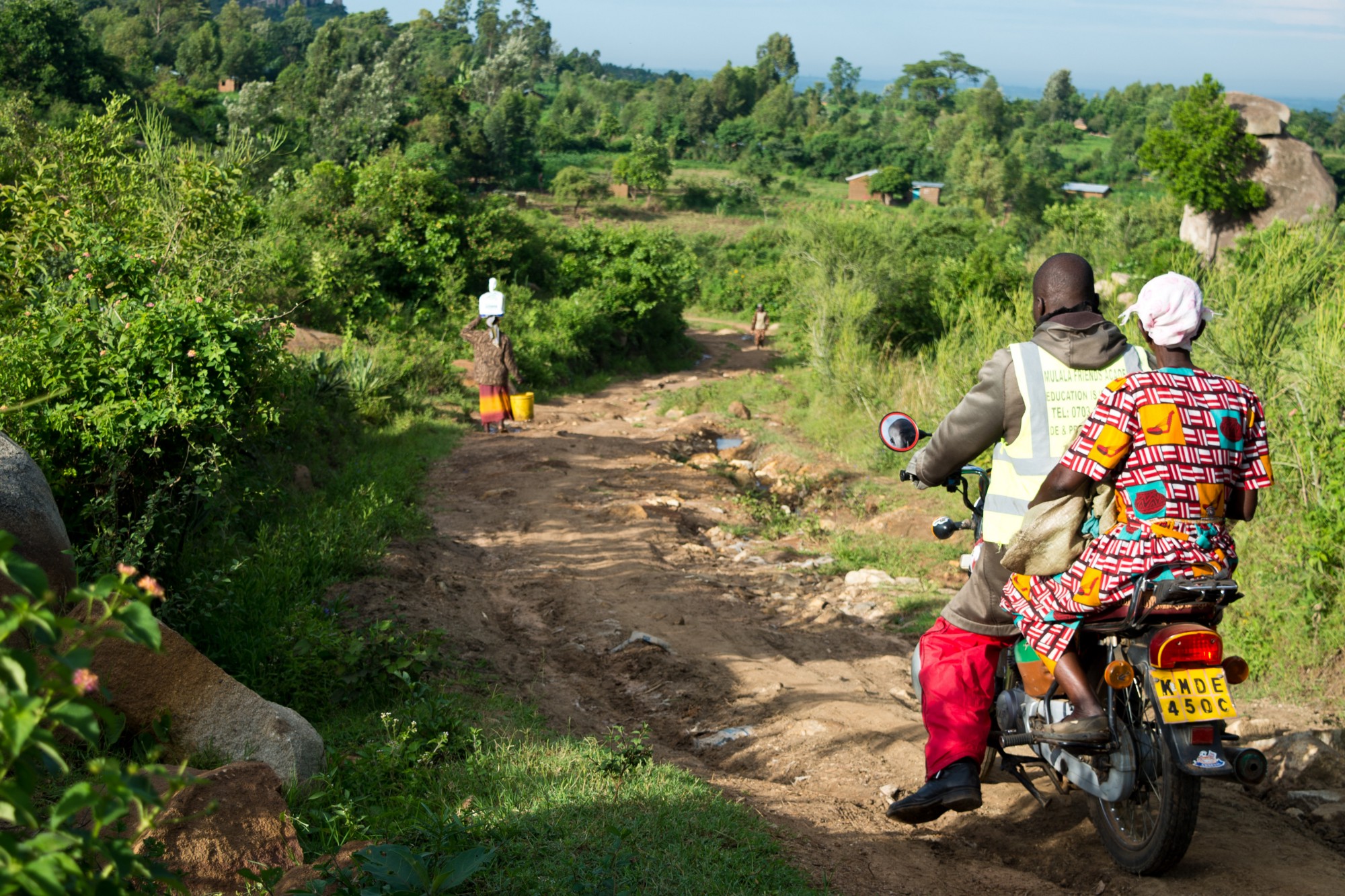 How far are you from the nearest power outlet? If you’re in North America or Europe, the answer is likely within 20 feet. But what would it mean if the nearest outlet wasn’t even in your neighborhood?

In most East African countries, only 10 to 20 percent of people have daily access to electricity, even in urban locations, according to a 2012 World Bank report. The situation is even more critical in rural areas, where people often lack access to even their most basic needs. Homes without electricity also don’t have running water or refrigeration, which can influence sanitation behaviors, cooking, and grocery shopping frequency. This also can affect how populations spend their money and time. And, the vast majority of these rural populations are farmers, since more than 75 percent of the world’s poor farm as a profession.

Most rural East Africans do not own cars, so the challenges are even tougher for farmers trying to access seeds, fertilizer, competitive markets, or even a safe place to keep their money.

So, how do farmers in East Africa get around? 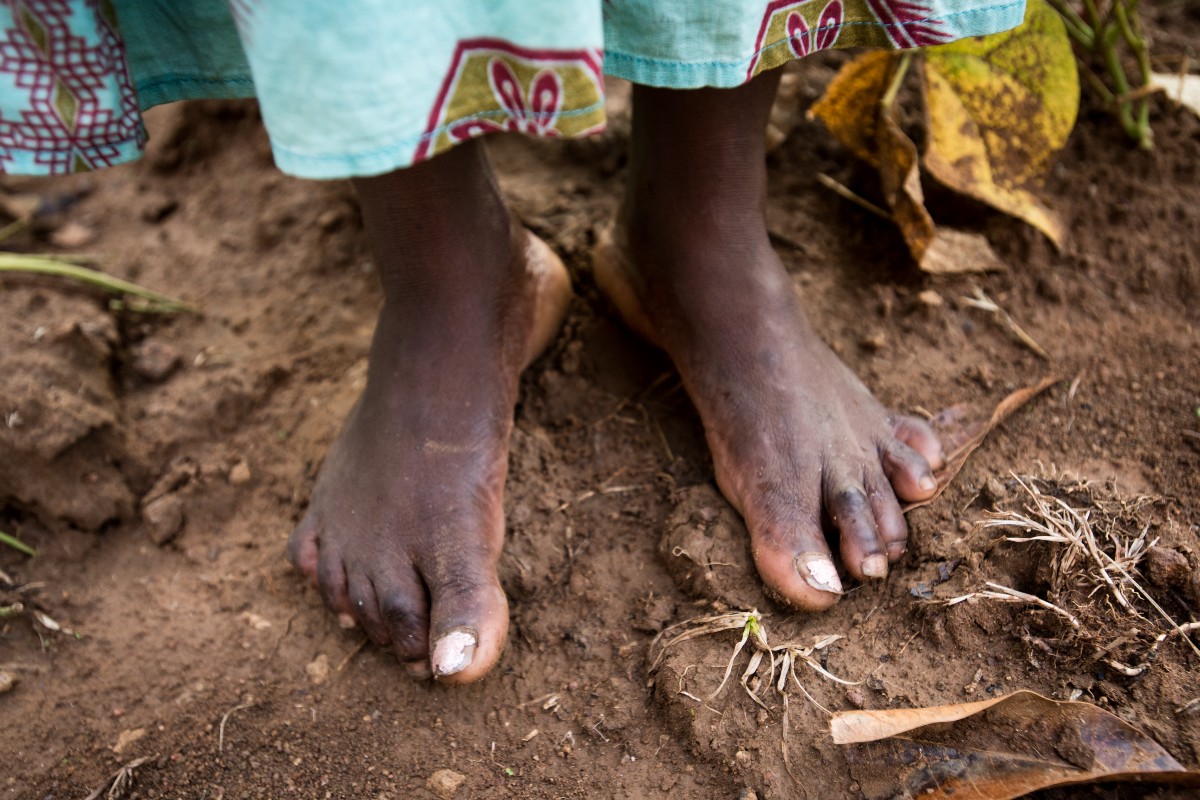 The reality is that many of them walk, often barefoot or in flip-flops. For farmers who don’t own a bicycle or motorcycle, this is the most affordable way to get somewhere. 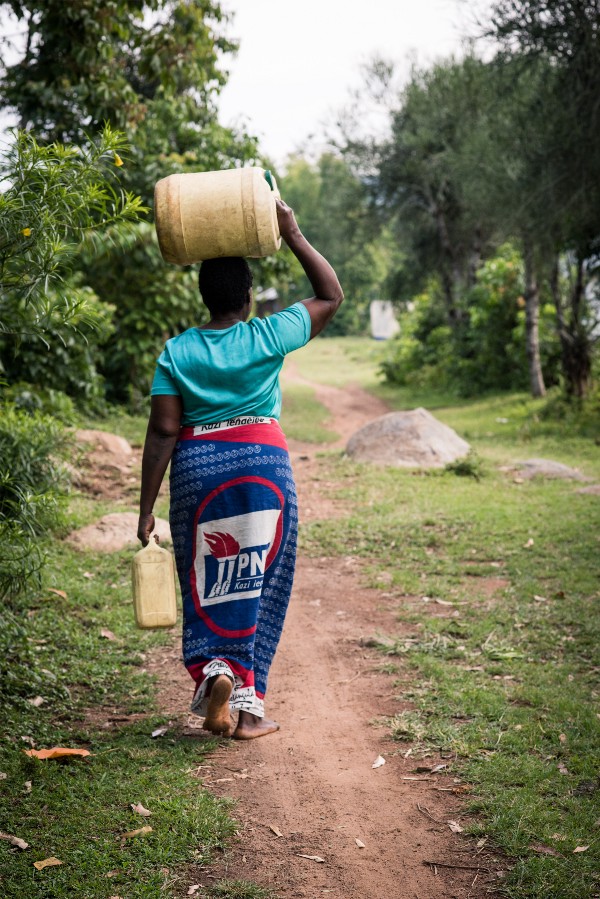 Kenyan farmer Christine Nakhumicha often starts her days walking up to 30 minutes from her home to gather the fresh water her family needs to cook, drink, and wash for the day.

“I never have the 20 Kenyan shillings (approximately $0.19) that people use to go into town, so I prefer to walk,” says Christine Nakhumicha, a widowed mother who lives on the outskirts of Chwele, Kenya. “It’s not so far away, and it’s good for my health.”

Christine starts most days by walking to get water. There is a water pump at a church roughly 30 meters from her house, but it regularly runs dry, so she often has to walk 30 minutes to the nearest stream. From there, she’ll fill as many jugs of water as she can carry back home. On average, she returns to the stream for water one or two more times each day.

“I need the water to do everything: cooking, drinking, washing, and to water my cows,” Christine says.

Depending on the day, Christine might also walk to the market for some household shopping, or go to meet with the community savings group that she belongs to. The savings group is the closest thing Christine has to a bank. Each week, members pay a set amount, and one individual takes the lump sum to use for personal needs.

“The meetings for the savings group rotate through the houses of the eight farmers who are involved,” Christine says. “The furthest from me is a two-hour walk, but I have to attend so that I am able to receive the money when it is my turn to do so. Then the market can take an hour to get to and then an hour back.” 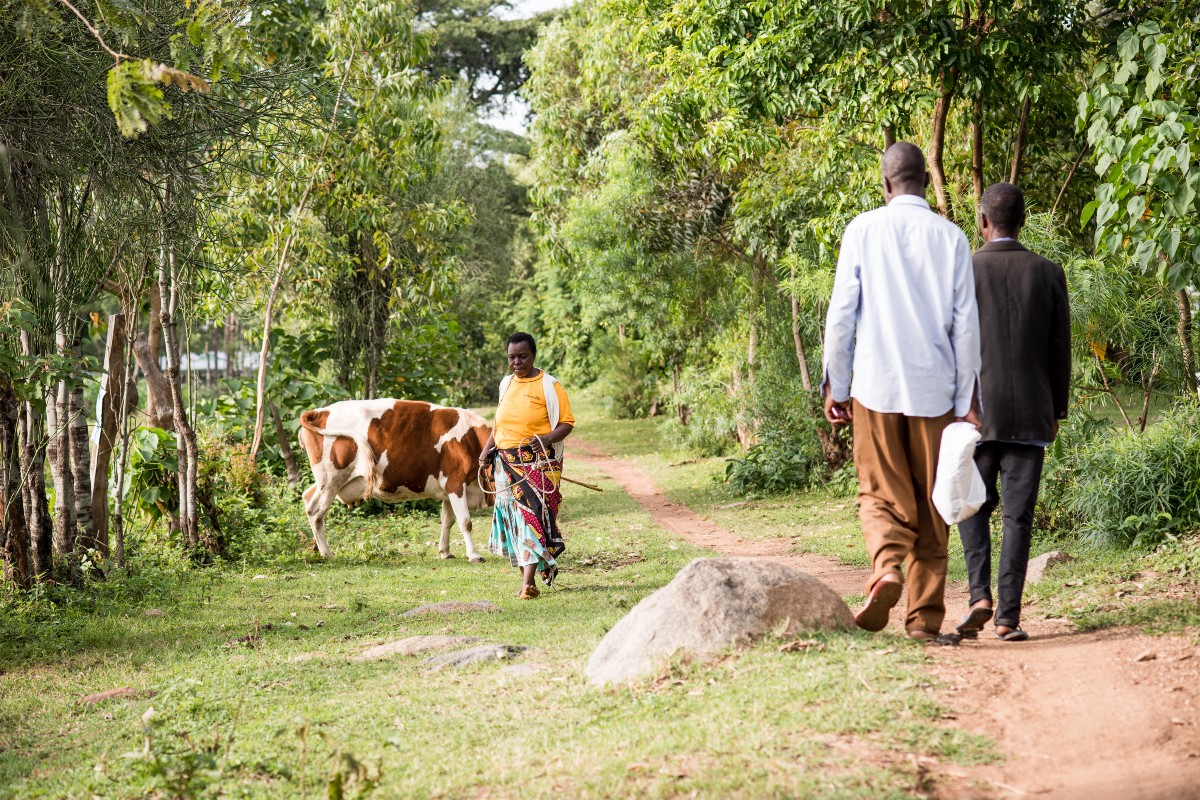 Christine Nakhumicha takes her cow to graze near her home.

Another popular transportation method is by bicycle. Whether it’s a personally owned bike or a bicycle taxi, known as a boda boda in Kenya, bicycles are deeply linked to farmer mobility.

The term boda boda, which is sometimes also used for motorbikes in other East African countries, stems from a history of people using bicycles and motorbikes to carry items across land borders between countries such as Kenya and Uganda. Because this was the cheapest way to travel longer distances, bicycle taxis became affectionately named after the journey. With a hint of Swahili flare, the name shifted from border to border to boda boda. 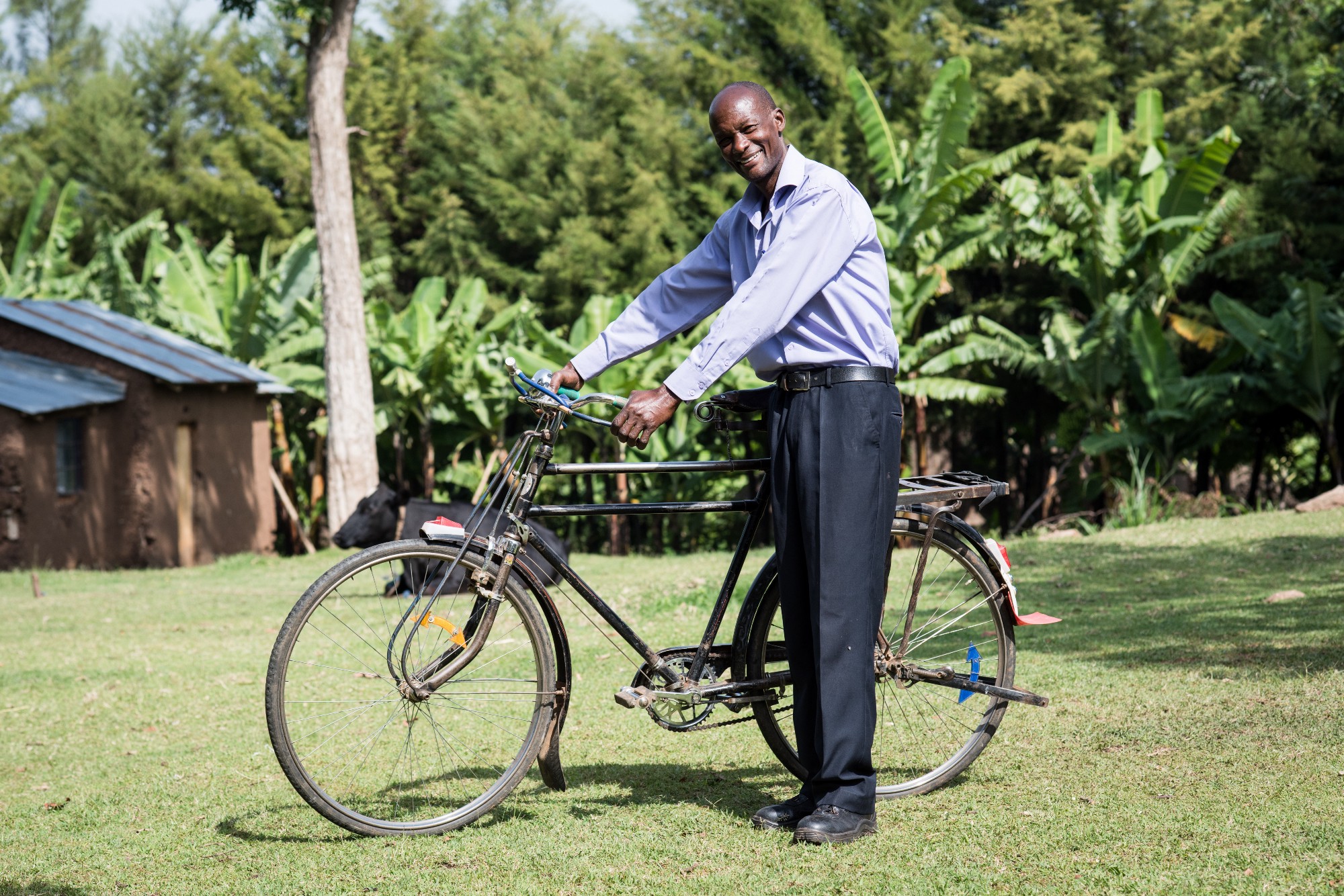 Outside of cities, everything from couches to 100-pound pigs can be seen being transported by bicycle. Above: Kenyan farmer Francis Mamati.

Francis Mamati, a smallholder farmer in western Kenya, purchased his first bicycle in 1985 to help him travel around for work. By 2006, his bike had started to break down, but since his farming was going well, he was able to upgrade to a newer model.

Similar to Christine, Francis spends most of the time he isn’t farming traveling to access basic necessities like food and water.

“Here we have a problem of water,” he says. “We must go very far to get water, and we would then have to carry the water up a very steep hill. If I don’t have money, and I have a journey I need to make, I can cycle there. To use a boda is too expensive compared to having your own. If I get a boda to take me somewhere, then I also get charged for any waiting, so owning a bicycle is cheaper over time.”

Still, many farmers cannot afford to purchase a bicycle upfront, which means bicycle taxis are a booming business in East Africa. Outside of cities, everything from couches to 100-pound pigs can be seen being transported by bicycle. 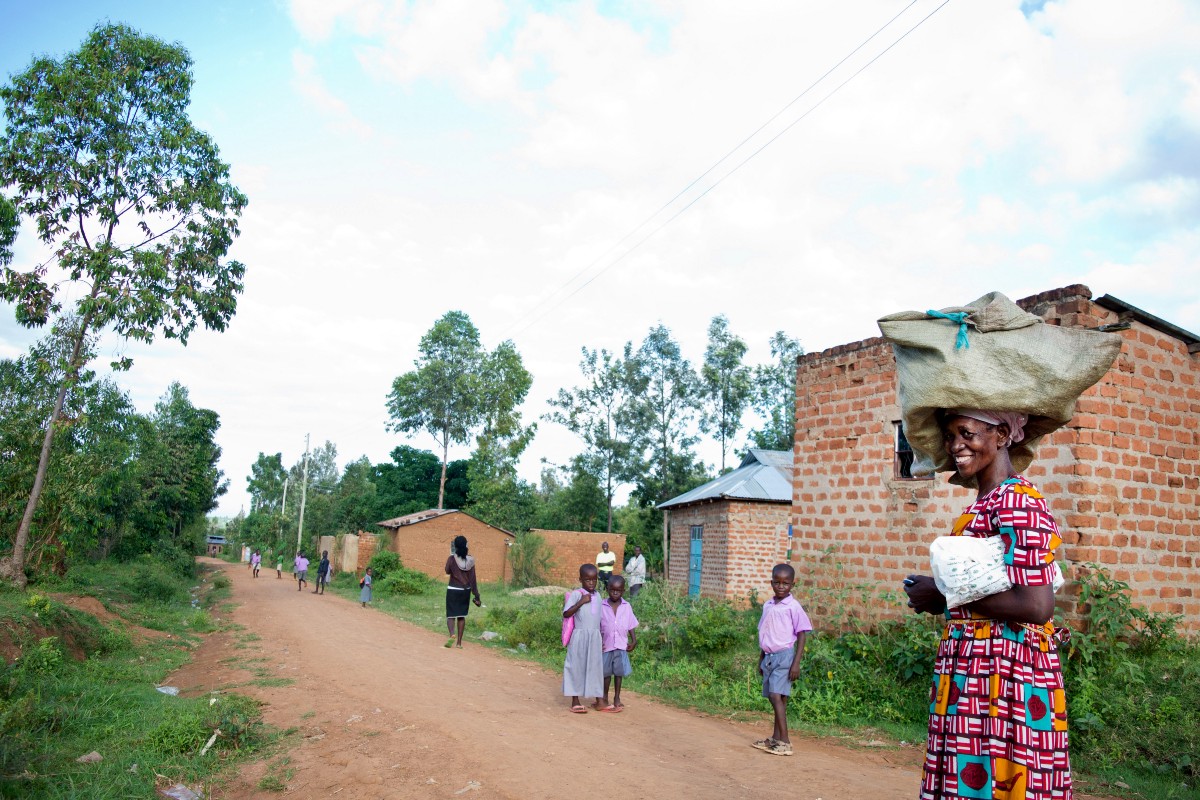 When the terrain is too hilly, the load too heavy, or the distance too far, motorbikes become the next transportation solution. In Kenya, motorbike taxis are known as piki pikis.

For 63-year-old smallholder farmer Juliana Wavomba, using a motorbike taxi is the most effective way to run her business. Juliana goes to the market daily to buy a type of collard green called sukuma wiki in bulk, and then sells it in local villages to those who can’t afford to go to the market. She uses the extra money to care for her six grandchildren.

“I always want to get to the market very early so that I can get the freshest vegetables,” Juliana says. “With a motorbike, I’m assured that I can get there any time I want, and the motorbike owner will come and pick me up from my home.” 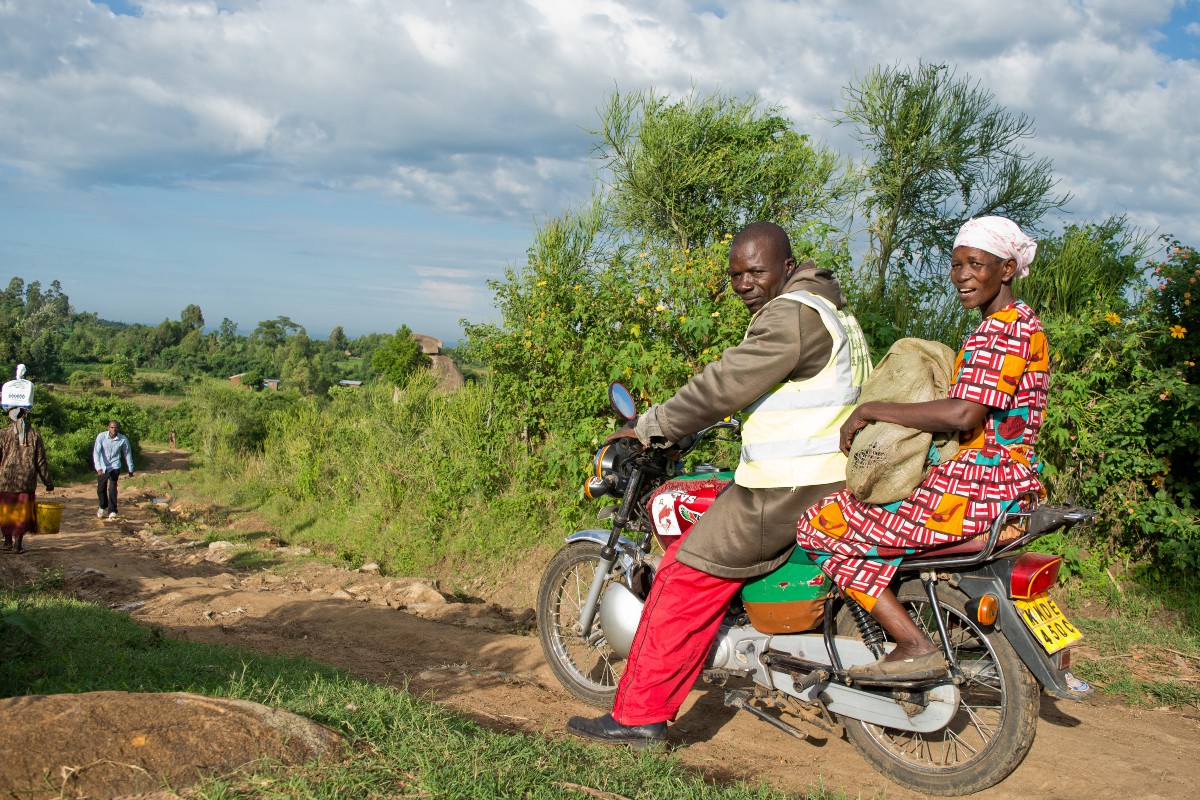 To get the freshest sukuma, Juliana leaves her house at 6 a.m. most mornings to embark on an hour-long motorbike ride, which gets her to the market right as the shops open. Juliana says she prefers to take a motorbike because otherwise the journey to the market and back would take up too much of her day, and with the motorbike, she knows she’ll make it on time.

“I think bicycles are slow, and they might not be able to carry my large bags of sukuma,” Juliana says. “On the other hand, public transport buses would want to charge me both for my fare and all my sukuma bags, so I prefer using a piki piki.”

Minibuses, vans, and other means of public transportation are available for some rural populations, but like Juliana, many people struggle to afford them.

Smallholder farmers in East Africa often don’t have regular access to their daily necessities, much less the right types of seeds and fertilizer or markets to sell their crops. This is why One Acre Fund puts an emphasis on distribution and delivery, helping farmers attain the tools they need to produce more food. We believe that this is the best way to support rural populations in growing their way out of hunger and poverty. 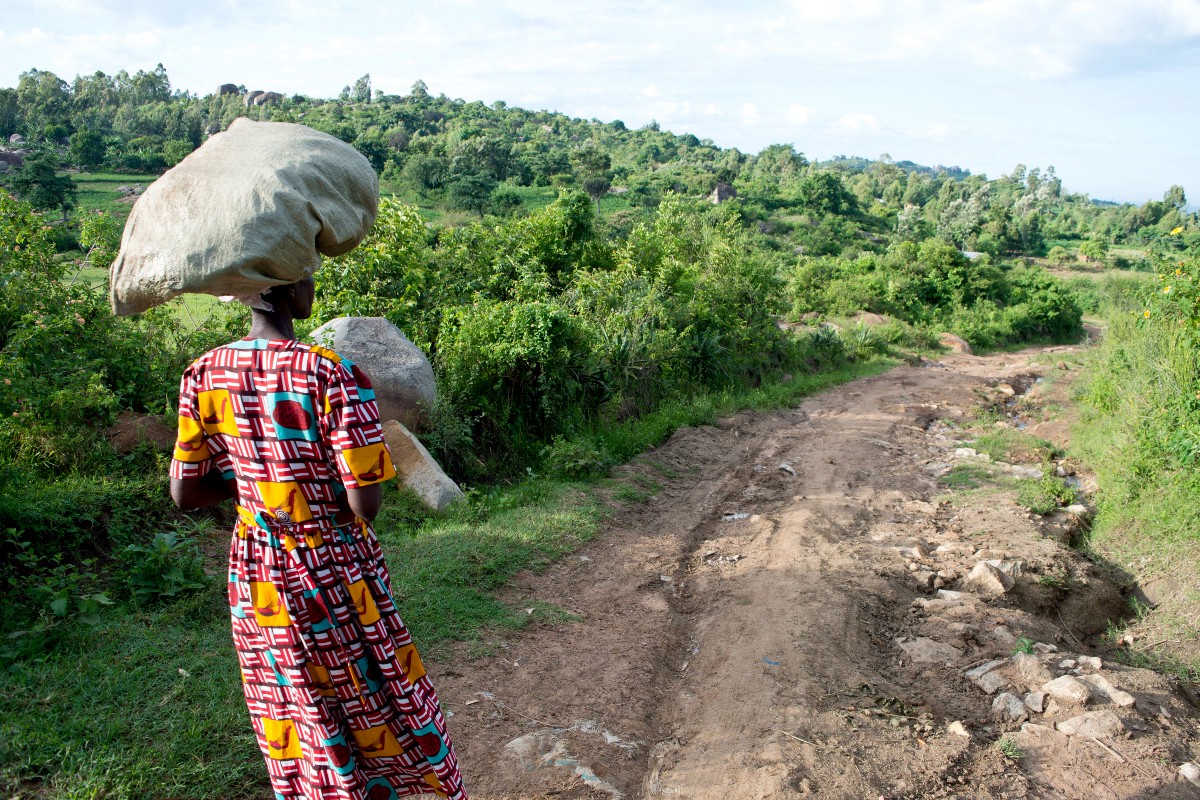 Tagged
Culture Kenya
What did you think of this story?
Meh
Good
Awesome