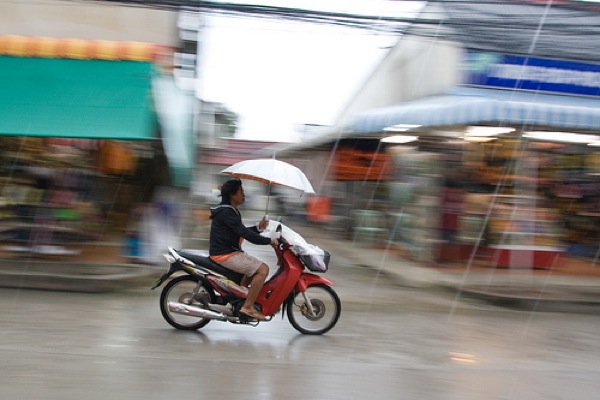 I am a teacher for a small school outside of Bangkok. I live in the close-knit community that surrounds the school.

One of the most salient things I have noticed here is that within this society there is a reigning thought that women are vessels of sexuality. Any prompt to the male species, even one as diminutive as a “hello” or a wave of the hand, is seen as eliciting their latent sexual desires.

I have repeatedly been asked by my school’s director to not talk to the men in the neighborhood or even offer them a smile and a wave. She explained that this implies that I am interested in sex. She reproached me because she had “heard” I was waving to the security guards by school (there are a lot of gossipers in town).

My shock turned into anger. I was being scolded for acting out of common courtesy: saying hello and acknowledging someone. This way of thinking about how women should behave towards men can make me livid; I believe it forces women to heed to these supposed “weaknesses” of men.

After the anger came guilt. I am made to feel I’ve done something wrong, which can be extraordinarily upsetting. The topic itself creates most of the guilt: “overt sexuality.” My director is placing the blame on my supposed lack of restraint. This kind of admonishment is very personal. At times, it has felt like an attack on my self-respect as a woman: she might just as well have called me promiscuous.

Even though I came here knowing that I would have to tone down my own habits and customs, it’s gotten to the point where these limitations infringe on who I am. My personality overall is friendly and outgoing. To have my affability be seen as somehow inappropriate is exasperating. Was I supposed to walk home everyday with my head down?

More often than not, I feel like nothing I’m doing is right.

Furthermore, my director is largely non-communicative when it comes to seeking the truth about any situation. She will reprimand me without ever asking me if what she’s heard is true. I’ll defend myself, and because she doesn’t want any more conflict she’ll just “yes” me out the door. This avoidance thwarts any opportunity to really try and understand each other or come to an armistice.

I can understand that Thai women believe the Western norm of common courtesy is suggestive, and I know that trying to amend my behavior is a matter of respecting their culture and of not wanting to offend anyone for the time I am living in this community.

However, it has become glaringly obvious to me where the woman’s place is in Thailand, and it makes me uncomfortable. Women stay at home with the children and run their cottage vendors. They hang out together. It’s easy to see why there is so much gossip here: the women have all this time to converse and come to conclusions about those that are different from them.

I have come to think that much of the emphasis on my “inappropriate” behavior is because I am a foreigner who is incredibly obvious in this neighborhood. 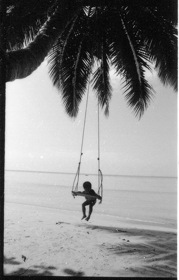 For example, I feel singled out as offensive because of my Western dress. Showing shoulders or knees supposedly sends a message of sexual availability. But I have seen Thai girls wearing shorts and showing shoulders. When I’ve brought this up, it is explained that the rules are different for me because I am a teacher as well as a Westerner.

After becoming aware of this “rule” I never feel comfortable leaving my house without my knees or shoulders covered. My opinion is that it’s not worth the scrutiny. When I go into Bangkok, I’ve taken up changing in restaurant bathrooms as soon as I get out of my little town. I can’t express how good the feeling is.

So, how do I negotiate my identity and my personality as established by my own culture with these new cultural rules?

Part of what has made me feel better about being here in this situation is that I’ve realized I can’t hope to fully integrate and that I don’t necessarily want to. I have also learned how to draw my own ethical, personal and cultural boundaries.

I can observe a certain cultural difference, such as the significance of covering shoulders, and respect it. However, there are other cultural boundaries that to which I just won’t make concessions. So despite all of the taboos, I have not closed myself off. Some of my most valuable experiences in Thailand have been nights spent sharing beers with the male Thai teachers. I can’t begin to describe how taboo this is: a woman hanging out with men, not to mention drinking.

I have had older men and women in the neighborhood who speak passable English publicly chastise me because they have seen me with a glass of beer. This makes me infuriated. I want to ask them: “Why do you care?” or “Why does this bother you?” In these situations, I have to bite down so as to keep my cool.

Yet I keep doing it. The Thai men and I talk about life and language. Most of my Thai language competence and understanding of the culture has come through these sessions. Our hangouts happen spontaneously and also somewhat surreptitiously.

These interactions connect me to a culture and a community that the majority of time I feel outside of. More importantly, I have created friendships and human connections through socializing this way that I have no hope of having with most of the Thai women here.

In my isolation I’ve become even more hypersensitive to my daily activities and behaviors. More often than not, I am being watched, particularly by Thai women who gossip relentlessly. I am observed so closely because I am a farang (foreigner). Anything I do out of the ordinary may just as well be performed on a stage. However, I know that I shouldn’t let these aspects control my life.

My reasons for coming to Thailand were to escape the commitments and restrictions of the western world. But look what I have found: more restrictions.

I can remember myself before moving to Thailand. I consistently said that I thought the most crucial thing I would learn through this journey would be patience, and I do think I have gained an enormous amount of patience and tolerance.

And yet I still have so much further to go. I’m not sure if I will make it, if I will be able to fully embrace these differences that make me so indignant and challenge me so much, but I know I will go home seeing my own culture in a different light. And in the meantime I’ll continue challenging and obeying the cultural rules here, testing the limits of my own cultural beliefs, ethics, and identity.

‘Accidentally Wes Anderson, The Book’ is a nostalgic mix of colors and symmetry
30 awesome Japanese idioms we should start using in English
9 boardless, cardless games to play anywhere
Rajasthan’s epic camel festival is two days of fur-cutting, dancing, and races
The 7 most haunted houses around the world