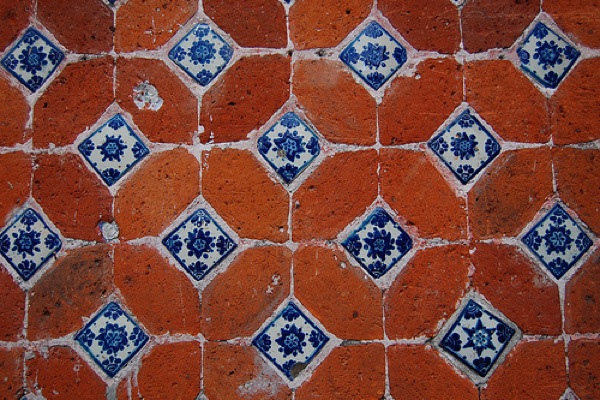 A Mexican American confronts her culture and identity in Puebla, Mexico.

I’m waiting in the Correos de México in Puebla, the local post office where I’ve been told I could get an identification card by presenting the proper documentation.

But there is a problem ―no one will believe me when I say that I am Mexican.

For more than an hour now I’ve been explaining to one postal employee after another that despite the fact that on my birth certificate my place of birth is listed as Los Angeles, California, I am indeed a Mexican citizen.

“I know it sounds strange,” I say. “I’m American, but I’m also Mexican. I was born in the States but since my father is Mexican through a law that was passed in the mid 1990s…” But it’s no use.

I moved to Mexico because I decided to investigate my family’s roots. At the time that the post office incident took place I’d been here for only four months. I’d been offered a job and needed this identification card so that I could officially qualify for the job, otherwise they would give the position to the next candidate in line. I was stuck. Exasperated. I’d gone through so much to get this Mexican citizenship. 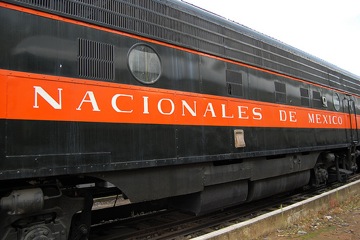 Only six months prior I had started preparing for the big move. During that time I’d searched for my father’s birth certificate, which had disappeared in the shuffle of green cards, visas and finally permanent residence.

My father, although Mexican, has been living in the U.S. since he was six years old and is now more American than I would sometimes care to admit – he doesn’t even speak Spanish anymore.

“Why do you want to go to Mexico?” he asked me. “We’ve got no family there, your family is here. First you go to Europe and now Mexico?” I tried to make him understand but he wasn’t convinced. I think there are certain things that you can’t really explain to anyone. You have only to justify them to yourself.

After a period of searching for the missing document to no avail, I began a long series of disconnected phone calls, misinformation, complications and dead ends. Having just returned from a three year sojourn in France, I thought I knew what bureaucratic red tape was.

The tricky part of moving to a country where you have ‘roots’ but no family and very little knowledge of the culture is that you just come across as weird. I look no different than the poblanos I live and work with and I have a barely discernible accent, yet I still make grammatical errors. I couldn’t cook a molé or chile en nogada to save my life. And so I have the “I’m not from here” explanation perpetually ready for deployment. 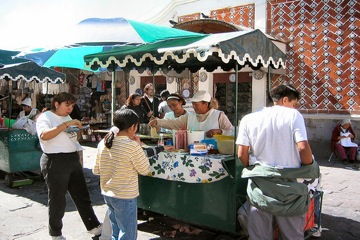 There is a certain ambiguity to being foreign but not glaringly so in Mexico. Clearly I am not from here because of my accent, way of speaking and dress. Yet my Mexico experience has been greatly different, for example from that of my fiancé, who is 6-feet-tall, French and white as a tortilla. Sometimes I think it must be less complicated to be dramatically different instead of subtly different.

There are moments when I have to stop myself and say “Wait, don’t get offended.” The use of the word güero, for example, is very common. If you are pale or blond, redheaded, have light brown hair or eyes any color other than dark brown you risk being called güero, güerito, *güiriche (¿), or any other variation of the word, which loosely translates as “blondie” or “whitie.” It doesn’t matter whether you are from Europe, the United States of America or the United States of Mexico, if you are light-complexioned you will probably have to put up with one of these epithets while here.

In that post office in Puebla a year ago I didn’t expect things to be so complex. I thought that as long as I had the paperwork required and explanation ready things would be easy. What I didn’t realize was that what seemed like a straightforward question of ‘Mexican or not Mexican’ was tied up in a whole network of meaning.

Mexicans have had shifting identity issues since Pre-Columbian days, when they experienced shifts in power between various civilizations until the Aztec period. When the Spanish arrived and claimed this territory as New Spain, there were somewhere around eighty dialects spoken in the North alone. The subjects of this new colony were nothing if not an astoundingly rich mixture of languages, cultures and history. Hence, in my opinion, one of the sources of the characteristic Mexican orgullo, or pride.

And there was I, the privileged American asking (in what seemed to me to be very crude Spanish) to be considered Mexican, just like that.

Just as I was on the verge of being definitively turned away, I decided to assume an attitude that I’d observed on several occasions since arriving in my adopted homeland. It was one that I was uncomfortable trying on, even for a brief moment. Somewhere there was a tiny jab of guilt, like backing slowly into a prickly pear cactus.

“Let me speak to your supervisor,” I said, allowing my impatience to maneuver the situation.

One of the things that bothered me the most about Mexico when I first arrived was the stiflingly rigid hierarchy. In any normal day-to-day activity you never know how many licenciados, ingenieros, maestros, dons or doñas you are going to encounter. All are respectful ways to address older and/or educated people/people of a certain professional or social standing and I am still trying to figure out which to use when.

In any case, the problem only got worse when I started working. Suddenly I was someone that people were tripping over themselves to get out of the way of in hallways, someone who gets their office cleaned for them every morning, someone who has a receptionist to make my phone calls for her.

Also, I was someone who wasn’t necessarily going to get greeted every morning by certain higher-ups. A very clear-cut system, to be sure, but one that is hard to get used to when you’re from a country that pretends that social classes don’t really exist.

And so I always say hello to everyone I pass in the hallway, at the water cooler, etc. But I don’t necessarily make small talk with certain members of the staff, who might get in trouble for chit chatting instead of buffing the wood paneling to a flawless finish. Sometimes I get that prickly cactus feeling, though. Like when one of the maintenance employees sees me carrying something heavy and drops what they are doing to take over and escort me to my office.

And I also have trouble telling postal employees what to do.

But I gathered up my courage nonetheless and stated my case.

“Señor,” I explained, “I’m Mexican but I was born in the United States.”

The oldest restaurants in the world, mapped
15 creamy, fruity, and indulgent ice cream styles from around the world
By rejecting international students, will Trump ruin US universities?
The oldest city in every state, mapped
South Africa’s new hotel is a luxury train permanently parked on a bridge