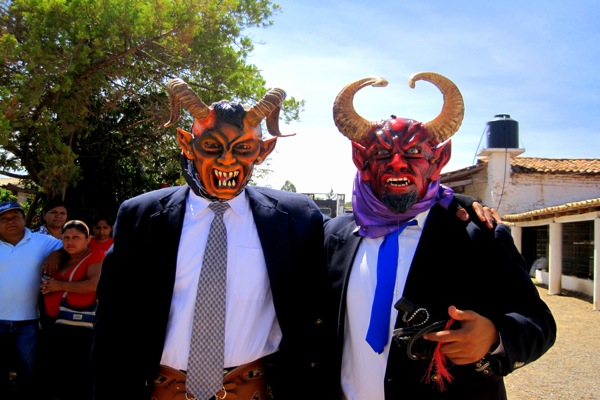 In a recent World Hum piece, Eric Weiner made the claim that Turkish baths and whirling dervishes, two traditional cultural practices he enjoyed in Turkey, would not exist today if it weren’t for the support of tourist dollars.

Young Turks, he asserts, have a waning interest in these practices and therefore tourism is all that sustains them. In his view, this “inauthentic” preservation of culture and these “inauthentic” cultural experiences are better than none at all. He states that the “travel snobbery” which criticizes tourists for courting such experiences and commercializing them is “rampant, insidious, and frankly, annoying.”

To this I respond:

If we’re attacking snobbery, is it not also snobbish for a tourist to claim that he and other tourists are responsible for the preservation of culture, since the locals can’t seem to bring themselves to do it?

I don’t think there’s anything wrong with going to a Turkish bath or a Mexican dance festival or a Balinese tribal ceremony that might feel slightly – or totally – constructed for tourist consumption. But I think celebrating this as the preservation of culture is self-congratulatory and smugly condescending, and it can wind up being imperialist.

If Mexicans or Turks or the Balinese no longer value the tradition being “preserved” and have lost interest in it, or see it merely as a spectacle for foreign tourists then really, whose culture are tourists preserving, and why? And more importantly, who has the right to decide whose and what kind of culture needs to be preserved? It sounds to me like the tourist is preserving his/her desire to experience the “exotic” and the “romantic,” and not a living, vibrant and necessary part of local culture.

When a cultural phenomenon has ceased to contain significance for local people and has become an entirely commodified experience produced for tourists dollars, it has moved into that 21st century society of the spectacle.

I don’t mean to imply that we should all throw up our hands in fatalistic acceptance that culture is dead, or that it’s going to die and there’s nothing we can do about it. But I also don’t think that culture is necessarily being preserved, or being preserved in a beneficial and productive way, simply because tourists pay for it. That argument inches us closer and closer to a world in which every cultural experience is something that is inherently designated for consumption, and culture is something determined more by what foreign tourists want to see and experience than by what local people actually believe in and practice.

It seems that what is bound to happen here is that Turkey could spiral off into the 22nd century, clogged with cell phones and traffic and Starbucks just like anywhere else in the world, while tourists go on paying for massages and traditional dances. And what, really, does that preserve? A certain sector of the economy? Tourists’ precious, foreign impressions of Turkish “culture”?

Weiner’s argument brings up Edward Saïd’s now familiar point about Orientalism – the West exoticizes and simplifies the East, fixing it permanently in the past and flattening its people and culture into stereotypes.

To a certain degree, cultural tourism that no longer has roots in a particular culture and that survives off of income from tourists does exactly this. Tourists go and look at a 15th century Turkey, reinforcing established notions of what Turkey should be and negating the country’s more complex and challenging modernity.

Meanwhile, the tourist dollars seem to instruct Turkey on what kind of culture it needs to have – here, you can’t protect it yourselves? We’ll do it for you. Saïd labels this process the internalizing of cultural stereotypes: tourists come in, establish what Turkish culture is via their ideas about the preservation of culture, and then hope that the Turks will internalize it.

I think this solution also ignores so many of the factors that contribute to the death of traditional culture – devastating free trade agreements and the influx of multi-national corporations, the huge push of American capitalist culture overseas (particularly evident in modern Mexico), unchecked development, environmental destruction.

Tourists may keep paying for their cultural experiences in Mexican amphitheaters and Turkish hamams, in “cultural villages” in Kenya or Borneo, but that doesn’t stop the processes that devalue traditional culture and corrode it into a mere product to be consumed. The purchase of cultural preservation with tourist money also hints at a world in which someday, the Turks or the Mexicans or the Chinese might no longer have any connections to traditional culture, but tourists will still go into little bubbles and watch dances or ceremonies, pay their money, and leave, and culture will live on in tourist enclaves as an authentic, commercial simulation of what once was. Something similar like this could be happening in China, with the rise of the country’s ethnic minority theme parks.

This is the society of the spectacle at its most grim – traditional culture no longer holds intrinsic value for the people of a particular country, but inside the bubbles “preserved” by tourism tourists can buy a different, antiquated vision, a traditional culture that is no longer of importance and value to local people but has become yet another product they can sell.

I have two points here: the first is that conflating a tourist’s consumption of a traditional cultural experience with cultural preservation is dangerous. The commodification of any traditional practice for tourist consumption is something that should be considered and handled very carefully or else it threatens to divorce that practice entirely from the realm of local cultural tradition and turn it into tourist fanfare. Secondly, tourists should be very careful about claiming they have the right –and indeed, the responsibility — to preserve a culture that is not theirs. It smacks of condescension and imperialism and ignores the phenomena that contribute to the degradation and destruction of culture in the first place.

These canvas pants are my new indispensable piece of travel clothing