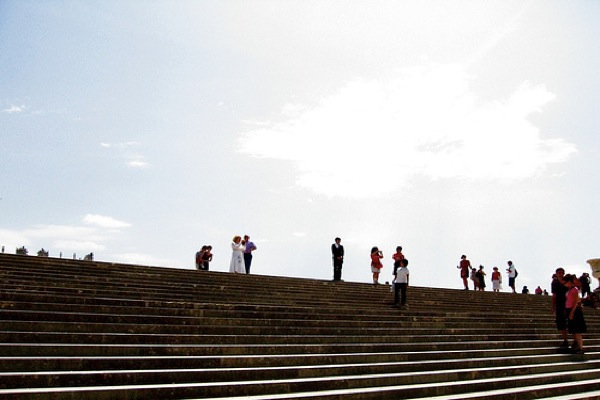 Why is it so important to travelers and travel bloggers that Americans do or don’t travel abroad?

There’s plenty of reasoning about why Americans don’t travel abroad. Travel bloggers speculate on whether it’s fear of a big, scary world, or ignorance of other cultures, or short vacation time, or the simple fact that there’s a helluva lot of stuff to do in the U.S alone. It may be all of those factors combined, but that’s not what interests me. What interests me is the assumption behind all this speculation – the assumption that Americans should travel abroad.

At first I wanted to question that assumption, since I’ve met plenty of Americans who could (and happily would) tick off all of the countries they’ve visited, list all of the trials and tribulations and predictable breakthroughs they’ve had, rave about all the artwork and trinkets and objects they’ve bought and swoon over the precious simple authenticity of “the locals,” and I find nothing particularly revolutionary or educational about this at all.

In fact, I think it’s pretty much the same old dynamic between the U.S and the world multiplied once more – simple consumable experiences, the commodification of culture, the seeing-what-we’ve-been-primed-by-the-media-to-see vs. researching-what-is.

But I hope I’m not so cynical or so pompous as to completely disregard the potential of travel abroad – while I don’t see it as the panacea for twisted U.S foreign policy or the distorted views many Americans have of the world, I also think it holds enormous potential to create positive, constructive change. By “change” I mean change in the way Americans think about, say, where their coffee comes from, or change in the way they think about an American food culture that relies on an unhealthy dependence on processed corn and the microwave. 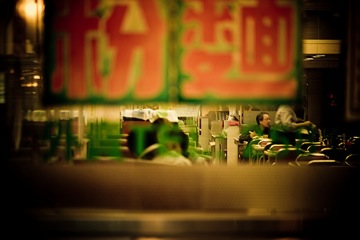 I’ve met plenty of people who have gone through transformations abroad and started, little by little, to see their world and the world overall from different angles. They’ve perhaps started to follow the news about China or Mexico much more carefully and to search out different perspectives. They’ve become aware of the affect of U.S corn subsidies on the people they met and talked to in Southern Mexican villages. They see that wow, I have a lot of stuff in my house and these people, they seem to be doing just fine without having to go to Target every other day for a new something.

This is not, of course, a given. I don’t think anyone has the right to declare what a traveler should or should not learn, should or should not see. But I have met plenty of Americans who have been prying into their own assumptions and accepted ways of understanding the world, taking apart their own cultural perspectives, and coming away with a much more complicated, empathetic understanding of the connections between themselves and the places they’ve visited.

And I think that process, of empathizing with people from vastly different cultural, social and economic perspectives, is at the heart of traveling abroad. That is what often distinguishes travel abroad from domestic travel – travel abroad requires so many more leaps into the unknown.

There are the major unknowns, the unknown languages and cultures and histories, but there are also the smaller unknowns; how rice or sugar cane is made, the herbs people use for medicines, the deserted villages where people have been forced to migrate to other countries. And traveling abroad is the process of excavating these unknowns, of bringing them up to the surface of one’s mind, in the hope of creating some new bridge of empathy and compassion.

So I’m not sure it’s the percentages and the statistics that matter, I’m not sure it’s the act of getting one’s passport stamped – I think it’s the way of seeing and questioning that makes travel abroad different, and that has so many people vehemently defending the act of crossing borders. It’s the push into the unknown, and the coming back humbled, contemplative, vulnerable, and yes, in ways both conscious and vaguely felt, changed.

What do you think, readers? Do you think travel abroad is inherently educational? What have been your experiences overseas? Do you think Americans are afraid of overseas travel?