02:48 Jul 9, 2020
Top Countries
Top CitiesView All Destinations
Trending Countries
Trending Cities
Load More
Crop corporations like Monsanto help to sink farmers into a debt they can’t get out of. Here’s how to help. 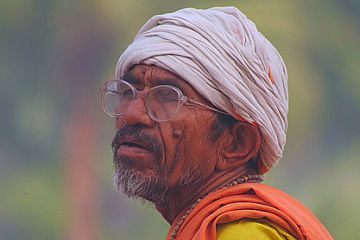 Just as I was finishing up my latest health newsletter, which included a story on the “Food Safety” bill HR 875, is-it-or-isn’t-it suspiciously tied to the Monsanto corporation, I came across an article on Alternet.org 1,500 Indian Farmers Commit Mass Suicide: Why We Are Complicit in these Deaths.

The headline says it all, but of course we need a deeper explanation. Bharatendu Prakash, from the Organic Farming Association of India, told the Press Association:

Farmers’ suicides are increasing due to a vicious circle created by money lenders. They lure farmers to take money but when the crops fail, they are left with no option other than death.

…The death of this respected farmer (Shankara Mandaukar) has been blamed on something far more modern and sinister: genetically modified crops. Shankara, like millions of other Indian farmers, had been promised previously unheard of harvests and income if he switched from farming with traditional seeds to planting GM seeds instead.

Oh yes, the promise of feeding the poor of every country via genetically-modified (GM) seeds. This approach to dealing with worldwide hunger and poverty is touted by the United Nations, NAFTA, and the US government.

And as the Daily Mail article later notes, “pro-GM experts claim that it is rural poverty, alcoholism, drought and ‘agrarian distress’ that is the real reason for the horrific toll.”

While poverty and drought have likely contributed somewhat to poor harvests, leading the farmers to stress about their family and land, the mass suicides might have more to do with the bank loans sometimes totaling $3,000 US that these farmers have to take out in order to buy Monsanto’s (the leader in GM) seeds.

The salesmen tell farmers of the amazing yields other Vidarbha growers have enjoyed while using their products, plastering villages with posters detailing “True Stories of Farmers Who Have Sown Bt Cotton.” Old-fashioned cotton seeds pale in comparison to Monsanto’s patented wonder seeds, say the salesmen, as much as an average old steer is humbled by a fine Jersey cow.

Farmers have traditionally used seeds year after year and rotated their crops in order to get the most benefit from the land. Monsanto’s seeds, on the other hand, have to be paid for every year in order to “re-license” the seeds, sinking them deeper into debt.

And oh, yeah, most of these seeds are “Terminator” seeds, which means they don’t actually produce viable seeds of their own.

Farmers throughout the world are dealing with these issues. What can we do as travelers to help?

What are some other ways that we can help the plight of farmers throughout the world? Share your thoughts below.

Tagged
Lifestyle Activism
What did you think of this story?
Meh
Good
Awesome

10 of the most notorious sex clubs around the world
The best vacation spots for sexually daring couples
Meet the new gayborhoods of the US
Everything you need to know about doing magic mushrooms
Sorry, summer. Fall is the ultimate road-tripping season.