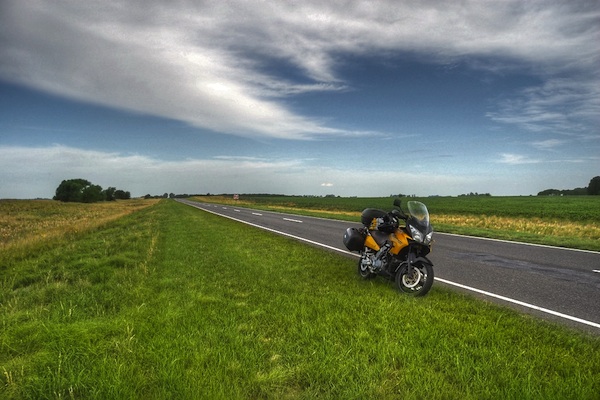 Photo of a motorcycle in Santa Rosa, Argentina by danielpgauer.

This series of six movies — loosely based on mythology — features some alien landscapes and crazy geology, from Angkor Wat (pictured) to Tikal and many places in between. Though I’m not much of a sci-fi fan, I could watch these movies over and over to check out the otherworldly backdrops where the action takes place. 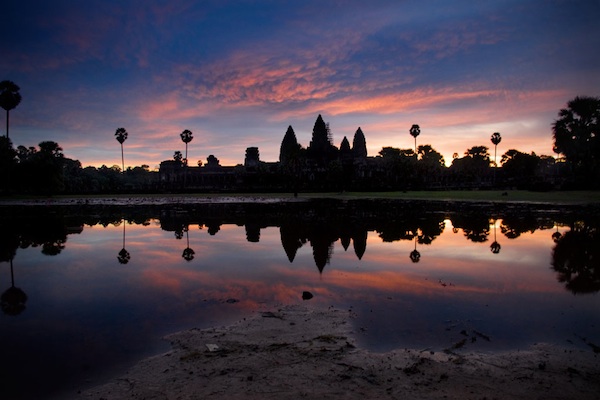 15. The Adventures of Priscilla, Queen of the Desert

Priscilla, Queen of the Desert plays out over the Australian Outback as two drag queens and their transsexual buddy travel to a performance from Sydney to Alice Springs in their lavender van. The thought of motoring across the outback with a couple of friends appeals for long periods of silence, dry Australian nights, and the chance to open my eyes to the southern sky. 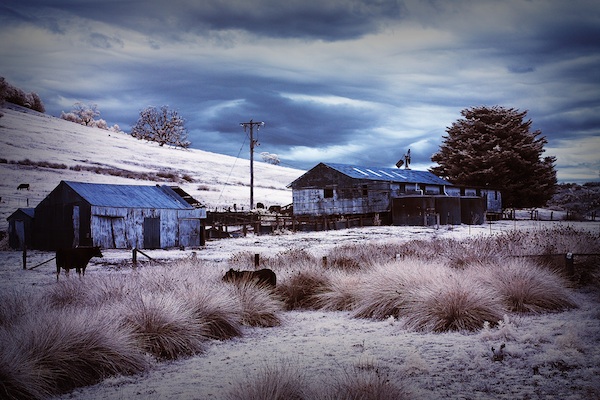 Photo of the Kilmore shed in Australia by belobus.

The Bourne Identity — a series of three (soon-to-be four) movies — features Matt Damon as a man suffering from stress-induced amnesia who is trying to figure out who he is while avoiding getting killed. This movie makes me wish I had a music soundtrack for all the times I find myself breathlessly rushing to catch a bus which, for many of us, is part of the adrenaline of getting out and about, and part of what makes up the tales afterward. 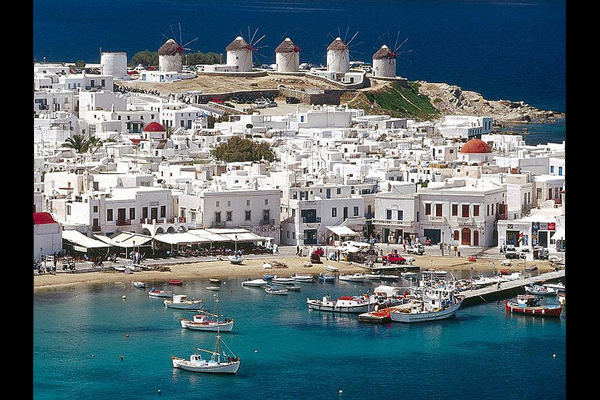 Photo of Mykonos by Ank@.

The Darjeeling Limited has three drug-addicted brothers traveling together across India by train. You may not wish to buy a venomous snake, nor follow in many of the other violent mishaps of these brothers, but this movie makes Richard Stupart want to travel by train something fierce. 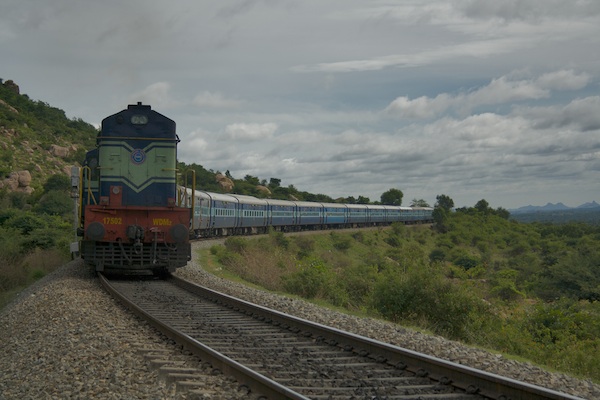 Photo of an Indian train by sakeeb.

The English Patient is a romantic epic with a nurse caring for a badly-burned WWII soldier. Much of the film is shot in Italy, including Tuscany, which draws travelers for its food and hilly scenery. Despite its morbid storyline, The English Patient made Lola Akinmade want to change into all khaki and hop on the next flight to Morocco. 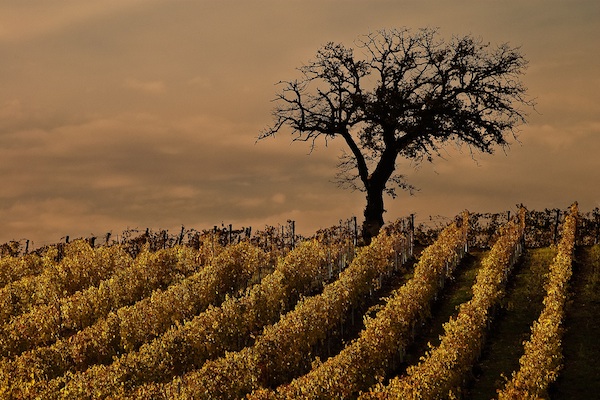 Photo of a lone tree in Tuscany by rayced.

19. The Story of the Weeping Camel

This docudrama follows a Gobi desert dwelling nomadic shepherd family’s attempts to enlist a series of helpers and healers to help a rare white Bactrian camel to bond with its mother, who rejects it shortly after it is born. Paul Sullivan recommends it for the mood and scenery, and found it surprisingly emotive, while focusing on a country he’s always wanted to go to: Mongolia. 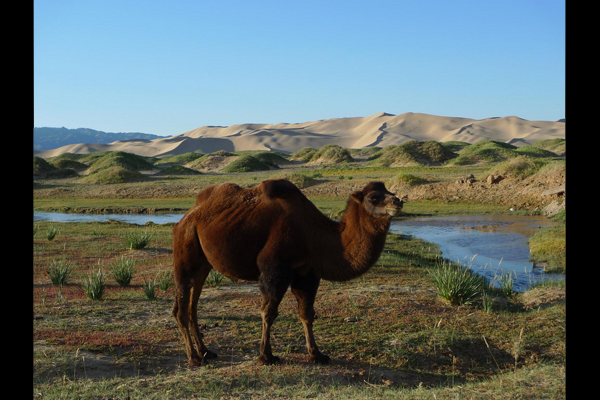 Photo of a normally-pigmented Bactrian camel by Alastair Rae.

20. Until the End of the World

This 1991 Wim Wenders-directed movie combines mystery and science fiction, family disconnection, and hitchhiking across some 15 cities in 8 countries on 4 continents including Beijing, Tokyo, and Moscow, (pictured below). 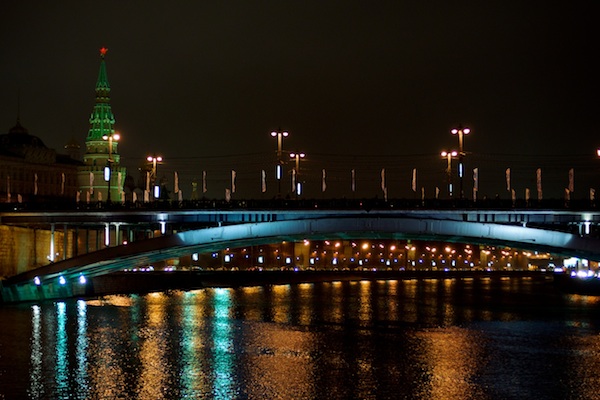 Photo of Moscow at night by dobrych.

Whale Rider is set in a rural oceanside village where a Maori grandfather is convinced that his deceased newborn grandson was to be the next leader. The deceased child’s twin sister survives to try to win her grandfather’s love and be the much-awaited link to the community’s ancestors. Families show their love differently in different countries, and its is something I think about quite a lot while travelling. And the scenery is part of what made me go to New Zealand earlier this year. 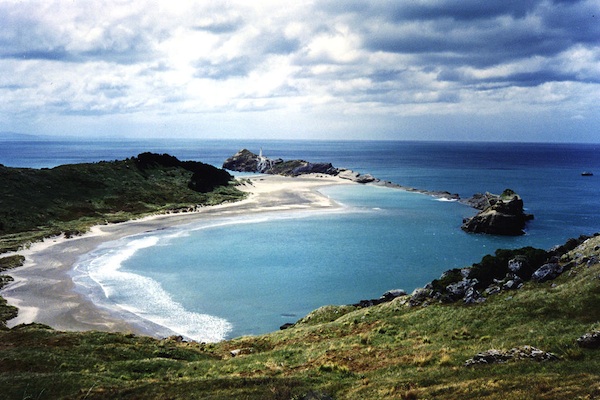 Y Tu Mamá También features two teenage boys and an older woman on a roadtrip through Huatulco and Oaxaca, Mexico, allegedly looking for a paradisaical beach. About the movie, Julie Schwietert, said “What I love…is that it helped me realize that the road trip is not a uniquely American rite of passage, and that I very much wanted to explore Mexico, preferably by car, and preferably with someone who was sexy, fun, and who would console me when I cried listening to Marco Antonio Solis sing “Si No Te Hubieras Ido.” Eventually, I did.” 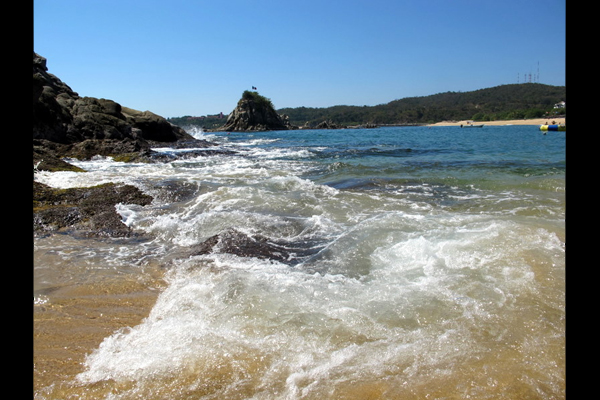 This is the brainchild of UK musical duo 1 Giant Leap. Unfortunately it has not been released (yet) in North America but can be bought online from the UK or Australia. Jamie Catto and Duncan Bridgman travel to 50 locations around the world and film musicians, singers, and dancers and weave in interviews with spiritual and philosophical teachers about life’s big topics. The movie explores “the complexities of human nature on a global scale and aims to reveal how we are all connected through our creativity and beliefs, but most of all through our collective insanity.” Carlo Alcos says that it’s the insight into the different cultures and the connections made with the people they visit that inspire him to travel. 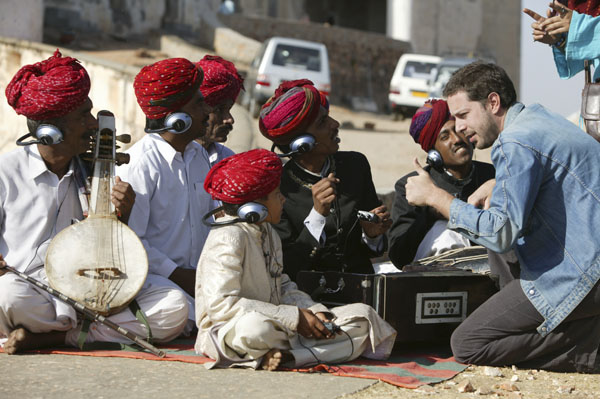 Have we got your feet itching? What movies make you want to travel?

Prev Page
Tagged
Entertainment
What did you think of this story?
Meh
Good
Awesome

‘Dune’ and 5 more epic movies filmed in Jordan’s Wadi Rum desert
Why does ‘yellow filter’ keep popping up in American movies?
The 50 greatest campfire songs of all time
This visualization shows the world’s tallest buildings over the past 100 years
This map shows the most popular film in every country