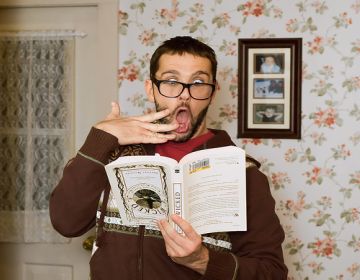 Here we go, just a few days left in this God-forsaken decade. Well, it hasn’t been all bad, but we certainly are in for some changes in the next decade, no doubt (or, so we hope).

The same is true when it comes to travel – there are new fads and traditions already on the horizon. So why not take a little gander at what’s in store?

Thanks, Mark Morford, for your inspiration, as always.

Oh, things certainly have changed since my day. To think, I spent five months in Italy in 1999 without sending a single text, much less participating in any kind of sexting (apparently a media term, not what the kids are calling it). I’m not sure the same could be said about the cigarette-chomping, cell-phone jabbering teenage Italians that surrounded me on the trains, if texting existed then.

Nonetheless, if America’s youth tells us anything about the world (and you know it does), probably at least a third of the kids you will encounter in most parts of the world, save certain areas in Asia and the Middle East, are texting a nude photo or video to a “loved” one right as we speak. Watch out in 2010, it’s just going to get hairier.

But before you text that hottie you met in Spain, give it a ponder:

Gay spiritual travel is here to stay, people. Get used to it. But please don’t use this site to book a vacation (introduction to boating?).

Astral travel, the exiting of the physical body, will be all the rage starting in 2010. Seriously. Actually, it already is – these two words show up at least 4 times a day in my Google alerts. And no, my Google alerts do not include the keywords “astral travel.” At the very least, it certainly is a cheaper and easier way to get to India.

Religion Vs. Science, With a New Twist

Religion vs. science, science vs. religion. Eh. We’ve debated it quite a few different ways here at BNT over the years, so I think 2010 deserves a new way of looking at the subject matter.

Wait! Religion Dispatches is already ahead of the end-of-the-worst-decade-ever curve. Looks like we’ve been viewing things all kinds of wrong for a while now, when all we had to do was look to the WWF (and I’m not talking about the World Wildlife Federation).

Check out Dan Mathewson and Byron R. McCane, who “reveal how the equally toothless performances of New Atheists like Richard Dawkins and creationists like Ken Ham share more with the garish world of Hulk Hogan and the Iron Sheik than with serious scholarship.” Priceless.

Rasslin’ with Religion & Science from Religion Dispatches on Vimeo.

Now you can feel comfortable debating religion and science with anyone anywhere in the world, from Israel to Kentucky. Maybe.

Being Removed From Flights

When even Ivana Trump is getting kicked off flights, whose next? Babies? Best watch what you do as you board those flights starting in 2010.

What other fantastic travel truths do you see ahead? Share your thoughts below.